Most DOMs or conductors are usually in their 30s, and it often takes a musician at least 15 years to attain such a level of professionalism. Military Expert (ME) 4 Wang, however, was appointed at the age of 24.

The Woodlands Secondary School alumnus got his first taste of conducting when he was 14. Even though it was just a small school band performance, he knew then that this was the path he was going to take.

"I thought it (being a conductor) was fantastic. It wasn't just about the instruments and music, it was about persuading the people in front of you to play what you have in mind," said ME4 Wang, who specialises in a wind instrument called the euphonium.

Although he was qualified to enter a music college after his O levels, he chose to study tourism in Temasek Polytechnic due to financial considerations. But ME4 Wang never gave up on his first love.

During those three years, he performed in the Singapore Wind Symphony and taught music so that he could afford to attend lessons in conducting. He also took this time to decide whether he was good enough to be a professional conductor.

Shortly after enlisting in 2010, he decided to audition for the SAF Band and made the cut. Calling it a milestone in his life, he said: "I felt that the best way to learn was by being in the best band and learning under the best conductors."

ME4 Wang added that the SAF Band frequently invites world-renowned guest conductors, and he was attracted by the opportunity to work with them.

Armed with a diploma in conducting and having prior experience as an assistant conductor in various school bands, he was given the chance to go for the DOM selection a year after joining the band, and was eventually selected by the SAF Music Board. He was also awarded the SAF Overseas Bandmaster's Scholarship in 2012 to study at the prestigious Royal Marines School of Music in Portsmouth, United Kingdom (UK).

As the only foreigner in the school and with peers at least a decade older, ME4 Wang felt immense pressure to do well. "I constantly reminded myself that I was not just representing myself, but also the SAF and the country, and that was a huge responsibility."

While Royal Marine musicians generally take four years to complete the degree course, the then-21-year-old finished it in two.

ME4 Wang explained that he chose to complete his degree earlier so that he could use the remaining time to enrol in a music college in Manchester. He even used his weekends to travel to countries such as Germany and Switzerland to take part in international masterclasses with professional conductors.

"I did all this so that I could learn more than what was offered. I wanted to learn as much as possible," explained ME4 Wang.

Through perseverance and sheer hard work, he emerged top of his class and became the first foreign student to receive the Distinguished Star Award. The award is usually given to the top student of the cohort and for achieving results of 90 percent and above for every subject.

Aside from getting good grades, what ME4 Wang saw in the UK reaffirmed his belief that playing military music was more than bringing notes to life.

"In the Royal Marines, I saw the crucial role that the military bands played They were revered and respected," he said.

"It's not just about delivering good music Whether it is garnering support for the military from the public or telling foreign military bands that the SAF might be a small military but we're just as good, we (the SAF Band) can send a strong message to our audience."

Bringing back the beat

Even though he is back at work, the learning never stops for ME4 Wang. In March, he flew to Switzerland at his own expense to attend a conducting masterclass. He is also sitting on the executive committee board for the Wind Bands Association of Singapore, and is often invited to guest conduct local bands.

Amid all this, ME4 Wang is working towards elevating the band's status in the SAF and showcasing how it can instil the importance of defence in every Singaporean son.

"It's not always about showing our tanks and planes and letting people know how good they are. Sometimes it can be as subtle as showing a really good professional band which represents the SAF and can fight on the same stage as any band from established militaries.

"The day (Singaporeans) can see that, things will change and people will start to look at the band differently." 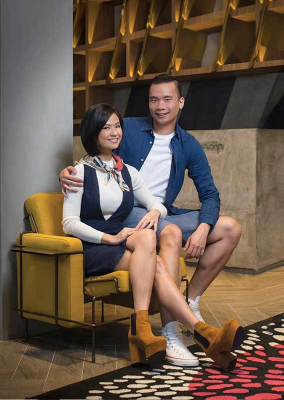 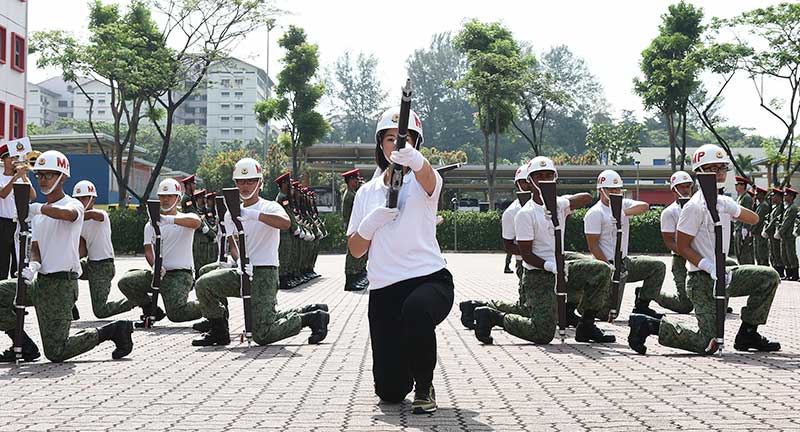