Making a difference in his soldiers' lives

SLTC Helmi enjoys his work shaping and impacting his soldiers' lives. He is pictured here in 2017 as CO of 4 SIR.
English 华文

He was one of the vigil guards at Mr Lee Kuan Yew's wake in 2015. It was a 24-hour shift and Senior Lieutenant Colonel (SLTC) Helmi had to keep his head down as hundreds came to pay their last respects to Singapore's founding prime minister.

The role was challenging but it allowed him to reflect, especially when he saw how some of the older generation cried because they appreciated what Mr Lee had done for Singapore.

"It reinforced a sense of duty and service to the country… (And) that at the end of my public service profession, I endeavour to make a difference in the lives of the people, however small it may be."

Making a positive impact on people's lives, leading and teaching them – these were the traits that drove SLTC Helmi to become a Regular in the Army in 2004.

As a young platoon commander during his National Service (NS), he realised that he enjoyed guiding his soldiers – and that sealed the deal.

Since then, the 38-year-old has taken myriad appointments, including being a staff officer in both G6 Army and 3rd Singapore Infantry Brigade (3 SIB) as well as Commanding Officer (CO) of 4th Battalion, Singapore Infantry Regiment (4 SIR).

The father of one has also served three Presidents as an honorary aide-de-camp for 11 years, including the late Mr S. R. Nathan, Mr Tony Tan and President Halimah Yacob.

In April 2020, SLTC Helmi (front row, second from right) was seconded to MCI as the deputy director of both the industry division and strategic planning division.

In his two-year stint there, he had the opportunity to shape MCI's infocommunications, technology and media policies, as well as to grow the tech talent in Singapore.

He also learnt to anticipate emerging digital technology trends such as cybersecurity data and artificial intelligence, and see how they translated to capabilities that Singapore needs to prepare for.

Come 7 Jul, SLTC Helmi will take up his new appointment as Commander of 2nd Singapore Infantry Brigade (2 SIB), where he will be training both active and operationally ready NS units.

Even though he has risen through the ranks over the years, SLTC Helmi has never forgotten his first love – interacting with and impacting people's lives.

Recalling an incident in 2009, he shared that he encouraged one of his full-time national servicemen (NSFs) to pursue higher education as the latter did not know what to do after his NS.

"I asked him if he was interested in studying chemical engineering and after talking through the financial considerations, we went through the higher NITEC application process together," said SLTC Helmi, who was a platoon commander (PC) in 1 SIR back then.

They met a few years later, and the soldier sought SLTC Helmi's advice again – this time on whether he should pursue a polytechnic diploma. He eventually did, and is currently working in as an operator in energy and petrochemical company Shell.

"When I look at what he's doing now and how he's a father of two, I think back on those conversations we had and I hope I was instructive in allowing him to make certain life decisions to get him to where he is today."

SLTC Helmi (centre) inspecting an ORD (Operationally Ready) parade when he was CO of 4 SIR in January 2020.

In another incident, SLTC Helmi encountered an NSF whose parents were diagnosed with Stage 4 cancer. As the eldest of three siblings, the soldier was at his wits' end about paying the bills and supporting his family.

SLTC Helmi, who was CO of 4 SIR then, rallied his team of officers to help the soldier get financial aid.

Even though the soldier has left his charge, SLTC Helmi still checks in on him from time to time to see how he is doing.

"When I see soldiers like them, it inspires me. They may have a lot on their plate but they are still doing NS and they don't complain. In fact, they still give their best," said SLTC Helmi.

Much as he loves interacting with his soldiers, SLTC admits that he is also a tough commander.

"I'm believe in tough love, so I'm quite harsh on them but I hope that they understand where I'm coming from. I think this is why they won't forget me also," said SLTC Helmi with a laugh.

Now that he has a 10-month-old son, SLTC Helmi finds himself at the receiving end of fatherly advice from the same soldier whom he once guided to pursue higher education.

"It's like one big family in the Army. I might once be your commander but in reality, we've become really good friends and see each other as an extension of family. In actual fact, I see all my men as my brothers."

Laying the foundation for future NSFs

On 1 Jul, SLTC Helmi will be promoted to the rank of Colonel.

He is among 778 uniformed personnel from the Ministry of Defence (MINDEF) Headquarters, Army, Navy, Air Force and Joint who were promoted at a ceremony held at MINDEF on 30 Jun. The changes in rank will take effect on 1 Jul.

SLTC Helmi sees his promotion as an opportunity to effect change at a much bigger level and lay the foundations for future generations of NSFs.

For instance, in his upcoming role as Commander of 2 SIB, he is looking at how he can help improve the experience of his soldiers, especially since he's had his eyes opened to an array of digital transformation during his stint in MCI.

"I'm aiming to shape a ground-up innovation culture to enhance soldiers' experiences. I want to re-look the way we run our operations on a daily basis, and use digital technologies to ease processes as simple as booking in and out."

SLTC Helmi is also excited about interacting with Operationally Ready National Servicemen (NSmen) for the first time in his new appointment.

"During my secondment in MCI, I saw how my NSman colleagues have to juggle between work, family and NS. In spite of all these responsibilities, their commitment to NS and the defence of Singapore is very high so I have a deep appreciation of them."

This is why SLTC Helmi wants to make a difference, guide and influence his NSF soldiers positively as much as possible – because they represent the future generations of NSmen.

"During NS, they are in the midst of a critical crossroads in their lives so I want to train them hard, impart the right values and lay the proper foundations so that NS remains relevant and important," said SLTC Helmi.

"I truly appreciate being a commander and I will treasure every opportunity to shape the lives of my soldiers positively." 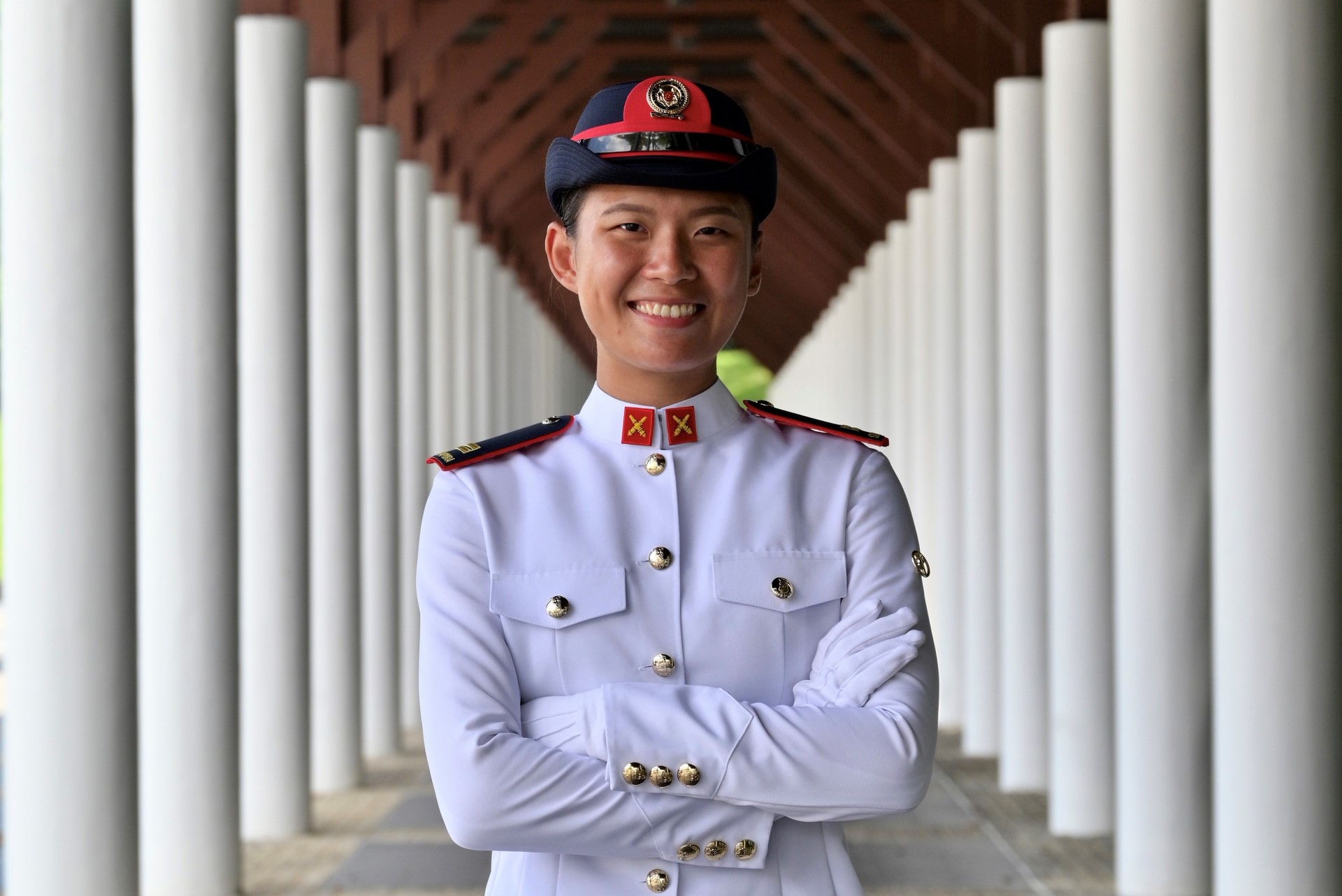