2WO Lam has trained a range of trainees – from young secondary school cadets to his fellow Commando Regulars.
English 华文

He has trained them all – from tough Commando Regulars and recruits, to young National Cadet Corps (NCC) cadets and Operationally Ready National Servicemen (NSmen).

Now, as the Assistant Chief Trainer at the Kranji Fitness and Conditioning Centre (FCC), 2nd Warrant Officer (2WO) Lam Wai Keung oversees a range of training programmes – including the NS FIT programme and Individual Physical Proficiency Test (IPPT) for NSmen, as well as the Standard Obstacle Course for active soldiers.

The 46-year-old is built like a mountain – tall and tough – and exudes an earthy calm; he refers to his trainees as "clients".

He takes a different approach when dealing with different trainees but, as a rule of thumb, does not believe in scolding. "When you raise your voice or when you scold, it makes the relationship and training ineffective," said 2WO Lam, who is a Commando by vocation.

Instead, he prefers to train with a softer approach while enforcing discipline: "No matter the trainees, you have to give them encouragement so that they are interested in training and will not give up easily."

2WO Lam (second from right) watching out for an NSman during an NS FIT session at Kranji FCC.

From training recruits to NSmen

2WO Lam first enlisted in 1998 as a Commando specialist. He took on various trooper and trainer roles, including stints at the Commando Training Institute (CTI).

During his time there, he participated in Operation Flying Eagle 2004 as part of the Singapore Armed Forces' quick reaction force that conducted tsunami relief efforts in Aceh, Indonesia.

In 2016, he was posted to Headquarters NCC as a Company Sergeant Major, before heading to the Centre of Excellence for Soldier Performance (CESP) in 2020.

There, he served as a Combat Fitness Trainer at the Soldier Fitness Centre for a year – conducting basic combat fitness courses and lifesaving courses – before taking on his current role.

2WO Lam (far left) with his NCC cadets during the 2018 Konfrontasi Memorial held at McDonald House.

Cracking jokes to ease the nerves

Among his appointments, 2WO Lam was the most strict when he took on the Basic Airborne Course at CTI – which trains the proficiencies of the Army's combat parachutists for heliborne insertion.

"We have to encourage them to perform their drills properly. Not for show but because every position (they take) will directly impact their landing," said 2WO Lam, on the parachute training.

As many trainees had a fear of heights, 2WO Lam often helped them relax when they were too tense to perform well. To do this, he would sometimes crack jokes with them.

For one, parachutists have their arms above their heads while manoeuvring their parachute. If their posture was lopsided, 2WO Lam would tease his trainees by joining his own hands above his head to make a heart shape.

"After the laughs, I would of course say 'Okay back to training', and they would know it was time for serious business," he explained.

A trainee leaping out of a Chinook helicopter during the aircraft jump of the Basic Airborne Course. [File Photo]

At the Kranji FCC, 2WO Lam cuts a similarly attentive figure as he supervises the training of NSmen, watching them and rectifying their mistakes.

His efforts were noticed by 3rd Sergeant (NS) Kelvin Bau, who wrote in to the unit to commend 2WO Lam for helping him with his push ups.

"(I'm) truly grateful to (2WO) Lam for going beyond the call of duty to mentor and monitor my performance when I took my IPPT. Not only did he patiently correct my errors, he even personally demonstrated the right actions," read the email.

"He was observant and very approachable… His guidance was also specific and helpful."

With 2WO Lam's guidance, 3SG (NS) Bau corrected his posture and passed his IPPT on his third attempt.

2WO Lam (far right) guiding an NSman on his workout posture during an NS FIT session at Kranji FCC.

2WO Lam admitted that it was a breeze to train those interested in learning. For NSmen who were more bo chup (Hokkien for indifferent), he would focus on slowly motivating them.

"After every session, I'll tell them, 'Well done, good session'. I'll tell them that working out, even if just for 10 or 5 minutes, is still better than doing nothing," he said.

His efforts pay off when he sees his trainees improve. "That's the thing – no matter what kind of training I've given – to see the trainees' improvement, to help them overcome their fears, overcome the hurdles: That's the greatest satisfaction I get as a trainer." 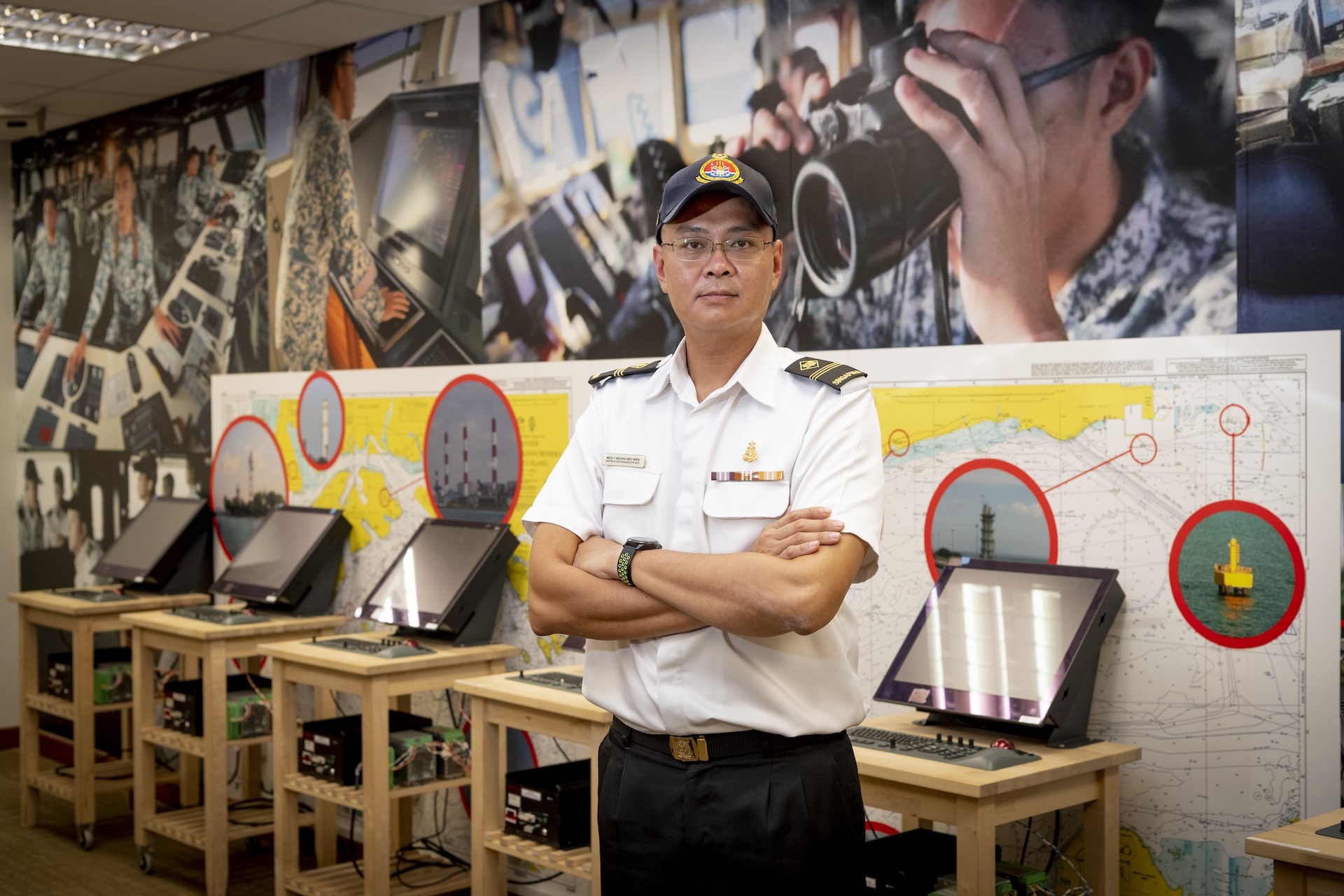 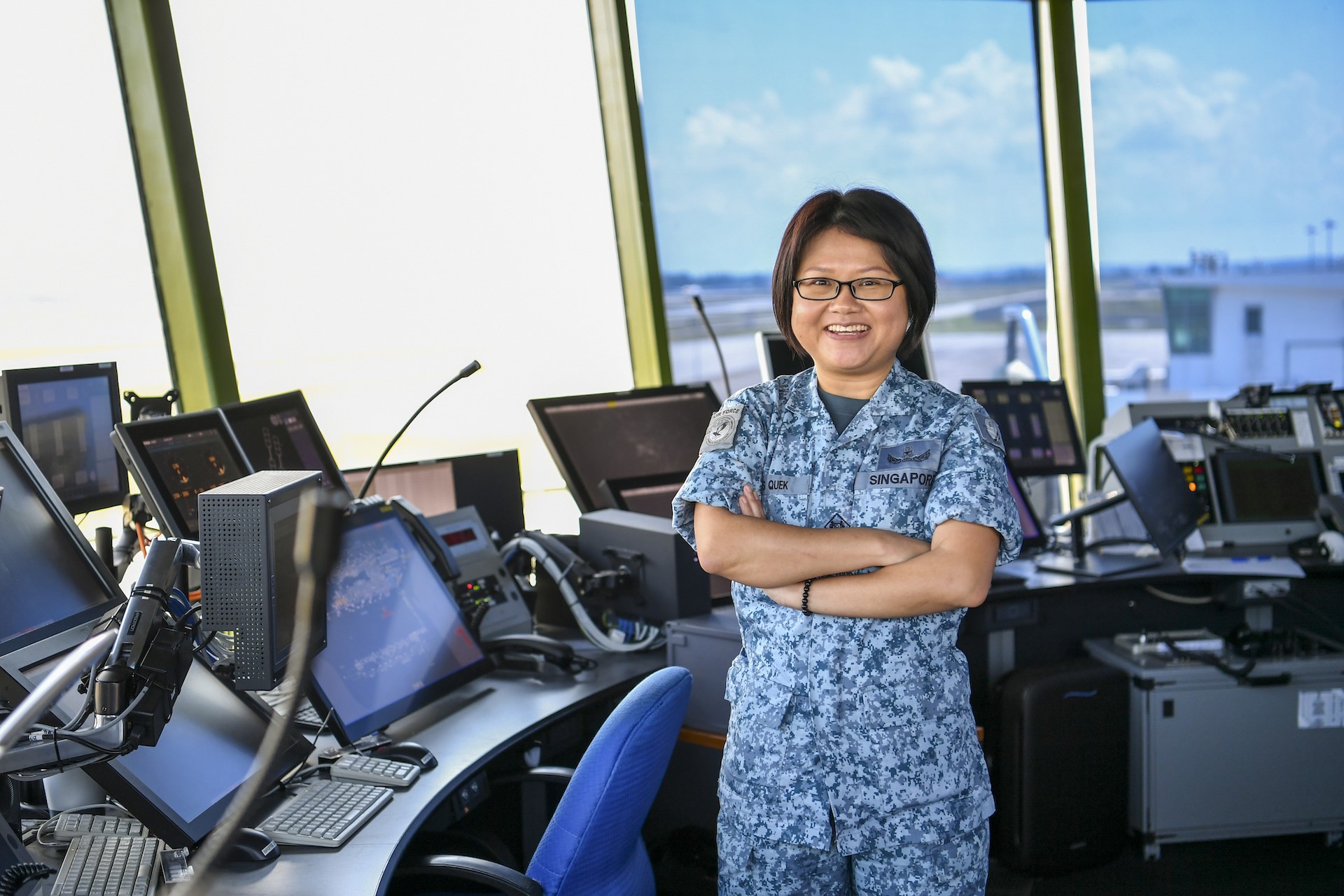