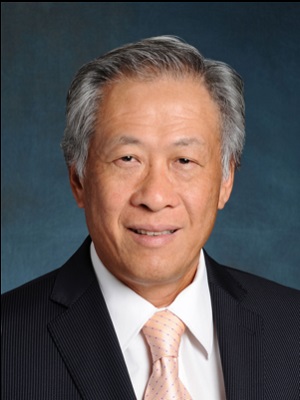 Some examples of MINDEF/SAF's efforts in defence diplomacy to promote regional peace and security include:

Enhancing our Peace and Security

Island defences and surveillance capabilities will be beefed up, to better secure Singapore.

Building the Next Generation SAF

We will modernise the Next-Generation SAF, enabling better responses to security threats across the three Services.

F-35s will replace the RSAF's F-16s post-2030. MINDEF will issue a Letter of Request to the US for an initial acquisition of four F-35s before deciding on a full fleet. The price of F-35s has been steadily falling with strong demand from countries around the world. The total cost of ownership of a fleet of F-35s (including maintenance) across its lifespan will also be similar to that of the F-15SGs.

MINDEF will continue to work with the US Department of Defense to optimise operating and maintenance costs. The RSAF will take delivery of H225M medium-lift and CH-47F heavy-lift helicopters to replace the existing Super Puma and Chinook fleets, from 2020 onwards. These new helicopters will add capacity, and be more effective in conducting peacetime Search and Rescue or Humanitarian Assistance and Disaster Relief operations.

The new Multi-Role Combat Vessels will replace the ageing Victory-class Missile Corvettes, which have served with distinction since 1989. Delivery is expected to begin from 2025, with full delivery expected around 2030.

Besides improving capabilities, the new MRCVs will be custom-built for lean manning and incorporate technologies to automate certain functions. This results in the MRCV using less manpower – about half the size found in modern frigates. In addition, this will result in operational cost savings of up to 10 per cent, compared to similar-sized frigates.

The MRCVs will also have unmanned air and sea drones to extend their reach and flexibility against threats.

The ageing Landing Ships Tank will also be replaced in the next decade by larger and more flexible Joint Multi-Mission Ships. Next-Generation AFVs will replace the M113 Ultras from this year onward. These AFVs have better armoured protection and mobility through urban environments. The Army will also see the addition of Next-Generation Howitzers with extended range and the ability to conduct precision strikes.

The Next-Generation SAF of 2030 and Beyond

We will build a modern and capable SAF that can defend Singapore for another generation. By SG75, we will have a state-of-the-art coastal surveillance network and air defence systems to form a shield against incoming threats.

Operating with a Leaner Manpower Pool

The SAF of 2030 and beyond has been designed to be operated with a leaner manpower pool, and factors in the reduction of manpower supply by a third after 2030.

Click the images below to view larger versions of the infographics. With the acquisition of hardware, we will also invest more into building training facilities for more effective outcomes for SAF soldiers, both locally and overseas.

Enhancements and Upgrades to SAFTI City

SAFTI City will complement traditional terrains with urban settings to better prepare our soldiers for a wide variety of operations. SAFTI City will be a wired city, with greater use of simulation and detailed monitoring, to help our soldiers to learn better. More roads and bridges are being built so that motorised and mechanised troops in Army vehicles can start training there this year.

The training area at Shoalwater Bay will be expanded, and there will be new developments at the Townsville Region in Northeast Australia.

Under the Singapore-Australia Comprehensive Strategic Partnership, new facilities such as Instrumented Combined Arms Air Land Ranges and Urban Operations Live-Firing Facilities are on track to being built. When completed, troops can be trained for up to 18 weeks annually, a significant increase from the current 6 to 7 weeks. Cyberattacks and misinformation could pose digital dangers. As a multicultural and multi-religious society today, we must not let falsehoods pit social groups against one another.

We have strengthened Total Defence with a new Digital Defence pillar. Every individual is at the forefront of Digital Defence. As a whole-of-nation effort, MINDEF has been working with various Government agencies to fortify Singapore and Singaporeans against digital threats.

Working with the National Library Board, all recruits going through Basic Military Training (BMT) will attend an information literacy workshop to equip them to better recognise and deal with fake news and deliberate online falsehoods.

Other MINDEF/SAF personnel will be similarly educated and inoculated against hostile information campaigns and fake news, as well as strengthen cybersecurity awareness through enhancing existing curriculum and learning journeys.

"Guardians of the City"

To reach out to youths, the "Guardians of the City" card game has been refreshed to include threats from the digital domain. This will help students better understand these threats and how they can play a part.

National Servicemen are our most precious resource. As they protect our homes and families, we want to show them our support and encouragement.

National Servicemen must undergo tough, safe and realistic military training in order for the SAF to be an effective fighting force, capable of safeguarding Singapore's sovereignty.

Beyond individual incidents, MINDEF/SAF seeks to enhance safety of the NS training system as a whole, and at every level of responsibility.


NS Hub as a Central Facility for the NS Community

A new NS Hub (to be located opposite Cashew MRT station) will enable servicemen to easily access various services which are now scattered across Singapore. NS-related service centres (e.g. CMPB, Medical Centres, Fitness Conditioning Centre and e-Mart) will be co-located at the NS Hub. The NS Hub will be built as a smart complex using modern technology for a seamless, user-friendly experience. The Hub will be ready by 2023. From 1 March 2019, NSmen will not be required to notify the MNC and Home Team Overseas Notification Centre (ONC) of their overseas travel of less than six months, which can be done via NS Portal or text today. Servicemen will still be required to ensure contact details are kept up to date on the NS Portal. Other exit control measures will continue to apply, and could be tightened if the need arises.

"SkillsFuture@NS" is a suite of initiatives that aim to support NSFs' transition to higher education or the workplace. These include:

A digital repository called "NS Memories" is in the works, which will allow servicemen to share their personal NS memories and experiences online. A trial will be conducted with an active infantry unit this year.