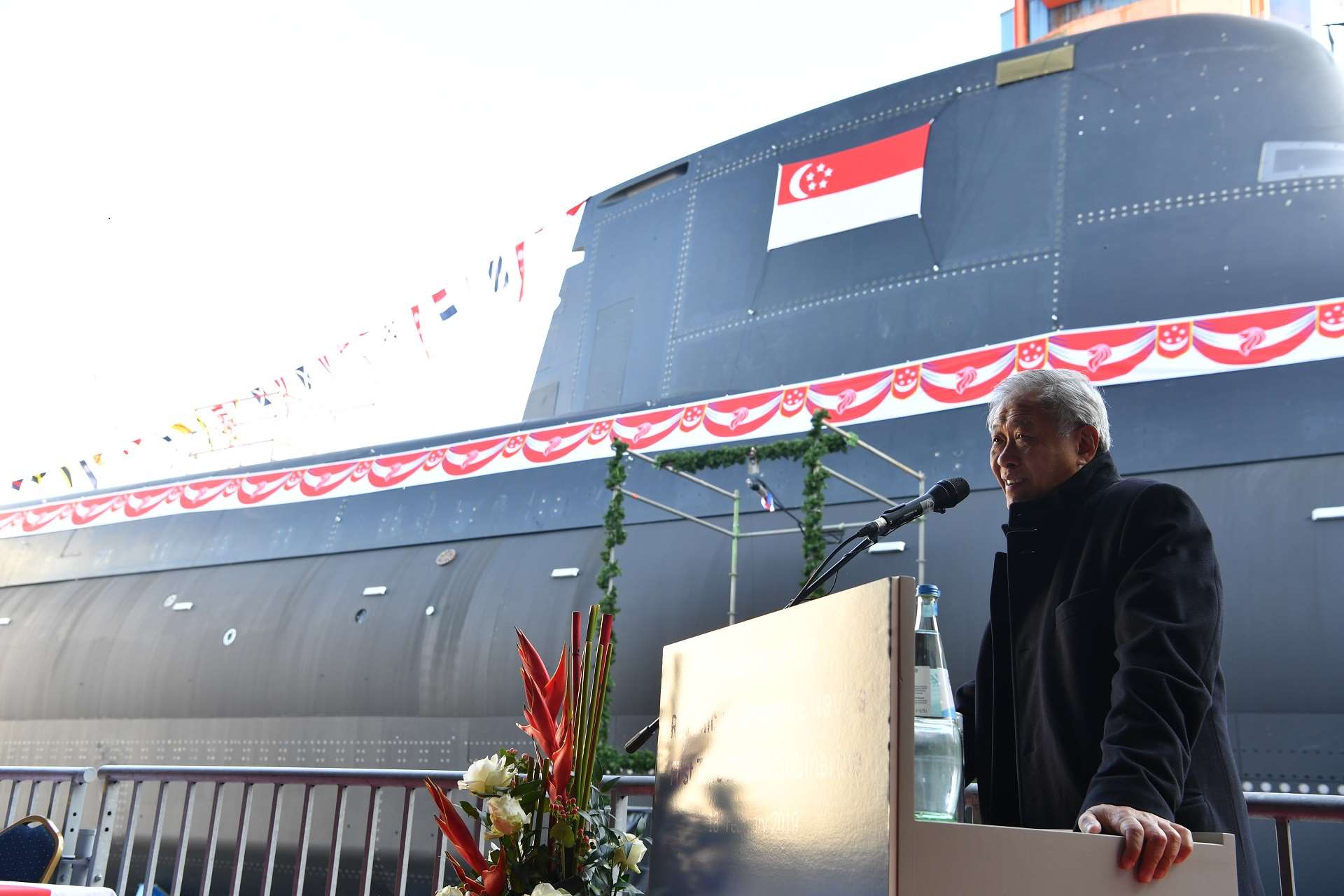 Minister for Defence Dr Ng Eng Hen delivering the address at the launch of the Republic of Singapore Navy's first customised submarine, Invincible. 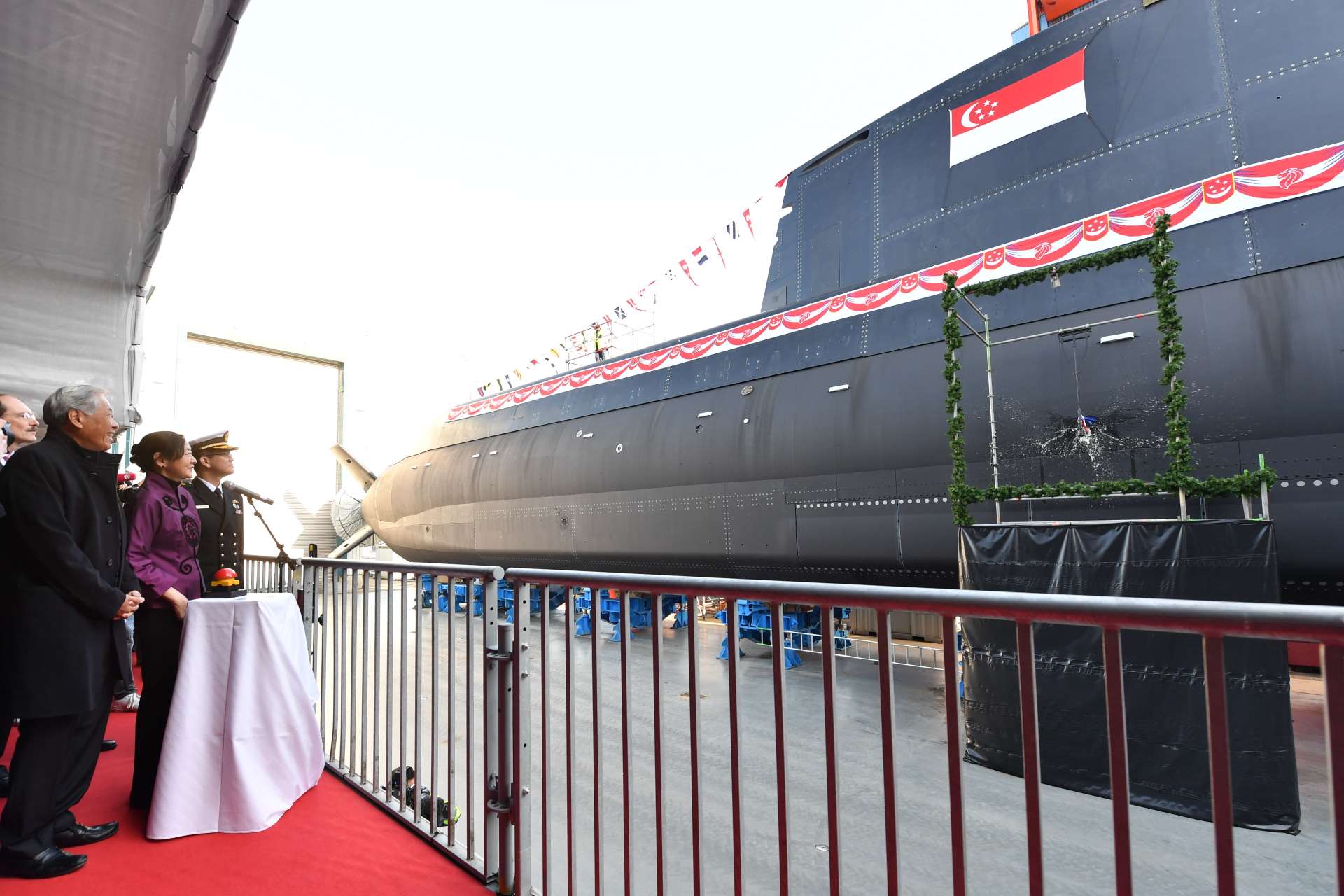 Speaking at the ceremony, Dr Ng highlighted that, "The RSN plays a key role in keeping [the] Sea Lines of Communications (SLOCs) open, not only for Singapore, but indeed, for the world. And the maritime environment around Singapore also faces security challenges… In this context, the acquisition of the new Type 218SG submarines is timely." He added that that the new submarines were designed based on experience and expertise garnered through more than two decades of operating submarines, and the launch of the Invincible marked a significant milestone in the RSN’s submarine capability.

Invincible is the first of four customised submarines designed for operations in Singapore's shallow and busy tropical waters. Custom-built to Singapore's needs, the new submarines will possess longer endurance and higher payloads. Following the launch, Invincible will undergo a series of sea trials before delivery to Singapore in 2021. The remaining three submarines are under construction. Dr Ng also announced the names of the remaining three submarines – Impeccable, Illustrious, and Inimitable.

The launch of Invincible is testament to the warm and growing defence ties between Singapore and Germany. Bilateral defence relations have strengthened with the signing of the enhanced Defence Cooperation Agreement (eDCA) in 2018. The eDCA paves the way forward for cooperation in areas of mutual interest, such as in submarine training, defence technology and cyber defence. Both countries also cooperate and interact widely through high-level visits and dialogues, military exchanges, cross-attendance of professional courses and technology collaboration.

Dr Ng was in Germany to attend the Munich Security Conference from 15 to 17 Feb 2019, where he spoke at the conference and had bilateral meetings with his foreign counterparts.