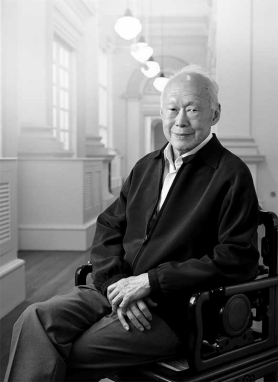 When Singapore was thrust into independence in 1965, Mr Lee was acutely aware of the vulnerability of our tiny island-state. Among his pressing concerns was the security of the fledgling nation that had just been separated from Malaysia.

Then, Singapore faced the danger of attacks due to Indonesia's armed campaign of Konfrontasi.

"Suddenly, we're on our own. We have to defend ourselves You have to build an army, navy, air force, control and command systems, early warning in the sky and so on," Mr Lee recounted during an interview with the International Herald Tribune in 2007.

With the impending withdrawal of the British troops by 1975 (which was eventually brought forward to 1971), there was an urgent need to shore up a fragile defence that had only two infantry battalions.

Mr Lee asked the late Dr Goh Keng Swee, then Minister for the Interior and Defence, to build up the Singapore Armed Forces (SAF). As Prime Minister then, Mr Lee personally sought foreign assistance to kick-start the process.

"I wanted the defence plan to aim at mobilising as large a part of the population as possible, in order to galvanise the people in their own defence while they had this strong feeling of patriotism as a result of their recent experiences," Mr Lee wrote in his memoirs From Third World to First.

Prime Minister Lee Hsien Loong noted in his eulogy that his father had personally persuaded parents to entrust their sons to the SAF. "He succeeded, first because he led by example. His two sons did NS just like every Singaporean son... Secondly, people trusted Mr Lee, and believed in the Singapore cause. Therefore today, we sleep peacefully at night - confident that we are well protected."

In 1968, Britain threw Singapore a bombshell when it announced that its troops would be withdrawn four years earlier than planned. Singapore was not ready for self-defence; its first batch of 900 national servicemen was still in training.

But Mr Lee's strong ties with members of the British government helped to delay the withdrawal of their troops to late 1971, buying Singapore an extra nine months to beef up its defence with an Air Force and Navy.

Over the years, Mr Lee also tapped on his friendships with other world leaders to secure training space for the SAF in Brunei, Thailand, Australia and New Zealand.

To attract the best talents to the SAF, Mr Lee mooted the SAF Overseas Scholarship scheme in 1971, which Dr Goh refined. He explained in his memoirs: "Without a yearly intake of about 10 of our best students, the SAF would have the military hardware but without the brain power to use them to best advantage."

Despite decades of peace and security, Mr Lee continued to believe that a strong SAF was critical for Singapore's continued survival.

"From the day we started, I knew that we needed a strong SAF and I believe that still remains today. Without a strong SAF, there is no economic future, there is no security," Mr Lee told SAF officers at the Temasek Society's 30th anniversary dinner dialogue in 2012.

In his twilight years, Mr Lee wrote books so that the new generation of Singaporeans could learn from his experience. "My abiding concern for Singapore arises from my belief that the younger generation, especially those below 35, had never seen the harsh economic conditions. They therefore do not know the threats we face from neighbouring countries," he wrote in Hard Truths to Keep Singapore Going.

We thank Mr Lee for building the nation. Your legacy will be remembered for generations to come.

"If you, who are growing up, do not understand that you have to defend this, then in the end, we will lose. Other people will come, smack you down and take over."

The SAF's top brass guarding Mr Lee's casket during the first vigil guard duties in the morning of 25 Mar.

Vigil guards, comprising Singapore Armed Forces (SAF) officers, solemnly stood in formation to guard Mr Lee's casket as his body lay in state at the Parliament House from 25 to 28 Mar.

The casket was draped with the national flag, positioned such that the crescent moon and stars lay over the head and close to Mr Lee's heart. The custom originated on the battlefield where flags were used as makeshift palls to wrap around fallen soldiers.

During the funeral procession on 29 Mar, a gun carriage carried Mr Lee's body to the University Cultural Centre (UCC) for the state funeral. The tradition dates back to the 1800s when horse-drawn carts for carrying artillery shells were used to clear fallen soldiers from the battlefield.

Four ceremonial 25-pounder guns fired a 21-gun salute, followed by an aerial salute from four Republic of Singapore Air Force Black Knights. Patrol Vessels RSS Dauntless and RSS Resilience conducted a ceremonial sailpast off Marina Barrage. As the cortege arrived at the UCC, a line of honour formed by 48 military policemen inverted their weapons and bowed their heads to accord Mr Lee the State's highest respect.

At the end of the state funeral, a lone bugler from the SAF Band sounded the Last Post - representing a final salute to Mr Lee.

A minute of silence was observed before a bugle call known as The Rouse was sounded as a symbolic call back to duty after respects had been paid to Mr Lee. 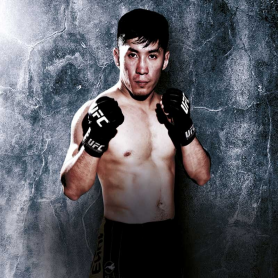 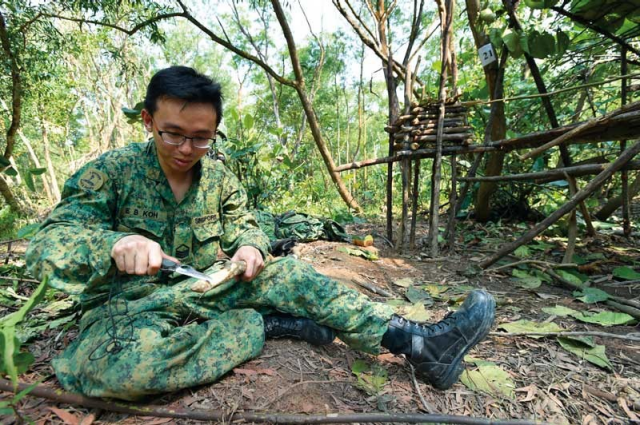 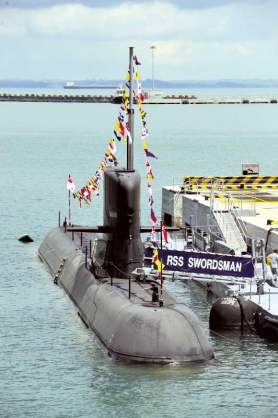 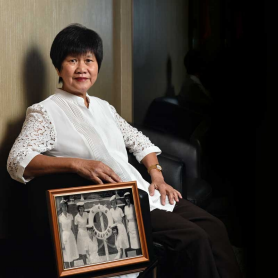 A mine-blowing experience
TECHNOLOGY
05-May-15
Next Article:
Last Updated on 11 Sep 2018