The Singapore Armed Forces (SAF) should enhance its safety culture by ensuring that all servicemen take personal ownership of safety. Special emphasis will be placed on its Operationally Ready National Servicemen (NSmen) so that they are fully aware of all safety regulations and procedures.

This was one of the Committee of Inquiry's (COI's) recommendations that Minister for Defence Dr Ng Eng Hen shared during a Ministerial Statement on 6 May. He also revealed the COI's findings on the training incident that led to the death of Corporal First Class (CFC) (NS) Aloysius Pang.

An armament technician from the Forward Maintenance Platoon, CFC (NS) Pang sustained chest and abdominal injuries while carrying out repair works in a Singapore Self-Propelled Howitzer (SSPH) during his In-Camp Training in New Zealand earlier this year. The 28-year-old went through several surgeries at Waikato Hospital but succumbed to his injuries four days later on 23 Jan.

During the incident, there were two other personnel in the SSPH – a 3rd Sergeant NSman gun commander and a Regular Military Expert (ME) 2 armament technician.

The COI's investigations determined that there was non-compliance with Standard Operating Procedures (SOPs) and safety breaches, which led to the training death of CFC (NS) Pang.

All three personnel did not follow the strict requirement that everyone must be in the designated safe positions during the movement of the SSPH gun barrel.

Despite receiving warnings that the gun barrel was going to be lowered, CFC (NS) Pang did not move to a safe position. The gun commander also did not ensure that CFC (NS) Pang was out of harm's way before commencing the lowering. In addition, both he and the Regular technician panicked and failed to activate the emergency stop (e-stop) buttons to halt the movement of the gun barrel.

Dr Ng noted that all three personnel had previously received adequate training and were aware that whenever the gun barrel is moved, they must be in a safe position.

"It is sad but undeniable that the direct cause determined by the COI that resulted in the death of CFC (NS) Pang was preventable had there been compliance to safety rules," said Dr Ng.

Dr Ng also spoke about the steps which the SAF has taken to strengthen personal ownership of safety and enhance safety for maintenance-related training and tasks. These include implementing a Think-Check-Do (TCD) drill as a routine part of pre-maintenance task checks, and rehearsing the pressing of e-stop buttons as part of pre-ops drills.

Although steps in the TCD drill have always been practised, it is now formalised and made mandatory for every Army technician following the Army safety time-out on 23 Jan.

This nine-step drill reminds technicians to plan their task; review the risks and mitigation measures; check the environment, equipment and even physical and psychological state of team members; and eventually conduct a dry-run by verbalising the procedures and rehearsing e-stop drills. The steps are also printed on pocket-sized cards and given to all technicians.

"This TCD enables (technicians) to go through a systematic way of going about their maintenance tasks and (it) is a process that forces them to follow through the steps," explained ME3 Dan Lu Siang.

The 39-year-old is a turret trainer from the maintenance training wing in the Army's Ordnance Engineering Training Institute (OETI) Engineering School (OES).

"Going through the dry-run enables (technicians) to know what they are supposed to do by talking (it) through before doing their job, and this will minimise (the chances of) any incident happening."

The dry-run segment proved to be especially useful for Private Miteshravin s/o Ravindran. "It is effective in painting the picture of how you're supposed to work safely and effectively," said the 21-year-old OES trainee.

"(Without the TCD), you might be missing a few key points in the sequence or the e-stop procedures. The TCD effectively reminds you how you can carry out these steps safely."

Strengthening Safety at All Levels

As part of the Army's safety enhancements, both safe and hazardous areas on the SSPH platform will be further emphasised through bold markings.

To ingrain stronger safety ownership in soldiers, the SAF is trialling the appointment of safety advocates in units to keep safety in check. All soldiers will also be required to take an annual safety awareness test which only commanders and trainers had to take.

To actively involve NSmen in safety reviews, they can give feedback on safety matters before, during and after each training activity.

In addition, medical officers will be required to undergo refresher training on helicopter-evacuation processes before being deployed for overseas medical support. New initiatives are also being explored to enhance their exposure to acute trauma care.

"We need a strong SAF that can defend Singapore but it must and can be built up without compromising the safety and well-being of our national servicemen," said Dr Ng in his ministerial statement.

"The SAF is committed to continue strengthening its safety systems at all levels, down to our soldiers, aircrew and sailors." 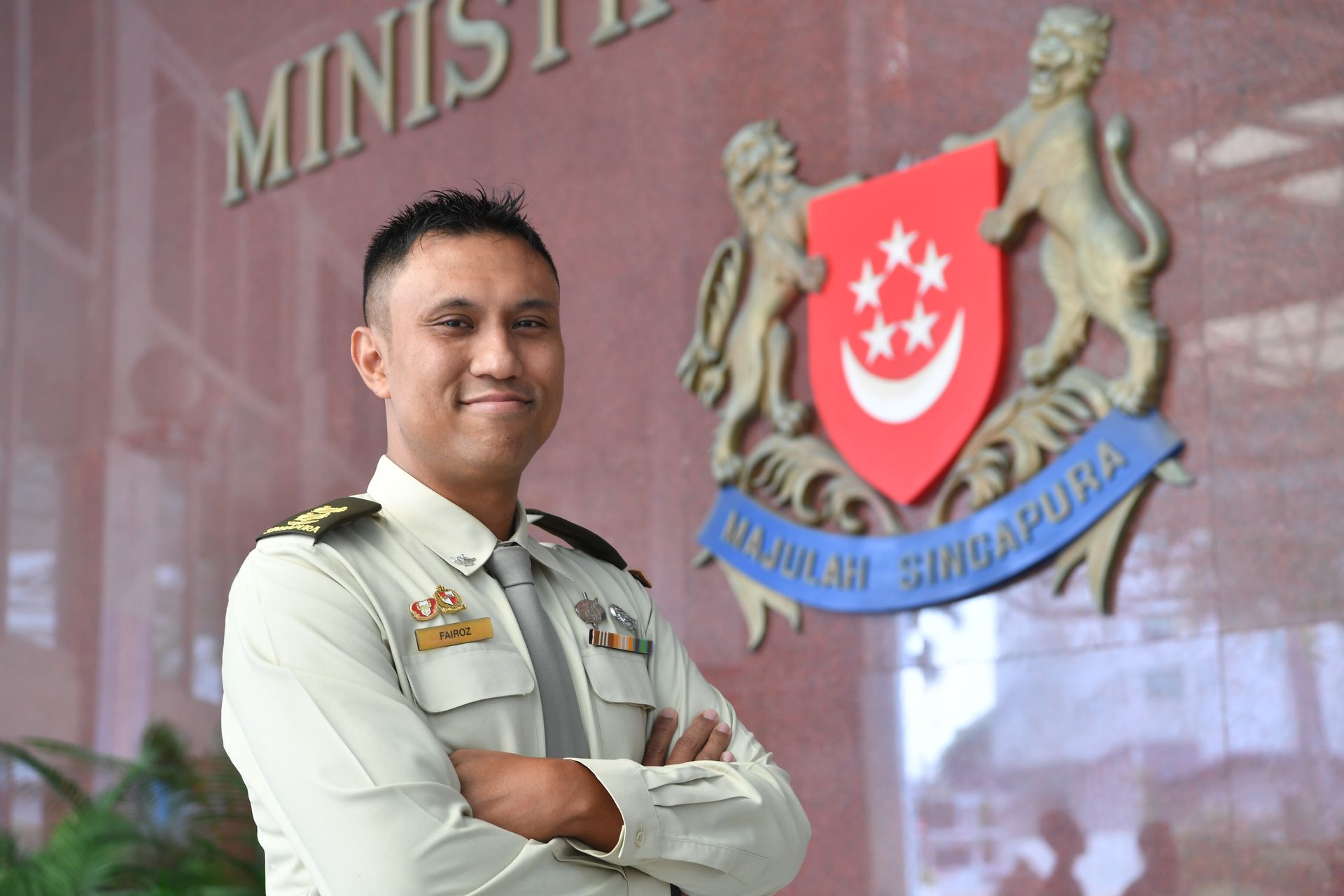 Having been with the Singapore Armed Forces (SAF) for 22 years, Senior Lieutenant Colonel (SLTC) Fairoz Bin Hassan is no stranger to military training and exercises.