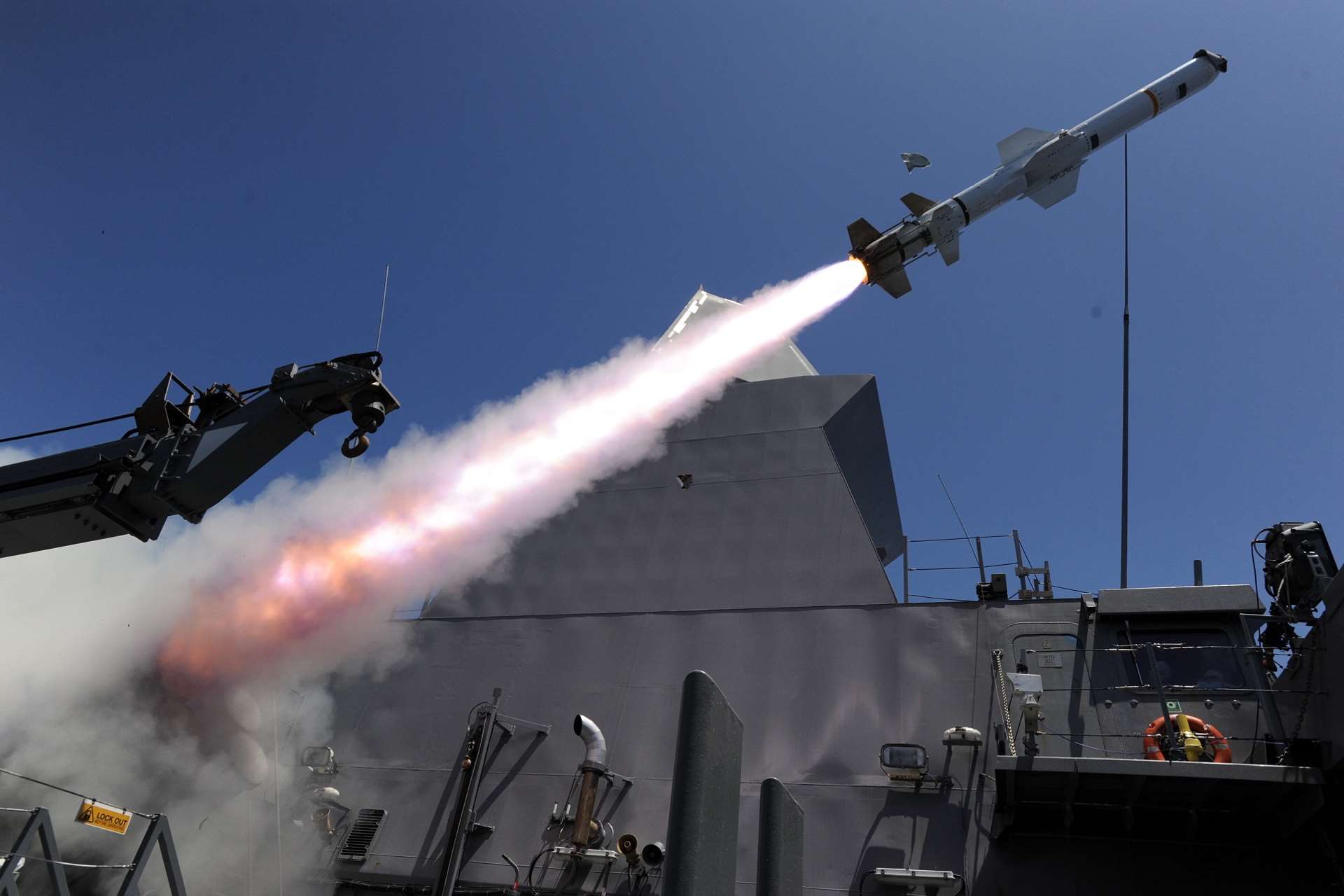 // PHOTOS by Chai Sian Liang and courtesy of RSN from Pearl Harbour, Hawaii

Out in the Pacific Ocean on 19 Jul, a suspicious vessel is spotted over the horizon.

Unable to determine its intent, RSS Tenacious scrambles the Sikorsky S-70B Seahawk naval helicopter to take a closer look. Upon confirming it to be hostile, the helicopter sent the vessel's coordinates back to the frigate.

Meanwhile, RSS Tenacious is abuzz with action as naval personnel in the Combat Information Centre (CIC) prime the Harpoon surface-to-surface missiles and target the hostile ship.

Seconds later, two missiles are fired, one after another. Both missiles hit the vessel simultaneously, sending explosive waves high up in the air.

This is one of the many scenarios played out over the 22-day sea phase of the biennial Rim of the Pacific (RIMPAC) Exercise.

The world's largest maritime exercise, which began on 27 Jun (local time), sees participation from 25 countries. A total of 41 ships, five submarines, about 200 aircraft and 25,000 personnel are involved.

The stealth frigate is one of four task unit commanders under one of the TGs. It leads five other ships from Australia, Malaysia, Peru, South Korea and the United States (US) in an Expeditionary Strike Group to conduct serialised training and mission-based scenarios in naval warfare.

In addition, the RSN plays the role of Commander Task Group, commanding four ships – one each from Chile and Peru, and two from the US – as well as helicopters and aircraft in the conduct of anti-submarine warfare.

"The sheer scale of RIMPAC will provide RSS Tenacious with the opportunity to exercise alongside established navies in high-end complex naval warfare serials. Besides training, I will be looking forward to the many opportunities where we can forge closer bonds of friendship, as well as strengthen interoperability with our partner navies," said Fleet Commander Rear-Admiral (RADM) Edwin Leong, who observed the Harpoon missiles live-firing on board RSS Tenacious.

The crew had to go through intensive training to ramp up their warfare competencies ahead of the exercise.

"They also had additional training for aviation operations with the S-70B Seahawk naval helicopter, as well as embark her for naval operations," added the 33-year-old.

As one of the few navies that does not have a dedicated air wing, it is integral that the air detachment on board RSS Tenacious works seamlessly with the ship crew for smooth naval-air operations. The S-70B Seahawk naval helicopter from the Republic of Singapore Air Force provides extended reach and sensing capabilities.

Said naval helicopter pilot Major Lou Yang, 29: "We sailed with this crew for half a month in April, even before RIMPAC started. There were a lot of good lessons learnt, challenges surmounted, and insightful discussions between the ship and the air detachment. As the sail proceeded, our relationship became closer."

When it came to firing the Harpoon missile at the target using the S-70B Seahawk naval helicopter’s sensors – tight coordination was crucial between the frigate and the helicopter. This was where the Captain (CPT) Charisia Ong, 27, comes in.

A Tactical Aircraft Coordination Officer (TACCO), CPT Ong acts as a bridge between both assets while flying on the helicopter. After locating the target, she sent its coordinates, course and speed back to the frigate.

"I have to update this position constantly as the target is moving… in order for the frigate to fire as accurately as possible."

It may be a long three months away from home, but the ever-changing tempo of the ship's missions keeps everyone on their toes and makes missing their loved ones a little more bearable.

Full-Time National Serviceman 3rd Sergeant (3SG) Tan Bin Qian volunteered to join this exercise because he felt it would be a good opportunity to learn from and interact with the other navies in the world.

Despite missing several special occasions with his family like his birthday and Father's Day, he has no regrets being part of the deployment.

"It's been fulfilling so far," said the 20-year-old Weapons Systems Operator. "I get to participate in the ship refuelling, something that I've never done before. When the helicopter is being launched, I take on the role of a flight deck specialist and help with the refuelling of the helicopter. If there's firing, we prep our gun."

When asked to comment on RSS Tenacious' participation in the exercise, Commander of the US Third Fleet Vice-Admiral John Alexander said: "Exercise RIMPAC is an opportunity to build invaluable relationships and partnerships. The relationships we are building here with Singapore, and many others, will enable us to work together to provide disaster relief, combat piracy, or conduct a wide range of maritime contingency operations when the need arises."