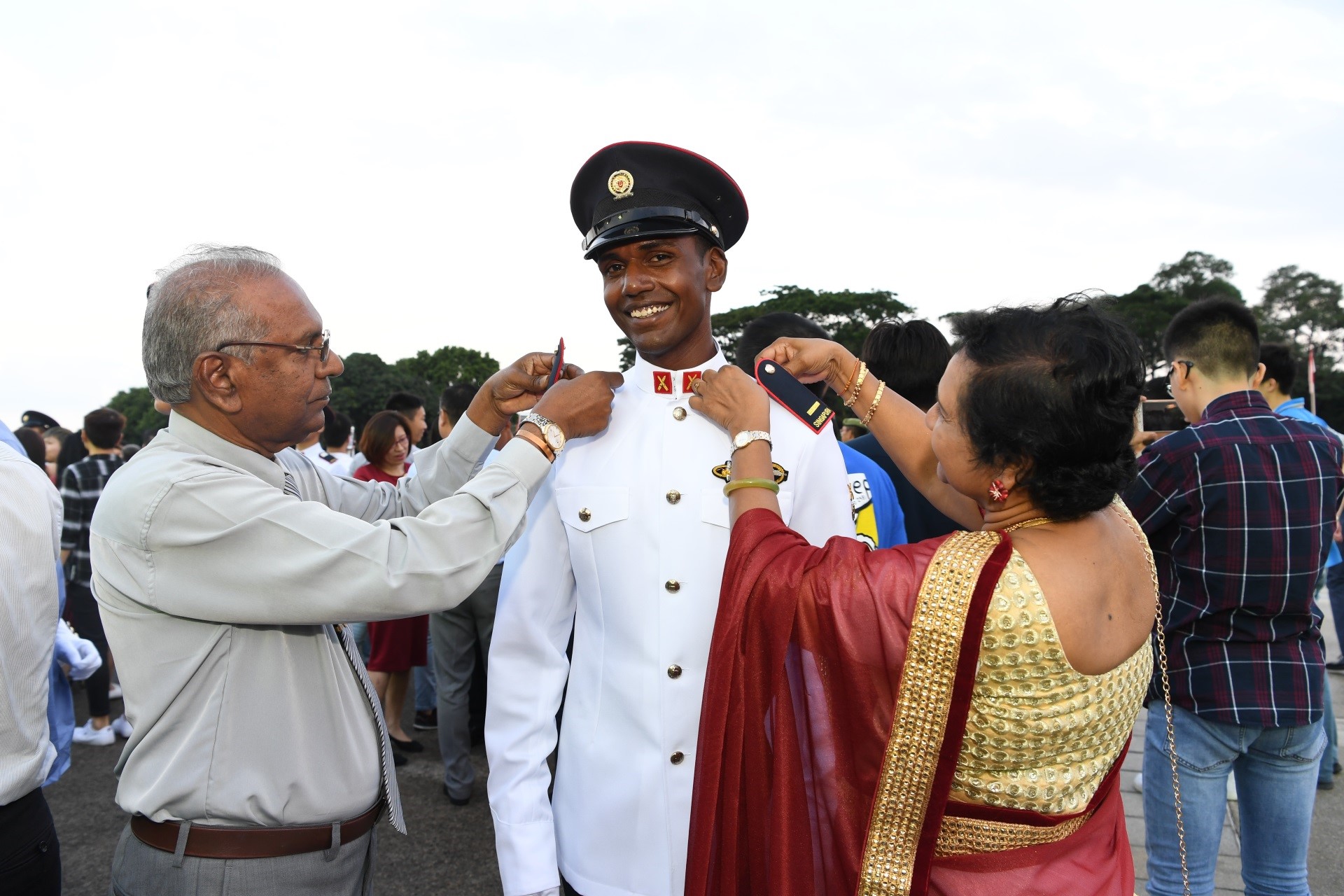 From obese recruit to Commando officer

Back when he was in the obese company in Basic Military Training (BMT), 2nd Lieutenant (2LT) Hamaran Muthayya pushed himself at every physical training.

He would clock in as many sit-ups or push-ups as he could in a 30-second rep and even add a push-up to his four-point burpee.

He shed 15kg and improved his physical fitness. He also did well in Officer Cadet School (OCS) and received the Sword of Merit award, becoming the first commissioned officer in his extended family.

The 22-year-old credits his parents – his dad is a retired warrant officer and his mum a non-uniformed personnel in the Ministry of Defence – for inspiring him to do well. "Since young they've brought me to open houses and imparted the knowledge that defence is really vital to Singapore. It is a job that has to be done."

"Being in a position to want to do it also makes the work even more meaningful," added 2LT Hamaran, who has signed on with 1st Commando Battalion where he will serve as a Detachment Commander.

He was among the 220 cadets – 159 from the Army, 26 from the Navy and 35 from the Air Force – who were commissioned as officers of the Singapore Armed Forces (SAF) at SAFTI Military Institute on 16 Mar.

Addressing the parade, Minister for Culture, Community and Youth, Ms Grace Fu, said: "The SAF enables us to protect our territorial waters, maintain freedom of navigation and assert our sovereign rights.

"Your operational capabilities, professionalism, and readiness give Singaporeans assurance that we remain ever vigilant and steadfast in our defence."

The parade marked the completion of 38 weeks of rigorous training at OCS.

Sword-of-Honour award recipient, 2LT Ang Bin Sheng, 20, hoped to do his mum proud with his commissioning. He and his two younger siblings were raised single-handedly by their mother.

"It's tough for her but even if there are problems at home, she would let me focus on my training and just update me on the weekends. That helped me balance between training and family," said the newly commissioned Air Warfare Officer.

As part of his course, 2LT Ang was the Trainee Squadron Commander and had to take charge of his course mates in the Republic of Singapore Air Force's Command, Control and Communication (C3) School.

"There was a lot of pressure to get things done, but when I handed out the work, my course mates performed their jobs well. And because of them, I managed to get through that challenging phase."

Naval officer, 2LT Muhammad Syazwan Bin Ramli, shared similar sentiments. He said it was his course mates who helped him through long nights of midshipmen training.

"We slept very little, staying up to learn our navigation, meteorology and battle procedures... We spent so much time together that we formed close friendships," said the 20-year-old.

He added that the most memorable part of his course was during his six-week Midshipman Sea Training Deployment on board Landing Ship Tank RSS Endeavour. "When we went for deployment, we're actually on the bridge and commanding as Midshipman of the Watch and navigating the ship.

"It was fulfilling to be able to see that the long nights we've spent paid off." 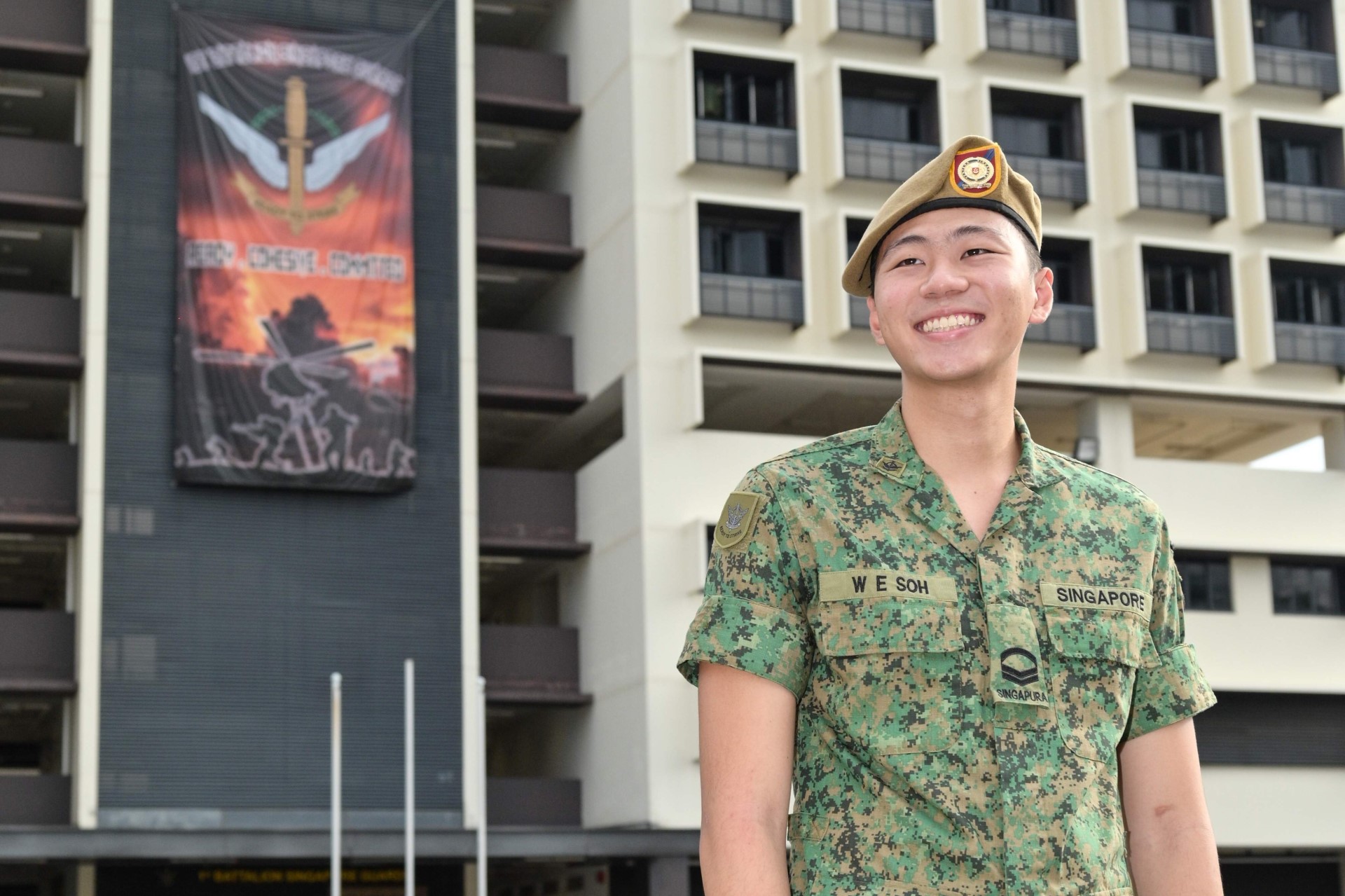