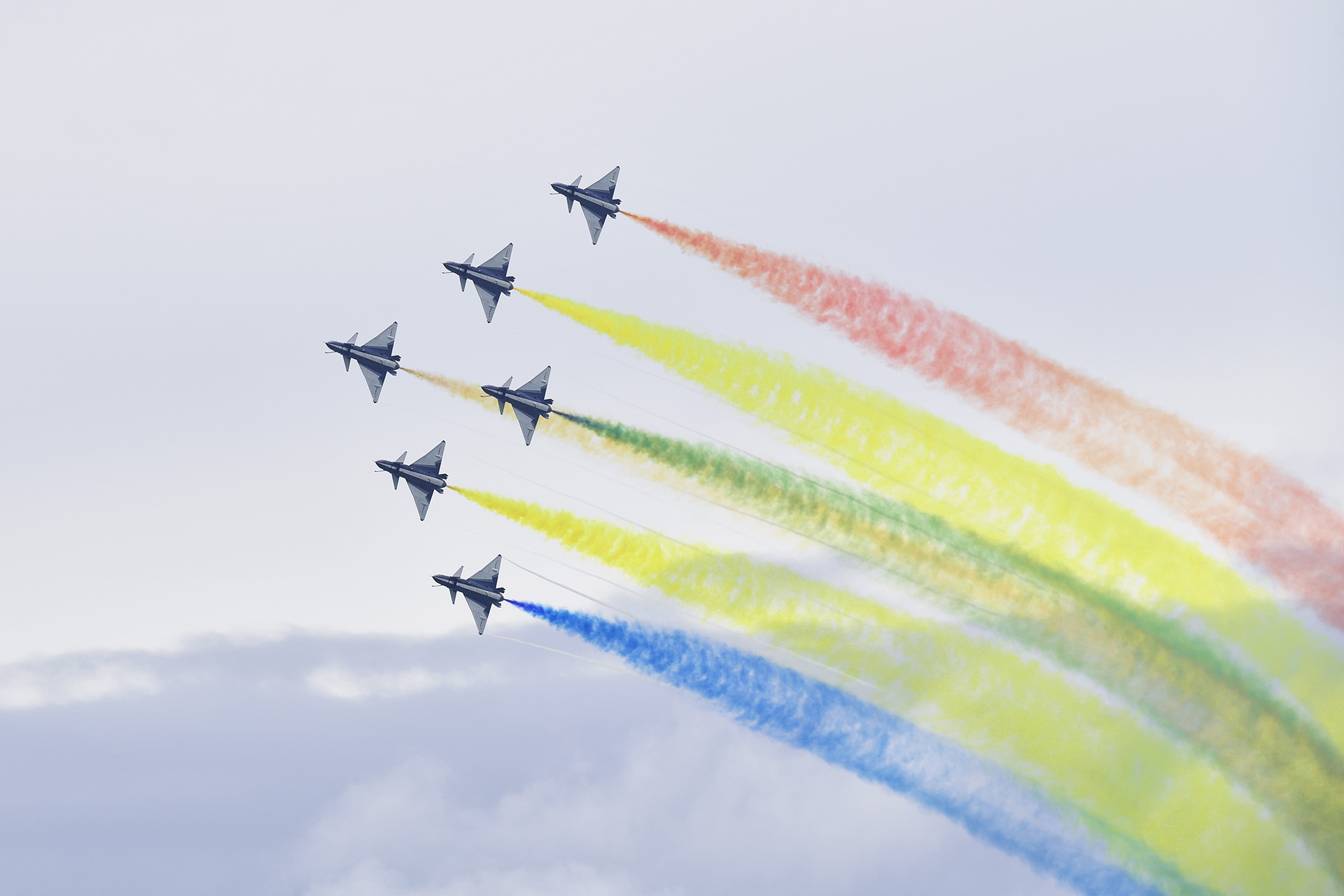 This will mark their first time flying in Singapore skies.

Those of you who were around the Changi Beach area over the weekend may have heard the roar of jet engines as fighter aircraft flew overhead. You may even have caught a glimpse of the famous August 1st or Ba Yi aerobatics team as they rehearsed their routine ahead of the opening of Singapore Airshow 2020 (SA2020).

The team from China's People's Liberation Army Air Force (PLAAF) is flying in Singapore for the first time. Also making their debut performance in the region are the United States Marine Corps' F-35B Joint Strike Fighters and the US Air Force's F-22 Raptors. SA2020 will be held at Changi Exhibition Centre from 11 to 16 February.

SA2020 marks the first time that the F-35Bs are performing in the region.

Many are looking forward to seeing the F-35B fighters in the air. These are the same warbirds that Singapore is looking to purchase to replace its F-16s.

Lt. Col. Rountree said that the F-35B will show off its capabilities during the airshow.

"You will see the aircraft hover at centre stage, point at you and move left and right; front and back.

"You will see a heavy-weight fighter aircraft…not moving in the sky, which is a pretty incredible feat for a modern fighter that can also fly at supersonic speeds," said Lt. Col. Rountree.

The F-35B hovering during a demonstration of its short take-off and vertical landing capability.
The USAF’s F-22 is also set to perform in Singapore for the first time during airshow.

The F-22 will perform before the F-35B, in a combined display lasting about 20 minutes.

Lt. Col. Rountree said that it was significant for the US to be able to showcase their fighter jets at SA2020 and demonstrate their abilities. "This will strengthen our relationship here with Singapore and continue our support of the Airshow," he said.

Singapore and China mark 30 years of diplomatic relations in 2020. Singapore Defence Minister Dr Ng Eng Hen said he had invited the PLAAF Ba Yi aerobatics team to perform at this year's Airshow as a way to mark the anniversary.

Speaking to the media on 7 Feb, Dr Ng said that the PLAAF had taken extra precautions to ensure their delegation met Singapore's stringent health screening standards to be ready for the airshow.

Additionally, the Ba Yi aerobatic team took proactive measures including regular health checks and medical screening while they were residing and training in their military base in Tianjin, China. They will also undertake the necessary measures such as regular temperature and health monitoring during their stay in Singapore.

Dr Ng meeting with aircrew from the US and China (pictured) on 7 Feb during a visit to Changi Air Base (East), where the aerial teams are being hosted.

On having US and China perform at SA2020, Dr Ng said: "It's really a vote of confidence (and) also a measure of how strong our relationship is."

Catch the aerial displays at these timings:

Get a sneak peek of the exhilarating aerial moves by the US and China aerial teams: