A sixth pillar – Digital Defence – was introduced to the Total Defence framework on 15 Feb, signalling the importance of strengthening cybersecurity and the need to stand ready against emerging threats from cyberspace.

This is the first time a new pillar has been added since the Total Defence framework was introduced in 1984. The original five pillars are Military, Civil, Economic, Social and Psychological Defence.

The Total Defence logo will be redesigned to include this sixth pillar. Visit www.asiaone.com/totaldefence to vote for your favourite of 10 shortlisted designs. Contest closes 29 Dec.

2. Launch of the first Invincible-class submarine

Invincible beneath the waves – the Republic of Singapore Navy launched its first fully customised submarine in Kiel, Germany on 18 Feb. This new boat carries a wider range of weapons, can stay underwater 50 per cent longer, and boasts more advanced automation and sense-making systems than the Navy’s current fleet of submarines.

It will undergo a series of sea trials before it is delivered to Singapore in 2021. The full fleet of four Invincible-class submarines will be ready by 2025.

Strengthening training safety was a serious issue for the Singapore Armed Forces (SAF) this year. In the wake of various training incidents, the SAF carried out a comprehensive review of training programmes and introduced new measures to reduce training risk.

These ranged from the setup of an Inspector-General Office to drive and supervise safety culture and enforcement against unsafe practices, to rear-view cameras and more emergency horn activation buttons for the Bionix vehicle, to the conduct of mandatory inspections of all field training by the Army.

Lethal and versatile – the F-35 Joint Strike Fighter was identified as the most suitable replacement for the Republic of Singapore Air Force's ageing F-16 fighter jet. Defence minister Dr Ng Eng Hen announced in March an initial acquisition of four jets by MINDEF, with the option for another eight aircraft if Singapore decides to proceed.

5. Strong & agile hunter on the prowl

Faster, better, stronger: An advanced armoured vehicle was added to the SAF's arsenal this year with the commissioning of the Hunter at the Armour formation's golden jubilee parade on 11 Jun.

This new armoured fighting vehicle promises greater firepower, mobility and protection than its Ultra M113 predecessor. The first of its kind in the Singapore Army to be fully digitalised, the Hunter has a suite of Command, Control, Communications and Computers systems to boost the SAF's networked warfighting capabilities.

A bus interchange, an MRT station with multiple surface exits, and high-rise interconnected buildings are among the realistic urban features of the upcoming SAFTI City. This smart training facility will also use technologies such as sensors, interactive targets, and data analytics to boost training realism and effectiveness. A groundbreaking ceremony was held on 30 Jun, and SAFTI City is scheduled to open progressively from 2023.

Another facility that servicemen can look forward to is the NS Hub, a convenient one-stop centre at Bukit Gombak that will bring NS-related services, such as pre-enlistment registration, medical check-ups and fitness training, all under one roof. Construction began with the groundbreaking ceremony on 25 Nov, and the hub is slated to be ready in 2023.

For the first time, the Republic of Singapore Air Force's latest A330 Multi-Role Tanker Transport (MRTT) brought air-to-air refuelling capabilities to Exercise Forging Sabre in Idaho, United States this year. Capable of carrying over 100,000kg of fuel, this petrol kiosk in the sky gives fighter aircraft an extra boost to fly further.

This year also marked the retirement of the MRTT’s predecessor, the KC-135R, which flew its final flight in June after more than two decades of service in the RSAF.

8. Connecting Singaporeans to the sea at Navy@Vivo

Thousands of visitors got a taste of life on the high seas through Navy@Vivo in November this year. Now in its eight edition, the event gave the public a glimpse into how the Navy defends Singapore's everyday way of life through exhibitions as well as exciting activities – from tours on board frigate RSS Supreme to fast craft rides to boat physical training demonstrations by the elite naval divers!

Their crimson red headdress mark them as members of a special force – the Commandos. From just 30-strong, the Red Berets have grown over the last 50 years into an elite fighting unit known for their physical prowess and mental tenacity.

At the formation's 50th anniversary parade on 4 Dec, the SAF commissioned a new Special Operations Command Centre at Hendon Camp. It can draw upon and process information from multiple sources for better decision-making and faster responses when dealing with terrorist threats.

And earlier in July, the 1st Commando Battalion took part in Exercise Cooperation together with 3rd Singapore Division and the People's Liberation Army Southern Theatre Command Army's 74th Army Group. More than 200 troopers came together for professional exchanges and tactical training such as rappelling and urban operations in this bilateral army exercise.

Of course, we would be remiss if we didn’t mention the birth of an SAF "legend" this year. Full-time national serviceman Specialist Cadet (SCT) Muhammad Imran Bin Azeman shot to local Internet fame in September – thanks to this highly meme-able photo of him receiving his rifle with those swole (very muscular) arms! Their mission was a complicated and sensitive one: to get to the evacuees in Afghanistan as quickly as possible, and take them from Qatar to Germany where they would be safe. 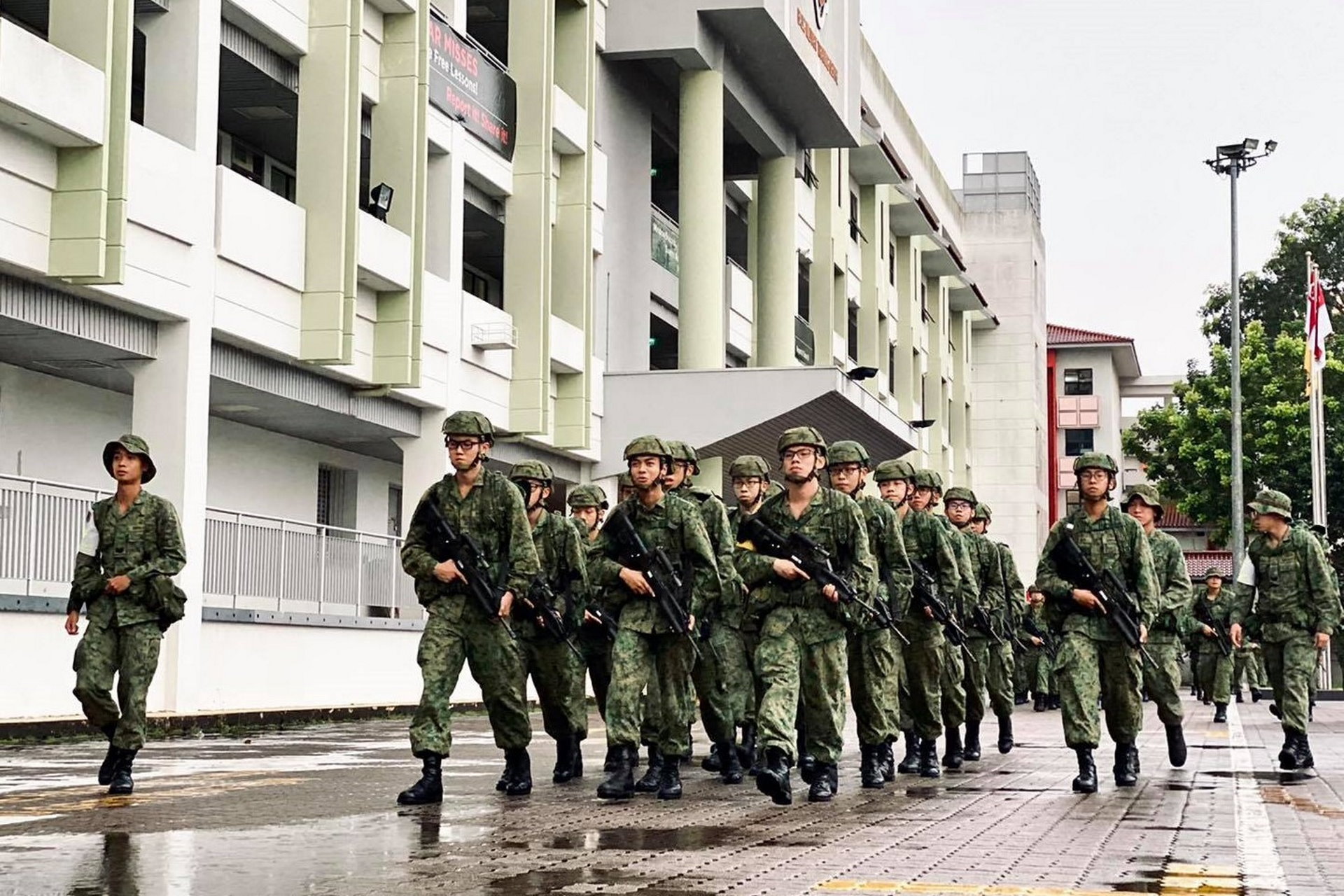 While many may be glad to say goodbye to 2020, there has been some bright spots in this rollercoaster of a year. PIONEER takes a look back at positive and uplifting MINDEF/SAF stories as Singapore soldiers trudge on through the COVID-19 pandemic. 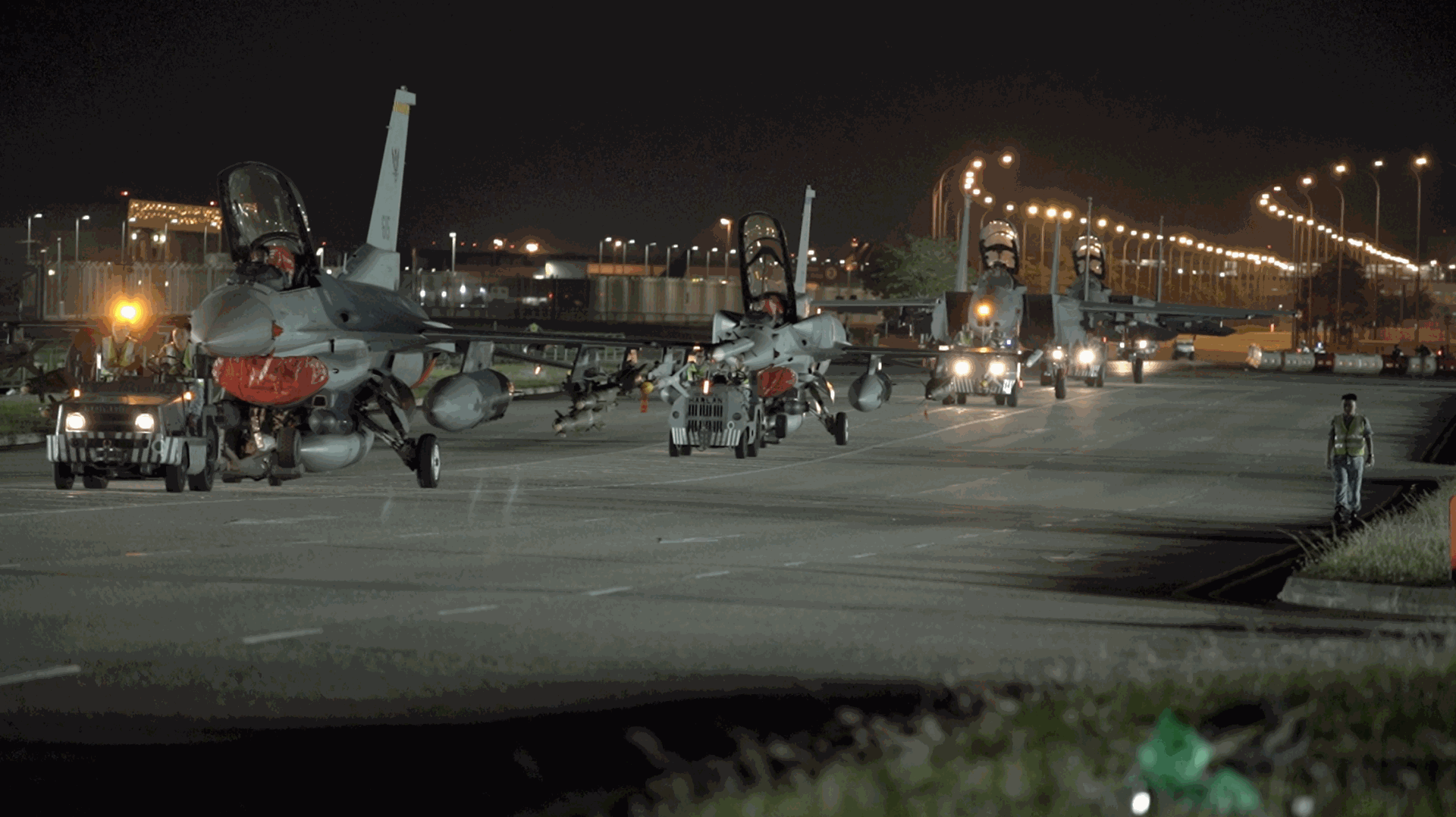