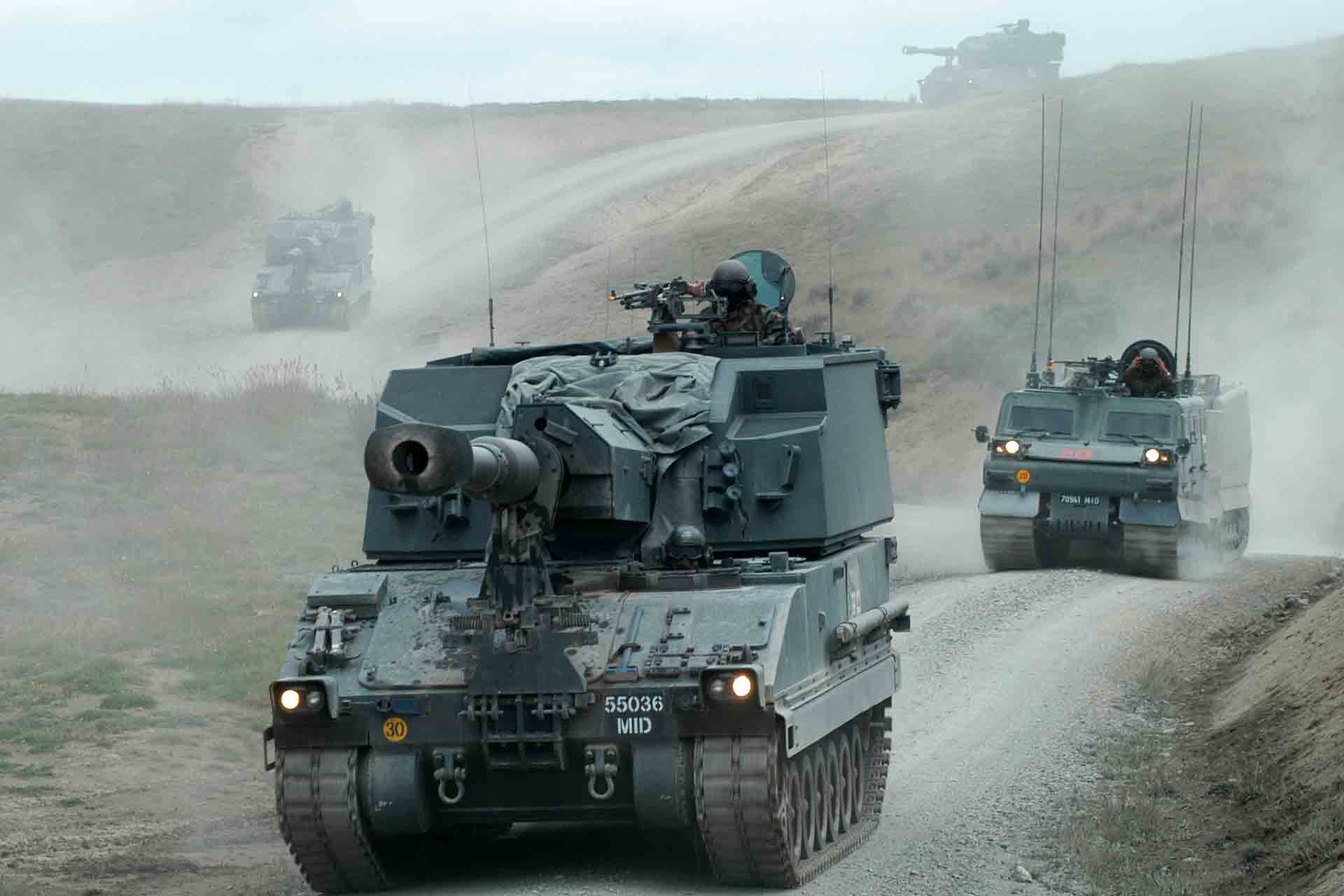 The Singapore Armed Forces (SAF) is reviewing and strengthening its safety procedures to ensure that training continues to be safe for all servicemen and women.

The SAF called for a reduction in training tempo following the death of an NSman, who was operating the SSPH during Exercise Thunder Warrior, to carry out comprehensive reviews of its training programmes to reduce training risk for all service personnel. [File photo]
English 华文

A unit can only be deemed operationally effective if it upholds high safety standards and has the right culture and mindset — that of zero tolerance for unsafe practices.

And it must be driven by commanders who see the safety of their servicemen and women as their topmost priority.

LG Ong speaking to 750 Active and NSman commanders during a meeting where he emphasised that commanders must place safety as their topmost priority.

This was Chief of Defence Force (CDF) Lieutenant-General (LG) Melvyn Ong's firm message to all Active and Operationally Ready National Serviceman (NSman) commanders in the SAF, during a meeting with 750 of them on 31 Jan.

Following the death of an NSman who was operating the Singapore Self-Propelled Howitzer (SSPH), an SAF-wide reduction in training tempo, which will carry on for the next few months, was announced. This was to allow all units across the SAF to carry out a comprehensive review of their training programmes to reduce training risk for all servicemen.

LG Ong said: "Commanders answer for the training and safety of their men. To do so, commanders have to be fully committed, and personally and intimately involved in their unit's training, operations and safety. The reduction in training tempo will allow us commanders to take stock, re-orientate, and give full attention to this."

He added that all commanders would be held accountable for the well-being of their personnel, which was as important as their units' performance during training and exercises.

"Safety is a command responsibility. Commanders answer for the training and safety of their men. To do so, commanders have to be fully committed, and personally and intimately involved in their unit's training, operations and safety."

"We must take safety as the key veto for mission success. (As commanders,) that translates to the need to relook at mission success and recalibrate if safety is a concern," said COL (NS) Foo.

LG Ong also announced that the SAF will be setting up an Inspector-General Office (IGO) with the authority to scrutinise and enforce safety processes and practices at all levels.

In Parliament on 11 Feb, Minister for Defence Dr Ng Eng Hen elaborated that the current Safety and Systems Review Directorate will be expanded and elevated to form the IGO. 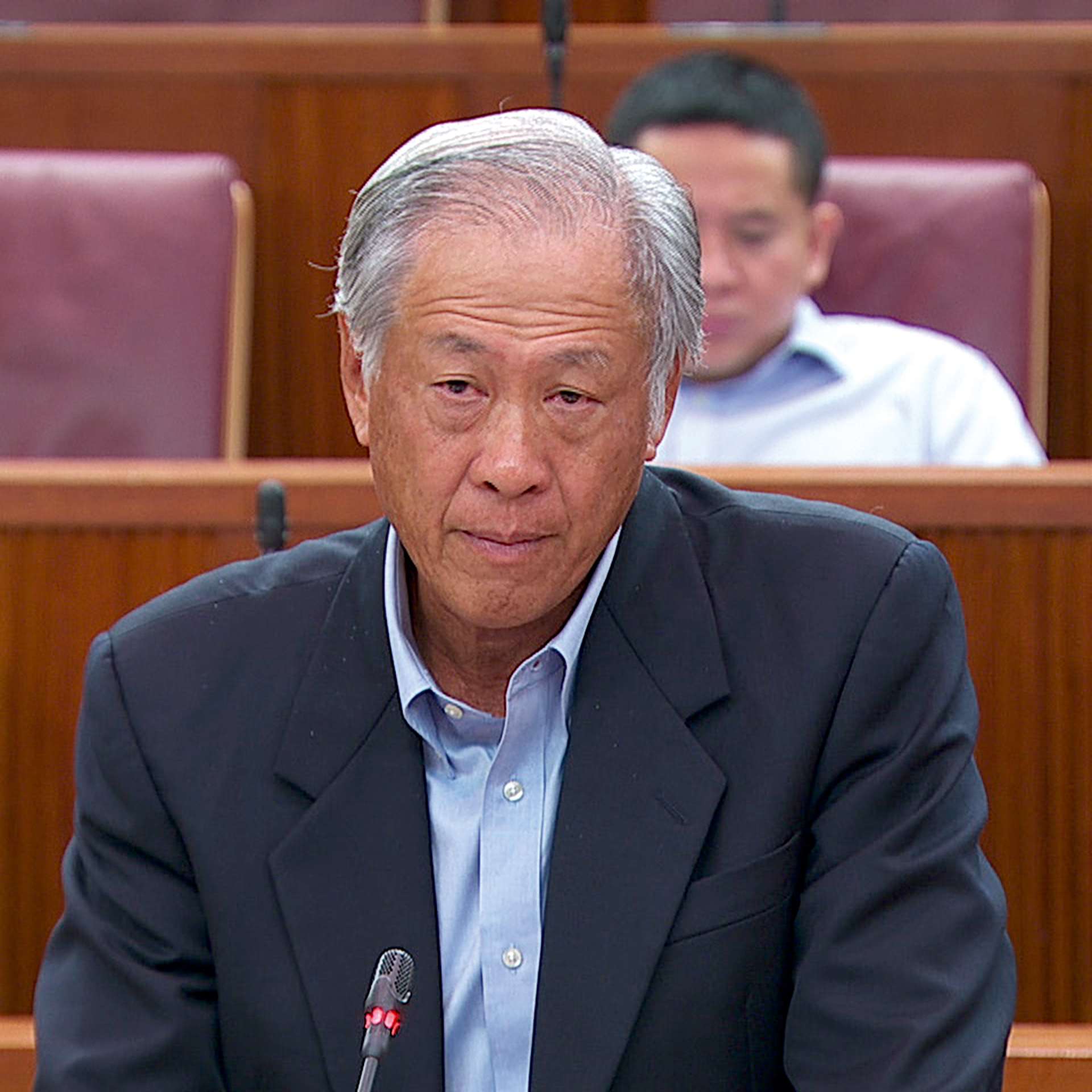 "If we are to achieve zero fatalities during NS training, we must have a strong safety culture in all our units, and safety consciousness down to the last soldier... It is not true that we cannot train safely if we want to train realistically."

The SAF Inspector-General, wqho concurrently serves as Chief of Staff – Joint Staff, will head the IGO. The IGO will report jointly to the Permanent Secretary (Defence) and CDF.

In its first year, the IGO will be focusing on high-risk training and safety culture checks. It will also investigate reports of poor safety practices and culture at any level in the SAF.

After the incident with the SSPH in January, the Singapore Army also put in place a safety timeout to review all safety processes.

This will allow units to prepare thoroughly and conduct training safely, as well as strengthen ground supervision for training activities, said Chief of Army Major-General (MG) Goh Si Hou after the meeting with commanders on 31 Jan.

He added: "We will aim to staff more Safety Officers on the ground full-time, as well as increase safety inspection teams (to) ensure that all training is inspected, as well as…audit our unit safety systems and practices on the ground."

The safety timeout was progressively lifted from 7 Feb.

Defence Minister Dr Ng Eng Hen reiterated the importance of making safety a priority in a Ministerial Statement on 11 Feb, where he addressed National Service (NS) training deaths and safety enhancements for the SAF.

"If we are to achieve zero fatalities during NS training, we must have a strong safety culture in all our units, and safety consciousness down to the last soldier," said Dr Ng.

He announced new safety measures that have been or will be put in place to prevent training accidents.

First, the Army has installed two more emergency horn (e-horn) activation buttons in the rear crew compartment of the Bionix Infantry Fighting Vehicle, in addition to the existing button in the vehicle commander’s seat compartment. The operator must stop the vehicle once the e-horn is sounded.

The red e-horn activation buttons (circled) mounted in the Bionix rear crew compartment will allow the rear guide to sound the alarm if an intercom failure occurs.

The second is that, from March, the SAF will progressively carry out the installation of a rear-view camera system on the Bionix IFV training fleet. Through cameras installed on the back of the vehicle, operators will be able to see a live video feed of its rear surroundings on an integrated display panel mounted in the driver compartment.

Rear-view cameras (circled) on the back of the Bionix will give operators better situational awareness, especially when reversing.

The SAF will also roll out rear-view cameras and mirrors on heavy wheeled vehicles, such as five-tonners, to reduce blind spots.

The third new measure is implementing safety table-top exercises that will be conducted before the commencement of all high-risk non-live firing exercises. This will familiarise personnel with evacuation plans and allow them to respond more quickly in emergencies.

The fourth is to have more experienced Regulars as trainers.

The fifth is to upgrade medics' skills in resuscitation and the handling of emergencies through attachments to hospital emergency departments or ambulances. This will begin from March.

The sixth is to improve vehicle and equipment serviceability based on the recommendations of the External Review Panel on SAF Safety.

The last is with regard to the safety distance between vehicles. Trainers will travel in combat vehicles together with the exercise troops instead of Land Rovers during high-risk training. In all reversing manoeuvres, operators can only reverse the vehicle after receiving explicit clearance from the rear guide.