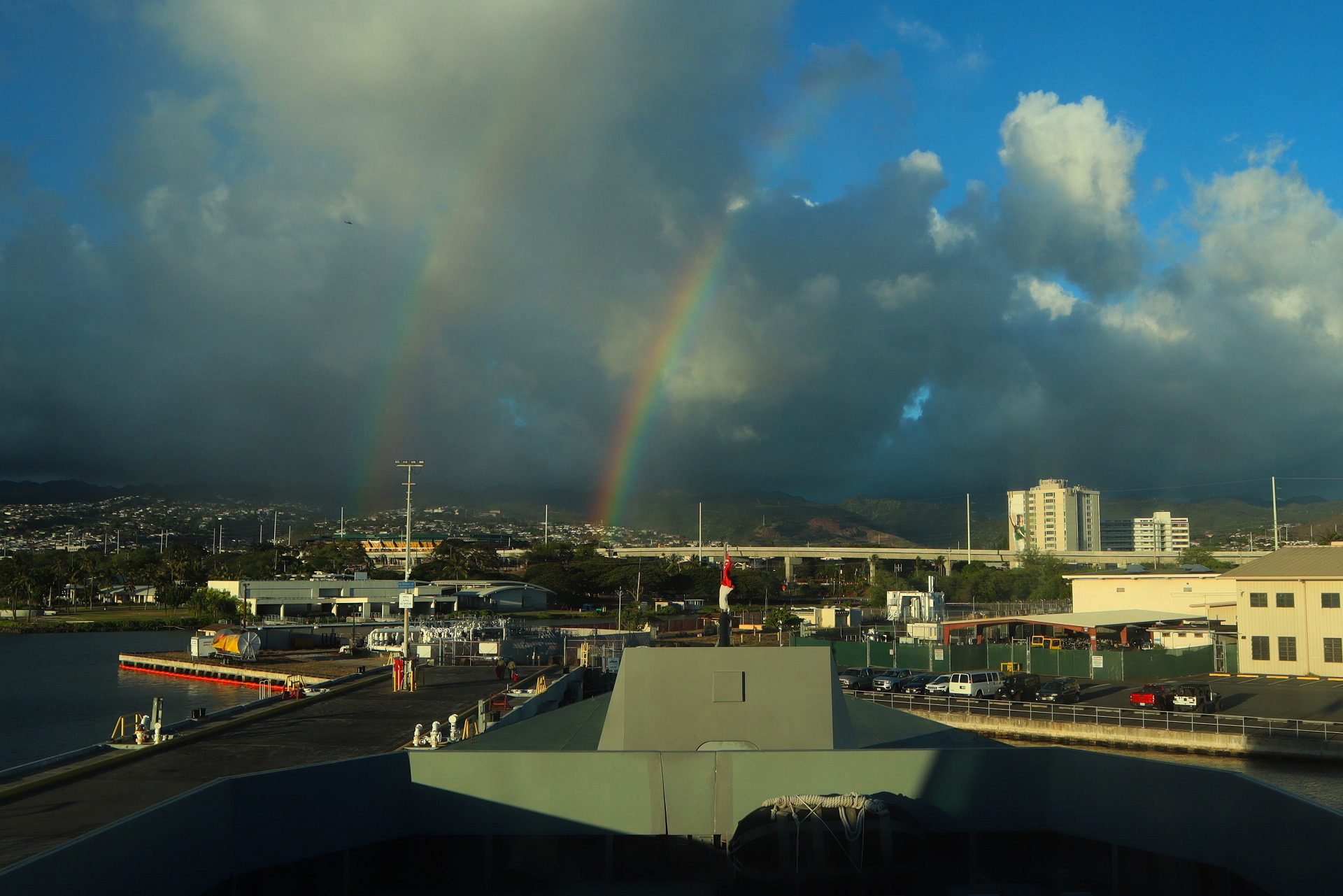 Sail of a lifetime

What is it like to sail nonstop for 67 straight days? Find out how the crew of RSS Supreme spent their time on board their home away from home, in one of the Singapore navy's first overseas exercises since the COVID-19 pandemic.

// Photos courtesy of the Republic of Singapore Navy

WFH (Working From Home) the last few months? The crew of Formidable-class frigate RSS Supreme has spent them WFS (Working From Ship)!

To stay safe amid the COVID-19 pandemic while participating in multinational naval exercise Rim of the Pacific (RIMPAC), the crew spent 67 consecutive days on board ship without shore leave. In fact, this is one of the longest sails undertaken by the Republic of Singapore Navy (RSN) to date!

During their sail to Hawaii, the ship also took part in Exercise Pelican with the Royal Brunei Navy, and a multinational group sail with other warships from Australia, Brunei, Japan and the United States.

What have the men and women of RSS Supreme been doing to stay sharp and keep fit? And how did they stave off the homesickness? (Hint: it has something to do with one of Singapore's favourite pastimes.) Take a peek into their ship life!

"Fair winds and following seas!" On 24 Jul, RSS Supreme set off for RIMPAC, which was held in the waters off Hawaii from 17 to 31 Aug (local time). Held completely at sea to ensure the safety of the participants, this year's exercise involved more than 20 ships, a submarine, multiple aircraft and about 5,300 personnel from 10 countries.

Muscles moving on deck: During Dog Watch every day from 4 to 6pm, the crew came together for a good workout such as Tabata training. Some, like Full-time National Serviceman 3rd Sergeant Jordan Khoo, a Weapon System Operator, volunteered in the Sports Committee to plan workout programmes so that the sailors can remain fighting fit.

The medical team (in Personal Protective Equipment) carrying out a swab test on a crew member. As part of precautionary health measures, every member of the crew were isolated and tested negative for COVID-19 before the start of the sail.

During the deployment, the crew were reminded to maintain good personal hygiene habits. There were quarantine and isolation facilities set aside on board the ship, and anyone who presented symptoms of Acute Respiratory Infections was tested for COVID-19.

The ship being welcomed at Pearl Harbor, Hawaii by a double rainbow. During the sail, the ship docked at Guam and Pearl Harbor to receive replenishments, which were all conducted without direct contact. However, to reduce the risk of infections, the crew was unable to leave the ship for shore leave. Instead, they took the time to make phone and video calls home.

A taste of home

Raise your hand if local food is the first thing you miss when you're overseas. To keep the team's morale high, the chefs prepared local dishes to whet their appetites.

"I miss bak chor mee and chicken rice the most during this time away from home. But I'm grateful that our chefs prepared chicken rice for us twice during this sailing!" said a happy Military Expert (ME) 5 Lee Wei Xiang (left), as he tucked into a hearty bowl of duck noodles.

"The food that they cook is amazing, and we always look forward to mealtimes. It's a great morale booster," the Senior Marine Engineer added.

"When I see my ship crew enjoying the food that I cook, I can't help but feel a sense of pride. As long as the ship is happy, I am happy!" Naval chef ME1 S. Reyshman Raj Pillai (second from left) hails from a family of chefs – his great-grandfather was one of the RSN's first naval chefs – and specialises in western dishes such as roast chicken, and fish and chips. With him is fellow chef ME1 Lim Jia Hao (far right).

To end the day, the crew often enjoy warm bowls of handmade tang yuan (rice ball), a Chinese dessert usually eaten during celebrations to symbolise family reunion – a symbol of the bonds the sailors forged during this long sail, and a reminder that they will be reunited with their loved ones soon.

Who will reign Supreme?

To get everyone out and about, and have fun while honing their seamanship skills, the ship held the inaugural Supreme Super Sailor Competition on 14 Sep.

The crew went head-to-head in a series of practical tests such as tying nautical knots, stripping and assembling a carbine and rigging up a fire hose. They also put their thinking caps on to complete theoretical tests like calculating sunrise and sunset times, as well as recognising nautical flags and deciphering morse code.

The winners walked away with precious ship coins (and bragging rights!).

A test of technique and strength: a participant throwing a heaving line across a marked distance. Heaving lines are thrown from ships when they are nearing berths, so that the heavier berthing ropes that are tied to them can be passed ashore.

Ahead of the competition, the crew attended "Learning Days" to brush up on their skills, as well as pick up new skillsets from other departments.

"I am very proud of my crew (for performing well at RIMPAC). Long deployments are already not easy. This time, the pandemic further restricted the crew from having any personal time ashore," said LTC Chua.

All in the same boat

Some of us probably gave up on personal grooming since we started working from home. Not for our sailors though: staying well-groomed and neat is an important part of discipline! To help their buddies out, some of the crew – such as Command and Control Systems Cluster Chief ME3 Adrian Lum (right) – stepped up to become the ship's resident "barbers".

There's always time to manage your soccer team: some of the crew unwind after a hard day's work with a friendly "soccer" match in the comfort of the wardroom (mess cabin or common area) couch.

Room with a view: Guess staying on ship isn't too bad when you can occasionally wake up to sights like this.

Happy faces all around as the crew watches the ship pull into harbour. [Photo: Ong Ji Xuan]