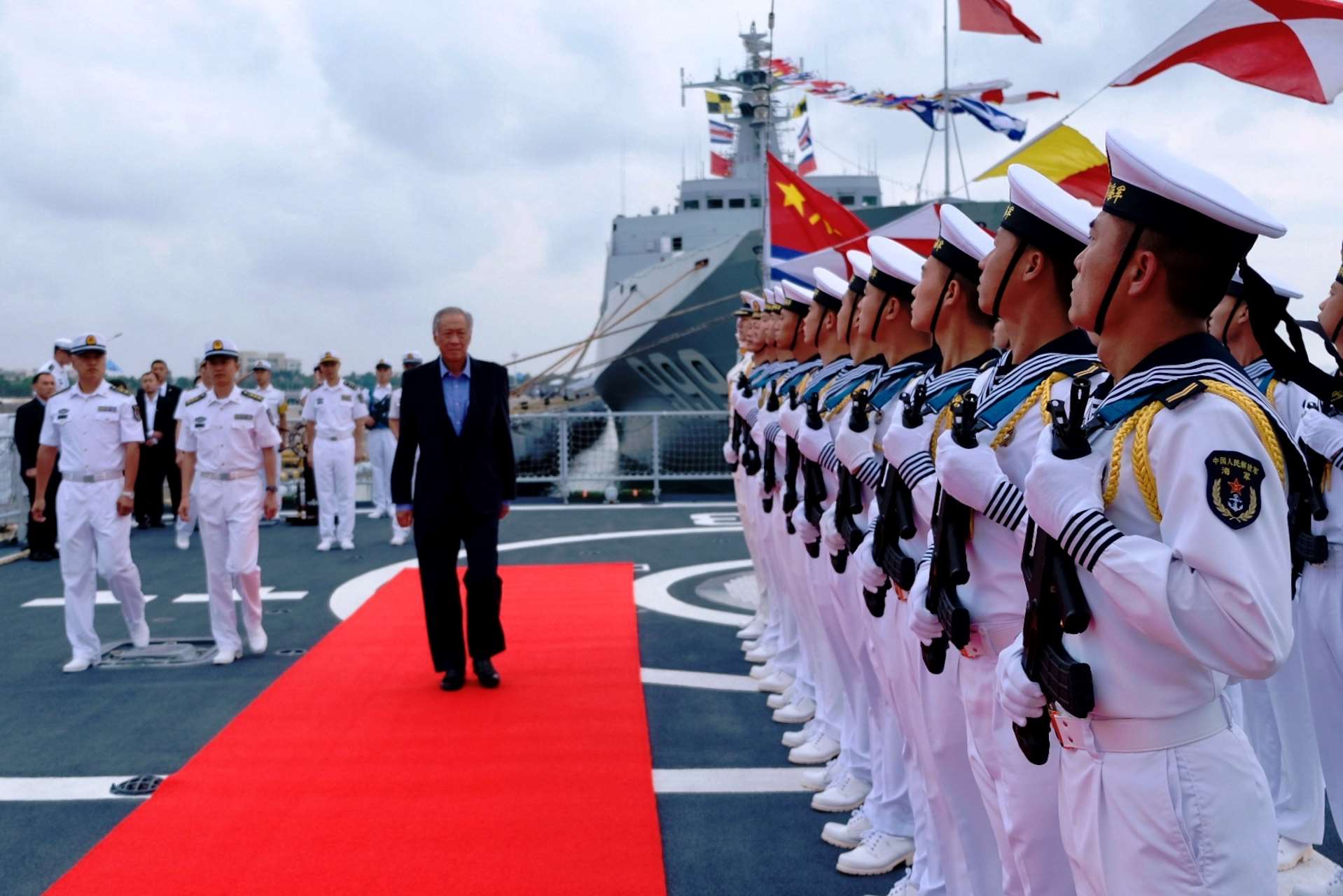 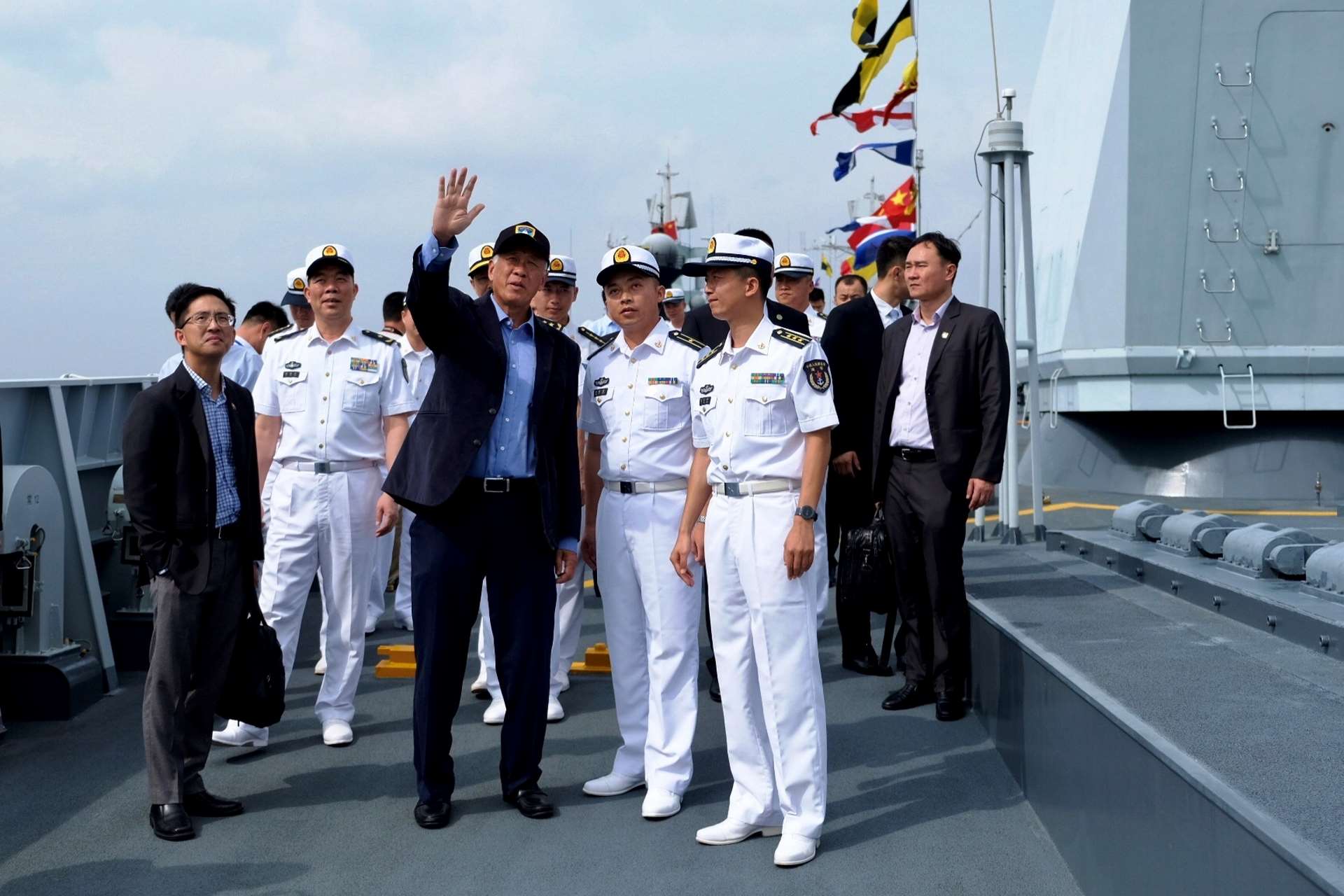 Dr Ng with personnel from the PLAN on board the PLAN's Type 052D Destroyer Changsha. 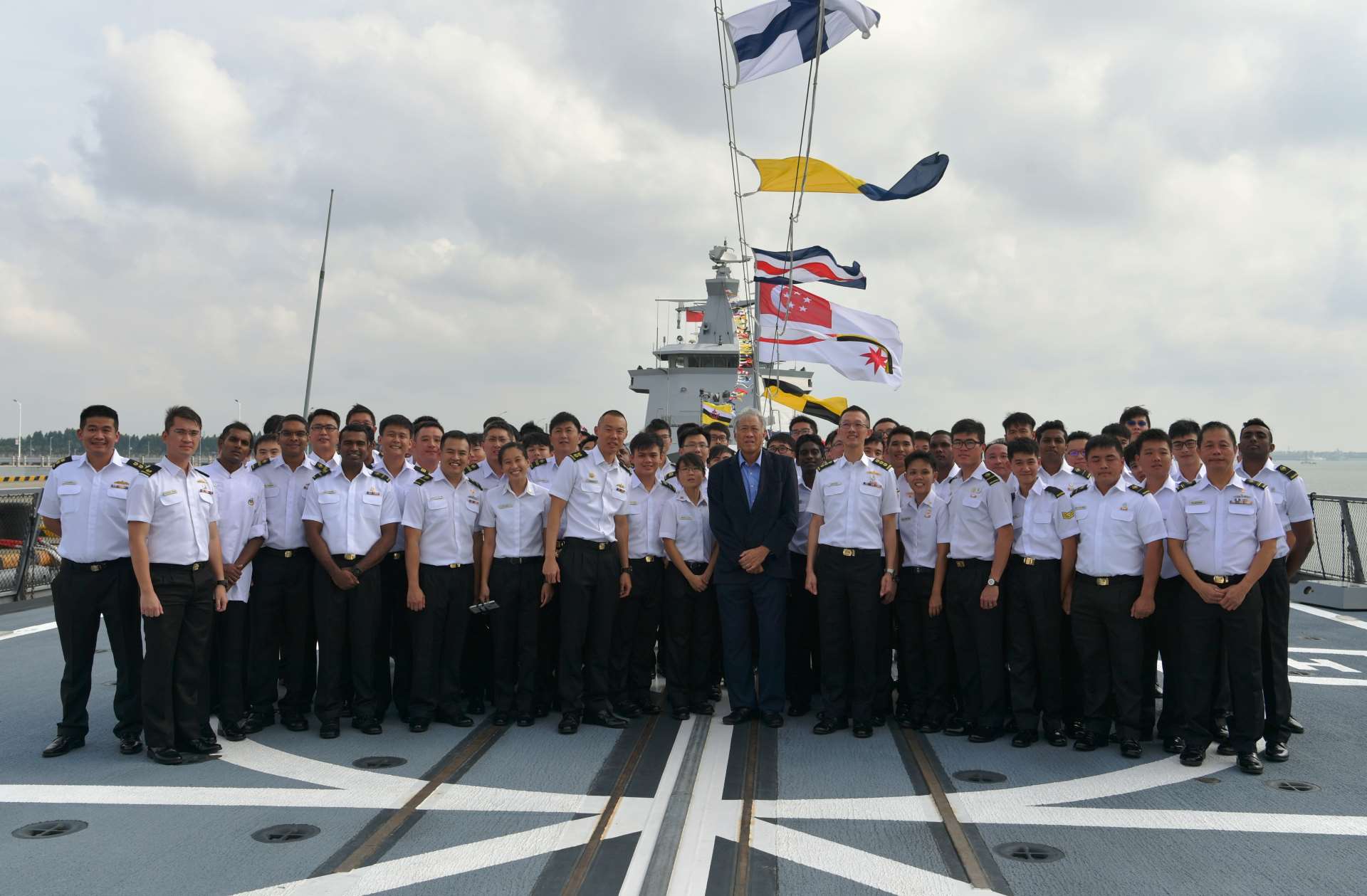 Minister for Defence Dr Ng Eng Hen visited the ASEAN-China Maritime Exercise in Ma Xie Naval Base, Zhanjiang earlier today. Co-organised by the Republic of Singapore Navy (RSN) and the People's Liberation Army Navy (PLAN), the Field Training Exercise (FTX) is conducted from 22 to 27 October 2018 in the waters off Zhanjiang and will include participants from ASEAN and China. The RSN's Formidable-class frigate RSS Stalwart is participating in the exercise, which involves more than 1,000 personnel and eight ships[1].

During the visit, Dr Ng was briefed on the conduct of the FTX by PLAN exercise co-director, Commander, Combat Support Flotilla, Southern Theatre Command, Senior Captain Zhu Jianda at the Combined Command Post. He also visited the RSS Stalwart and PLAN's Type 052D Destroyer Changsha where he interacted with personnel on board both ships. In an interview at the end of his visit, Dr Ng described the ASEAN-China Maritime Exercise as a useful platform to share experiences, build professionalism and confidence, to maintain peace and understanding amongst countries. He said, "I think multilateral exercises are very useful…during peacetime, you should be spending a lot of your time building linkages, understanding each other, understanding how the other person thinks…the more you cooperate, the more you understand each other, the more you build up mutual confidence."

Dr Ng is in China from 22 to 26 October 2018. He will depart Zhanjiang for Beijing this evening. In Beijing, he will have bilateral engagements with Chinese leaders and speak at the 8th Beijing Xiangshan Forum.

[1] The countries sending ships include Brunei, China, the Philippines, Singapore, Thailand and Vietnam.