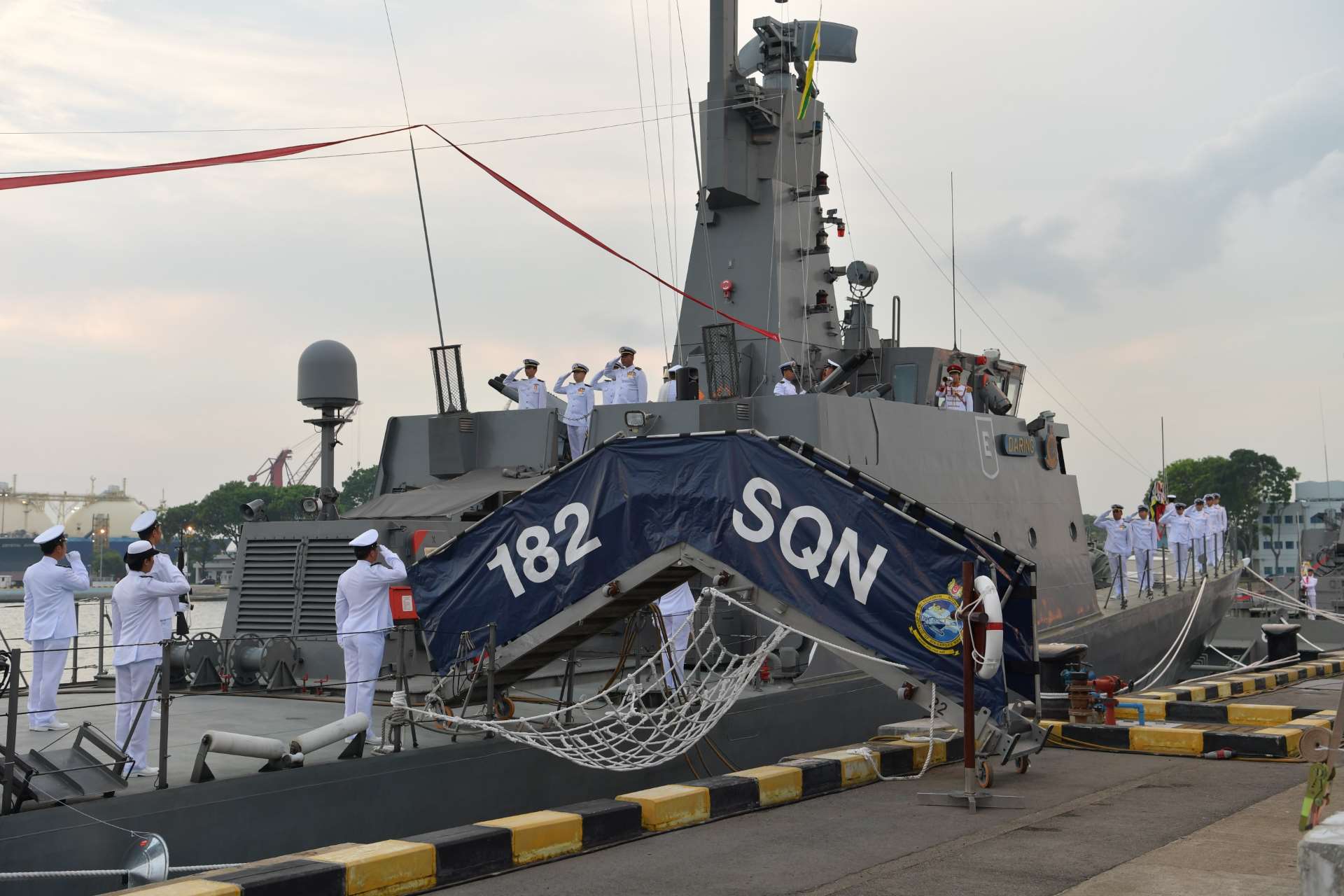 The crew of Patrol Vessel RSS Daring bidding farewell to the ship, as its decommissioning pennant is lowered. 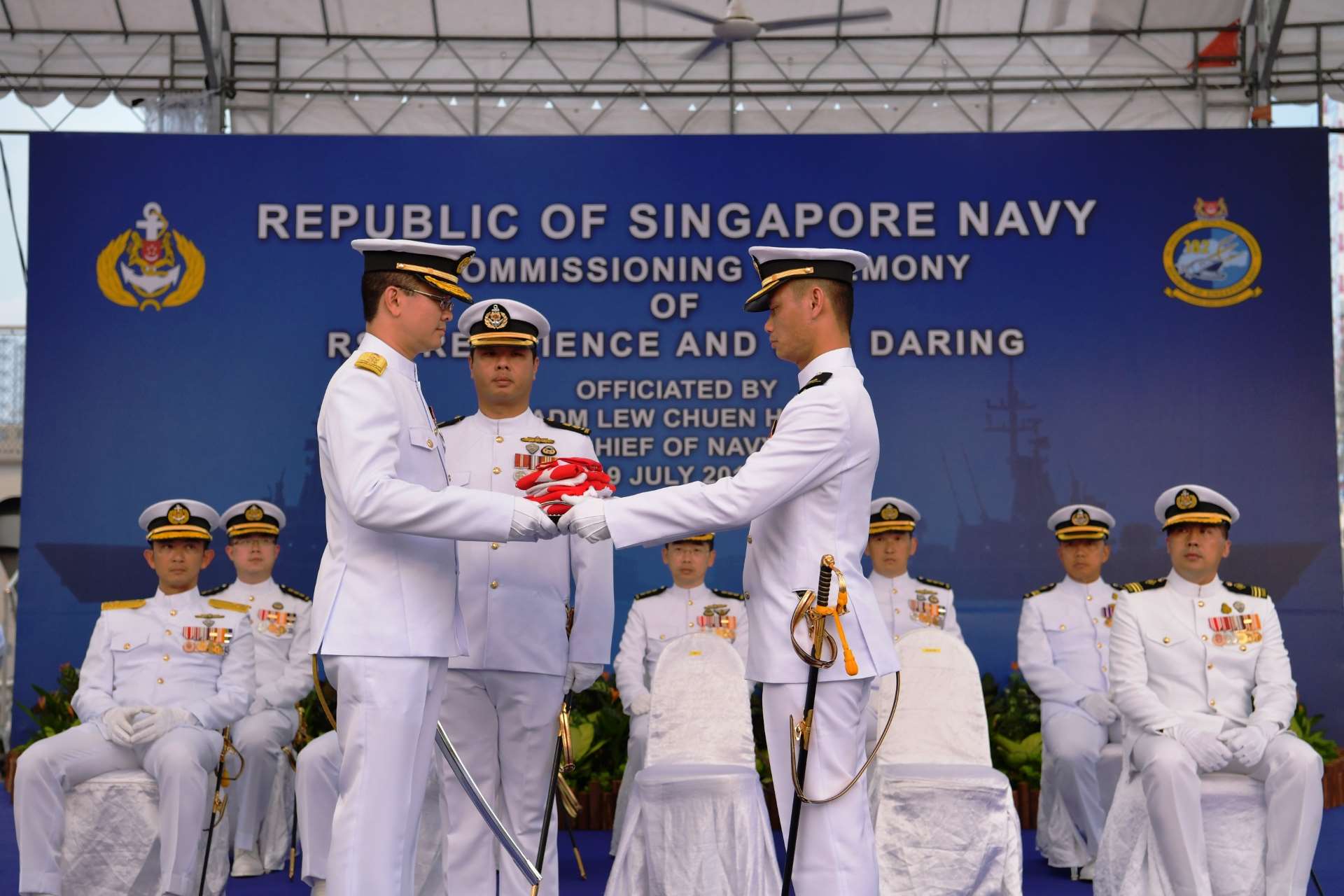 The crew of RSS Resilience lining the ship during its decommissioning ceremony.

The Republic of Singapore Navy (RSN) decommissioned two Fearless-class Patrol Vessels (PVs) RSS Daring and RSS Resilience at a sunset ceremony at Tuas Naval Base this evening. Officiated by Chief of Navy Rear-Admiral (RADM) Lew Chuen Hong, the ceremony marked the progressive handing over of duties from the PVs to the new Littoral Mission Vessels (LMVs).

The Fearless-class PVs, which have been operational since 1996, were the first warships that were designed and built in Singapore. RSS Daring and RSS Resilience were commissioned by then Deputy Prime Minister and Minister for Defence Dr Tony Tan on 3 May 1997 and 7 February 1998 respectively. Over the years, the ships had safeguarded Singapore's maritime interests and territorial integrity through numerous operations at sea, such as maritime surveillance, and patrol and escort operations. They also participated in bilateral and multilateral exercises with foreign navies.

Commander Maritime Security Task Force Colonel Seah Poh Yeen, who delivered the citations, paid tribute to the two ships and to the generations of its crew members. He said, "The success of these two PVs would not have been possible without the unwavering dedication, professionalism, tenacity and sacrifices of many generations of officers and crew who served on board. The RSN salutes RSS Daring and RSS Resilience for their decades of unwavering service. Their qualities, values and contributions shall continue to inspire the men and women of the RSN for generations to come."

The operational duties of RSS Daring and RSS Resilience will be handed over to the new LMVs. The LMVs, which are more versatile and equipped with sharper capabilities, will be fully operational by 2020.

Also present at the decommissioning ceremony were past and present crew members of RSS Daring and RSS Resilience as well as senior RSN officers.