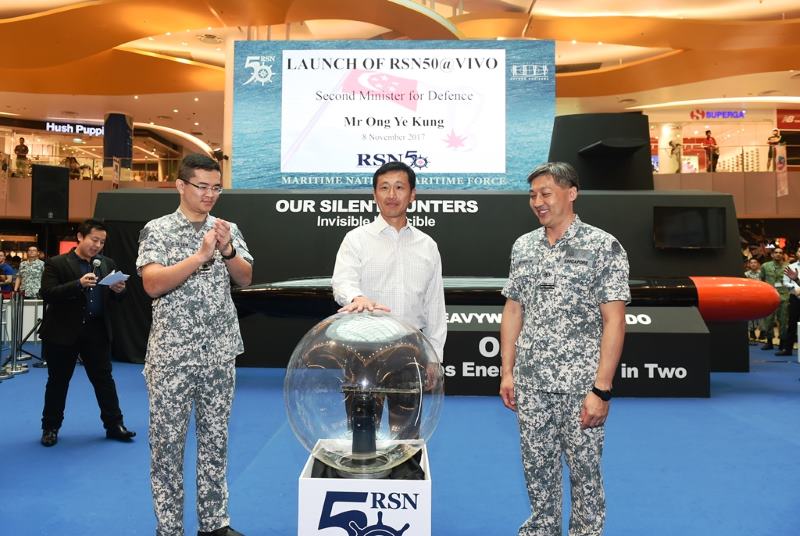 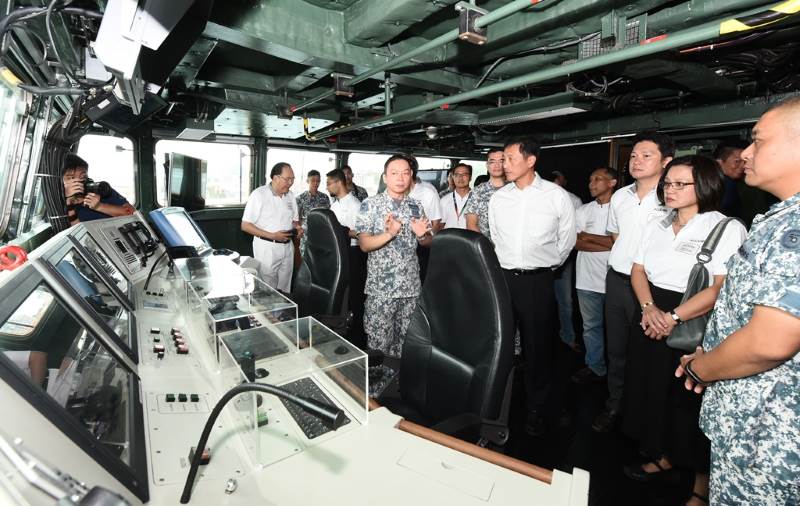 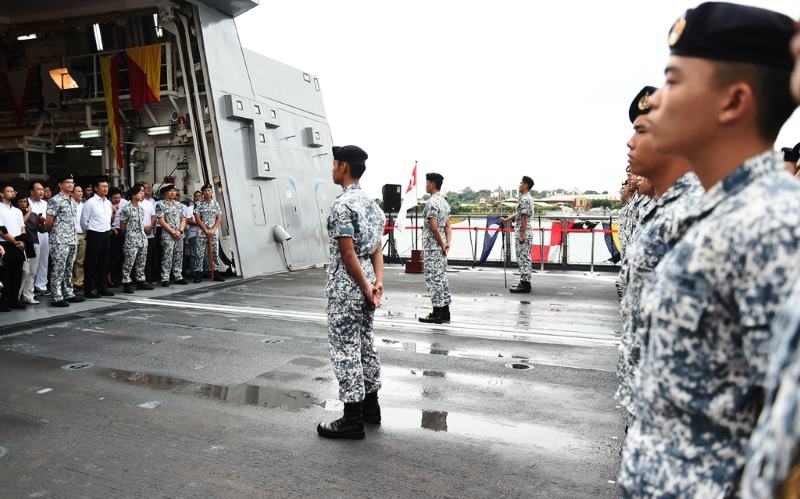 At the exhibition, Mr Ong toured the "Maritime Nation, Maritime Force" Gallery, together with 16 members of the Advisory Council on Community Relations in Defence (ACCORD). The Gallery traces the journey of the RSN's growth alongside Singapore's transformation from Third World to First, and highlights the important role that the RSN played in safeguarding the sea which Singapore is dependent on for its survival and prosperity. The group experienced naval operations in the busy Singapore Strait at the Littoral Mission Vessel simulator and interacted with RSN personnel and their family members. They also boarded and toured the Formidable-class frigate RSS Intrepid, where they were briefed on the RSN's capabilities.

In conjunction with RSN50@Vivo, Mr Ong and the ACCORD members observed a milestone parade by the Naval Diving Unit held on board RSS Intrepid's flight deck. The parade signified a symbolic handover of duties from Operationally Ready National Servicemen, who will form part of the MINDEF Reserve, to a batch of divers just completing their full-time National Service.

Chief of Navy Rear-Admiral Lew Chuen Hong highlighted the significance of RSN50@Vivo in celebrating the RSN's golden jubilee milestone with the public. He said, "Singapore is a maritime nation that depends on the seas for survival. The seas are as much our lifelines as they are our front line. Over the past 50 years, our Navy has defended Singapore's waters and safeguarded its sovereignty. As we mark 50 years of contributions to the defence of Singapore, we want to share our Navy story with all Singaporeans through RSN50@Vivo, to thank them for the strength and support they have given us."

Held over four days from 9 to 12 November, RSN50@Vivo is the culmination of the RSN's golden jubilee activities to commemorate 50 years of the RSN. Anchored on the theme of "Maritime Nation, Maritime Force", RSN50@Vivo showcases the RSN's history and heritage, paying tribute to generations of RSN personnel and celebrating the RSN's achievements as a ready, strong and committed maritime force. Members of the public may visit www.mindef.sg/rsn50atvivo for more details.