Mr Zaqy viewing a distant target through the Binocular Goniometer. 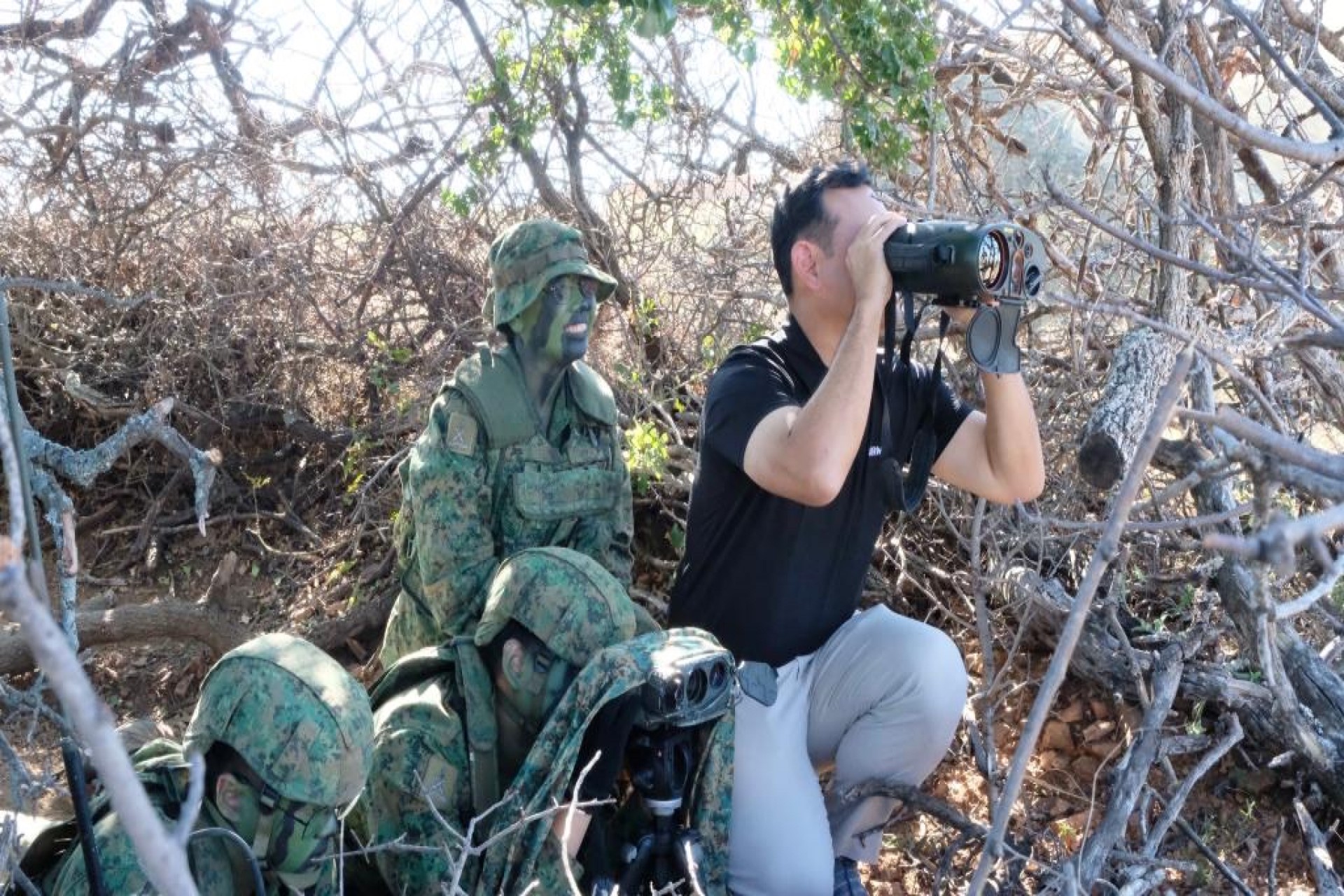 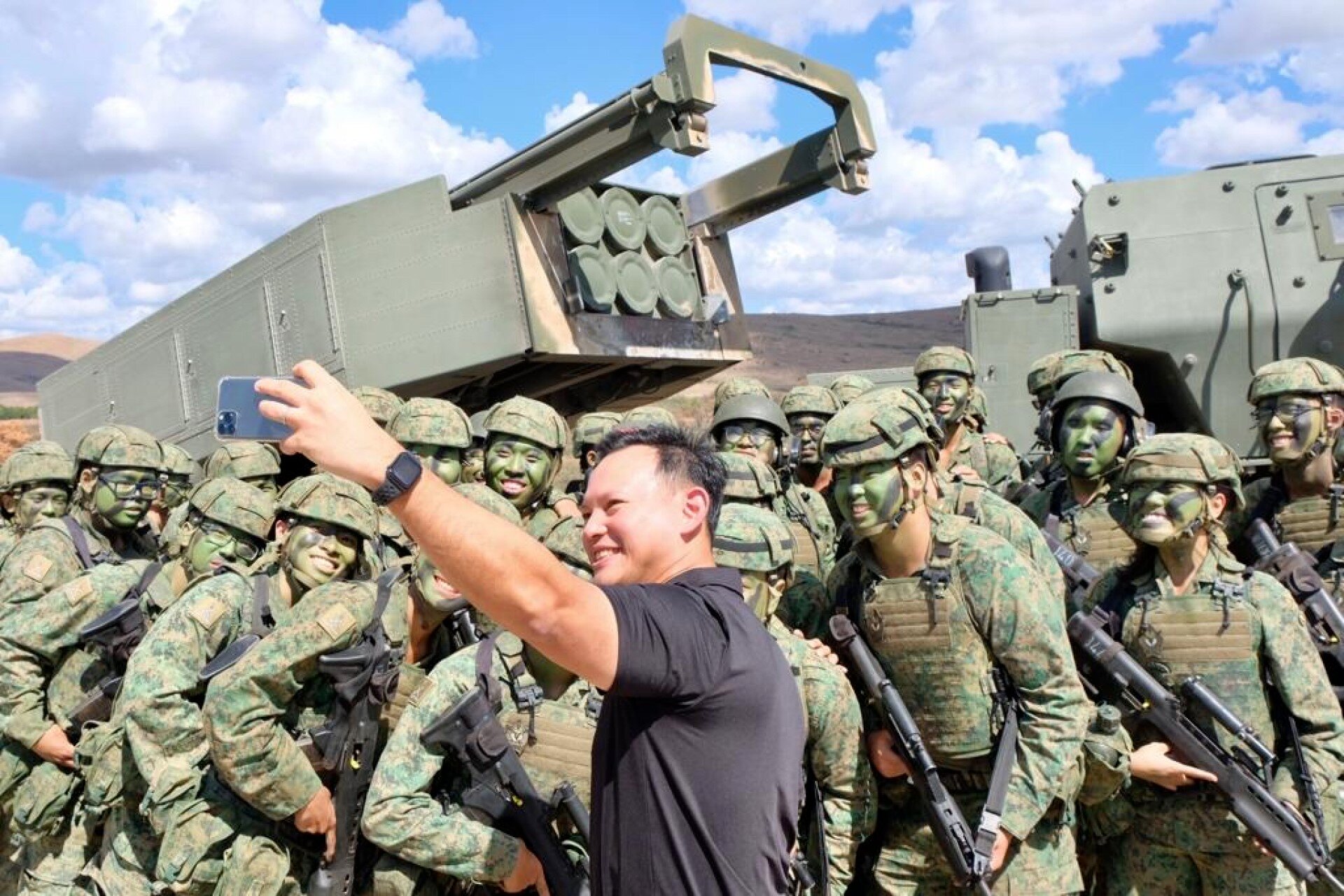 During his visit, Mr Zaqy received a brief on the conduct of the exercise and witnessed the precision strike capabilities of the HIMARS. Mr Zaqy also interacted with servicemen and women participating in the exercise and thanked them for their commitment and dedication. Speaking after his visit, Mr Zaqy expressed confidence in the SAF's operational capabilities and highlighted the importance of overseas training opportunities for the SAF. He said, "I witnessed first-hand through today's live-firing exercise how the SAF uses such valuable training opportunities to conduct realistic and complex training that cannot be replicated in Singapore due to our space constraints. The exercise with the US Army has not only deepened cooperation between the two armies, but also has allowed the SAF to benchmark itself against its counterpart. I want to thank servicemen and women from the Singapore Artillery deployed here for their dedication and service. During my visit, I witnessed a high level of proficiency and a strong level of teamwork amongst our personnel as they conducted the live-firing exercise. I am confident in their commitment and abilities to defend Singapore when called upon."

Conducted since 2010, this year's exercise marks the ninth edition of Exercise Daring Warrior and underscores the excellent and long-standing defence relations between Singapore and the US. The SAF's training in the US provides valuable opportunities for professional exchanges between the two armed forces, which has strengthened cooperation and deepened people-to-people ties. The vast training space in the US also allows the SAF to conduct realistic training to sharpen operational competencies and enhance operational readiness.