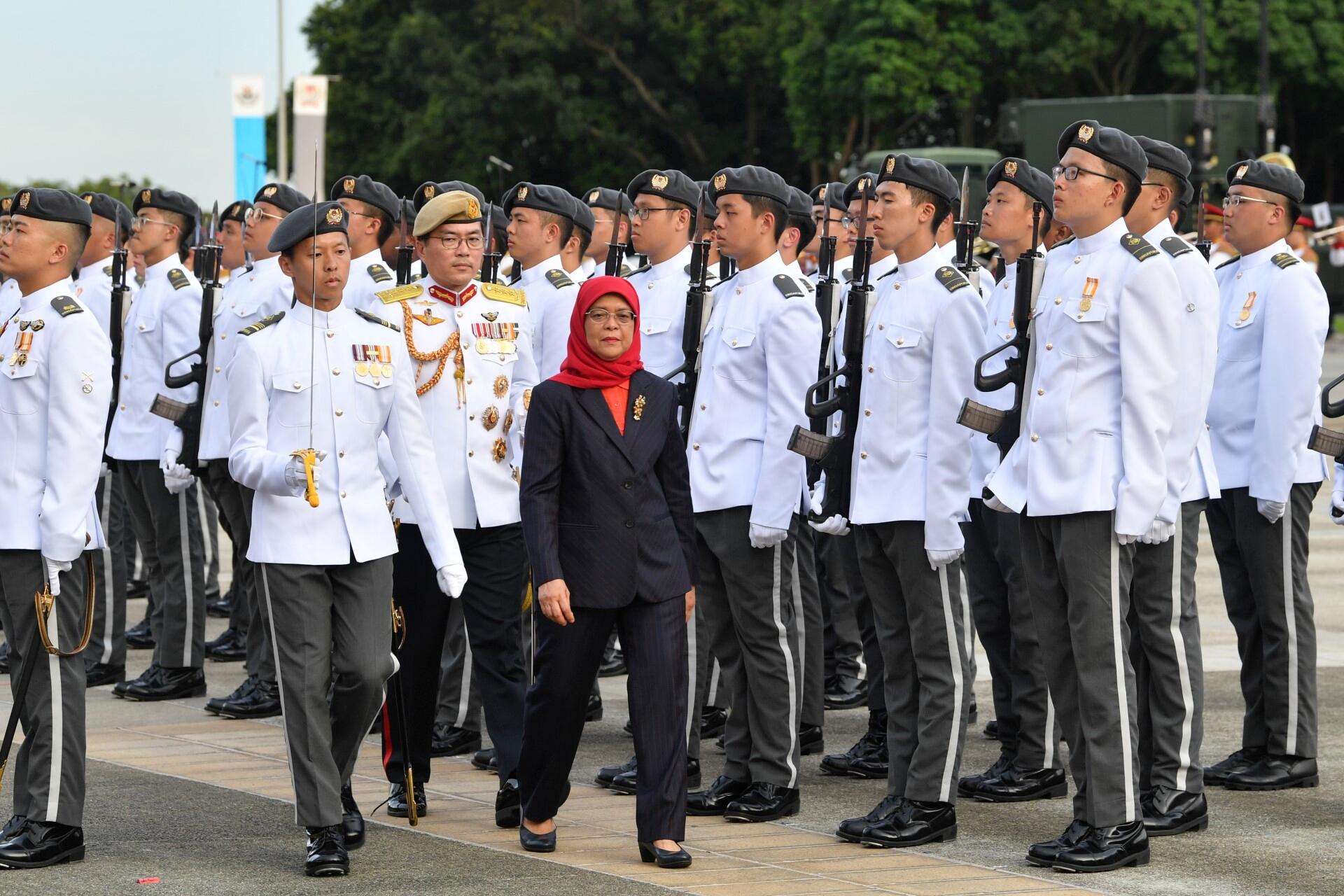 President Halimah Yacob presented the letter of appointment to the Chief of Digital and Intelligence Service Brigadier-General Lee Yi-Jin. 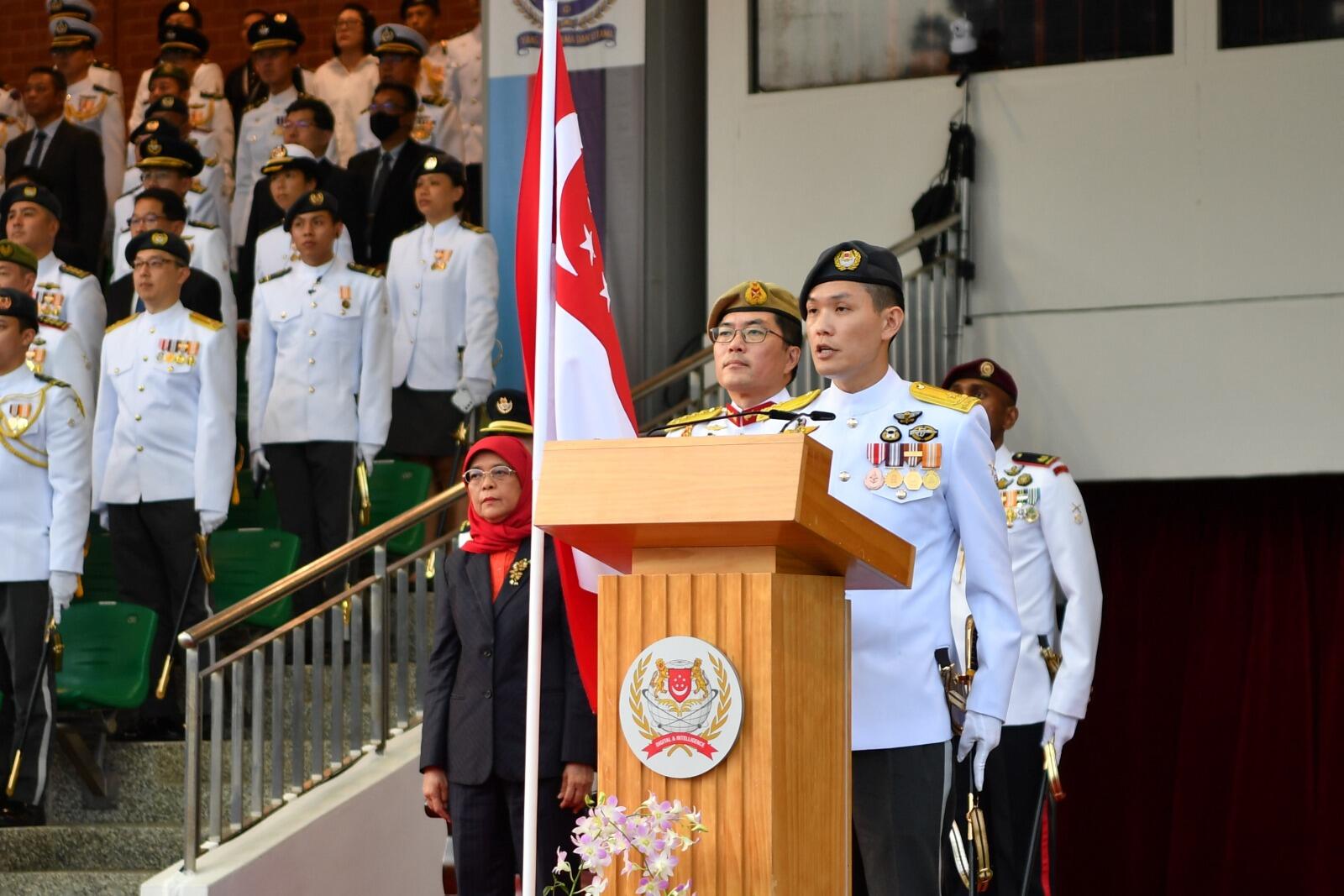 Chief of Digital and Intelligence Service BG Lee taking his oath at the DIS Inauguration Parade. A ceremony was held at the SAFTI Military Institute's Ceremonial Hall prior to the parade for the consecration of the DIS colours. 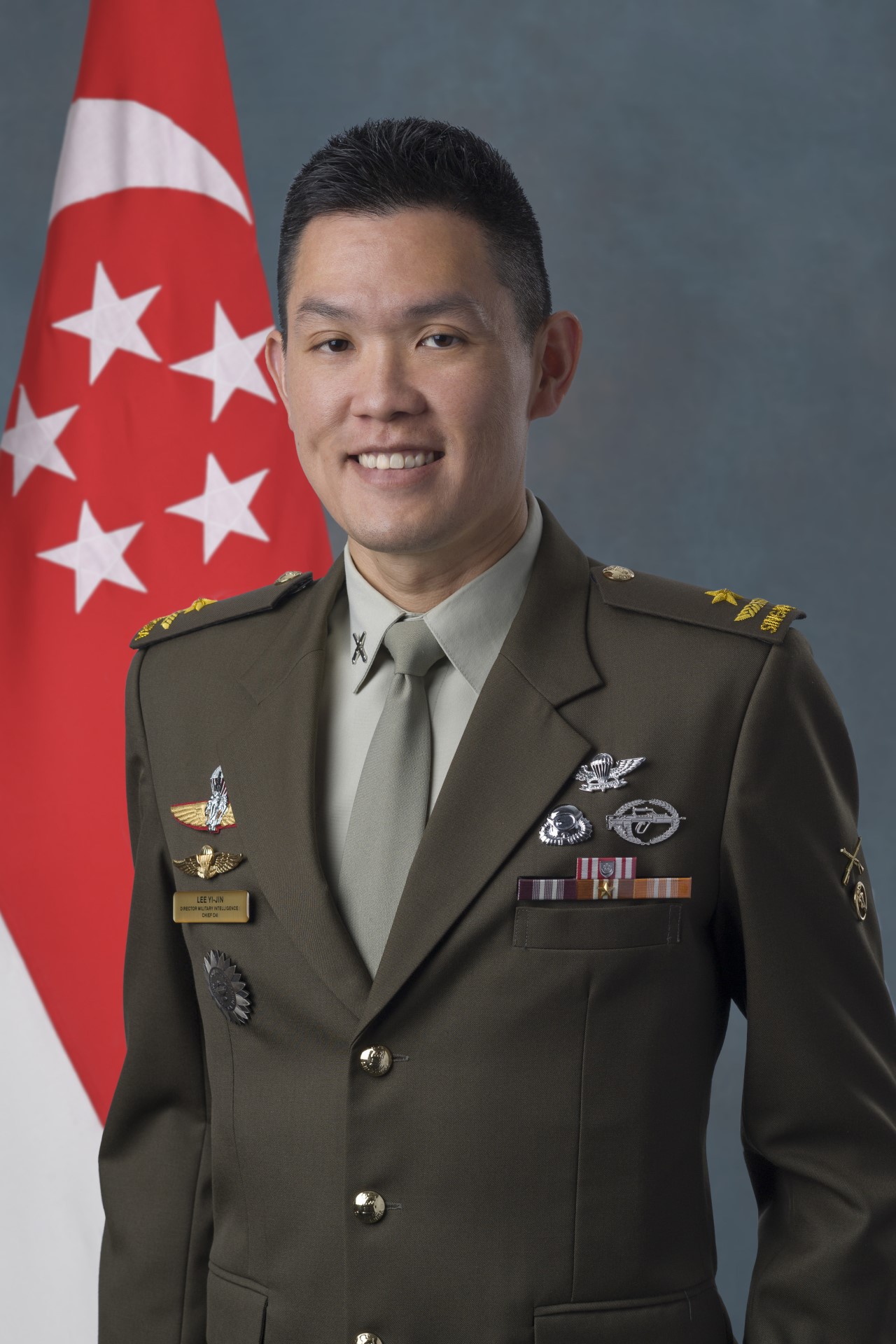 BG Lee is appointed as Chief of Digital and Intelligence Service on 28 October 2022.

The fourth Service of the Singapore Armed Forces (SAF) – the Digital and Intelligence Service (DIS) – was established during an inauguration parade officiated by President Halimah Yacob at the SAFTI Military Institute this evening. The establishment of the DIS marks a key milestone in the transformation of the Next Generation SAF with the consolidation and integration of existing Command, Control, Communications, Computers and Intelligence (C4I) and cyber capabilities of the SAF. As a dedicated Service, the DIS is entrusted with the mission to defend the peace and security of Singapore from evolving and increasingly complex threats in the digital domain.

Speaking at the parade, President Halimah highlighted the importance of the establishment of the SAF's fourth Service amidst fundamental shifts in the global security environment, including threats within the digital domain. She said, "Today's inauguration of the DIS is timely and necessary for the SAF to adapt itself to defend Singapore against the security threats that exist in the digital and information domains. In the past decade, we have witnessed many attacks on other countries, not through traditional armed conflicts, but through the digital realm. The impact of these digital attacks is real and can result in disruption of essential services, data theft and even local elections. Termed ‘hybrid warfare', it can be a preamble or part of an orchestrated campaign against a target nation by state and non-state actors. Just as the SAF defends Singapore in the air, land and sea, the fourth service will provide us the capabilities to defend ourselves against attacks in the digital domain." President Halimah also reminded DIS personnel of their important role and urged them to strive towards excellence in their mission. She said, "To the men and women of the DIS, you are the pioneers of a new Service. Always have the mission in mind, and embody the same pioneering spirit that your predecessors in C4I and across the wider SAF had, in bringing us to where we are today. Strive for technical and operational excellence, while staying true to the SAF core values and ethos. These will be key to your enduring success as a Service."

During the parade, President Halimah conferred on the DIS its State Colours, which promotes a sense of identity and pride among the servicemen and women of the DIS and symbolises their loyalty to the Service. President Halimah also presented the letter of appointment to the Chief of Digital and Intelligence Service Brigadier-General (BG) Lee Yi-Jin.

BG Lee, 42, who joined the SAF in 1999, has served in various command appointments, including Commanding Officer of the 21st Battalion Singapore Artillery, Commander of the 3rd Singapore Infantry Brigade and Commander of the 6th Singapore Division and Headquarters Sense and Strike. During the whole-of-nation fight against COVID-19, BG Lee oversaw contact tracing operations as Commander of the Health Surveillance Task Force in 2020. He has also held various key staff appointments, including as Assistant Chief of the General Staff (Plans) and Group Chief Policy and Strategy at the Ministry of Defence (MINDEF). As the Director of Military Intelligence and Chief of the C4I community, BG Lee laid the foundations for the establishment of the DIS, playing an instrumental role in charting out its mission, defining its role within the SAF, and designing the DIS' organisational and manpower structure.

Also present at the inauguration parade were Minister for Defence Dr Ng Eng Hen, Senior Ministers of State for Defence Mr Heng Chee How and Mr Zaqy Mohamad, Chief of Defence Force Lieutenant-General Melvyn Ong, as well as senior officials from MINDEF and the SAF.