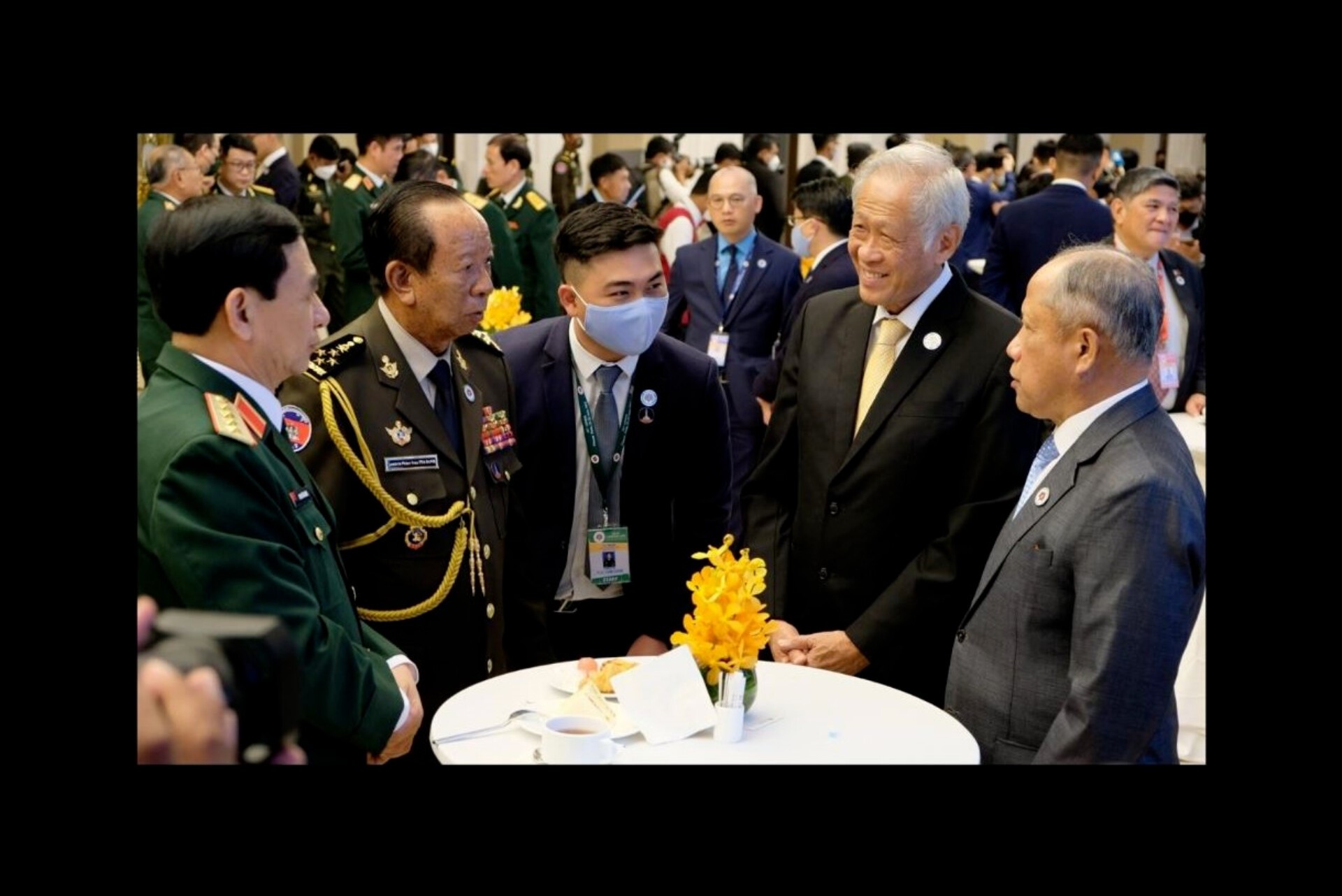 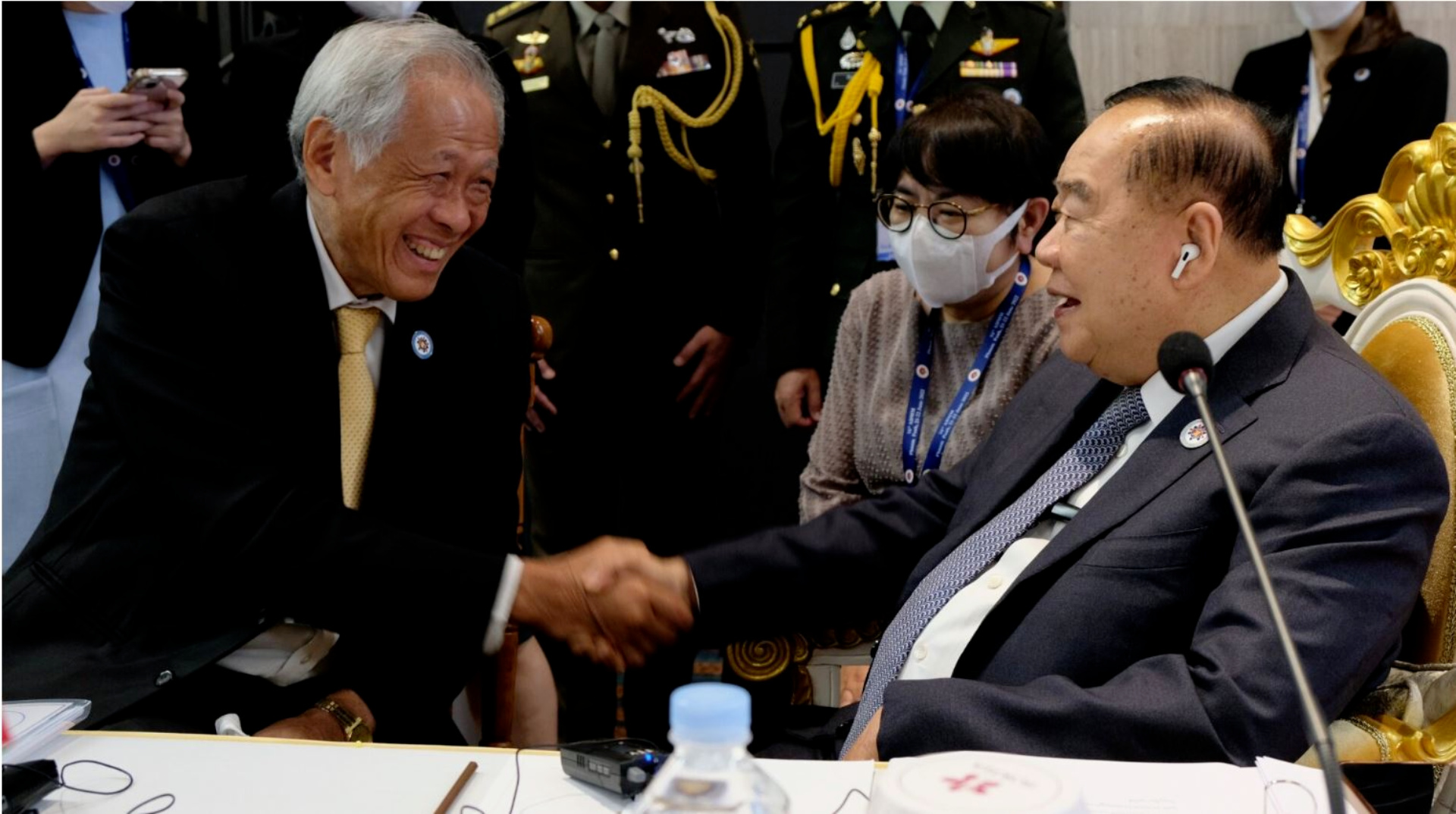 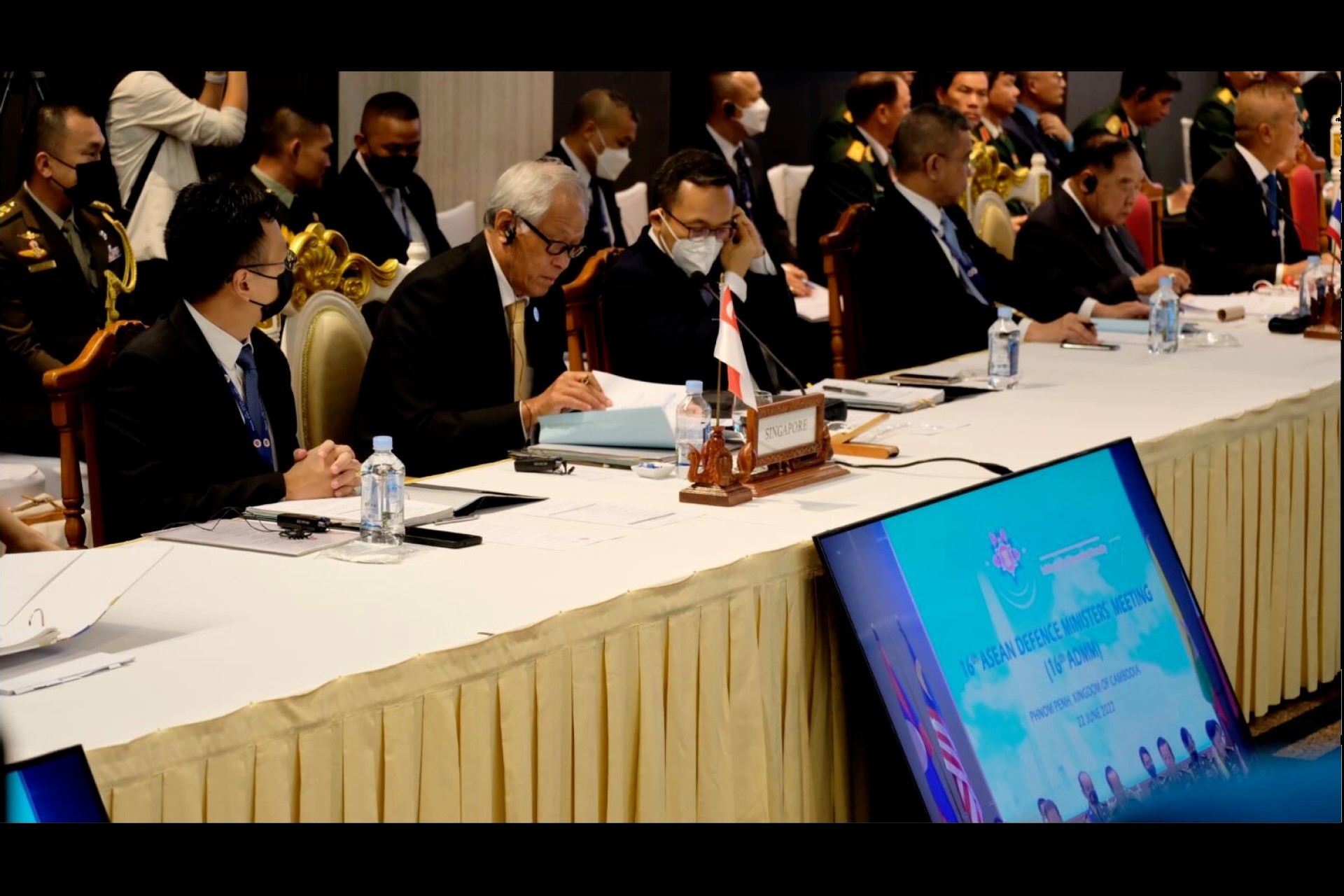 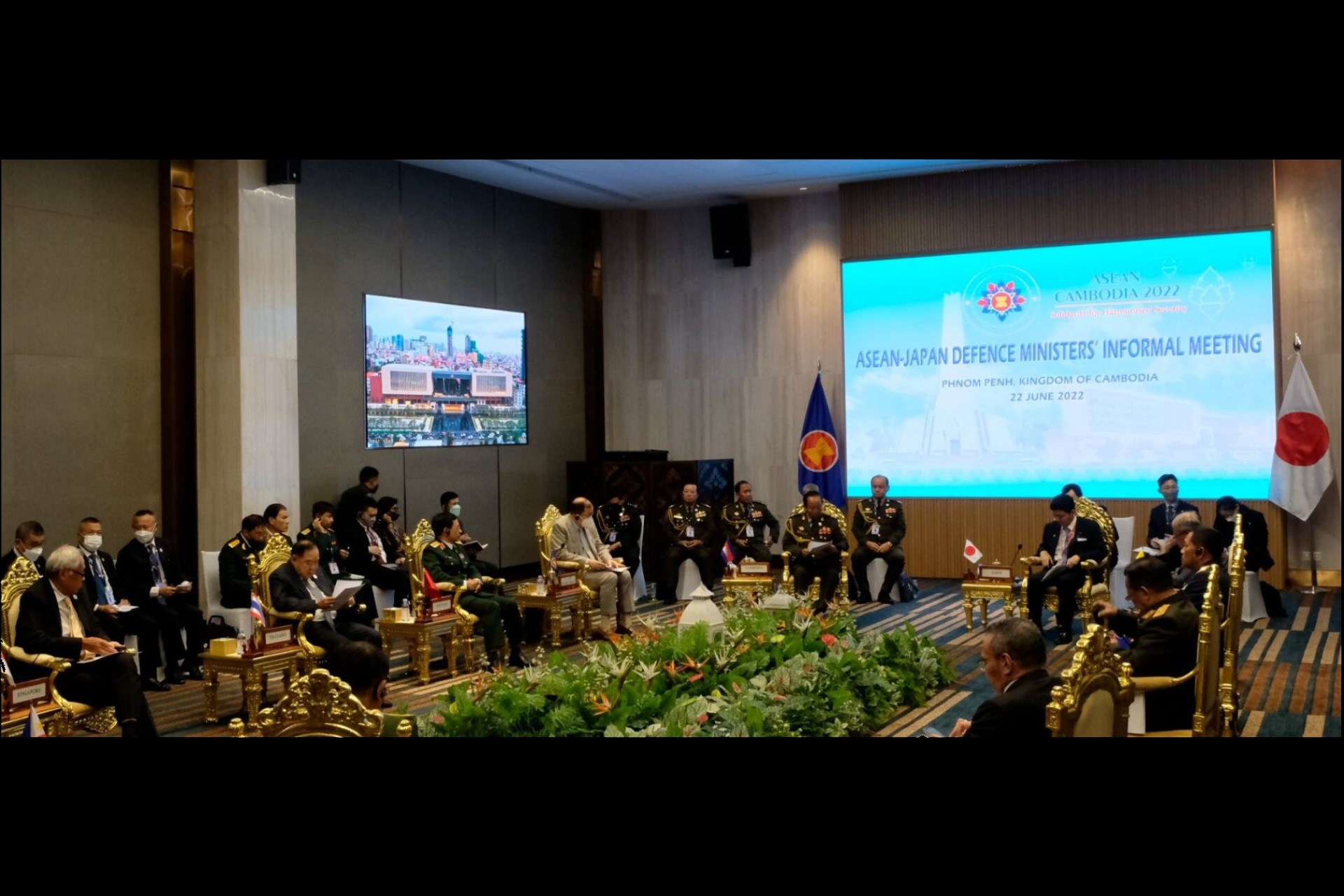 The ADMM at the ASEAN-Japan Defence Ministers' Informal Meeting. 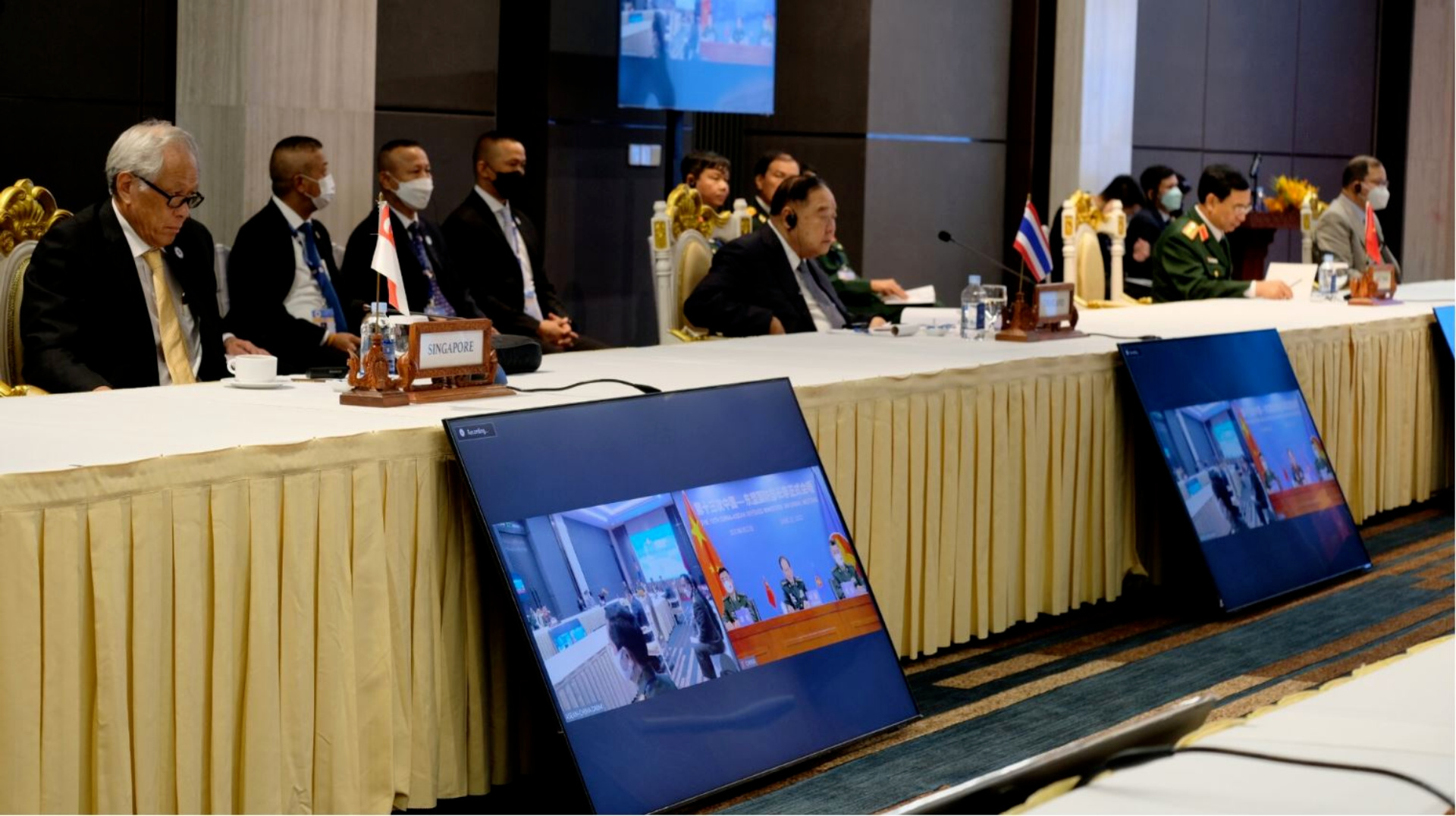 The ADMM at the ASEAN-China Defence Ministers' Informal Meeting, held in a hybrid format 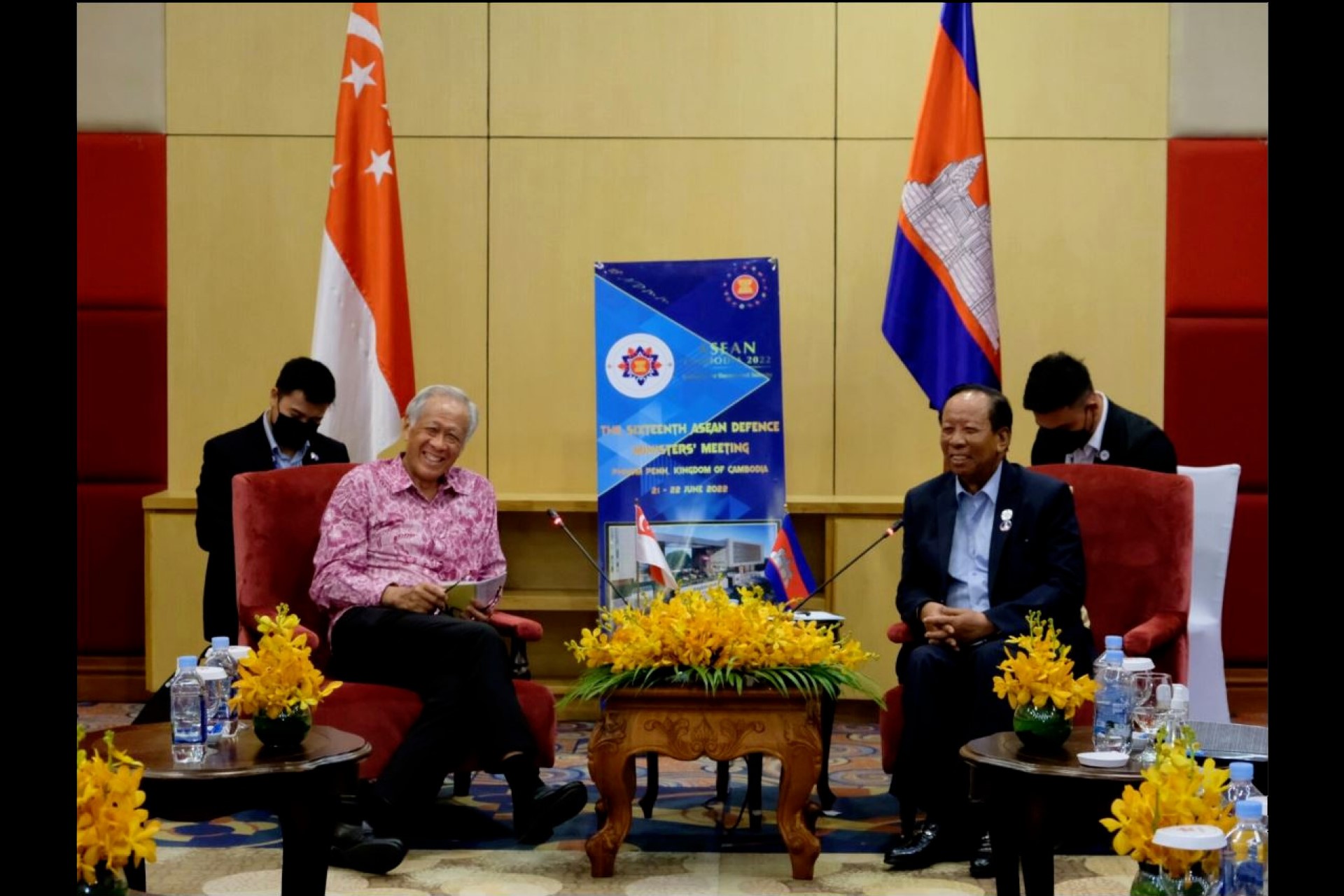 The 16th ADMM adopted the Joint Declaration on Defence Cooperation to Strengthen Solidarity for Harmonised Security. The Declaration reaffirmed the countries' commitment to enhance strategic dialogue and practical defence cooperation through the ADMM and ADMM-Plus as the region's key security architecture, and highlighted the importance of ASEAN centrality and the need to uphold a rules-based order anchored in international law.

The 16th ADMM also adopted the Phnom Penh Vision on the Role of Defence Establishments in Support of COVID-19 Recovery, co-sponsored by Cambodia and Singapore. The Vision recognises the ADMM's contributions to national COVID-19 efforts, including through the Network of ASEAN Chemical, Biological and Radiological (CBR) Defence Experts and the ASEAN Centre of Military Medicine. It pledges to continue cooperation to support the region's recovery from the pandemic, such as by leveraging the Network of ASEAN CBR Defence Experts to exchange information and lessons learned to combat the pandemic.

Speaking after the meeting, Dr Ng highlighted that discussions were productive and covered a range of current security issues, including on threats in the cyber and information domain. The meeting adopted the Terms of Reference of the Singapore-hosted ADMM Cybersecurity and Information Centre of Excellence (ACICE). The ACICE was established last year to share information and build capacity against threats in the cyber and information domains. Dr Ng added that the ADMM had issued a substantive Joint Declaration, which urged the early conclusion of a Code of Conduct in the South China Sea, and emphasised ASEAN's efforts to bring about a peaceful transition to normalcy in Myanmar through the implementation of the Five-Point Consensus of the ASEAN Leaders' Meeting in April 2021.

In addition to attending the 16th ADMM, Dr Ng participated in a joint call on Cambodia Prime Minister Hun Sen, as well as the ASEAN-Japan and ASEAN-China Defence Ministers' Informal Meetings. Dr Ng also called on Cambodia Deputy Prime Minister and Minister of National Defence GEN Tea Banh. Both parties reaffirmed friendly bilateral defence ties between Singapore and Cambodia, as well as the importance of ASEAN centrality and unity amid geopolitical developments.

The ADMM Retreat and the 9th ADMM-Plus meeting will be held later in the year.

Fact Sheet: Joint Declaration of the ASEAN Defence Ministers on Defence Cooperation to Strengthen Solidarity for a Harmonised Security

Fact Sheet: Phnom Penh Vision on the Role of Defence Establishments in Support of COVID-19 Recovery