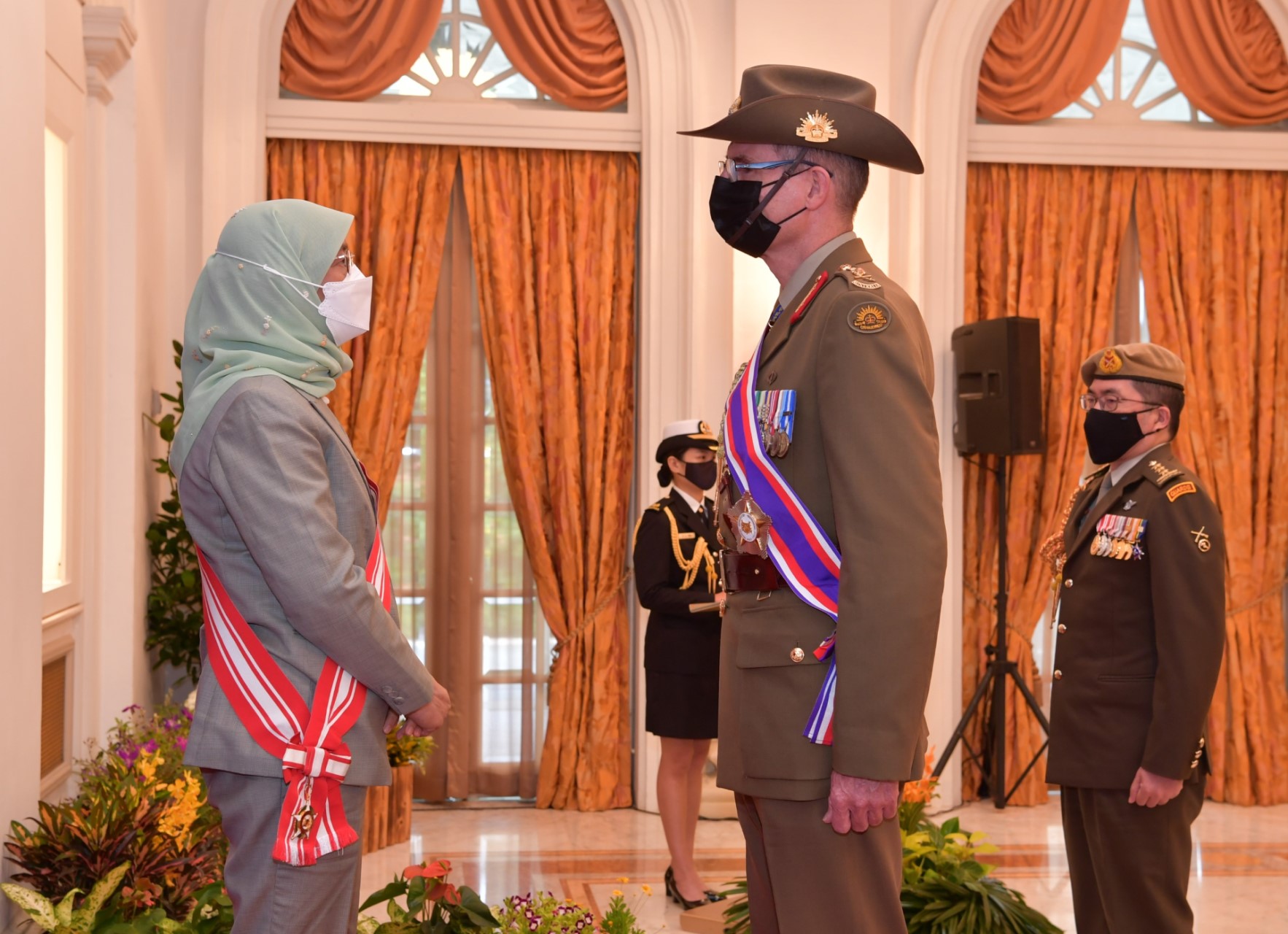 The Chief of the Australian Defence Force General (GEN) Angus Campbell with President Halimah Yacob after receiving the Distinguished Service Order (Military) award at the Istana. 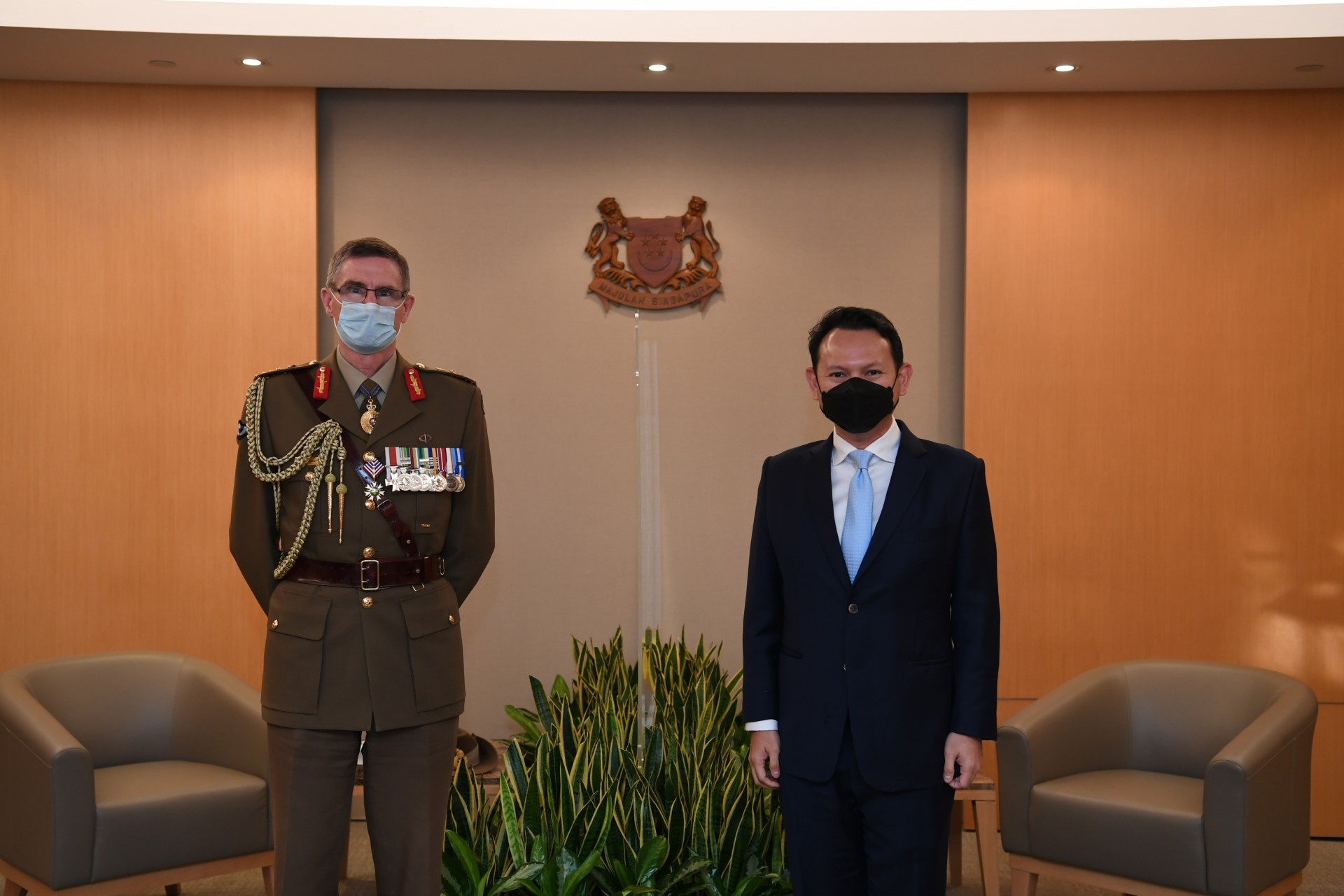 GEN Campbell calling on Senior Minister of State for Defence Mr Zaqy Mohamad at the Ministry of Defence (MINDEF) this afternoon. 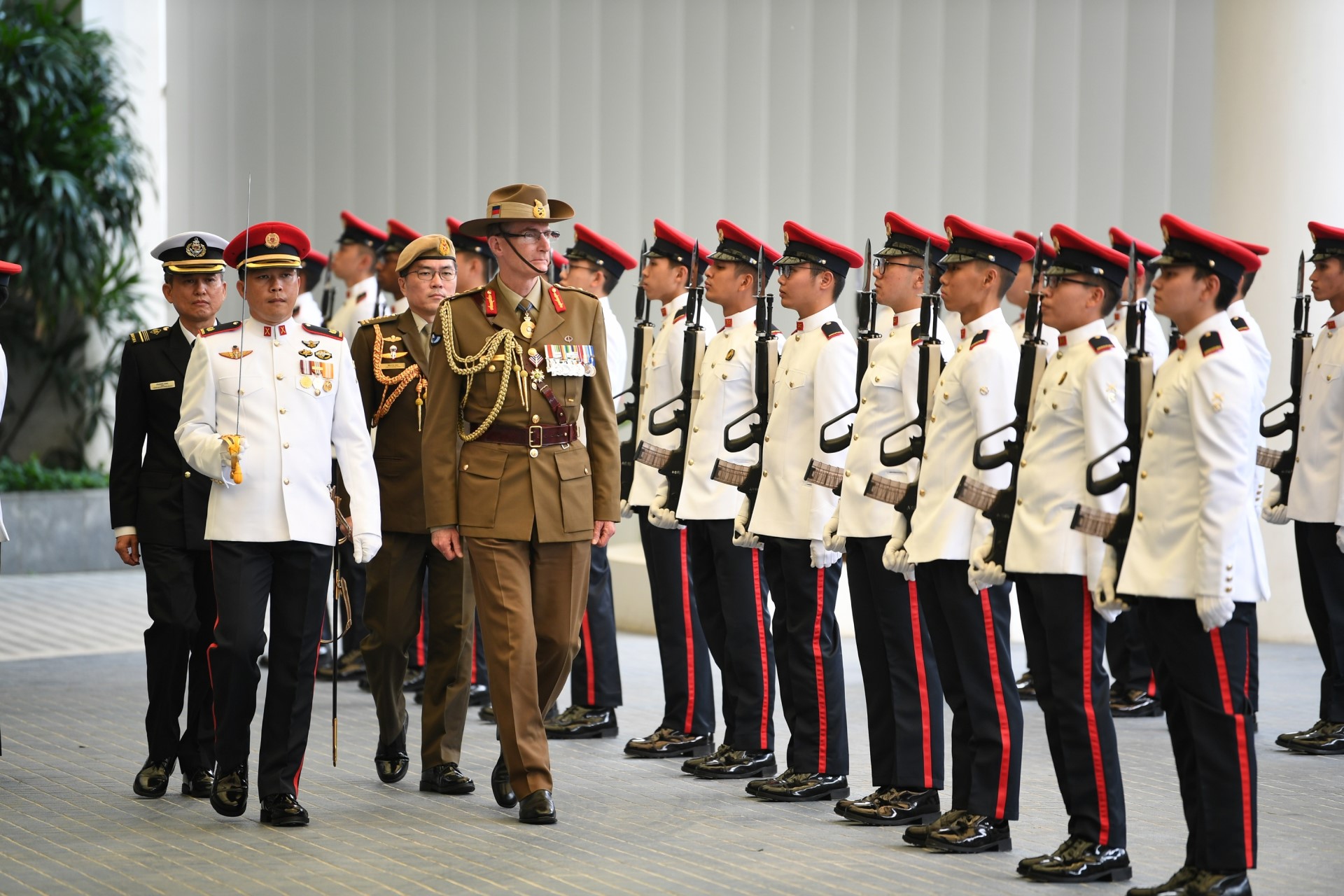 GEN Campbell inspecting the Guard of Honour at MINDEF.

GEN Campbell was conferred the award for his significant contributions in strengthening the close and long-standing defence relations between the Singapore Armed Forces (SAF) and the ADF. Under GEN Campbell's sterling leadership, both militaries deepened cooperation and forged closer people-to-people ties through frequent bilateral exercises and professional exchanges.

Of note, GEN Campbell's strong support for the SAF's training in Australia, including the safe and successful resumption of Exercise Wallaby amidst the COVID-19 pandemic, has provided the SAF with valuable training opportunities to enhance its operational readiness. Both militaries have also commemorated key milestones such as the 30th anniversary of the SAF's training in Shoalwater Bay, the 25th anniversary of the bilateral maritime exercise, Exercise Singaroo, and the ratification of the Singapore-Australia Treaty on Military Training and Training Area Development in Australia.

GEN Campbell's commitment to enhancing regional security cooperation has seen both Armed Forces collaborating through multilateral platforms such as the ASEAN Defence Ministers' Meeting-Plus Experts' Working Groups, and the Five Power Defence Arrangements. GEN Campbell has also supported the ADF's involvement in the set-up of the Counter-Terrorism Information Facility in Singapore, with Australia being the first Partner Nation to deploy a liaison officer to the facility.

Guests at the investiture included Senior Minister of State for Defence Mr Zaqy Mohamad and Chief of Defence Force Lieutenant-General (LG) Melvyn Ong, as well as other senior government officials and military officers from both Singapore and Australia.

GEN Campbell, who is in Singapore from 28 to 29 April 2022, also called on Mr Zaqy and LG Ong and inspected the Guard of Honour at the Ministry of Defence, prior to the investiture.