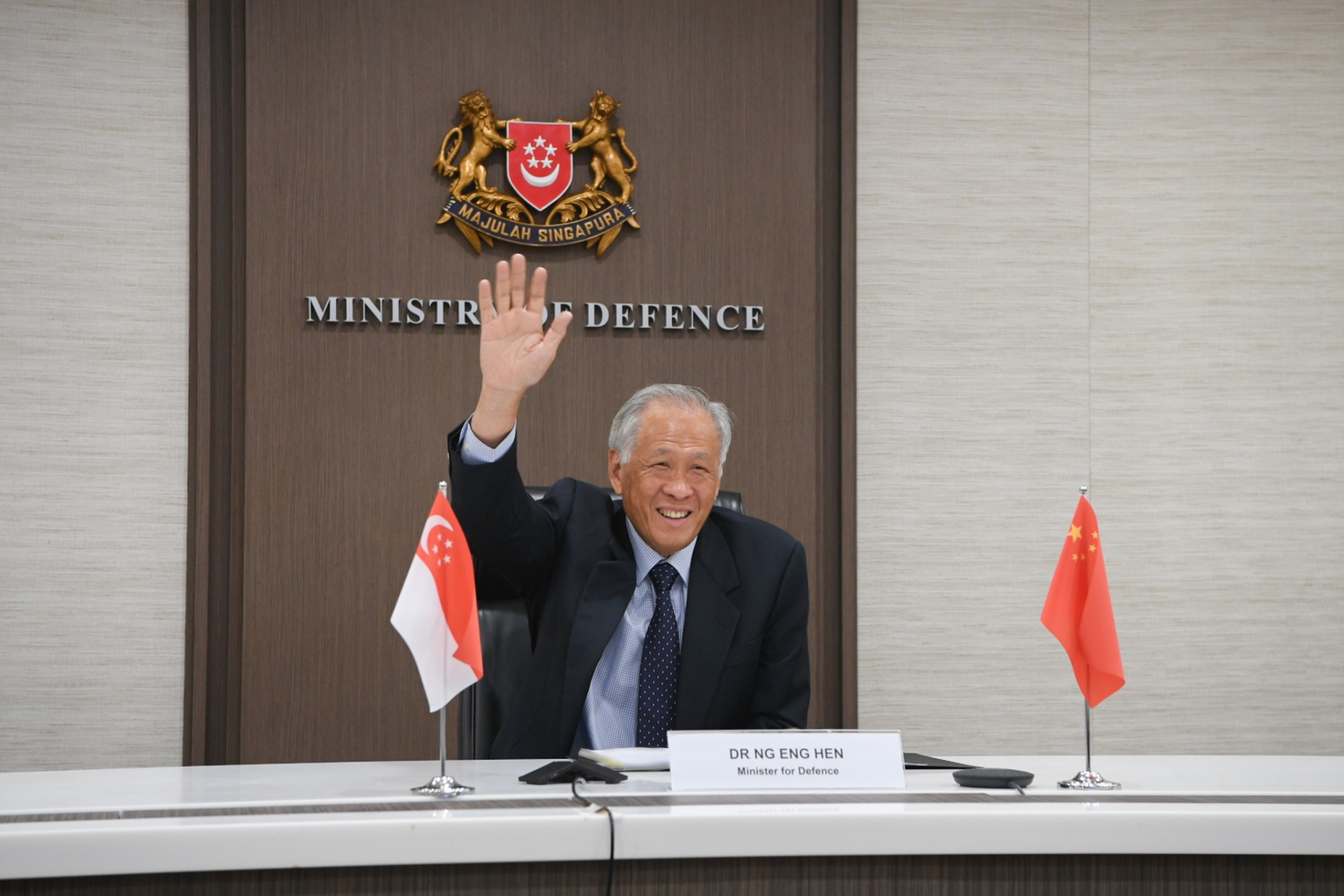 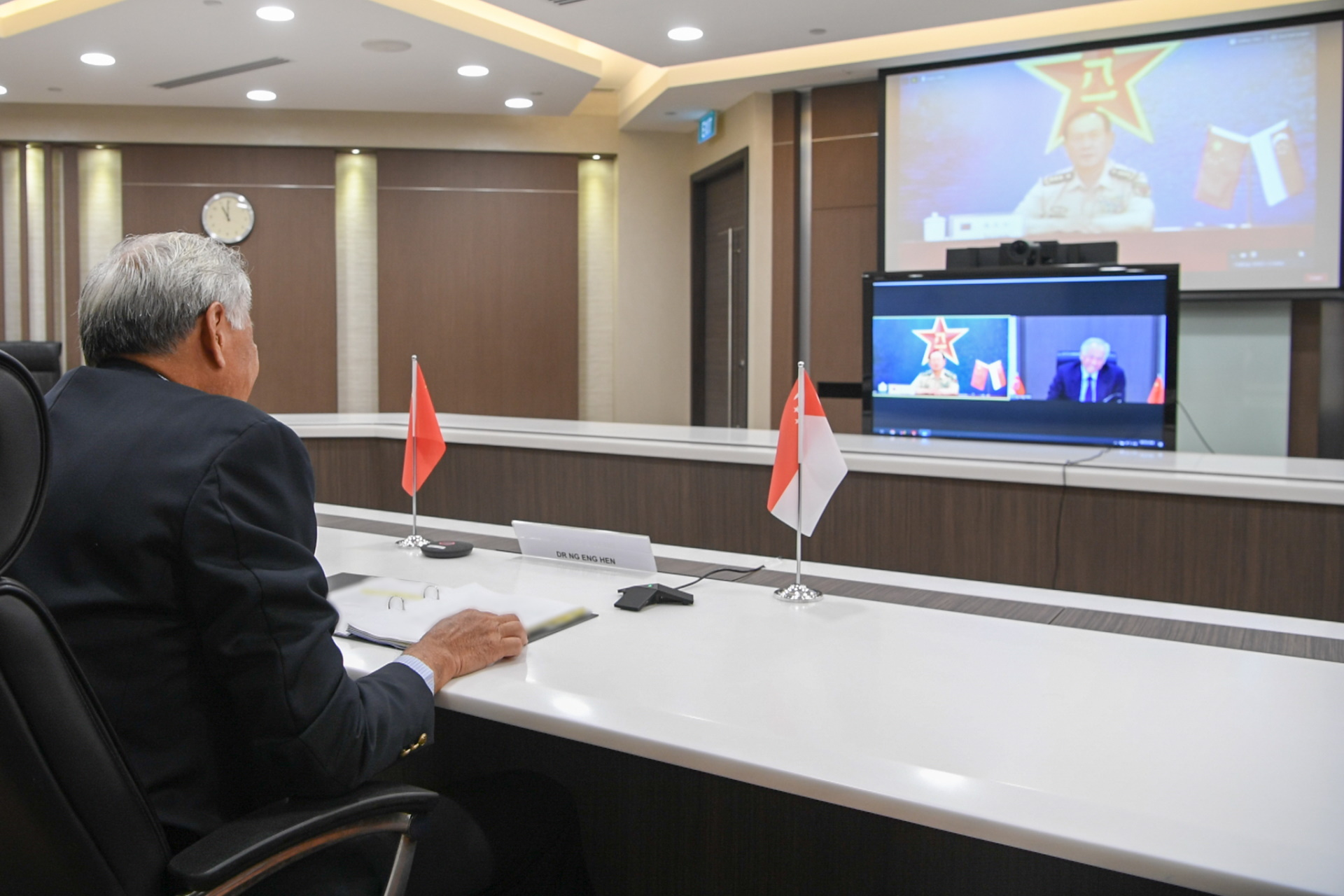 During the meeting, both Ministers acknowledged the significant progress made in the bilateral defence relationship as Singapore and China marked the 30th anniversary of establishing diplomatic relations last year, with the inaugural People's Liberation Army Air Force Ba Yi aerobatics team performance at the Singapore Airshow and the continuation of numerous exchanges despite the COVID-19 situation. Both Ministers exchanged views on the global pandemic situation and ways in which both militaries had supported the fight against COVID-19. Dr Ng thanked GEN Wei for his strong support for the Shangri-La Dialogue even though it could not be held this year, and invited GEN Wei to visit Singapore when the regional COVID-19 situation improves.

Both Ministers reaffirmed their commitment to strengthen defence cooperation under the enhanced Agreement on Defence Exchanges and Security Cooperation (ADESC) signed in October 2019 with frequent high-level dialogues such as this video conference, the institutionalising and scaling up of the flagship Exercise Cooperation and Exercise Maritime Cooperation by both armies and navies respectively, as well as the regular conduct of academic exchanges among military academies and think-tanks. Dr Ng and GEN Wei also discussed regional security developments and practical ways to strengthen ASEAN-China defence cooperation and the ASEAN Defence Ministers Meeting-Plus framework to build confidence among militaries and avoid conflict.

Both armed forces and the defence establishment interact regularly through numerous bilateral and multilateral exercises, high-level visits, professional exchanges, port calls, and the cross-attendance of courses and seminars.