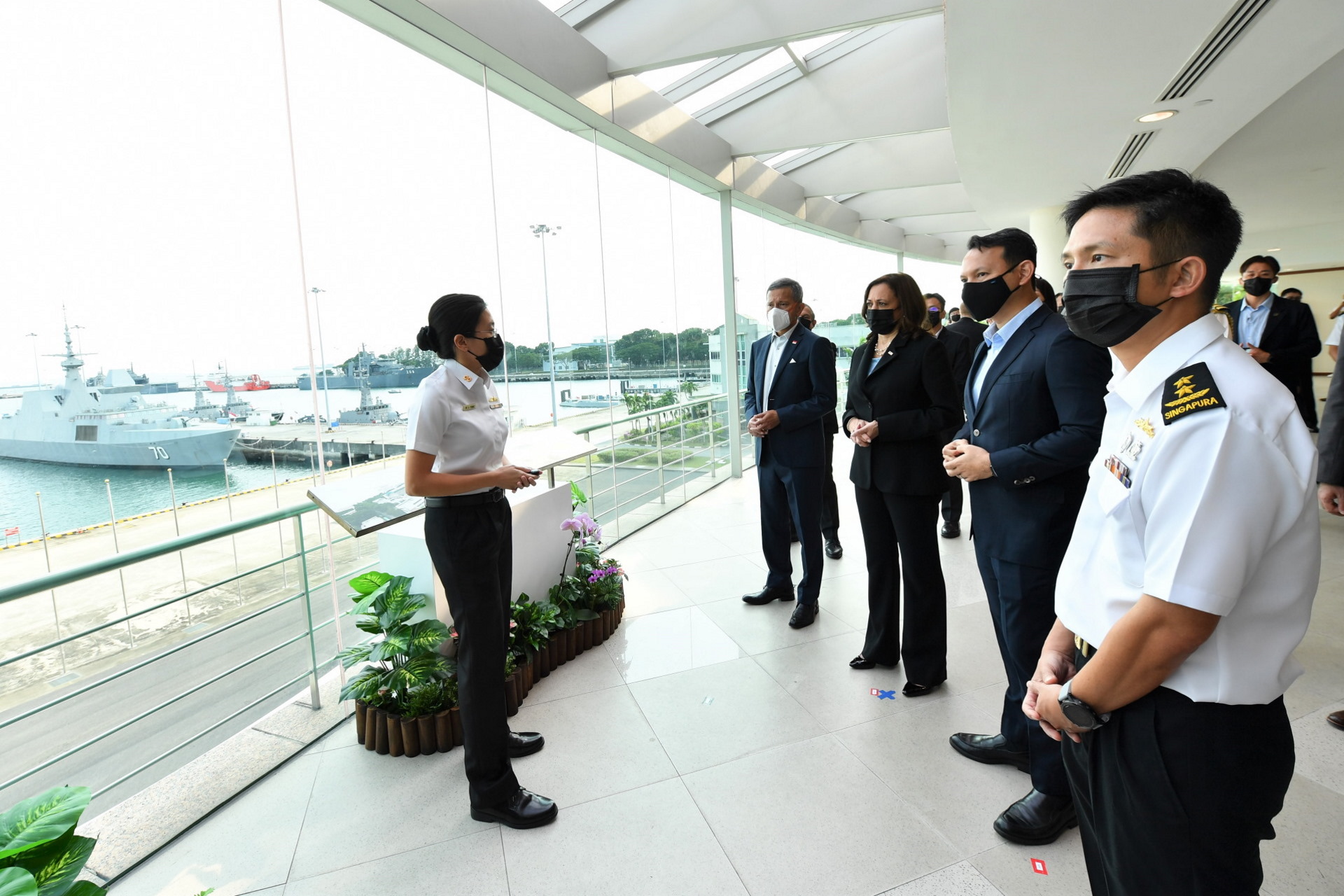 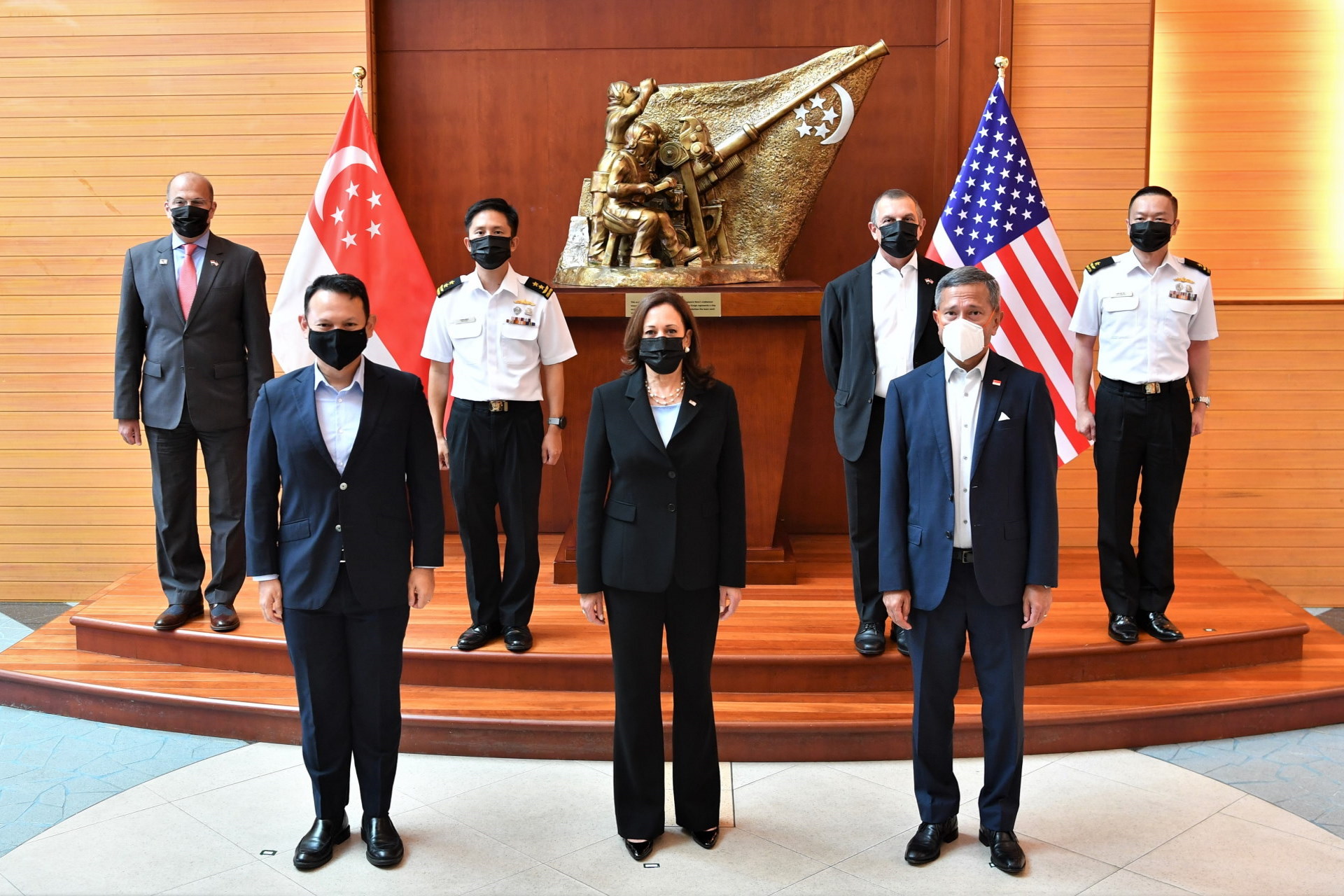 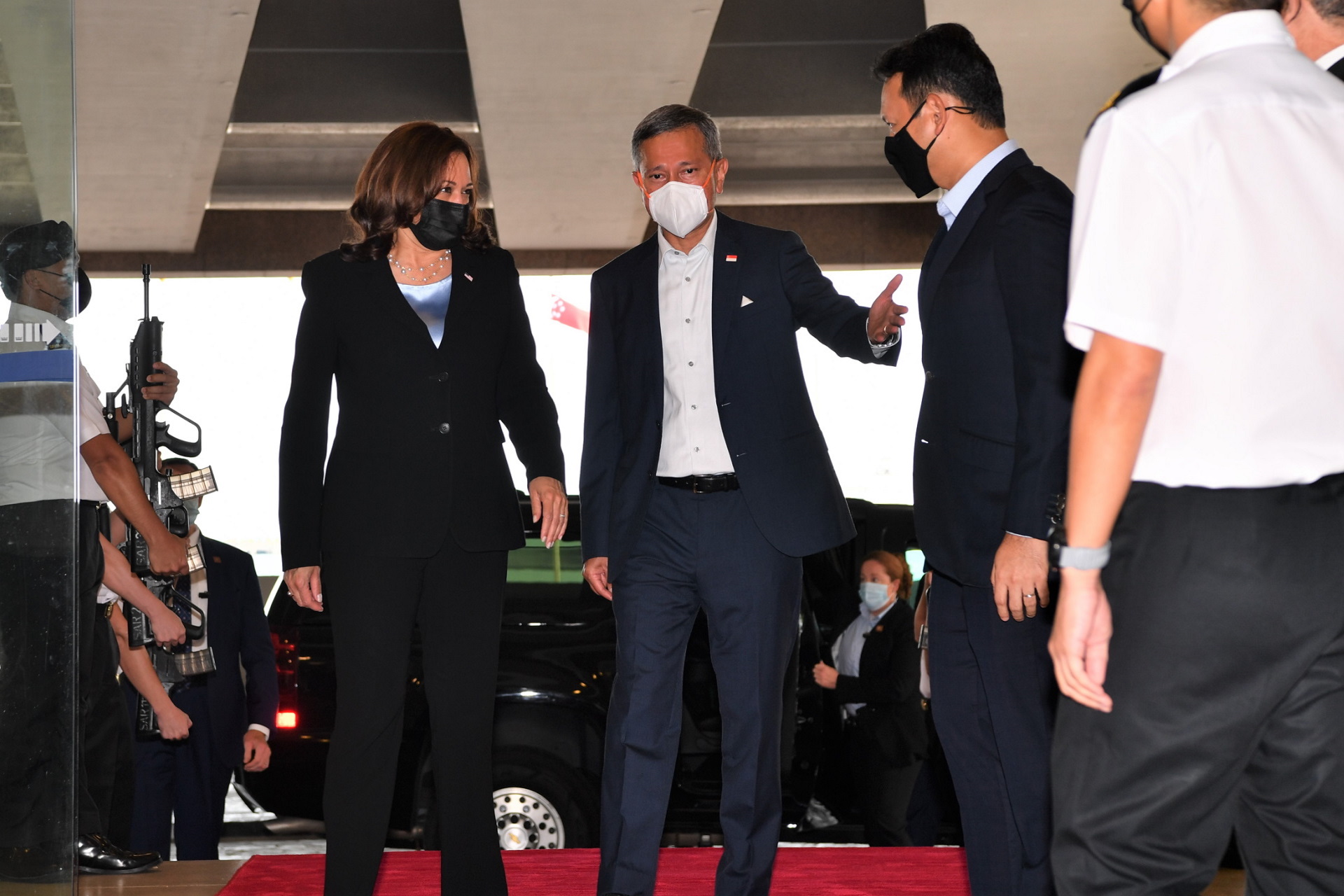 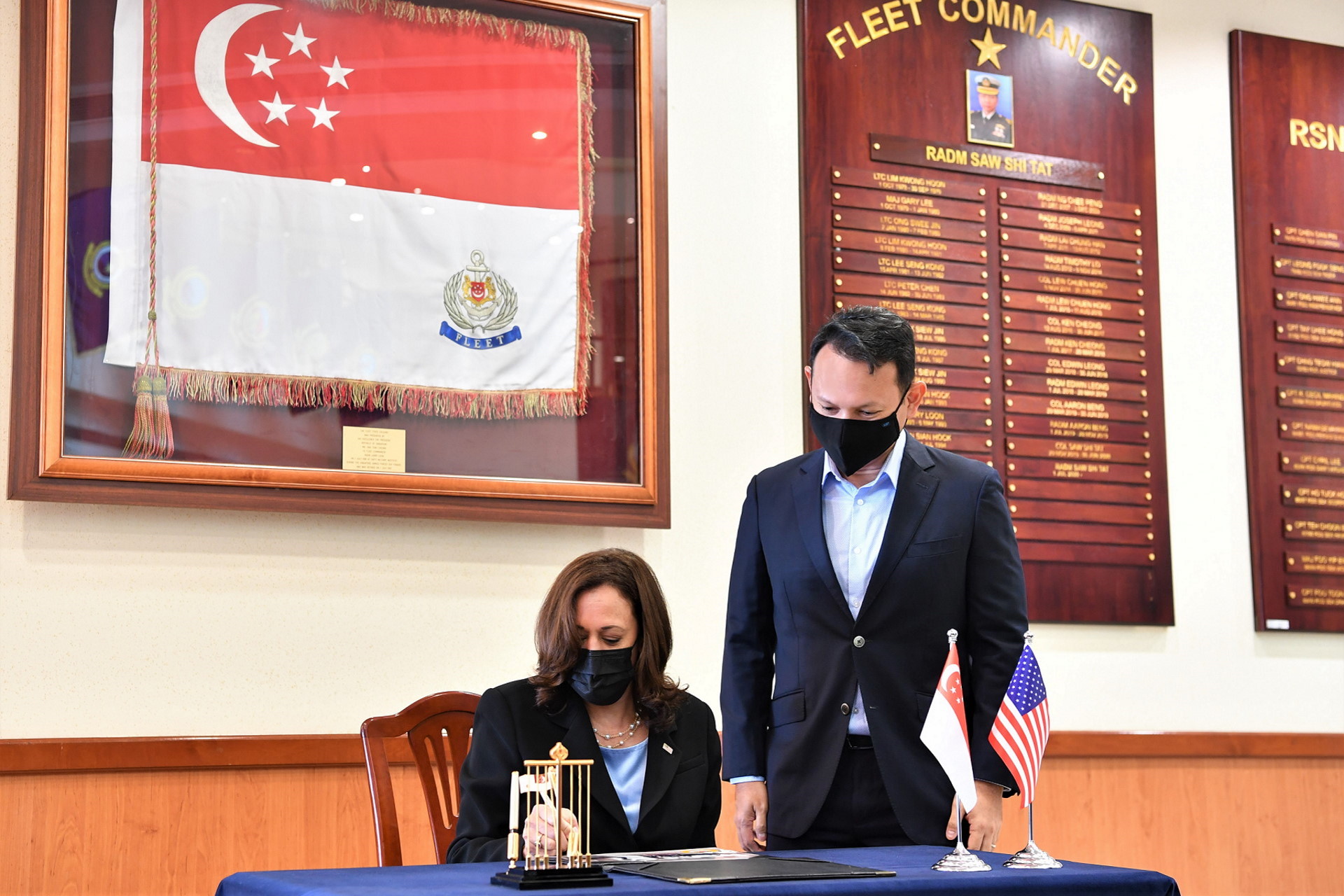 
Senior Minister of State for Defence Mr Zaqy Mohamad hosted United States (US) Vice President Kamala Harris to a visit at RSS Singapura - Changi Naval Base this afternoon. Also present were Minister for Foreign Affairs Dr Vivian Balakrishnan, Singapore Ambassador to the US Mr Ashok Mirpuri, US Chargé d'Affaires Mr Rafik Mansour, Chief of Navy Rear-Admiral Aaron Beng, as well as other senior officials from Singapore and the US.

During the visit, Vice President Harris was briefed on how Changi Naval Base has supported the US' continued presence and engagement in the region over the past few decades, as well as the regular interactions between the Republic of Singapore Navy (RSN) and the US Navy (USN) through bilateral and multilateral exercises and professional exchanges. She also viewed a demonstration of the RSN's latest Maritime Security Unmanned Surface Vessel. Vice President Harris also visited the USS Tulsa – a US Littoral Combat Ship that was in the region for the annual USN-led multilateral Southeast Asia Cooperation and Training (SEACAT) exercise, which was coordinated by the RSN's Information Fusion Centre.

Vice President Harris is in Singapore on an official visit from 22 to 24 August 2021. Vice President Harris' visit to the RSN underscores the excellent and long-standing defence relations between Singapore and the US. The defence establishments of Singapore and the US enjoy extensive defence interactions, including dialogues, military-to-military exchanges, training and cross-attendance of courses, and defence technology cooperation. Both defence establishments also provide long-standing support for each other's forces in their home countries. In 2019, both countries renewed the 1990 Memorandum of Understanding (MOU) Regarding United States Use of Facilities in Singapore and signed an MOU concerning the establishment of a Republic of Singapore Air Force Fighter Training Detachment at Andersen Air Force Base, Guam. Earlier today, Prime Minister Lee Hsien Loong and Vice President Harris announced that the Ministry of Defence and the Singapore Armed Forces concluded an MOU concerning cooperation in cyberspace with the US Department of Defense on 20 August 2021.