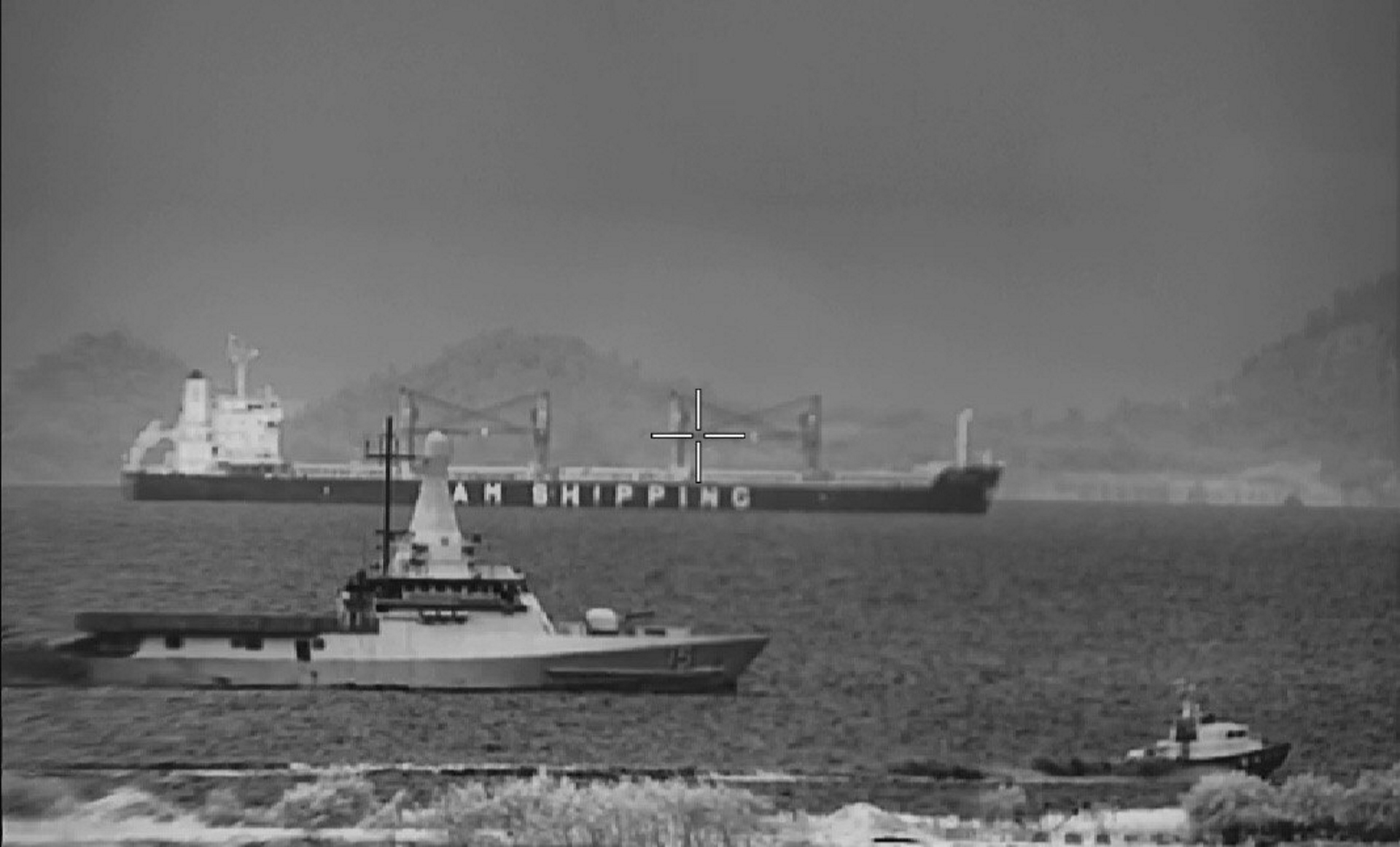 RSN personnel on board RSS Independence, monitoring the Sam Jaguar this morning.

The RSN's Information Fusion Centre (IFC) shared information on the incident with the Indonesian authorities via the IFC Real-time Information-sharing System (IRIS), which was also used during last year's ASEAN-US Maritime Exercise (pictured).

At 5.11am on 16 March 2020, the Maritime and Port Authority of Singapore's Port Operations Control Centre (POCC) received a report from Sam Jaguar that robbers had boarded their ship, and were locked in in the engine room by the ship crew.

The RSN's MSTF commenced close monitoring of the vessel, and despatched the Littoral Mission Vessel RSS Independence and Police Coast Guard craft towards the location of the incident, to be prepared to respond if the vessel entered Singapore territorial waters. Simultaneously, the RSN's Information Fusion Centre (IFC) shared information on the incident and perpetrators with the Indonesian authorities via the information-sharing portal IFC Real-time Information-sharing System (IRIS), and MPA's POCC shared the report with the Regional Cooperation Agreement on Combating Piracy and Armed Robbery against ships in Asia (ReCAAP)'s Information Sharing Centre in Singapore.

The TNI AL subsequently deployed two ships and one helicopter to hail and board Sam Jaguar in Indonesian Territorial Waters. Acting on the information shared by the IFC, the TNI AL successfully apprehended three perpetrators. The crew on board the bulk carrier were safe and unharmed.

Speaking about the incident, Lieutenant-Colonel Gary Ow, Head IFC, said, "Today's operational outcome is due to the good cooperation and quick response between Singaporean and Indonesian enforcement agencies. By working closely together with the shipping community and littoral states to monitor our waters and share information, we can quickly cue operational responses and keep up the pressure on sea robbers to bring sea robbery incidents down."