GEN Ackbal inspecting the Guard of Honour at the Ministry of Defence. 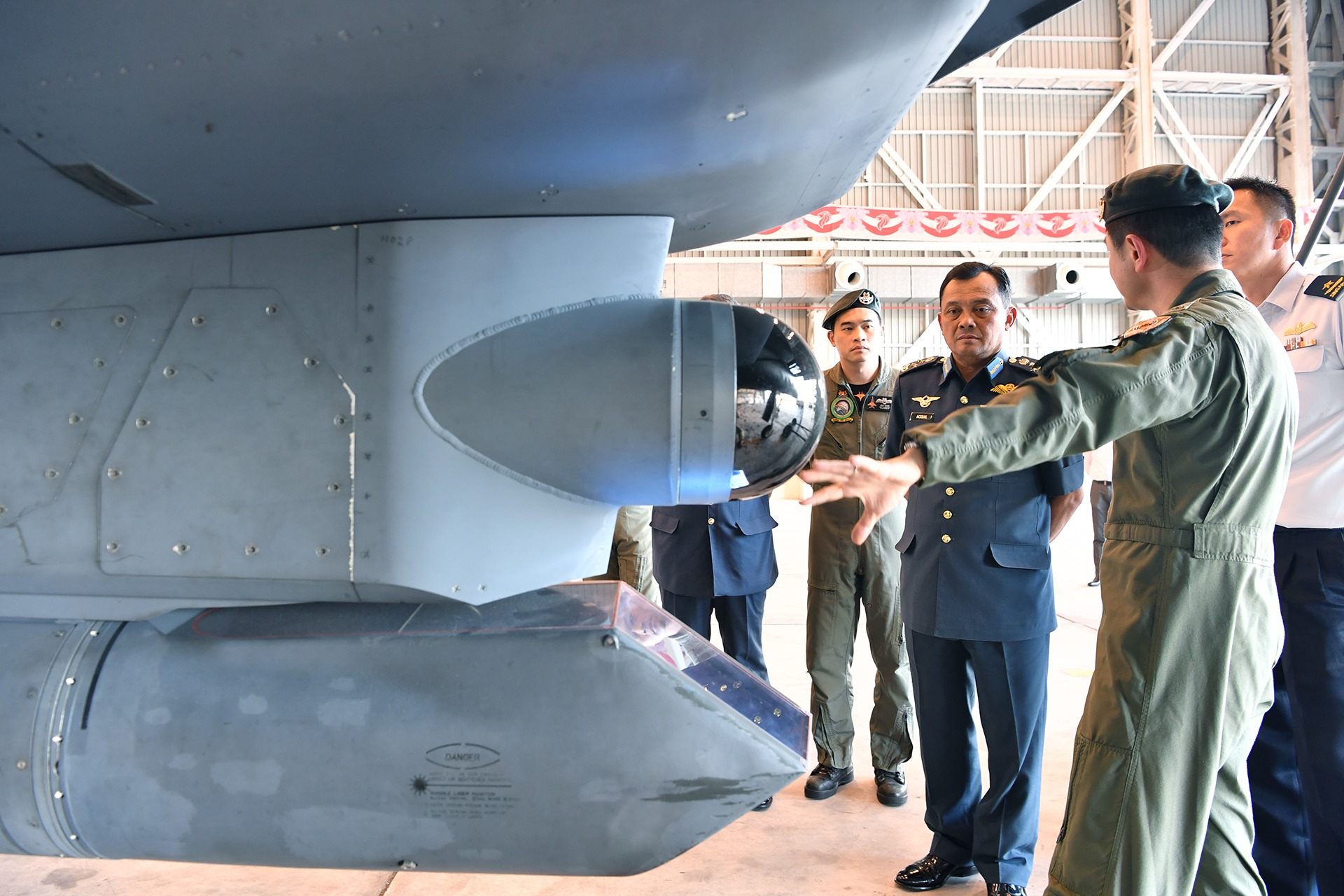 The Chief of the Royal Malaysian Air Force (RMAF) General (GEN) Dato' Sri Ackbal bin Haji Abdul Samad, called on Minister for Defence Dr Ng Eng Hen at the Ministry of Defence (MINDEF) this morning. During the meeting, Dr Ng and GEN Ackbal reaffirmed the importance of maintaining strong ties between the Republic of Singapore Air Force (RSAF) and the RMAF.

GEN Ackbal, who is in Singapore for his introductory visit from 21 to 22 January 2020, also called on Chief of Defence Force Lieutenant-General Melyvn Ong and Chief of Air Force Major-General Kelvin Khong, and inspected a Guard of Honour at MINDEF. GEN Ackbal also visited 142 Squadron at Paya Lebar Air Base, where he received a brief on the RSAF's Air Combat Command and viewed the F-15SG fighter aircraft on static display.

GEN Ackbal's visit underscores the long-standing bilateral defence relations between Singapore and Malaysia. Regular interactions between the RSAF and the RMAF, through professional exchanges, courses and exercises, including those under the ambit of the Five Power Defence Arrangements, have enhanced mutual understanding and cooperation between both air forces. Both air forces have also enhanced bilateral cooperation, such as in Search and Rescue as part of the bilateral exercise SAREX MALSING. These interactions have enhanced mutual understanding and friendship between the personnel of the two air forces.