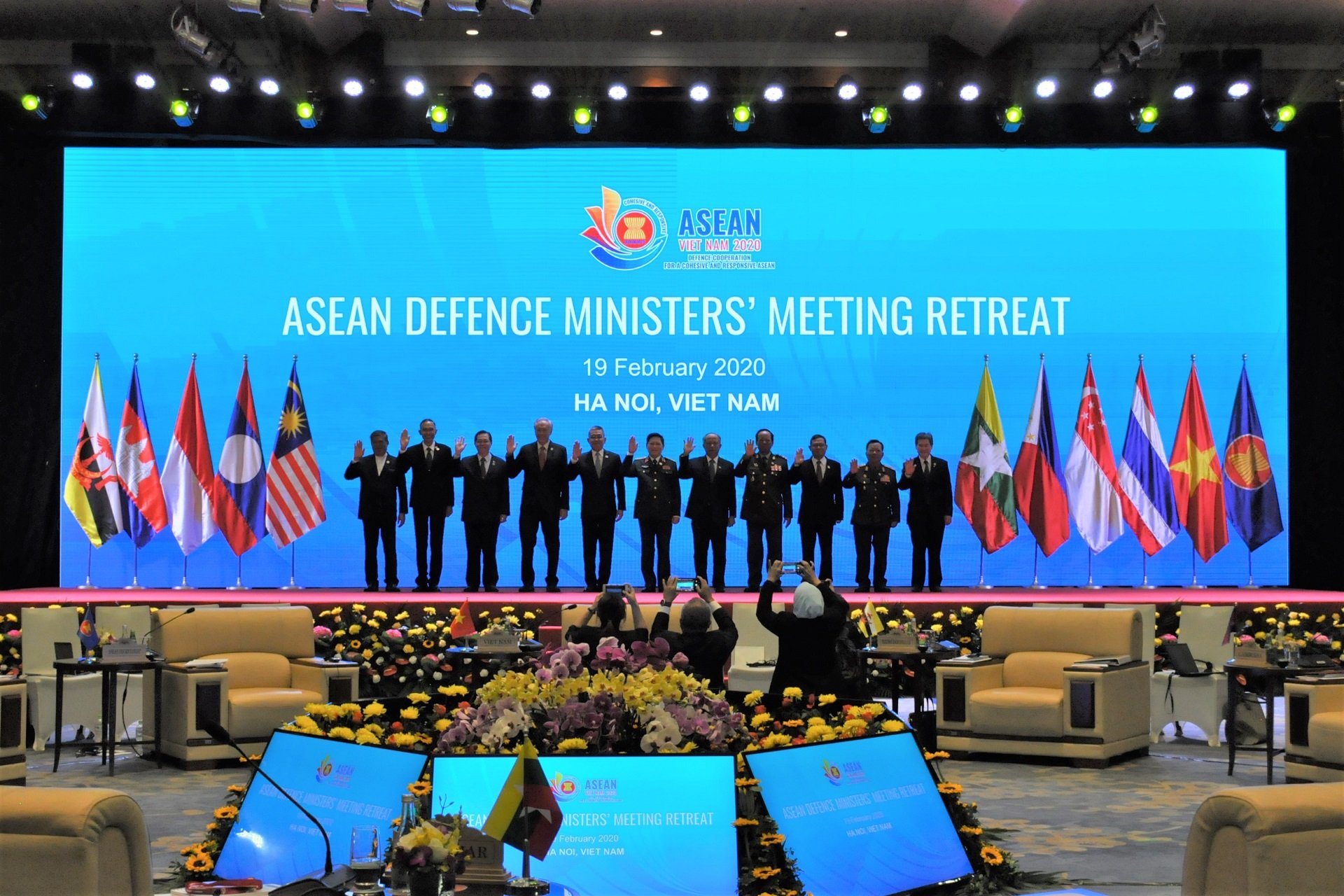 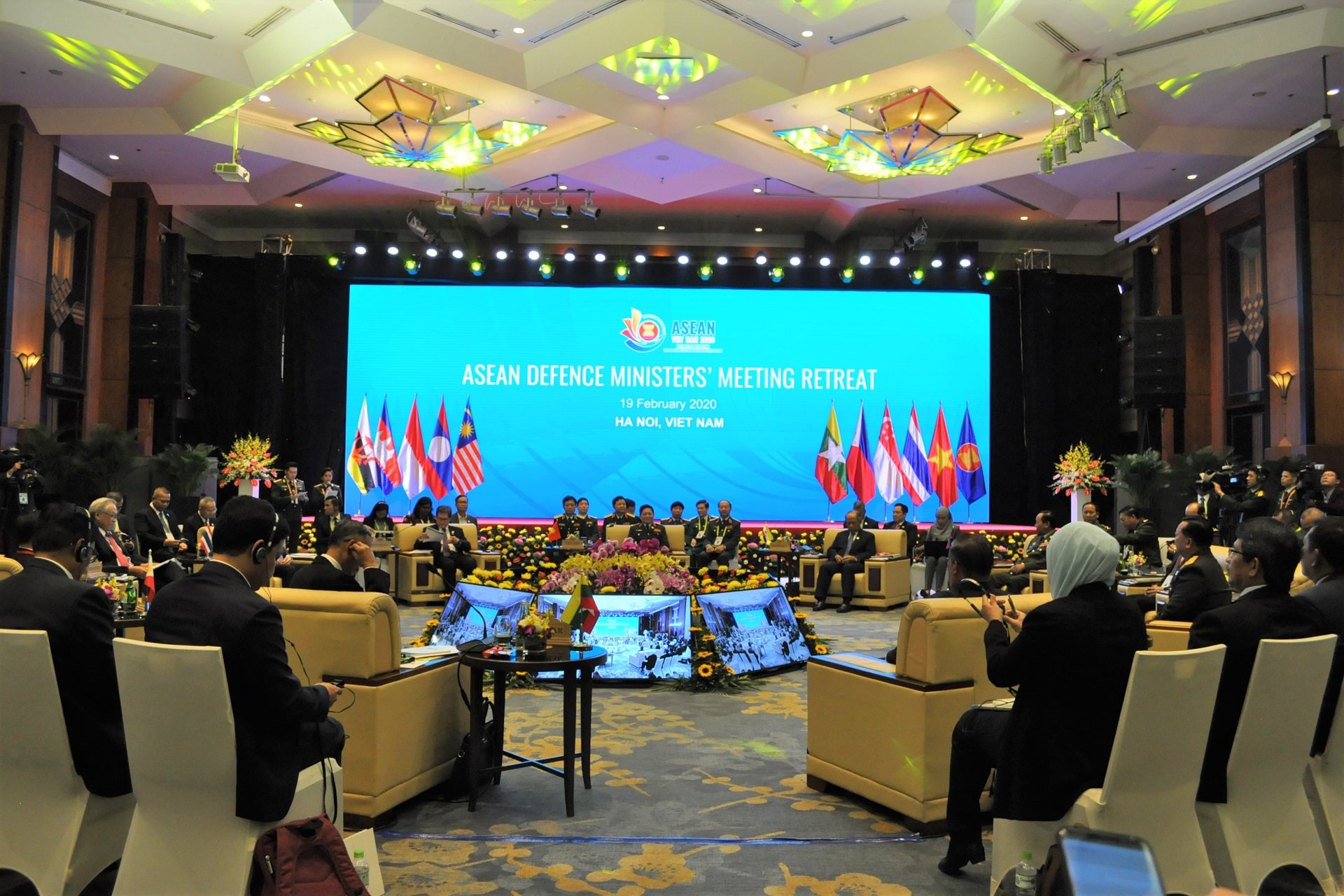 Dr Ng (left) and the other ASEAN Defence representatives at the ADMM Retreat at Hanoi, Vietnam. 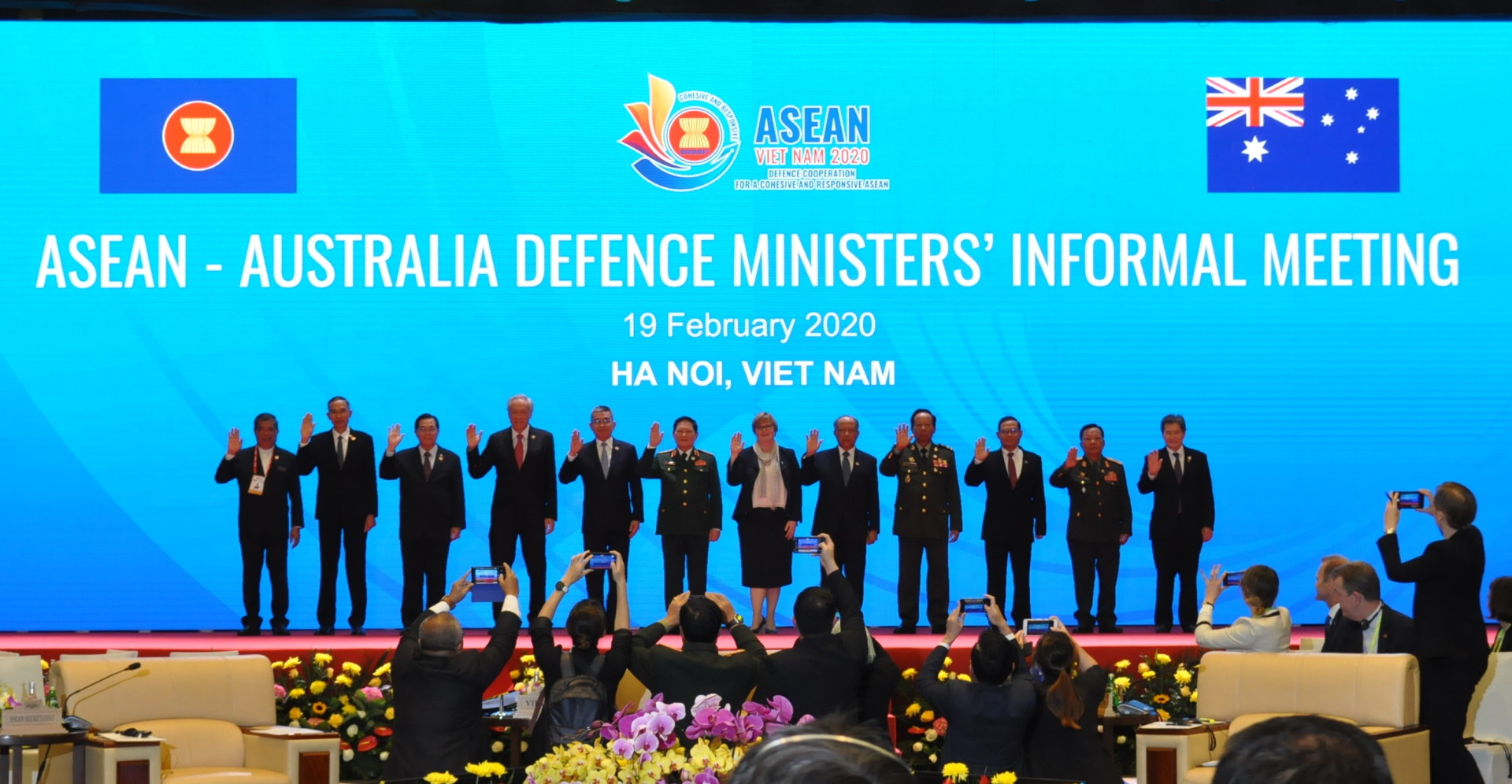 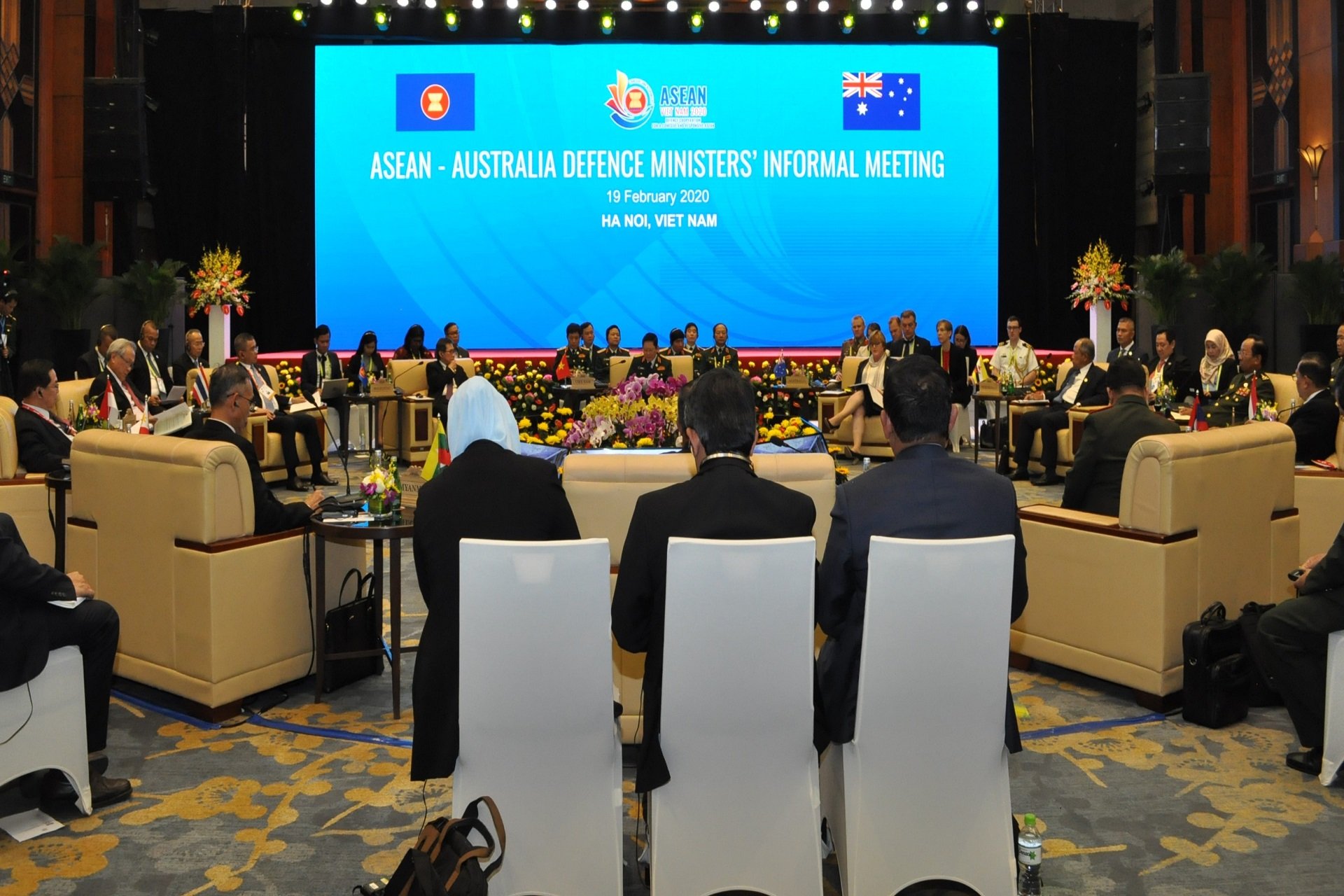 During the ADMM Retreat, the ASEAN Defence Ministers expressed support for Vietnam's ADMM and ADMM-Plus Chairmanship. They also discussed the ADMM's progress since its establishment and exchanged views on the regional and global security environment. The Defence Ministers discussed the impact of the Coronavirus Disease 2019 (COVID-19) on the region and emphasised the need for ASEAN Member States to work closely together. Dr Ng and the other ASEAN Defence Ministers also adopted a Joint Statement on Defence Cooperation Against Disease Outbreaks, which Singapore co-sponsored with Vietnam. This Joint Statement reaffirms the ADMM's commitment to promote defence cooperation, including military medicine cooperation, in light of the current outbreak of COVID-19. The Joint Statement also calls on defence establishments to do their part for public health and social cohesion by supporting the efforts of national health authorities, including leveraging the ASEAN network of Chemical, Biological and Radiological defence experts.

Speaking about the continued relevance of the ADMM and ADMM-Plus, Dr Ng said, "The ASEAN Defence Ministers' Meeting and the Plus architecture has become entrenched in our part of the world. That is a significant achievement because ASEAN, by accomplishing this, has shown that it is relevant and credible." Dr Ng also spoke about the ASEAN Defence Ministers' views regarding COVID-19. He said, "It was important that we expressed that all defence establishments are committed to remain together as one ASEAN, that we would not be divided, that we understood that when individual countries take actions it is to protect their own people, it is not to retaliate. More importantly, we have to collaborate to deal with this viral outbreak." On the way ahead for ADMM, Dr Ng emphasised, "There was consensus that we need to be relevant, cohesive and responsive… We need to be effective in our responses and there were a number of security challenges mentioned specifically, that of piracy, terrorism and maritime security… There was affirmation that we would step up our efforts to deal with these challenges together."

The ADMM and ADMM-Plus are key platforms in the regional security architecture to facilitate open and constructive dialogue on regional security issues. Both platforms have successfully built regional confidence and practical cooperation in domains such as maritime security and humanitarian assistance and disaster relief.