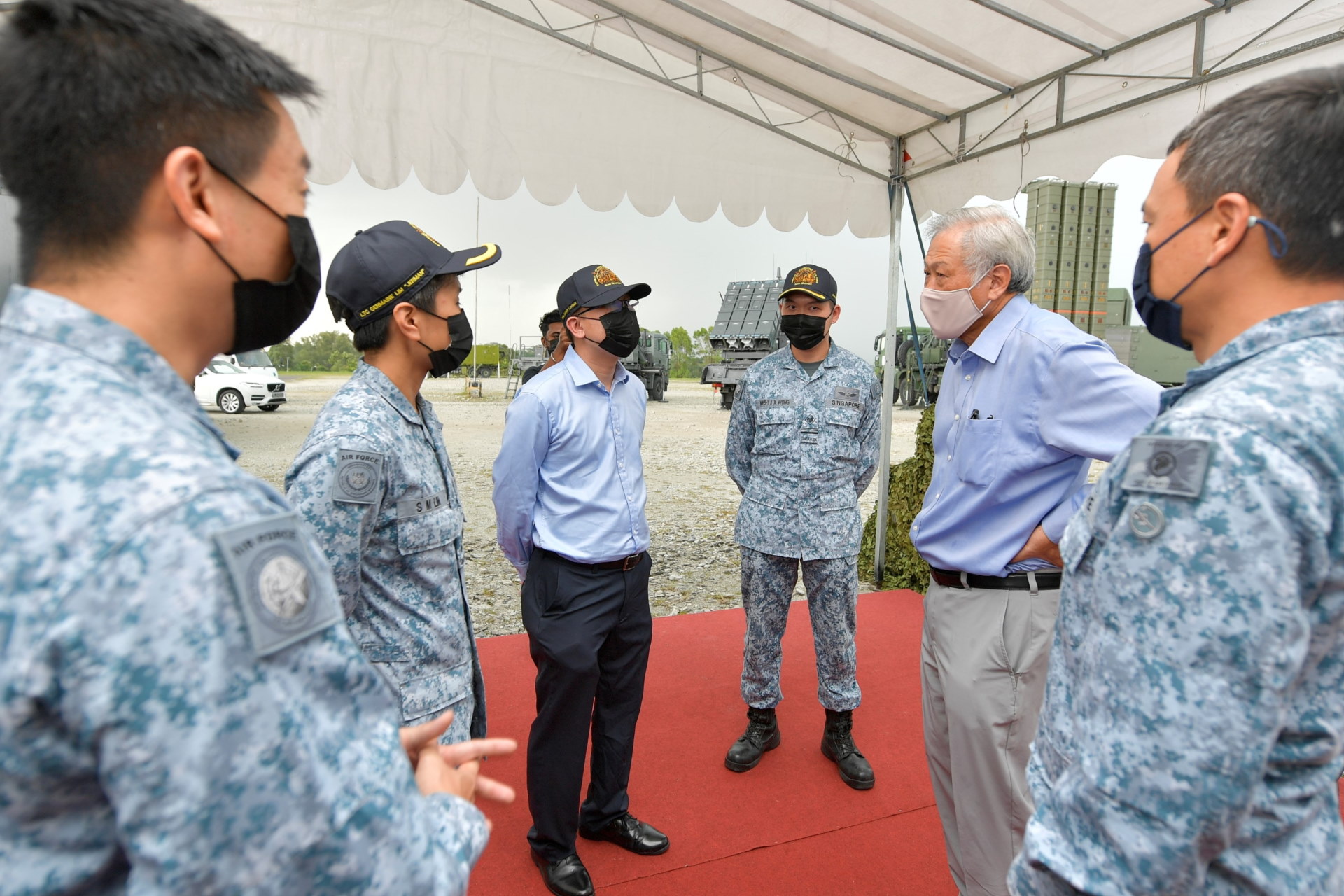 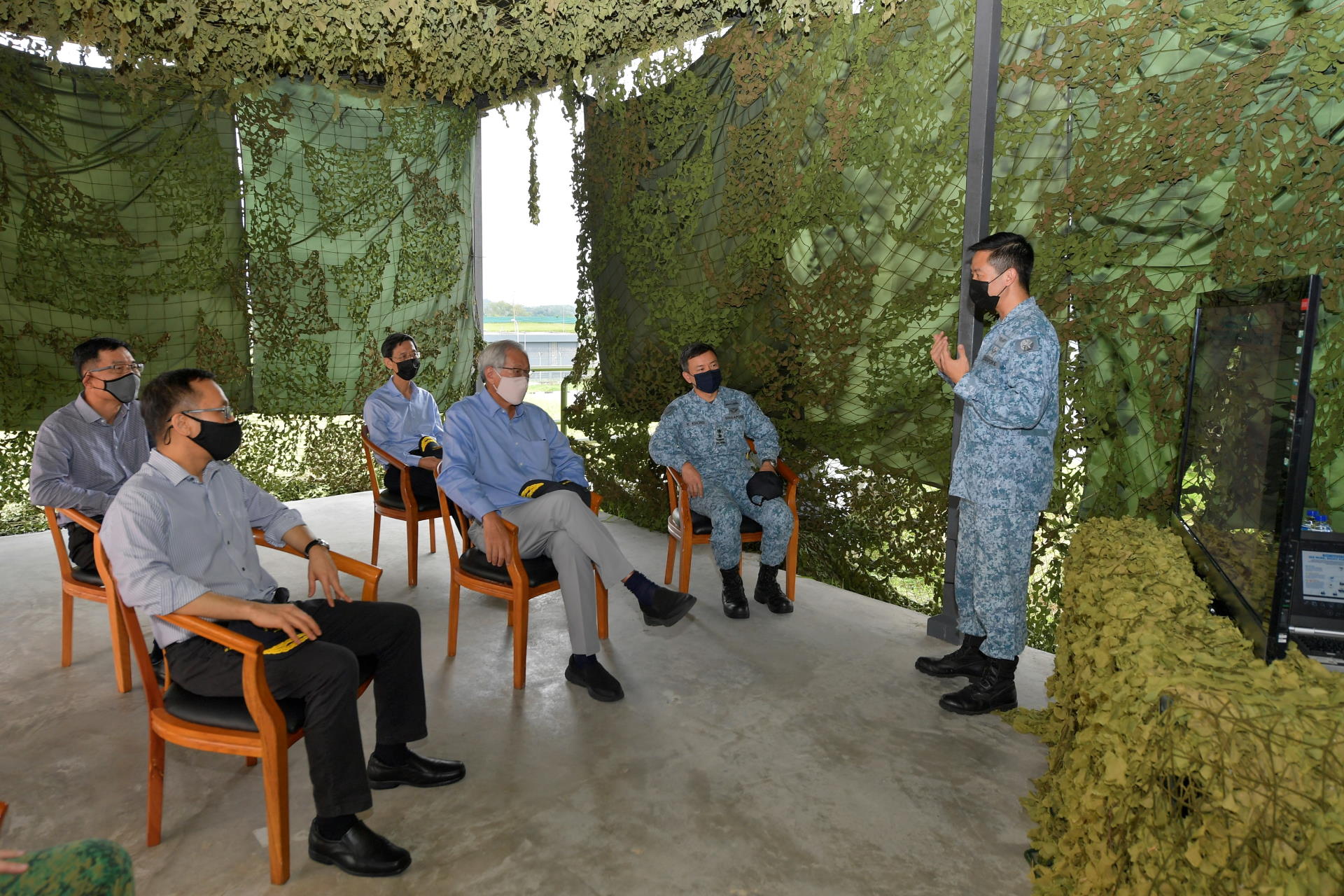 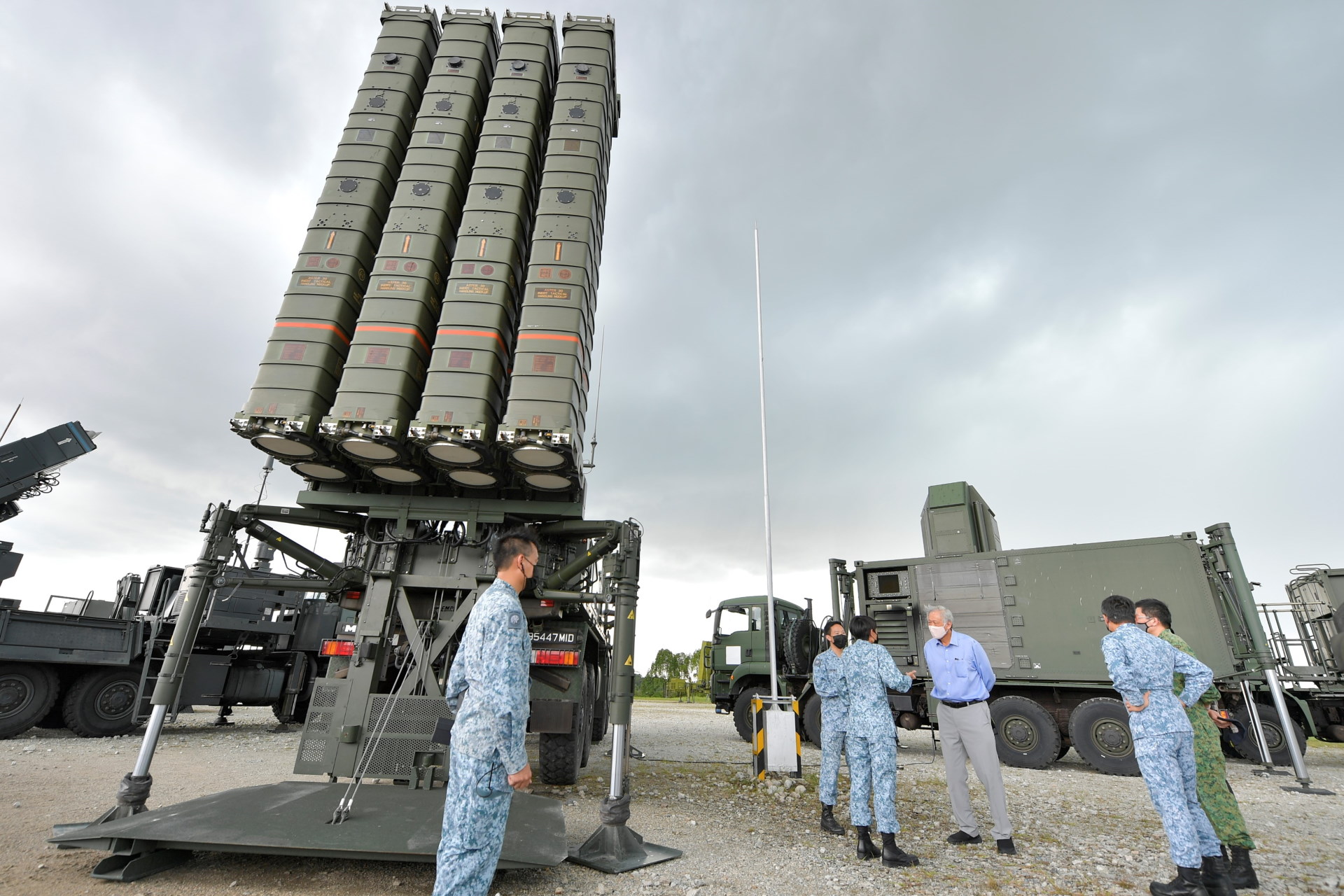 Dr Ng (third from right) receiving a brief on the Aster 30 deployment drill.

Minister for Defence Dr Ng Eng Hen witnessed a demonstration of the Republic of Singapore Air Force (RSAF)'s Island Air Defence (IAD) System capabilities at Lim Chu Kang Camp II this afternoon. During the visit, Dr Ng received a brief on the capabilities of the RSAF's IAD system, interacted with and thanked service personnel from the RSAF and Defence Science and Technology Agency (DSTA) for their dedication and commitment to Singapore's defence.

As part of the continuous journey to maintain Singapore's edge and operational capabilities in air defence, the RSAF has worked closely with DSTA to integrate and enhance the IAD system to ensure that the RSAF is able to deal with new and emerging threats effectively. Today, with the integration of key components such as the Multi-Mission Radar (MMR), System for Hybrid Interceptor Knowledge of Recognised Air (SHIKRA) Radar, Smart Combat Management System (CMS) and the Aster 30 Missile System into the RSAF's IAD system, it is able to see more, shoot further and is smarter. Part of the capabilities of the Next-Generation Singapore Armed Forces (SAF), the IAD system is able to effectively neutralise a wider spectrum of air threats to protect Singapore's skies day and night.

Speaking after the visit, Dr Ng expressed confidence in the capabilities of the RSAF's IAD system to safeguard the safety and security of Singapore against aerial threats. He said, "I think Singaporeans can take comfort that we have this system up. It required continuous effort, integration over 15 years, and even as we have finished this phase, we will look towards the next phase of the Island Air Defence System…I feel confident that we have designed it well, both from the RSAF perspective as well as DSTA and DSO…these systems will serve us for the next few decades, and it is a culmination of efforts - just steady improvements, tightening up each piece and looking for gaps to fill."