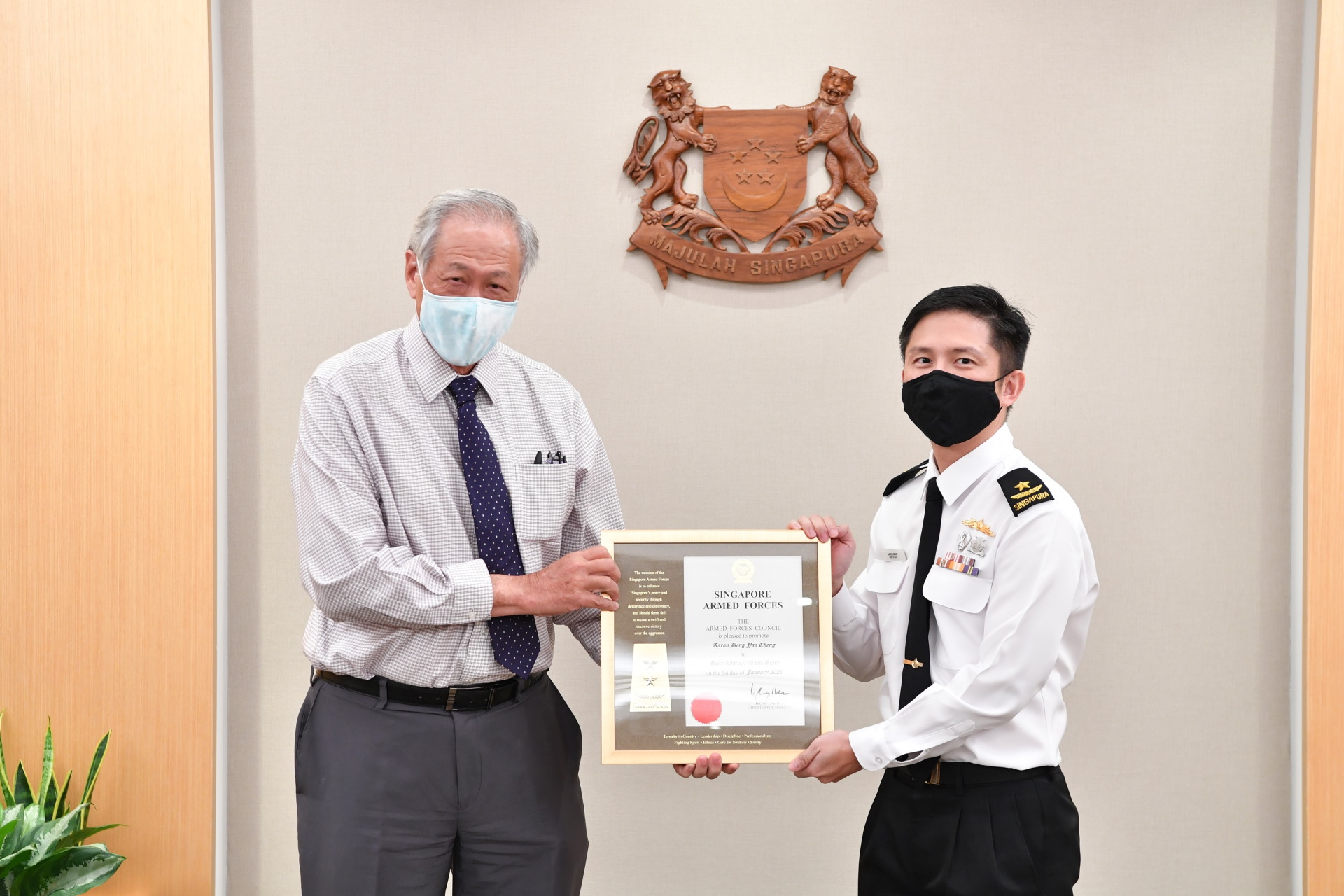 Chief of Navy, Rear-Admiral (RADM) (1 Star) Aaron Beng will be promoted to RADM (2 Stars) on 1 January 2021. RADM Beng received his promotion certificate from Minister for Defence Dr Ng Eng Hen in a simple ceremony at the Ministry of Defence today.

The Singapore Armed Forces (SAF)'s Service Chiefs have received Major-General or RADM (2 Stars) ranks soon after their appointments, in recognition of the responsibilities of the office. RADM Beng was appointed nine months ago as Chief of Navy.