Participants of Ex RIMPAC 2020 sailing in formation. RSS Supreme is on the second column from the left, second ship from the front. Photo courtesy: United States Navy. 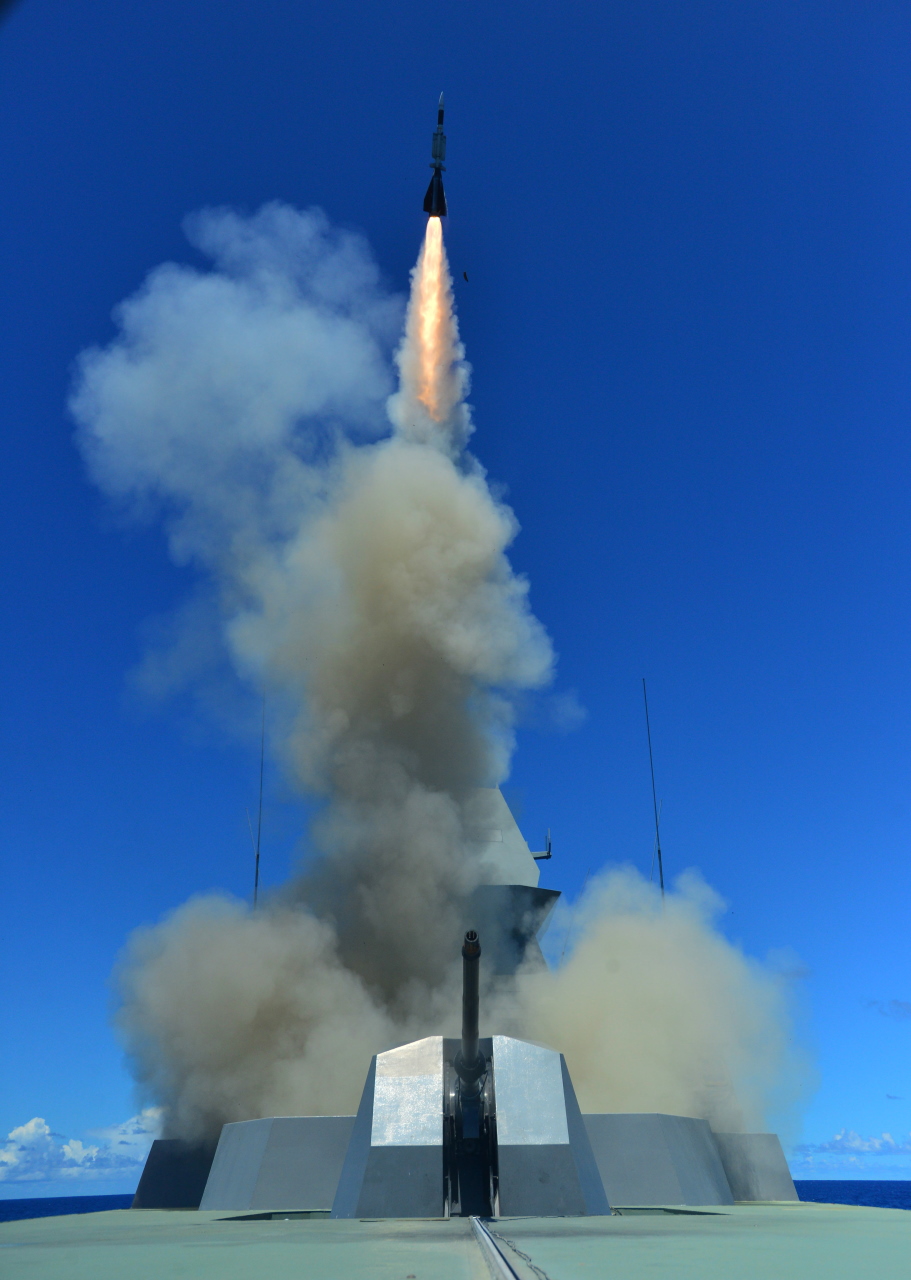 Successful firing of an Aster surface-to-air missile by RSS Supreme during the Rim of the Pacific Exercise 2020.

The Republic of Singapore Navy (RSN)'s Formidable-class frigate RSS Supreme is participating in the multinational naval exercise, the Rim of the Pacific (RIMPAC). Held in the waters off Hawaii from 17 to 31 August 2020 (local time), Ex RIMPAC 2020 involves 22 ships, one submarine, multiple aircraft and approximately 5,300 personnel from 10 nations.

Hosted by the United States Navy, this is the seventh time the RSN has participated in the biennial exercise since 2008. This year, the RSN is taking on the role of Sea Combat Commander and will be in charge of directing the actions of eight other ships within its task force[1] for all anti-surface and anti-submarine exercise serials. The ships conducted anti-surface, anti-submarine and anti-air exercises, manoeuvring drills and underway replenishment. During the exercise, RSS Supreme also successfully fired a live Aster surface-to-air missile at a high-speed, sea-skimming target. The exercise was planned virtually, without any physical contact among navies.

Ex RIMPAC 2020's Sea Combat Commander (Task Force 2) and Commander Task Group (TG2.1) Senior Lieutenant-Colonel (SLTC) Choo Jui Yeang highlighted the value of the RSN's participation in multinational exercises like Ex RIMPAC. He said, "Ex RIMPAC provides the RSN with a unique opportunity to train and learn with established navies from around the world. While this year's exercise is smaller in scale because of COVID-19, we are glad to be here at Ex RIMPAC undertaking command roles as this allows the RSN to sharpen our capabilities. Most importantly, the exercise gives us the opportunity to build closer cooperation and fosters deeper friendship with the multinational navies involved."

All crew of RSS Supreme were isolated and tested negative for COVID-19 prior to the deployment and will undergo swab tests upon their return.

[1] In Ex RIMPAC 2020, the 22 ships are organised into two task forces. Within each task force, there are two or three task groups depending on its size. The RSN is part of TF2 and TG2.1.