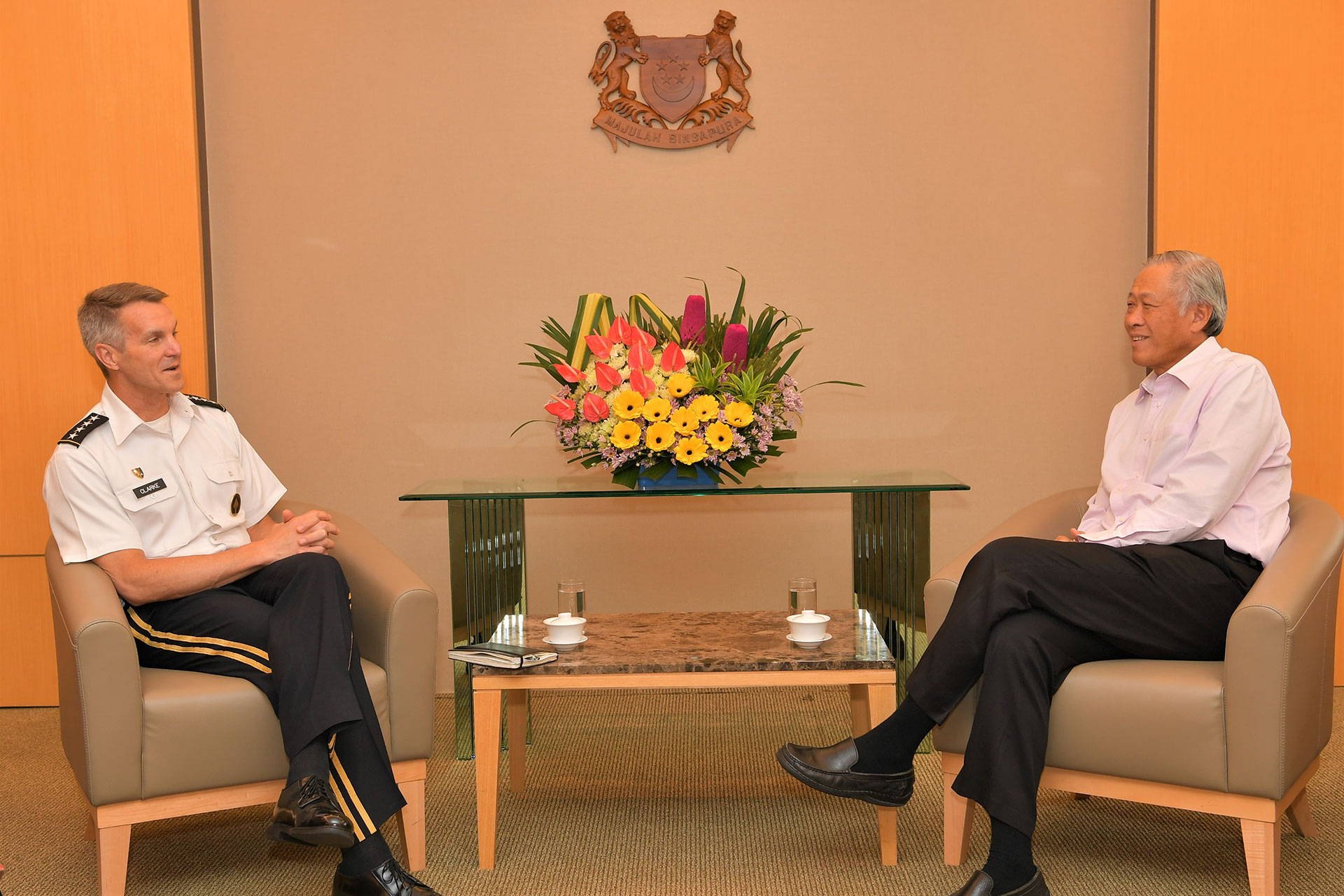 Commander of the US Special Operations Command General (GEN) Richard Clarke called on Minister for Defence Dr Ng Eng Hen at the Ministry of Defence this morning. During their meeting, Dr Ng and GEN Clarke reaffirmed the excellent and long-standing defence relationship between Singapore and the US, and both countries' commitment to enhancing regional cooperation to address pressing security challenges, such as the threat of terrorism in Southeast Asia.

GEN Clarke is in Singapore for a working visit from 3 to 5 June 2019. As part of his programme, GEN Clarke also called on Chief of Defence Force Lieutenant-General Melvyn Ong.

Gen Clarke's visit underscores the strong defence ties between the Special Forces of the Singapore Armed Forces and the US Armed Forces. The two militaries interact regularly and extensively through numerous joint exercises, professional exchanges and courses. Such interactions have enhanced the professionalism and forged strong camaraderie among the personnel of both armed forces.