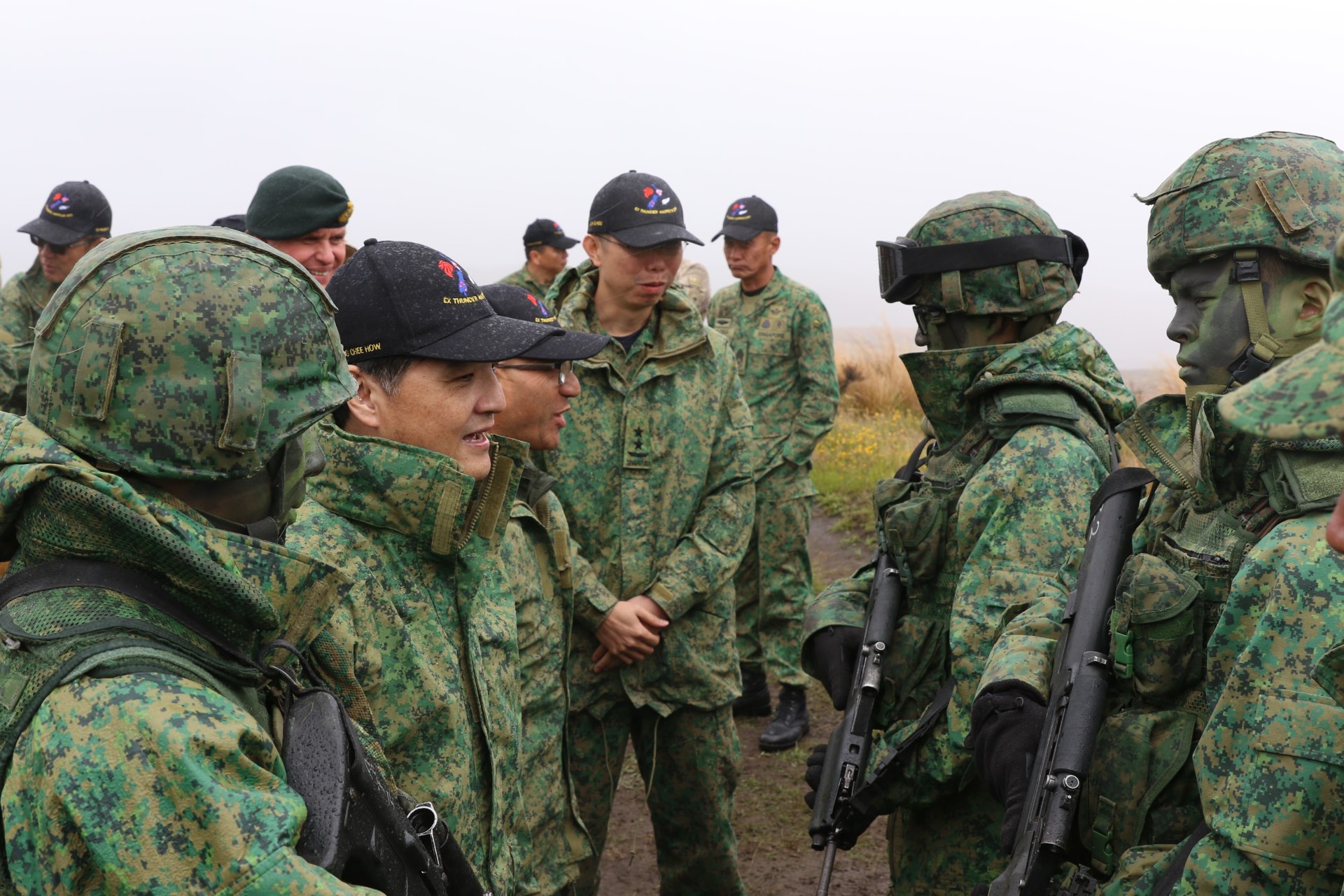 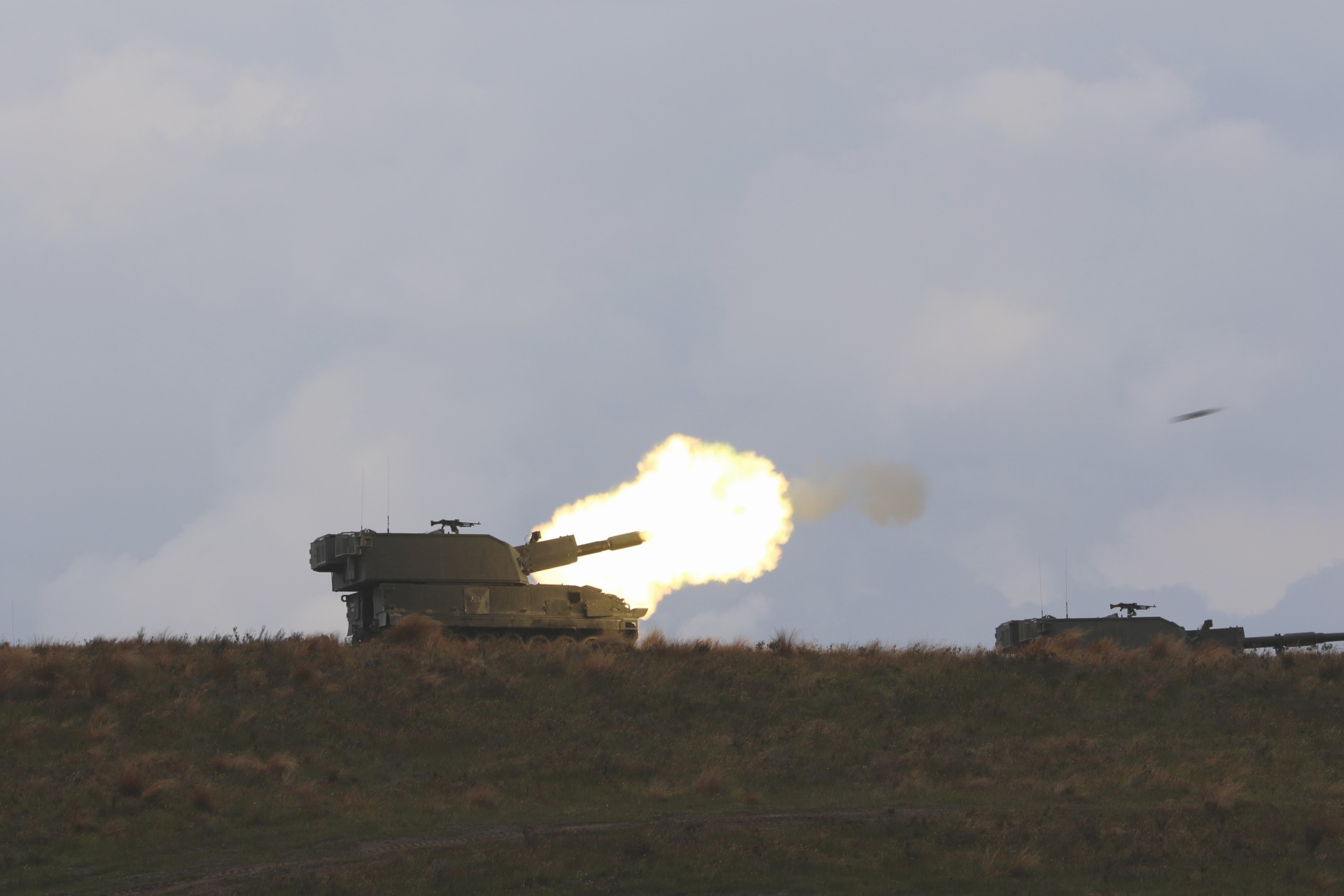 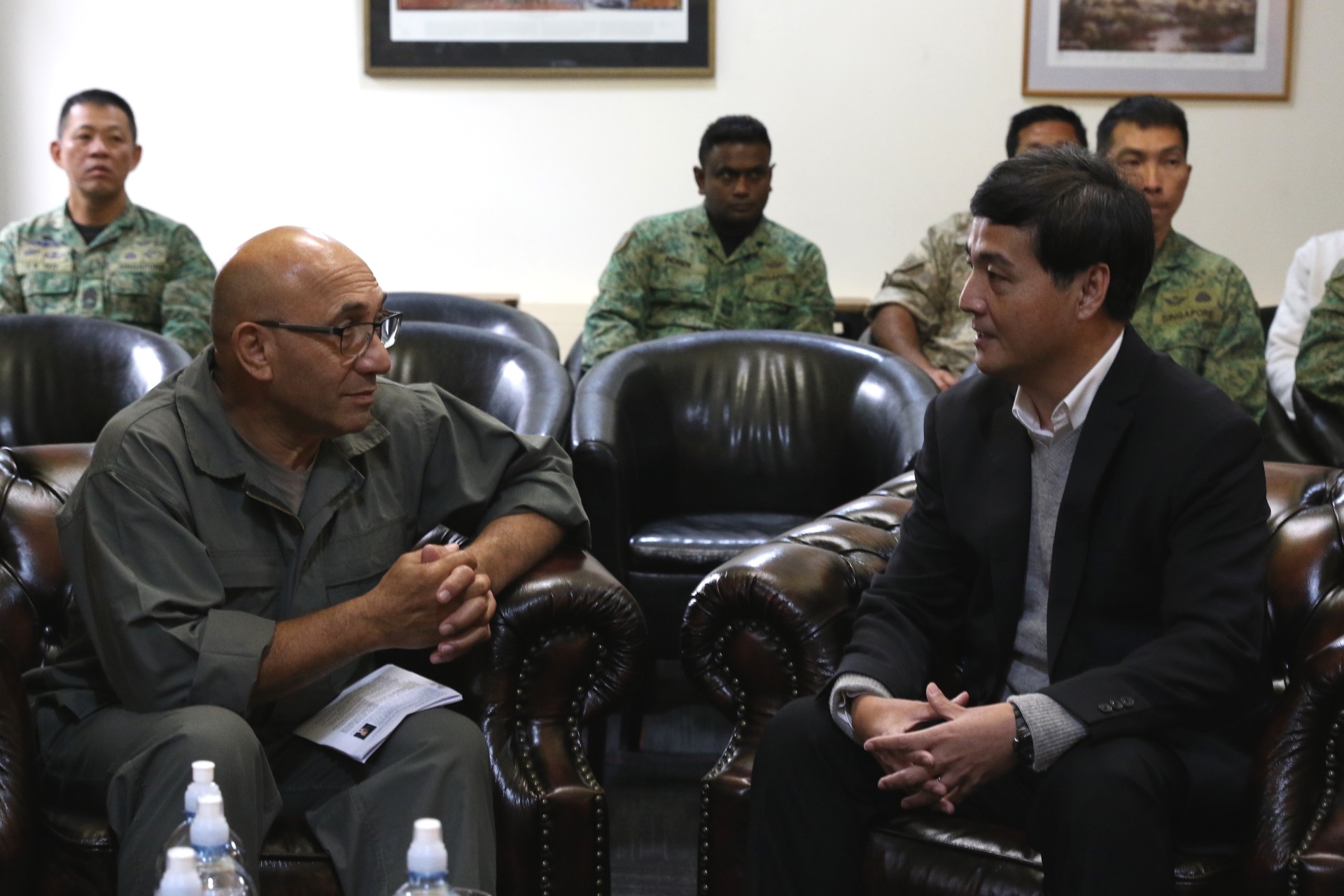 Senior Minister of State for Defence Mr Heng Chee How and New Zealand Minister of Defence Mr Ron Mark visited Exercise Thunder Warrior, an artillery live firing exercise, at the Waiouru Training Area in New Zealand this morning. This year's exercise is conducted from 5 January to 2 February 2019, and involves more than 500 personnel from the 268th and 24th Battalions, Singapore Artillery.

During the visit, Mr Heng and Mr Mark observed an integrated battalion live firing exercise involving the Singapore Self-Propelled Howitzer, Weapon Locating Radar and the Field Artillery Meteorological System. After witnessing the live firing, Mr Heng said that training in New Zealand provides valuable opportunities for the Singapore Armed Forces (SAF) to hone its capabilities. "Exercise Thunder Warrior is a reflection of the strong partnership between the New Zealand Defence Force and the SAF. Training here provides a challenging operational environment to strengthen the operational readiness of our soldiers. The successful conduct of the exercise is a demonstration of the competence and commitment of our SAF personnel. We are also appreciative of New Zealand's support for the SAF's training in Waiouru", he said.

Prior to the exercise visit, Mr Heng also called on Mr Mark. They reaffirmed the close and long-standing bilateral relationship between both countries, and discussed ways to strengthen bilateral defence cooperation on issues such as counter-terrorism.

Conducted since 1997, the exercise underscores the close and long-standing defence relationship between Singapore and New Zealand. Both armed forces also interact extensively through a wide range of bilateral and multilateral exercises, professional exchanges, visits and courses, including under the ambit of the Five Power Defence Arrangements and the ASEAN Defence Ministers' Meeting-Plus. These interactions have fostered mutual understanding between personnel from the two armed forces.