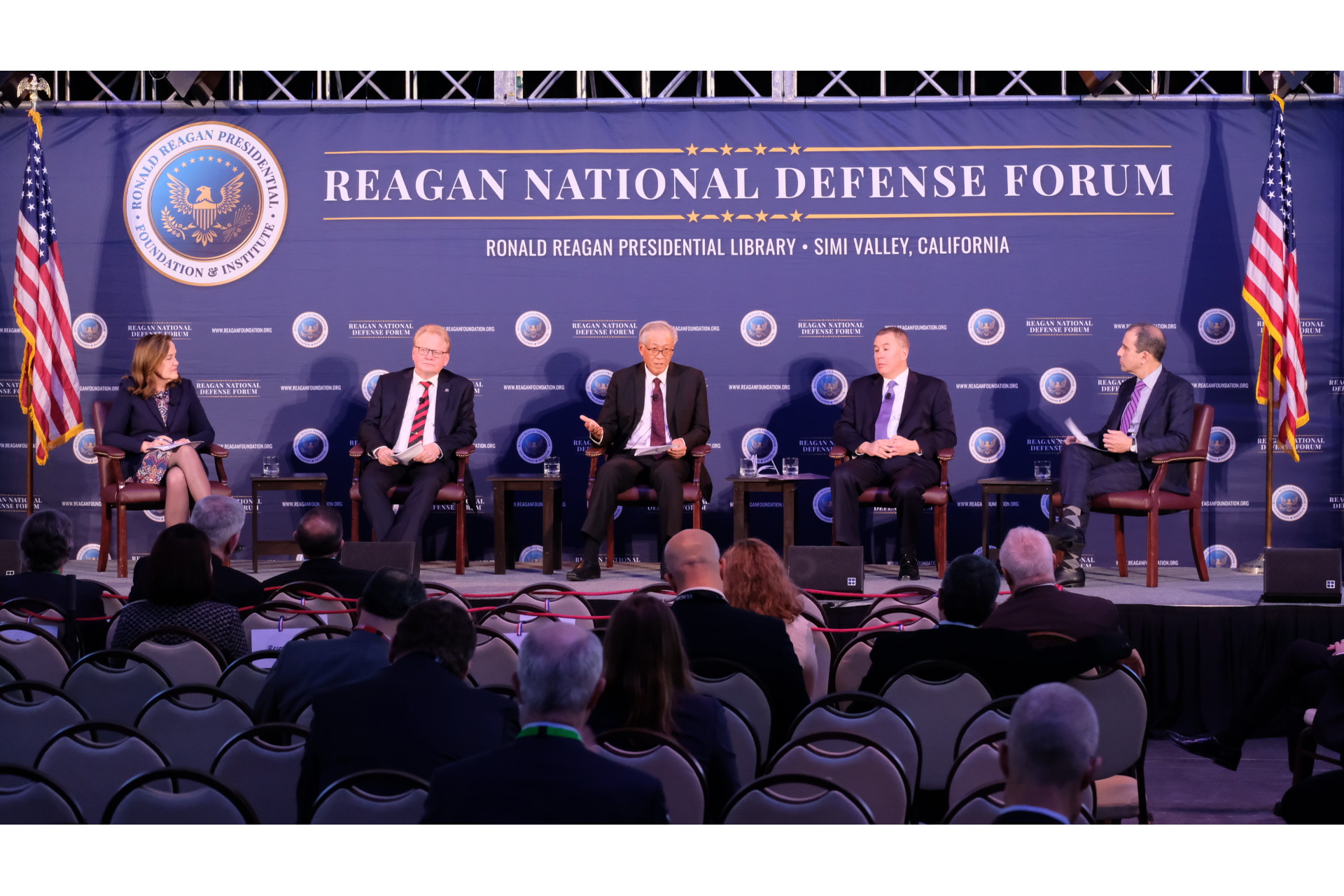 Dr Ng (left) meeting former US Secretary of Defense James Mattis on the sidelines of the 7th RNDF. Minister for Defence Dr Ng Eng Hen is in the United States (US) from 6 to 8 December 2019 (SG time) to attend the 7th Reagan National Defense Forum (RNDF). Held in Simi Valley, California, the RNDF brings together distinguished leaders and key players in the defence community to address national security issues. This year's conference is attended by US and foreign defence and security officials, including US Secretary of Defense Mark Esper, US National Security Advisor Robert O' Brien, and former US Secretary of Defense James Mattis, as well as members of the US Congress.

In his remarks, Dr Ng reaffirmed the excellent bilateral defence partnership between Singapore and the US, and the importance of the US' continued engagement of the region. He cited the recent renewal of the 1990 Memorandum of Understanding Regarding US Use of Facilities in Singapore by Prime Minister Lee Hsien Loong and US President Donald Trump on 23 September 2019, discussing the underpinnings of the US' longstanding relationship with Singapore. He remarkedthat the deep bilateral defence ties had been founded on "an openness to ideas and people". There was also "a quest for a global system that frees, unites, includes, and enriches, rather than divides and impoverishes", and he encouraged the US to continue a shared partnership to deal with transnational challenges such as disruptive changes to international finance and trading systems, security arrangements, as well as to counter terrorism and address climate change together.