The Singapore Army's Strike Observer Mission Team together with the US Army's Fire Support Team observing their targets in support of the infantry assault during the live firing exercise at Exercise Tiger Balm 2018. 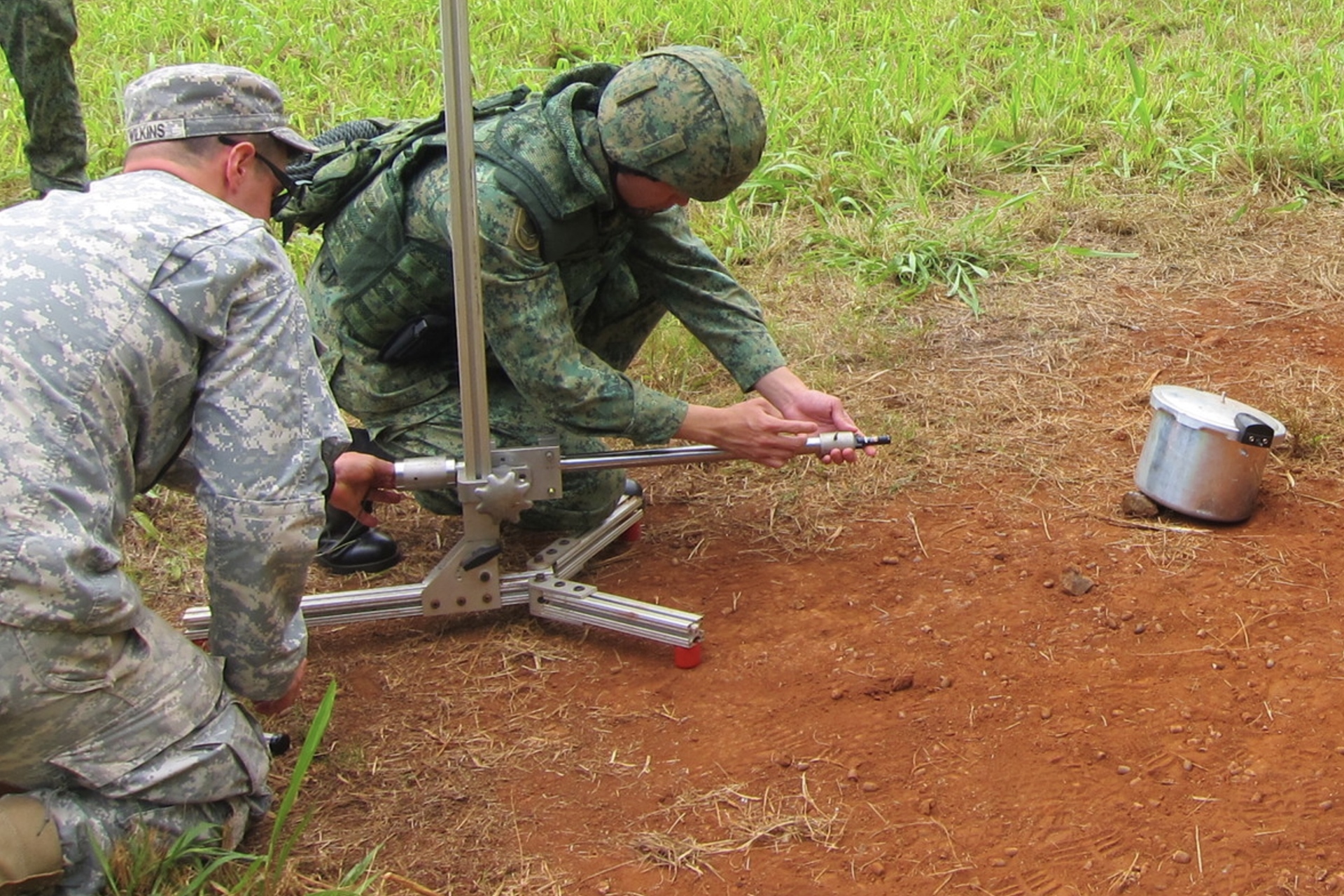 This year's Exercise Tiger Balm included live firing exercises where both armies jointly executed joint strike operations. While the Singapore Army's Strike Observer Mission Team (STORM) has participated in Exercise Tiger Balm in 2016, this year marked the first time that the STORM was involved in providing terminal control to cue the US Army Apache Attack Helicopters during the live firing exercise. This is also the first time that both armies shared their expertise on Counter-Improvised Explosive Device (C-IED) operations during the exercise, including the detection and neutralisation of IEDs. The conduct of these joint training exercises in Hawaii provided both armies the opportunity to train together in a realistic environment and to enhance the interoperability between both armies.

Inaugurated in 1981, Exercise Tiger Balm is the longest-running bilateral exercise between the Singapore Army and the US Army. This annual bilateral Brigade-level exercise allows both armies to collaborate and share tactics, techniques and procedures, and is a testament to the excellent and long-standing defence ties between both armed forces.

Apart from Exercise Tiger Balm, both armies also interact extensively through professional exchange programmes, cross-attendance of professional courses, as well as bilateral and multilateral exercises. These regular interactions have fostered and enhanced the professionalism, friendships and mutual understanding among their personnel.