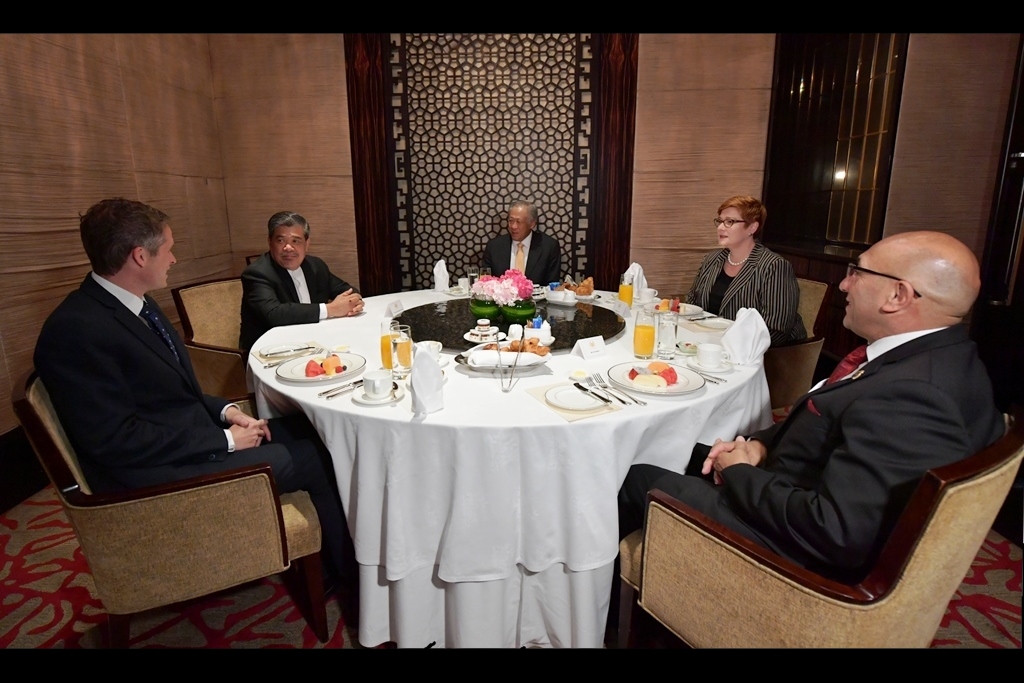 Minister for Defence Dr Ng Eng Hen (centre) hosting a breakfast for the Ministers of the Five Power Defence Arrangements on the sidelines of the 17th Shangri-La Dialogue.

During the meeting, the Ministers reaffirmed their nations' commitment to the Five Power Defence Arrangements (FPDA) and its importance as a constructive, transparent, and peaceful arrangement in the region. The Ministers also took stock of the ongoing work to ensure that the FPDA remains an integral part of the regional security architecture in the lead-up to the FPDA's 50th anniversary in 2021. There was consensus that the FPDA should be updated to be relevant to the spectrum of security challenges today, including Humanitarian Assistance and Disaster Relief and other non-traditional transboundary threats.

Commending the recently concluded Bersama Shield exercise, the Ministers noted that significant progress has been made in enhancing the interoperability among member-nations' militaries through such FPDA exercises, and expressed support for efforts to continually enhance the professional value of FPDA exercises. The Ministers agreed to maintain the observers programme, where regional countries are invited to observe FPDA exercises. They also commended ongoing efforts to build capacity in counter-terrorism, as a follow-up to the Ministers' discussion at the 10th FPDA Defence Ministers' Meeting in June 2017 for the FPDA to continually evolve to meet changing security needs.