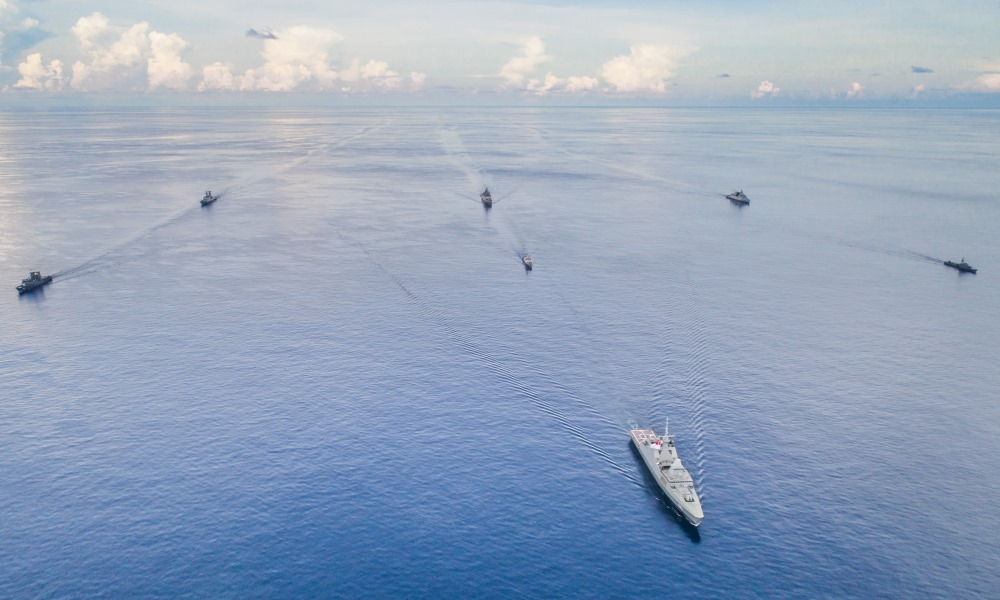 The Republic of Singapore Navy (RSN)'s Formidable-class frigates, RSS Formidable, RSS Stalwart and RSS Supreme, led flotillas of warships in three separate multinational group sails into Singapore from 9 to 13 May 2017.

In the Malacca Strait, RSS Formidable met up with ships from India, Indonesia, Myanmar and Sri Lanka. Over in the South China Sea, RSS Stalwart rendezvoused with ships from Canada, France, Japan, Republic of Korea, Philippines, Thailand, the United States of America and Vietnam, while their sister ship RSS Supreme was joined by ships from Australia, Bangladesh, Brunei, People's Republic of China, Indonesia, New Zealand and Russia. The ships conducted manoeuvring exercises and communication drills during the multinational group sails.

The 6th Western Pacific Naval Symposium (WPNS) Multilateral Sea Exercise (WMSX) was held in conjunction with the multinational group sails, as part of the pre-activity for the Singapore International Maritime Review (IMR). During the WMSX, the navies practised the Code for Unplanned Encounters at Sea, following the use of the protocol in the WMSX in 2015.

These exercise serials enhanced interoperability and mutual understanding among the participating naval ships. Commenting on the navy-to-navy interactions, Commanding Officer of the 185 Squadron, Colonel Aaron Beng said, "Ahead of the Singapore IMR, we met up with the participating ships from numerous countries to conduct naval exercises in the South China Sea and Malacca Strait. The exercises were executed smoothly and professionally. This shows the level of operational cooperation between all the participating navies."