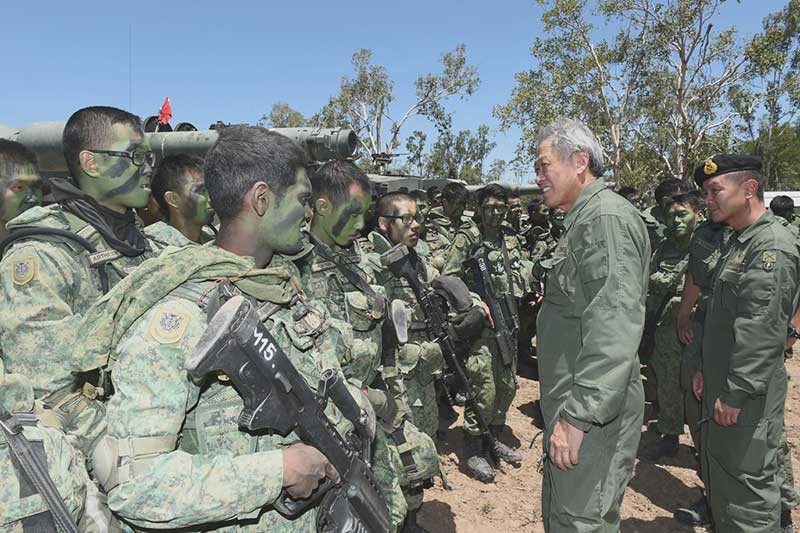 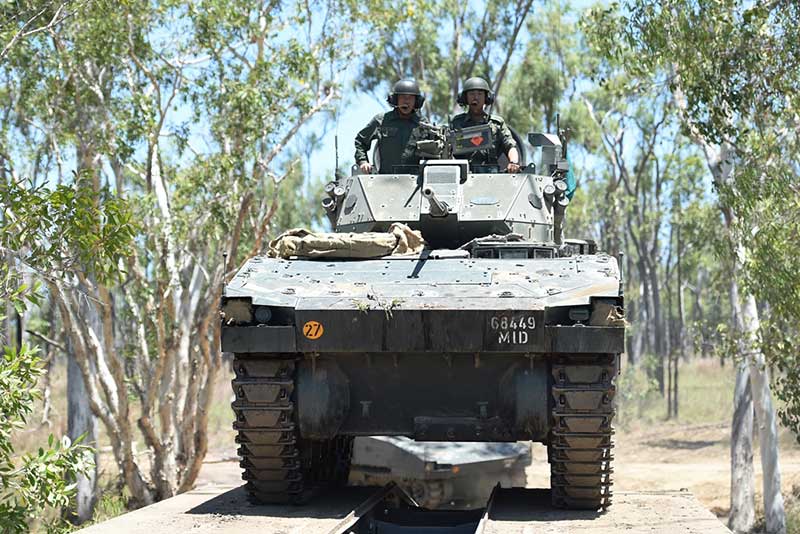 Dr Ng on a Bionix II as it crosses the Armoured Vehicle Launched Bridge laid by the combat engineers during his visit. 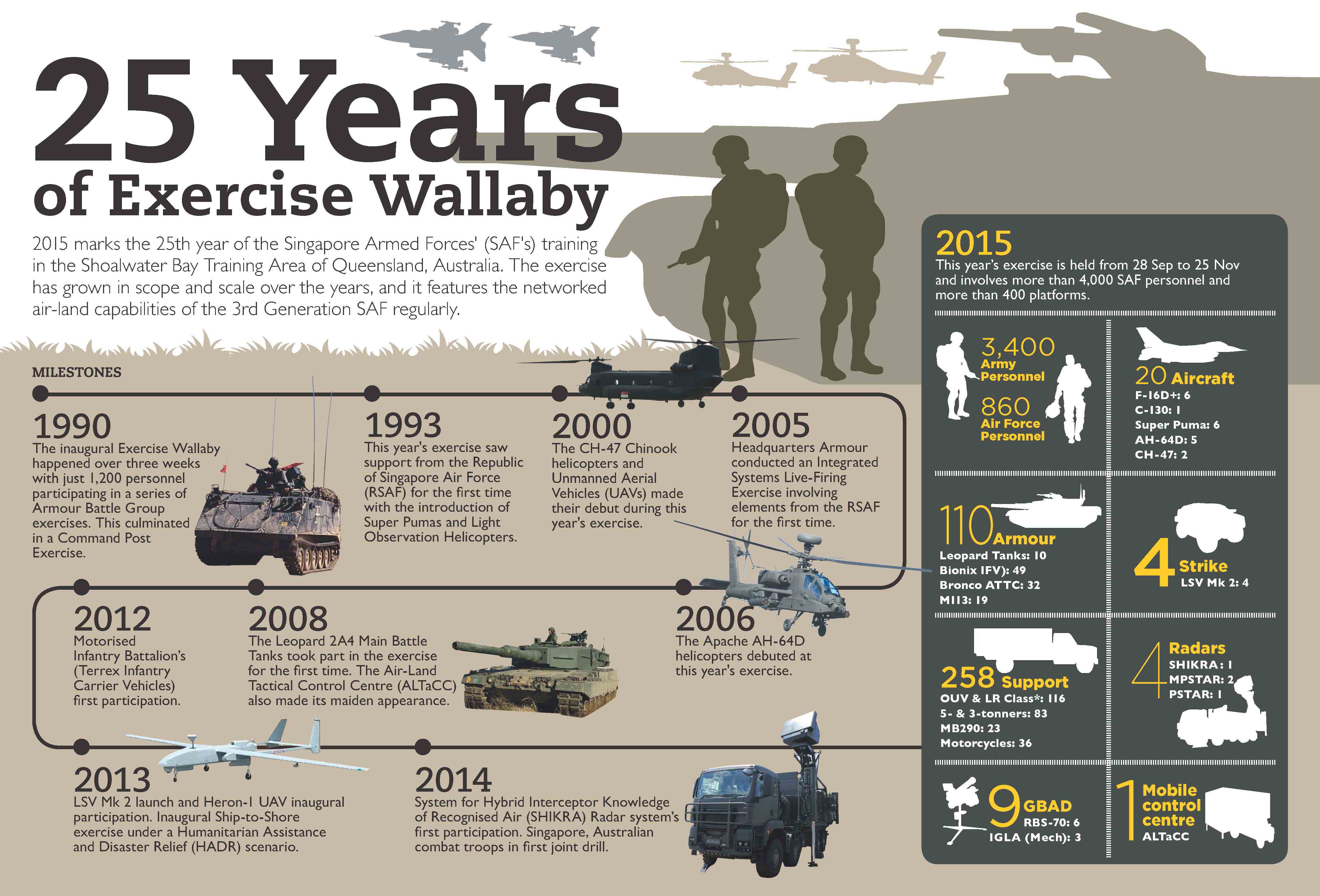 Minister for Defence Dr Ng Eng Hen visited the Singapore Armed Forces (SAF) troops participating in Exercise Wallaby 2015 today at the Shoalwater Bay Training Area (SWBTA) in Queensland, Australia. This year's exercise, which marks the milestone 25th year of the SAF’s training at the SWBTA, is conducted from 28 September to 25 November 2015. The exercise also involves more than 4000 personnel and over 400 SAF platforms.

During the visit, Dr Ng witnessed an Armoured Battle Group live firing as part of an air-land integrated strike. Speaking after viewing the integrated live-firing, Dr Ng shared the importance of overseas training in providing realistic and challenging training opportunities for the SAF to hone its operational readiness, and expressed appreciation towards Australia’s strong support for the SAF’s training at SWBTA over the past 25 years. He said, "We are very thankful to the Australian government and the Australian Defence Force for allowing us to train here in the Shoalwater Bay Training Area. Over these last 25 years, our exercises have become more complex. I am very happy to see the SAF making full use of these opportunities". Dr Ng also expressed hope that more SAF units would be able to train outside Singapore under tough and realistic conditions such as those at SWBTA.

The SAF and the Australian Defence Force share a long history of military cooperation, with extensive interactions that include bilateral and multilateral exercises, mutual visits, professional exchanges and the cross-attendance of personnel at professional courses. In addition to the SWBTA, the SAF also conducts training in other Australian training areas such as Pearce, Western Australia, Oakey, Queensland, and Tamworth, New South Wales.

Dr Ng met with Australia Minister for Defence Marise Payne yesterday in Sydney, and reaffirmed the commitment to strengthen our bilateral defence relationship under the Singapore-Australia Comprehensive Strategic Partnership, and to conclude new initiatives for military training and cooperation that will be mutually beneficial to both countries.