Over the weekend, our CH-47D Chinook Helicopter from Oakey Detachment made a successful landing on the Royal Australian Navy's (RAN) HMAS Adelaide. The deck landing, which involved precise manoeuvring and teamwork to overcome challenging sea conditions, took place in the lead-up to the commemoration of the 30th anniversary of the SAF's training in the Shoalwater Bay Training Area. It is also a reflection of the high levels of cooperation and interoperability between the two militaries.

Oakey, Australia is home to the RSAF's CH-47D helicopter detachment, as well as our RSAF personnel and their families. The large airspace at Oakey allows the RSAF to conduct challenging and realistic training. The detachment also conducts training with The Singapore Army and the Australian Defence Force during Exercise Wallaby and Ex Trident series at the Shoalwater Bay Training Area to sharpen the Singapore Armed Forces' air-land-sea integrated operations and interoperability with the ADF.

Check out some cool shots of the action below! 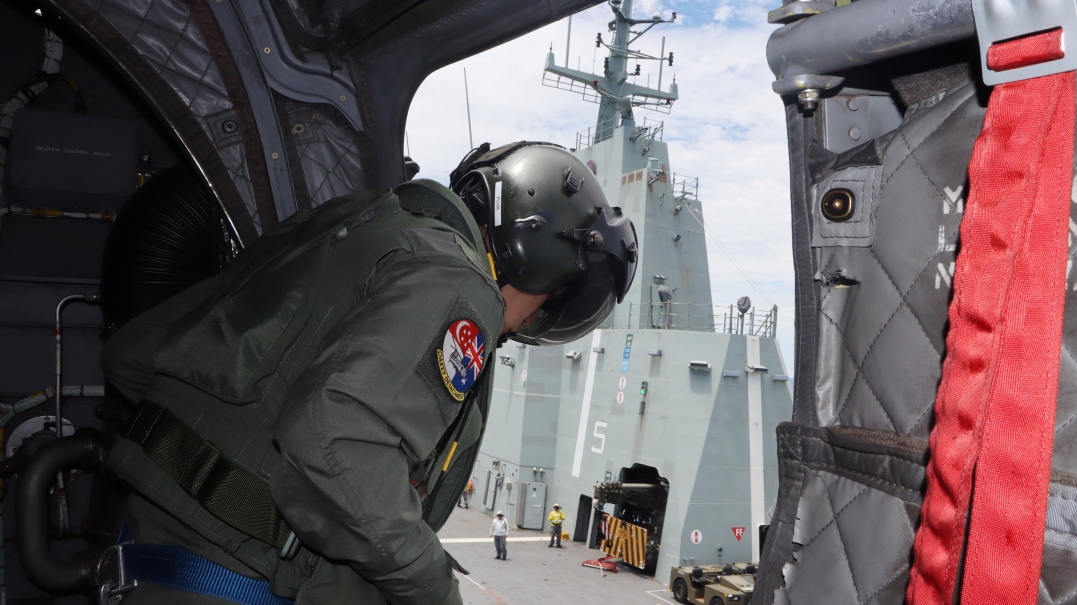 An Air Crew Specialist keeping a look out for blind spots during the landing.

"This is the first time an RSAF CH-47D conducts Deck Landing Training with the Royal Australian Navy. It means a lot to Oakey Detachment for the successful certification of our CH-47D to land on the HMAS Adelaide. It is another milestone that highlights the mutual trust and professionalism between our crews and reaffirms the interoperability between both Armed Forces." - LTC Jimmy Neo, Oakey Detachment Commander. View from the cockpit!

"Landing on a deck in a smaller confined area is never an easy feat. Out at sea, a ship may be in rough waters or even be in motion. It requires precise manoeuvres and teamwork to contend with challenging sea conditions. However, with our team of experienced crew and constant practice back home, it allowed us to successfully land on the HMAS Adelaide." - 1WO Sukhwinder Singh, Air Crew Specialist. Our Ch-47D Chinook Helicopter making its way to land on the HMAS Adelaide! Picture by Australian Defence Force Our CH-47D on the HMAS Adelaide. 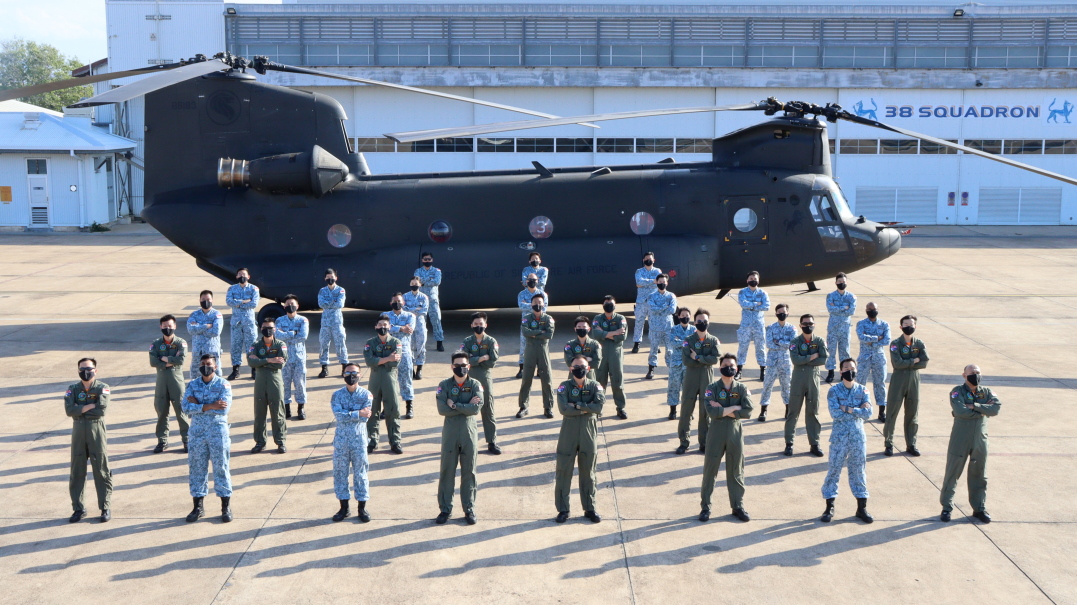 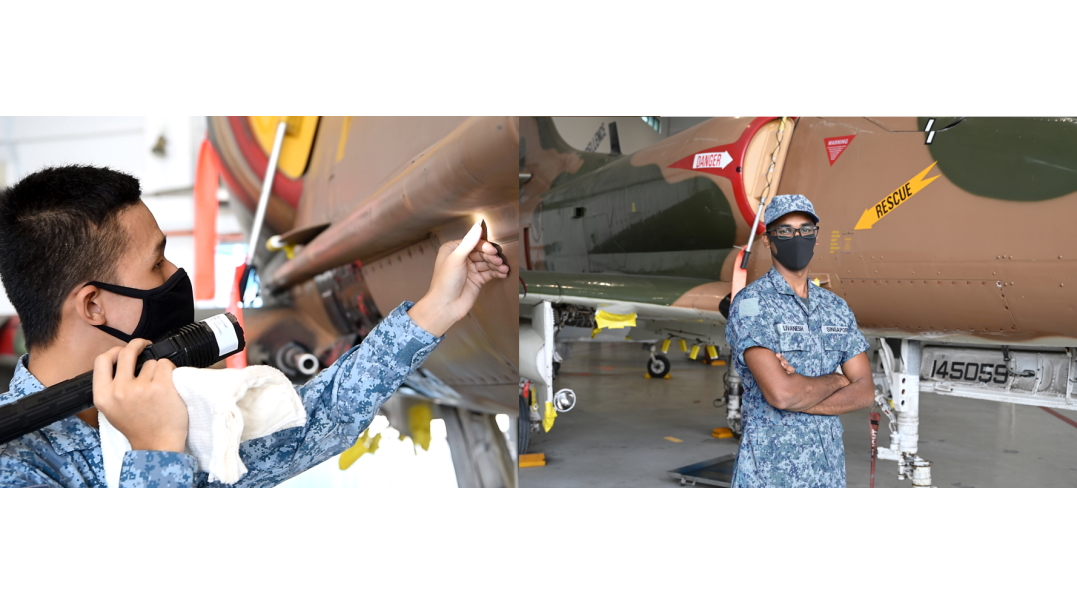