"I felt really honoured to be selected for this prestigious Command and Staff Course. Being the first RSAF UAV Pilot to attend this course added to this honour and it also spurred me to make the most out of the course so that I did not disappoint those who trusted me to represent the RSAF well," shared MAJ Jeffrey Ng who was the Distinguished Graduate for the recent US Air Command and Staff Course (ACSC).

The ACSC is a full-year course, comprising some 500 students from the US Air Force, US Marines, US Navy, US Army, and International Officers (IO) from 67 countries. MAJ Jeffrey and LTC Lee Meiyi represented the RSAF for the course held at the Maxwell Air Force Base in Alabama, USA. 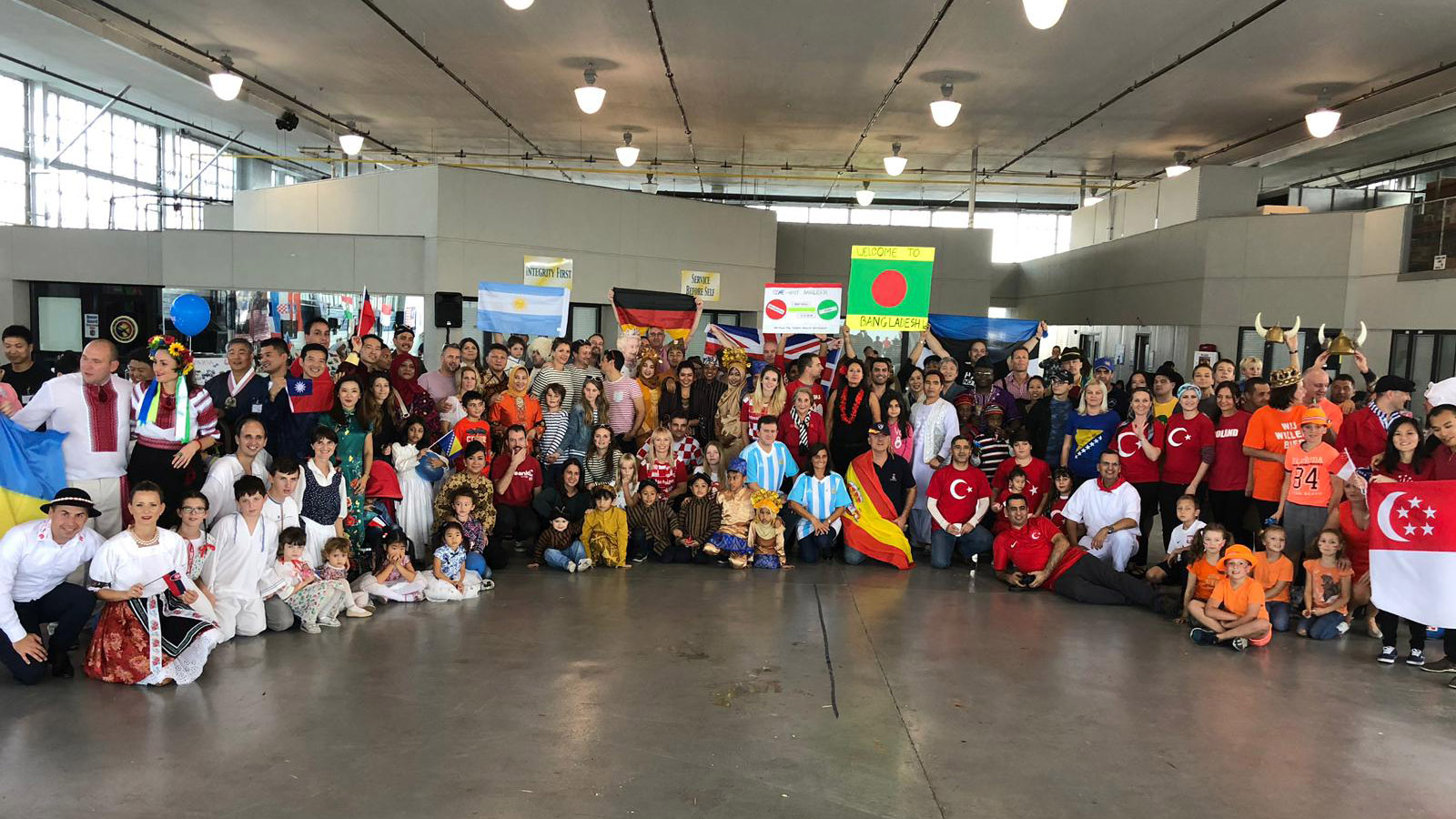 During the course, the officers developed their leadership skills, and studied modules on war fighting and international security. The course also provided a platform for officers to interact with their peers from different countries who brought about varied perspectives and experiences.

"There were so many countries represented and that really enriched the conversations because every regional security challenge gets dissected in many different angles. Furthermore, our American counterparts have accumulated much operational experiences since the start of the Global War on Terror and that sparked many thought-provoking leadership reflections during discussions," added MAJ Jeffrey on how he benefitted from the course. 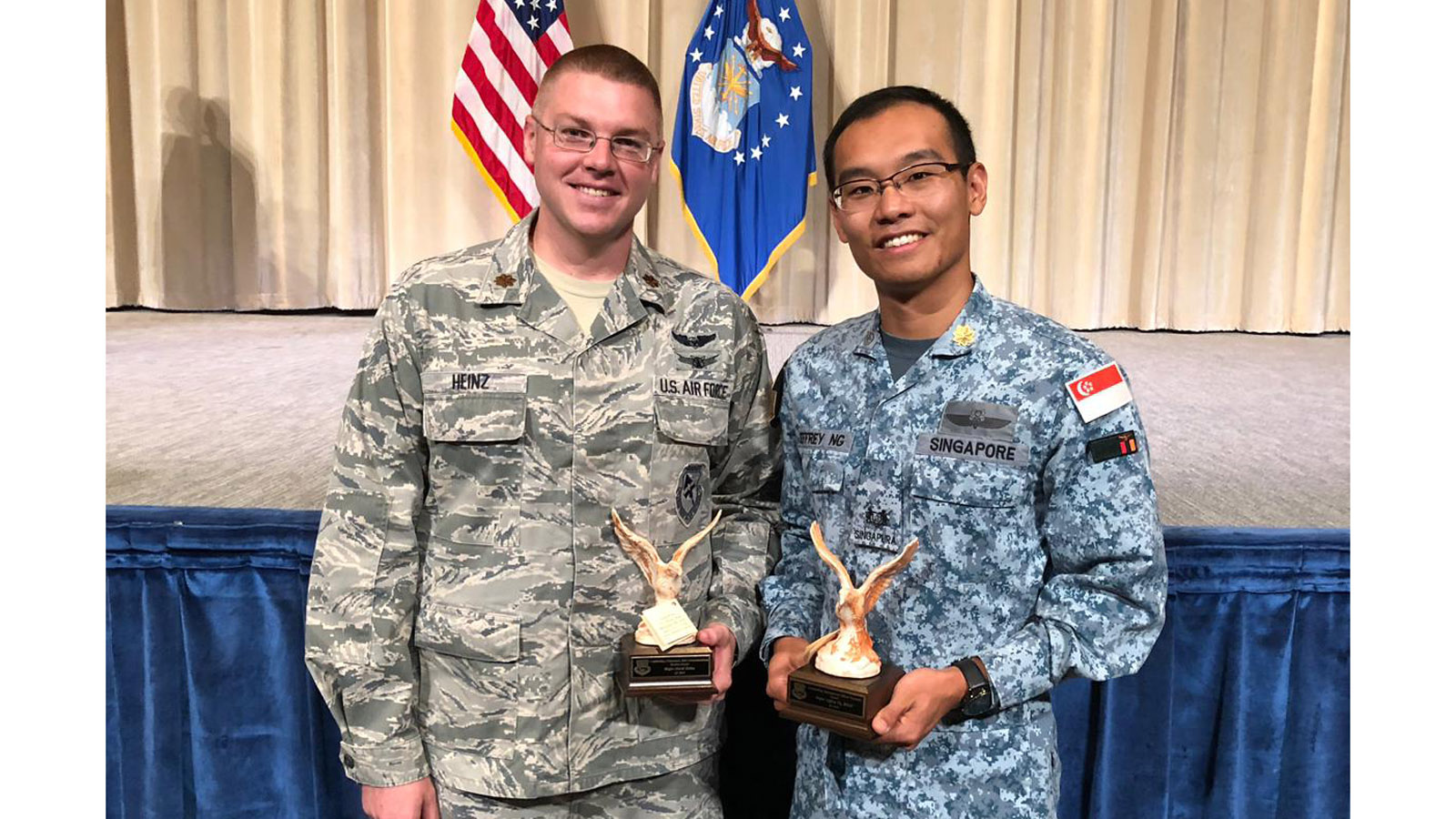 MAJ Jeffrey and his classmate were awarded for submitting the best research papers!

Besides being one of the Distinguished Graduates of the cohort, MAJ Jeffrey also bagged other awards such as the Award of Excellence for War Theory Essay Contest, Best International Officer Research Paper, Commandant's IO Academic Award, and the Squadron Commander’s Coin for fitness excellence on two separate occasions!

He felt honoured, but humbled at the same time as he was doing the course in his first language as compared to many of the IOs. Many of his classmates were also initially unfamiliar with Singapore and the RSAF, which resulted in a barrier for deeper engagements during discussions. However, he continued to share about Singapore's innovative solutions to national security, the military structures, and they became much more receptive and welcoming of different perspectives.

MAJ Jeffrey's success wasn’t his alone. He took the opportunity to thank his wife, MAJ Marilyn, a Naval Combat Officer for being with him in Alabama over the year. "My wife has a military career and calling of her own, which she had to put on hold in order to support mine. I can never thank her enough for the unwavering support," shared MAJ Jeffrey.

He was also really thankful for the opportunity to attend ACSC. "It was a really well-rounded course both in terms of breadth and depth. However, the most important part of the course will be the lasting friendships with our international friends from all over the world." 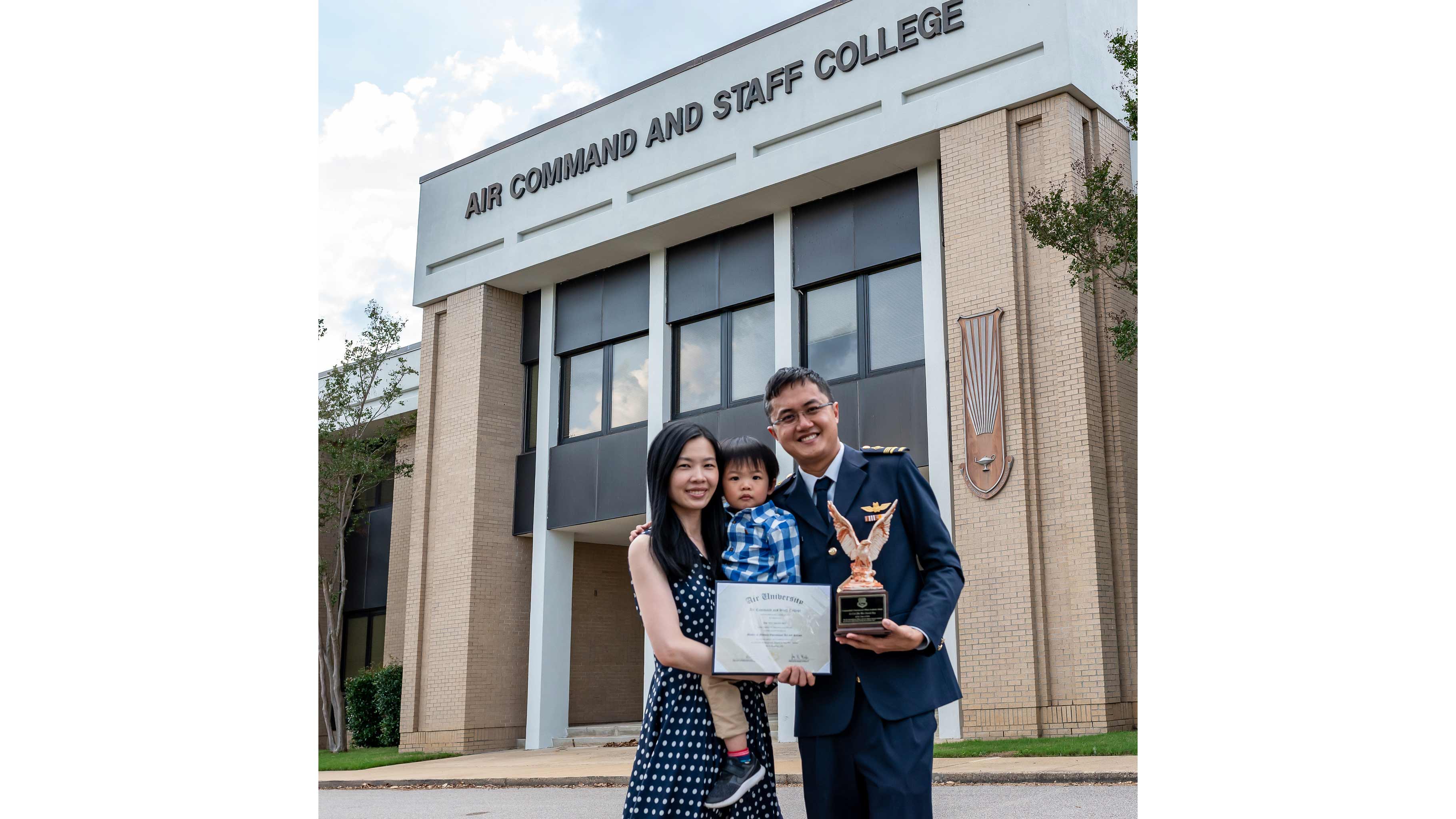 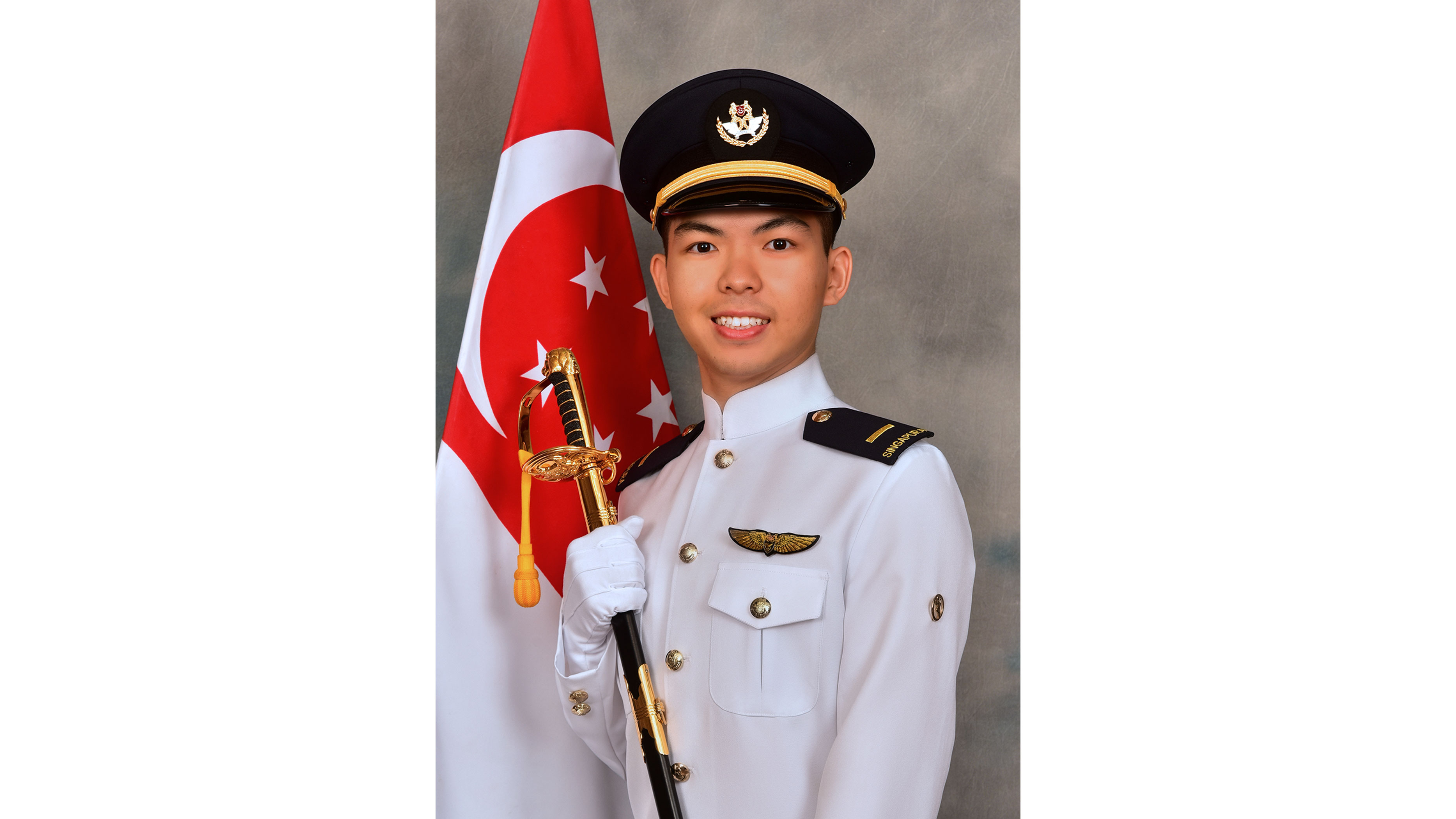