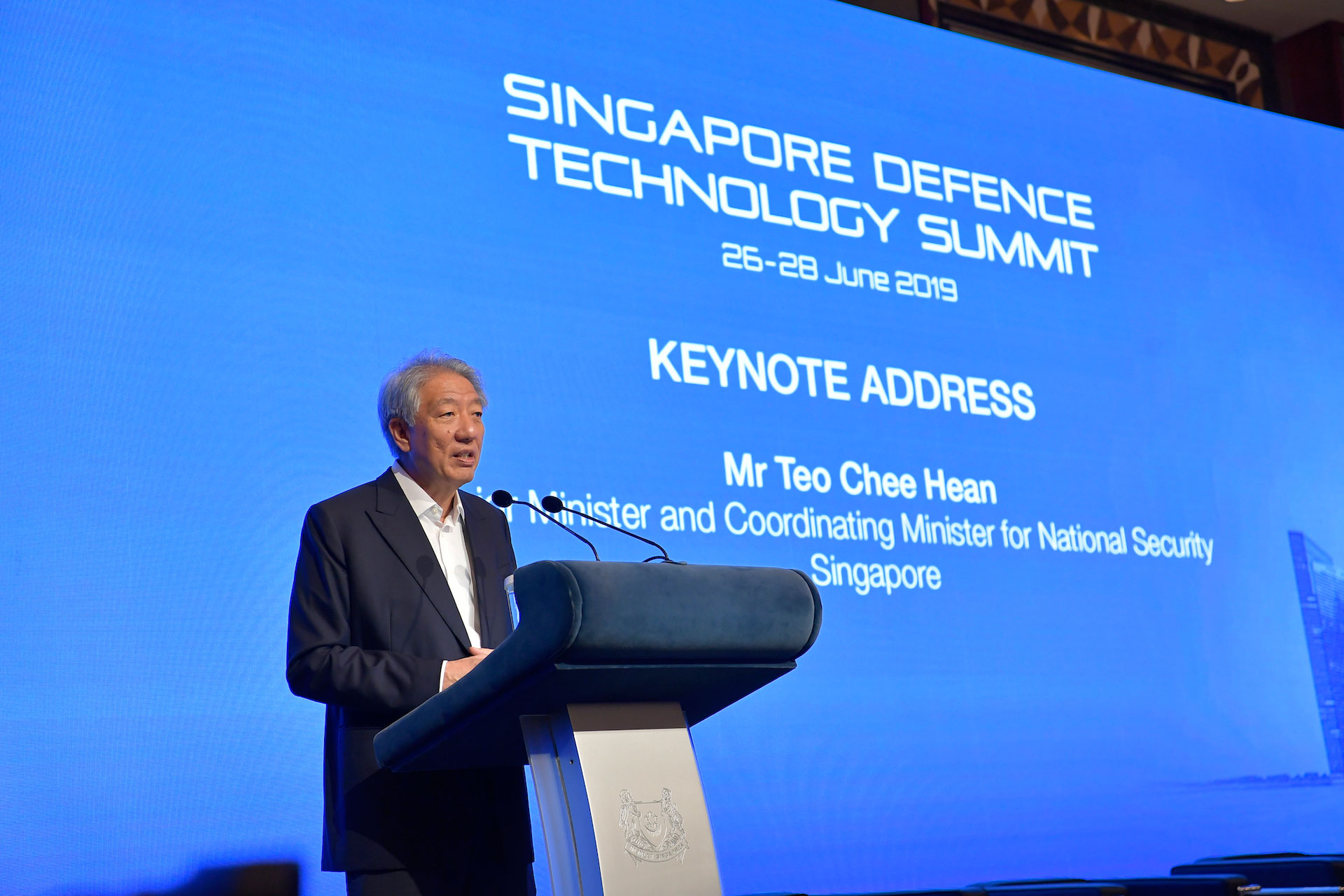 AI must act in our best interest: Mr Teo

As we enter a future where Artificial Intelligence (AI) can make decisions faster than humans, it is imperative to ensure that AI-driven machines continue to act in our best interest.

One way to do this would be by achieving "Explainable AI", where AI is designed to explain how and why it acts a certain way, said Senior Minister and Coordinating Minister for National Security Teo Chee Hean. This would allow humans to call the shots and make the final decision.

"The higher the stakes, the more important it is to explain (the actions). Explainable AI should also cover some safeguards to allow the human operator to override the system," added Mr Teo in his keynote speech at the second Singapore Defence Technology Summit on 27 Jun.

He cited that this could have helped avert the Boeing crashes back in March, where flawed analyses by the plane's automated sensors led to the fatal crashes of two 737 MAX airliners.

Mr Teo was speaking to about 400 delegates at the summit, which was being held at Shangri La Hotel from 26 to 28 Jun and organised by the Defence Science and Technology Agency.

The delegates include defence policymakers, chief technology officers and thought leaders from 23 countries, up from 17 countries last year. The theme of the summit is "Proliferation of technology and its implications on defence, security and society".

Highlighting how governments and industries can use technology more responsibly, Mr Teo cited that Singapore became the first Asian country to launch a framework for the ethical use of AI.

"This provides a framework of detailed and implementable guidance. But it is a 'living document', intended to evolve through feedback from the public, information scientists, industry and users," said Mr Teo.

He also stressed the need to maintain security in an increasingly interconnected world as well as to avoid being blindsided by low-intensity threats such as home-made bombs and devices.

He urged delegates at the summit to share experiences and work together to develop practical ideas for security amid fast technological advancements.

Mr Teo's sentiments were echoed by delegates at various plenary sessions during the summit. Speaking on a panel titled "Will AI make soldiers smarter?", Chief Executive Officer (CEO) of predictive analytics platform Endor, Dr Yaniv Altshuler, said that the benefit of AI is in prioritisation.

"In military scenarios, systems have to filter huge amounts of data, do automatic tracking and prioritisation, then present this information to the human to make the decision," he said.

He added that the nature of training needs to change, to focus on training soldiers to be experts in tech and to make sense of data from smart machines.

AI and data can also do more for society but it has to be regulated, said CEO of intellifusion, Dr Chen Ning, during a panel session titled "Can smart and secure co-exist?".

He added that a possible way to enforce privacy protection would be to process data before they are sent to officials, so that only characterisation of data goes out and not the original data itself.

This is a technology that could be in the works in the future, he said.