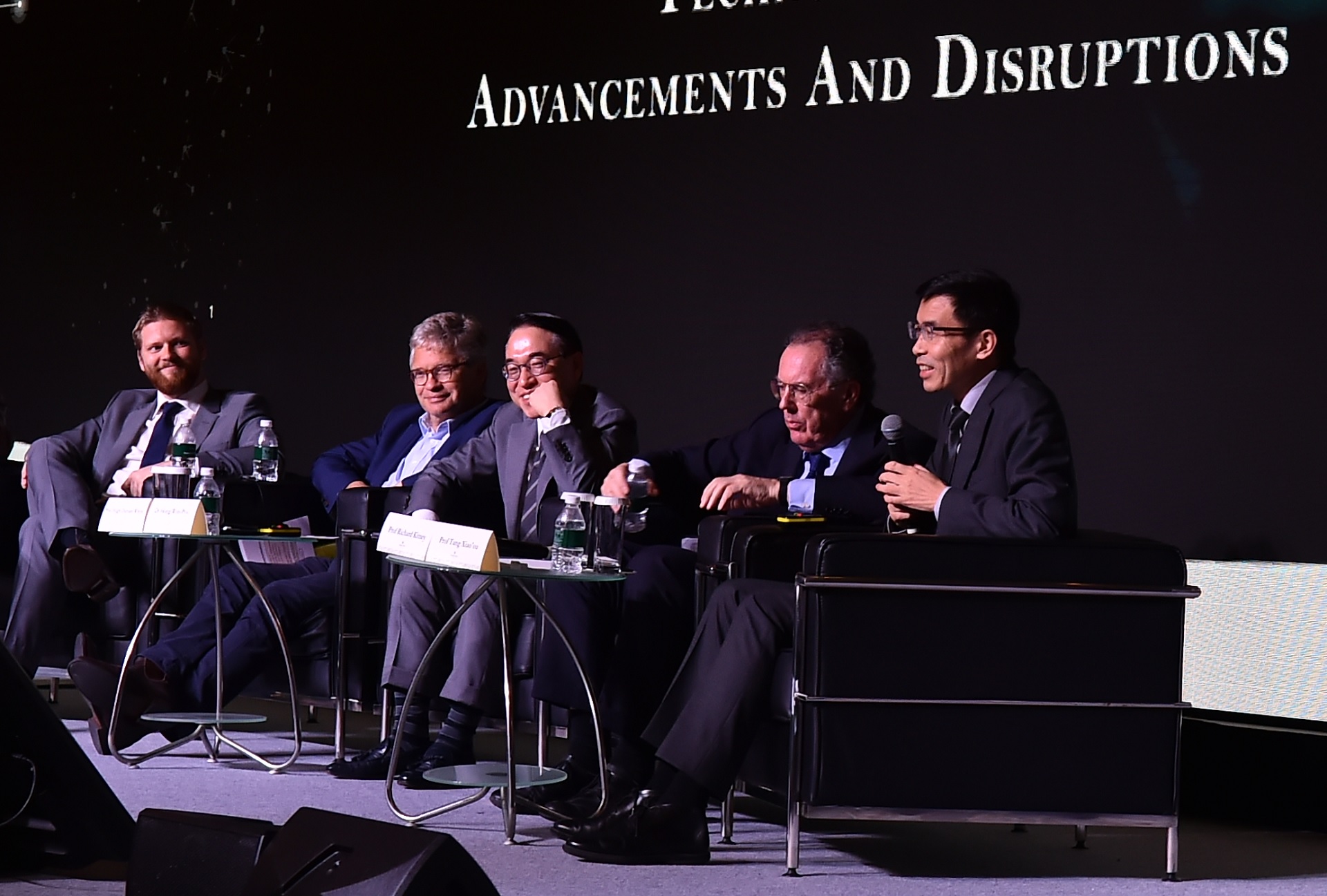 Will humans ever be completely replaced by Artificial Intelligence (AI)? Who should be held accountable when autonomous vehicles carry out strikes? How can systems be more robust in reacting to attacks in the invisible world of cyberspace?

These were some of the questions raised by defence and security technology experts, during the inaugural Singapore Defence Technology Summit held at the Shangri-La Hotel from 27 to 29 Jun.

Over two days, the 400 participants comprising policy makers, armament chiefs, defence scientists and thought leaders from academia and think tanks, shared their experiences and thoughts on the theme Impact of the 4th Industrial Revolution on Defence and Security.

Panels of international experts from both the government and private sector led in the plenary sessions on 28 Jun. They discussed topics such as trends in defence and security technology, emerging technologies and how they enhance or disrupt daily life, and the importance of collaboration across national and sector lines.

One of the topics raised was the issue that technological research and development, previously led by governments, is now carried out by commercial organisations as well, accelerating the production of new technologies.

"One of the observations (about big companies) is that they (recognise that they) do not have a hold on all the new ideas that are spawning. So they have to work with other companies," said Permanent Secretary (Defence Development) Neo Kian Hong.

He noted that militaries, including the Singapore Armed Forces, also had to forge working relationships with commercial organisations to develop new defence technologies.

Citing the Defence Science and Technology Agency's Cap Vista arm, which sometimes supports small start-ups with interesting projects, he said: "If you can keep the idea alive (until) it reaches a certain point, we can use it or they can spawn off and be bought by someone else.

"This is the new pattern of work, and we are well-poised to do that."

As for invited speaker, Chief Scientific Adviser of the United Kingdom (UK) Ministry of Defence (MOD) Professor Hugh Durrant-Whyte, the rapid development of new technologies was both a boon and bane, especially in the field of defence.

He said: "Technology can help you (deter and de-escalate conflict) without the need to use bombs and bullets. But at the same time, the fact that technology is no longer just in the hands of nation states means that many other people also have access to similar technology and can use it for offensive purposes.

"We have to understand how we can protect ourselves against that (and) be far more agile with how we handle that sort of thing."

Prof Durrant-Whyte also agreed that collaboration, including between nations, was a good way to advance technological development. Ahead of the summit on 27 Jun, he and Chief Defence Scientist Mr Quek Gim Pew renewed the Memorandum of Understanding (MOU) on Cooperative Defence Research between the UK MOD and Ministry of Defence.

"We have some common problems when it comes to the way we need to defend our trade routes (and) the way we would wish to deter and de-escalate (conflicts)," he said of the similar security interests between Singapore and the UK.

"We're trying to have projects where we both bring (our) expertise to the table. In the last 10 to 20 years, Singapore has developed some unique skills in technology in areas like AI and machine learning and autonomy that I think we would benefit from being involved in."

The dynamic dialogues continued in small-group breakout sessions on 29 Jun. Speakers and audience exchanged ideas on topics such as the potential of autonomous systems, how organisations can respond to cybersecurity threats, and the role of big and small data in fighting terrorism.

The sessions came to a close with a summary plenary that wrapped up the days' discussion and insights on topics such as ethical and moral considerations in the use and adoption of new technology.

The speakers also echoed the idea that technology would never replace human thought completely; as it is limited by the input it receives from humans.

Prof Xiao'ou Tang, Founder of SenseTime, a leading company in the field of Artificial Intelligence (AI), raised the issue at a plenary session. "People have the false impression that AI is going to take over, which will not happen," he said.

"A computer cannot really jump from task to task… They are really following our orders, our defined tasks, and doing it for us. But in many industries we can use AI to hugely improve efficiency. That is the big value of AI."

The summit ended with the attendees visiting some of Singapore's key technology centres, such as DSO Laboratories (DSO) and Singapore Technologies Engineering. The Singapore Defence Technology Summit will be held biennially.