Not your typical journey to becoming an officer

As a boy, 2LT Selva always wanted to be a soldier. He was fascinated by the military and wanted to join the ranks of Regulars serving the country.

That aspiration was affirmed after he became a section commander in 4th Battalion, Singapore Infantry Regiment in December 2018 when he was serving National Service. As a newly-minted specialist, he had to deal with soldiers who came from various backgrounds.

On top of working to gain their respect and trust, then-3SG Selva also put in the extra effort to learn and keep up with the unit’s protocols and procedures. The learning curve was steep. As a first-year commander, he was often compared to his predecessor by his soldiers.

To get up to speed, he would study the procedures late into the night as his soldiers were sleeping. His hard work paid off – he successfully led his soldiers through their Army Training Evaluation Centre evaluation and achieved good results.

The training may have been hard and tiring but then-3SG Selva really enjoyed himself. "What really pushed me to sign on was, that during that time, I felt comfortable in my own skin. I really enjoyed the outfield with my soldiers and the camaraderie I had with them and my platoon commander."

In addition, he had a role model in his then-Commanding Officer, Senior Lieutenant Colonel (SLTC) Muhammad Helmi Bin Khaswan. SLTC Helmi cared a lot for his soldiers and encouraged his commanders to think of their soldiers’ futures after they completed their National Service (NS).

"SLTC Helmi often encouraged us to talk to our soldiers about their education plans, their future and guide them in the right direction. I felt that if I was going to become an officer, I wanted to be like him."

With SLTC Helmi’s encouragement, then-3SG Selva decided to sign on as a combat engineer officer just as he completed his NS in February 2020. SLTC Helmi also helped him prepare for the officer interview. While waiting for his application to be approved, then-3SG Selva extended his NS and worked as a project officer in the manpower branch at Headquarters Singapore Combat Engineers.

2LT Selva (third from left) completed his NS in February 2020, and signed on after.

While Specialist Cadet School was not easy, his experience in OCS was a much tougher one. For one, he would spend his weekends studying – to become a CBRE engineer, he had to equip himself with the extensive techniques and knowledge of the trade.

"CBRE threats can happen any time, so we need to be really confident in what we are doing. We need to have extensive knowledge and know how and where to apply them.

"We also have to solve problems under pressure. It's real-time and lives are at stake," said the 24-year-old Sword of Honour (SOH) recipient.

Due to the COVID-19 pandemic, the cadets received their ceremonial swords and letters of appointment at decentralised small-scale commissioning ceremonies organised at the formation level from 9 to 11 Jun.

When asked his thoughts on being a SOH recipient, 2LT Selva said that he felt rewarded for all his hard work as it had been a long journey for him.

"From being a section commander and serving two years of NS before signing-on as an officer, I just really wanted to do my best and get the best possible outcome. The journey has not been easy and there were a lot of sacrifices but it's all worth it."

Post-graduation, 2LT Selva will be posted to 39th Battalion, Singapore Combat Engineers as a platoon commander. He is looking forward to meeting his soldiers and establishing a good command team.

"I'm excited to see what kind of culture my unit has and my command philosophy is that my command team needs to be both active and responsive listeners in order for effective two-way communication. 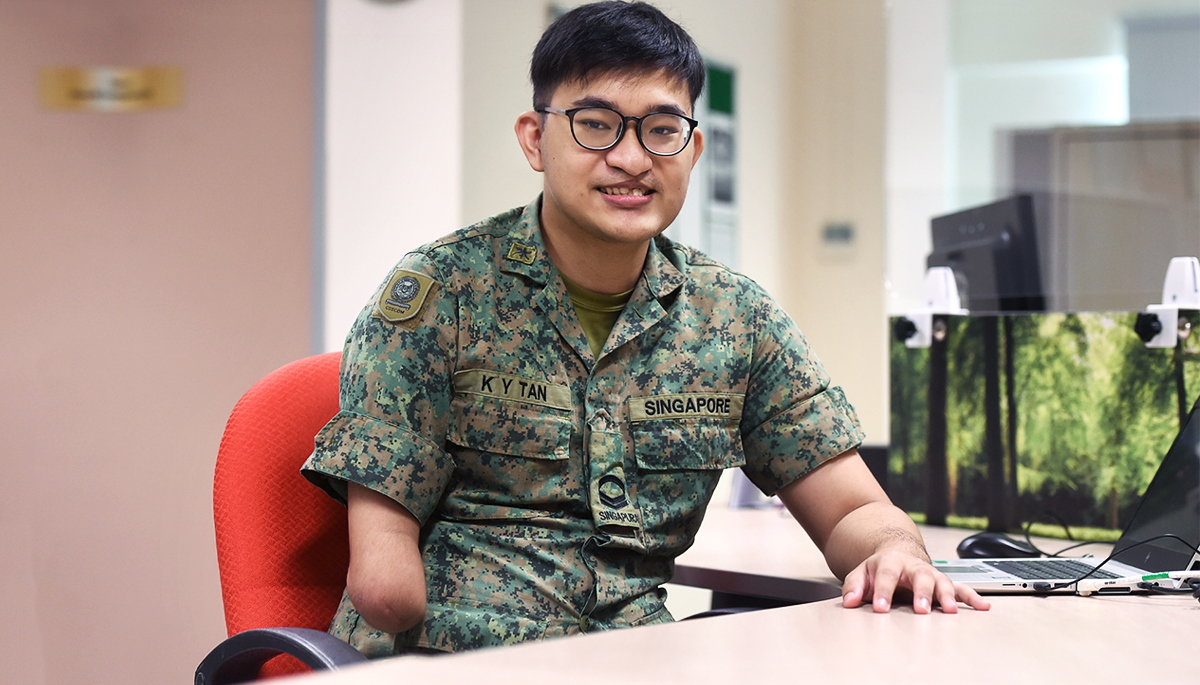 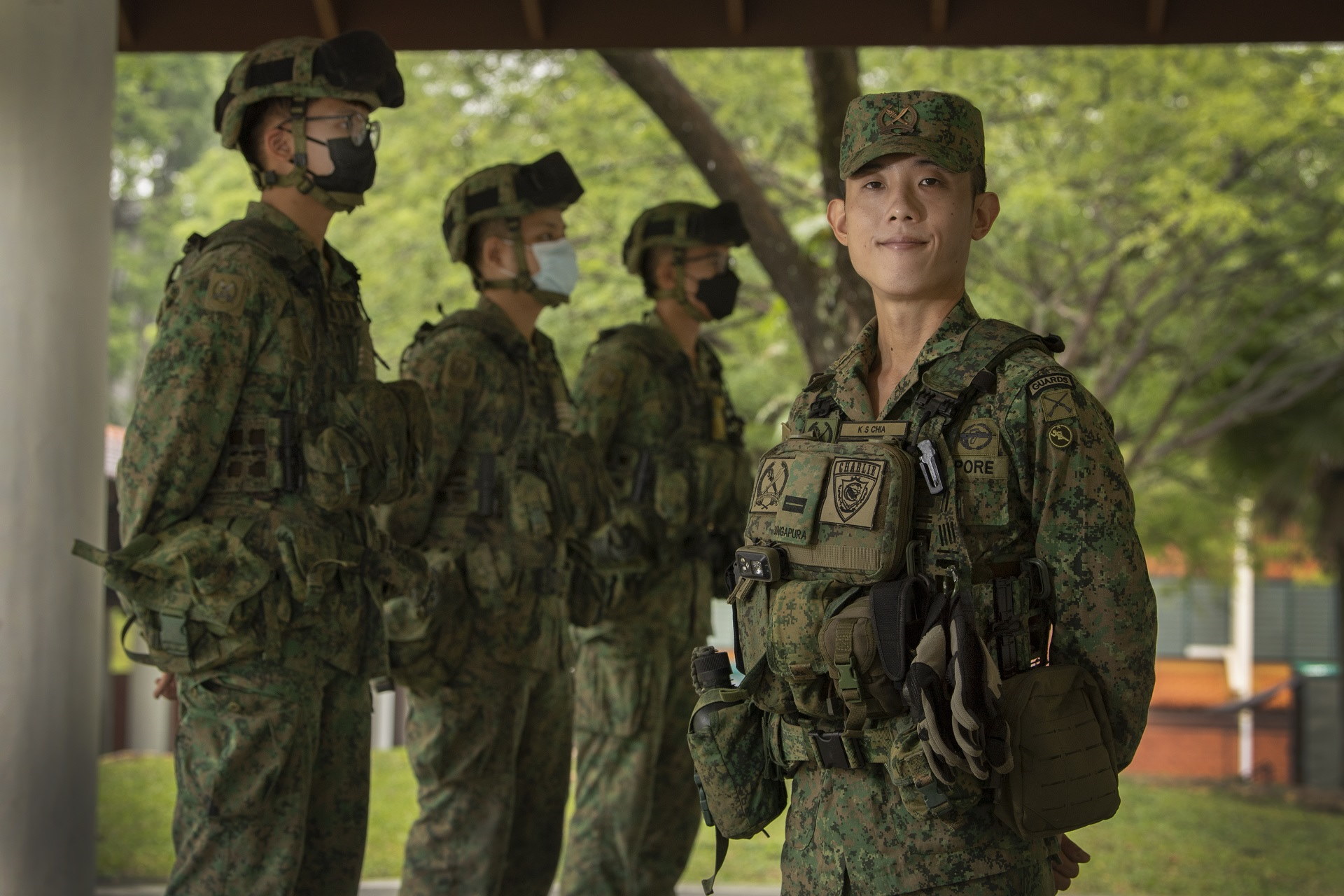 These combat engineers are "MOPP-ed up" for their Vocation Obstacle Course, which tests their operational endurance and proficiency in Chemical, Biological and Radiological Defence (CBRD).