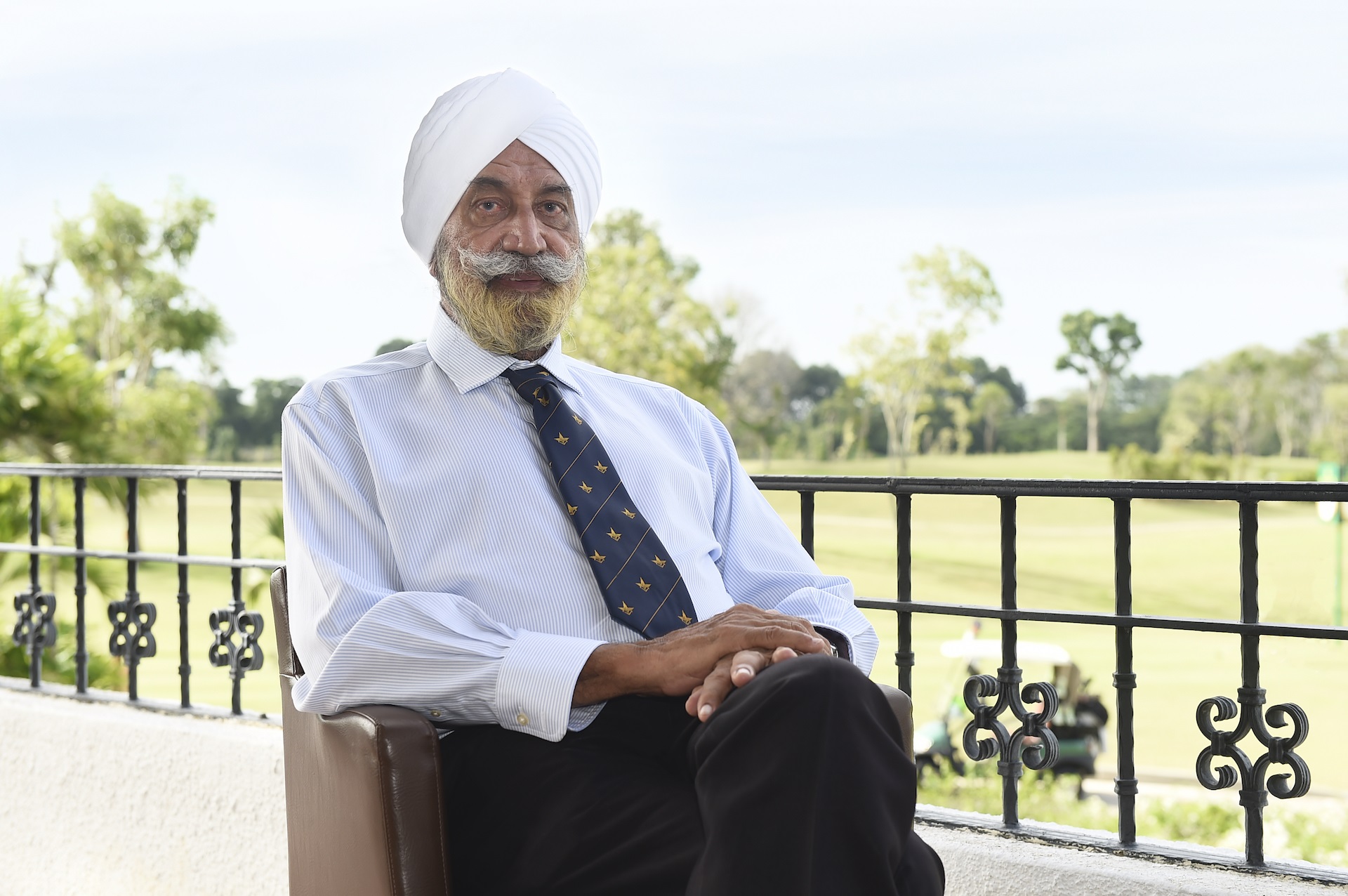 When Colonel (COL) (Ret) Gurcharan Singh took over the reins of the Singapore Command and Staff College (SCSC) in February 1979, he had two big tasks set out for him.

First, the college, then located at Marina Hill, was to move to Seletar Camp - its library, lecture halls and classrooms were to be built up in the officer's mess there. Second, was the complete revision of its teaching materials.

COL (Ret) Singh achieved both feats in his two years as 6th Commandant of the SCSC - and with just four instructors and a handful of administrative staff.

Today, the school has 25 instructional and 12 administrative staff. Renamed the Goh Keng Swee Command and Staff College in 2011, it is now located at SAFTI Military Institute. The College celebrates its 50th anniversary this year.

Watch this to find out COL (Ret) Singh's thoughts on nurturing leaders and why he was known as the Unsmiling Colonel:

Forefather of the combat engineers

You could say that no task was insurmountable to COL (Ret) Singh.

"A lot of us were holding double roles. Thinking back sort of bring tears to my eyes, because the effort that was put in far exceeded the number of people we had, the amount of time we had," said COL (Ret) Singh of his SCSC days, his voice going soft.

COL (Ret) Singh (front row, centre) with his SCSC staff and the graduates from the 10th Command and Staff Course in 1980.

When he speaks, his voice is deep and clear. He does not give a hint of turning 83 in a week.

This pioneer in the Singapore Armed Forces (SAF) did not start his military career early as some may expect: in fact, he was 29! COL (Ret) Singh was working as an engineer in Kuala Lumpur when his father asked him to return to join the uniformed service.

Selection for the first batch of officer cadets was tough, but COL (Ret) Singh made it through the IQ tests and had no difficulty with the physical training - after all, he was an avid rugby, cricket and hockey player.

He was commissioned among the first batch of SAF officers in July 1967.

"But I did not attend the commissioning ceremony," he said with a chuckle. He and fellow 2nd Lieutenant Chng Teow Hua were selected to attend an engineer officer's course in Fort Belvoir, Virginia, United States (US).

When they returned, the two officers had just a few months to prepare to conduct the SAF's first Engineer Commander's Course.

The Engineer Training Wing was formed in SAFTI in 1967, before shifting to Pulau Blakang Mati (now Sentosa) in 1968. It was renamed the School of Field Engineers and eventually moved again to become the Home of the Combat Engineers at Nee Soon Camp. [Photo: Singapore Army]

"The engineers were in deep trouble when we started," he recalled. Not only was manpower lacking, equipment was scarce. But he managed to pull together Bailey bridges, floating bridges and pierced steel planking plates to conduct training.

The School of Field Engineers was established in 1968 and its graduates became the forefathers of the Singapore Combat Engineers formation we know today.

Making an impact in the military

COL (Ret) Singh is hard pressed to give a single happiest memory of his time in the SAF. "I was very close to all my engineering units," he stressed.

He simultaneously held the role of a battalion commander and Chief Engineer - the latter making him the first officer from the first batch to command a specialist headquarters.

Even then, COL (Ret) Singh would visit all his units at least once a month. He was people-centric in his leadership; and peers and superiors alike called him "Guru" for short.

He led the engineers from training in Pulau Blakang Mati (now Sentosa), to setting up in Gilman Barracks - where he notably paid $1 to the British for its handover - as well as Mandai Camp, Seletar Camp and Lim Chu Kang Camp.

COL (Ret) Singh (right) graduating from the US Command and Staff College at Fort Leavenworth in 1975.

No rest after retirement

Since he left the SAF in 1989, COL (Ret) Singh has been managing the design and construction of golf courses - a field he took to easily because of his engineering expertise.

Today, the father-of-three and grandfather-of-four continues to keep busy as a consultant at the Tanah Merah Country Club. He also sits on the Singapore Khalsa Associations' board of trustees as its Vice Chairman.

"I owe this health (I have now) to my sports days, and this is why even in the Army, I've encouraged playing games," he said.

To put his career in a nutshell, COL (Ret) Singh looks back at a conversation with the late Dr Goh Keng Swee, who was then the defence minister.

"Just as Dr Goh was leaving MINDEF in 1979, he said, 'Today, we are much better off (than when we started). We have three-star generals commanding organisations today. In the earlier days, it was colonels.'

"And he thanked all of us, and said the colonels of those days were like generals of today." For two full weeks in July this year, CPT (NS) Abdul Haniff's wife and three sons saw him in action as an army officer, planning for battles from morning through the night as he went through the Command and Staff Course (NS). 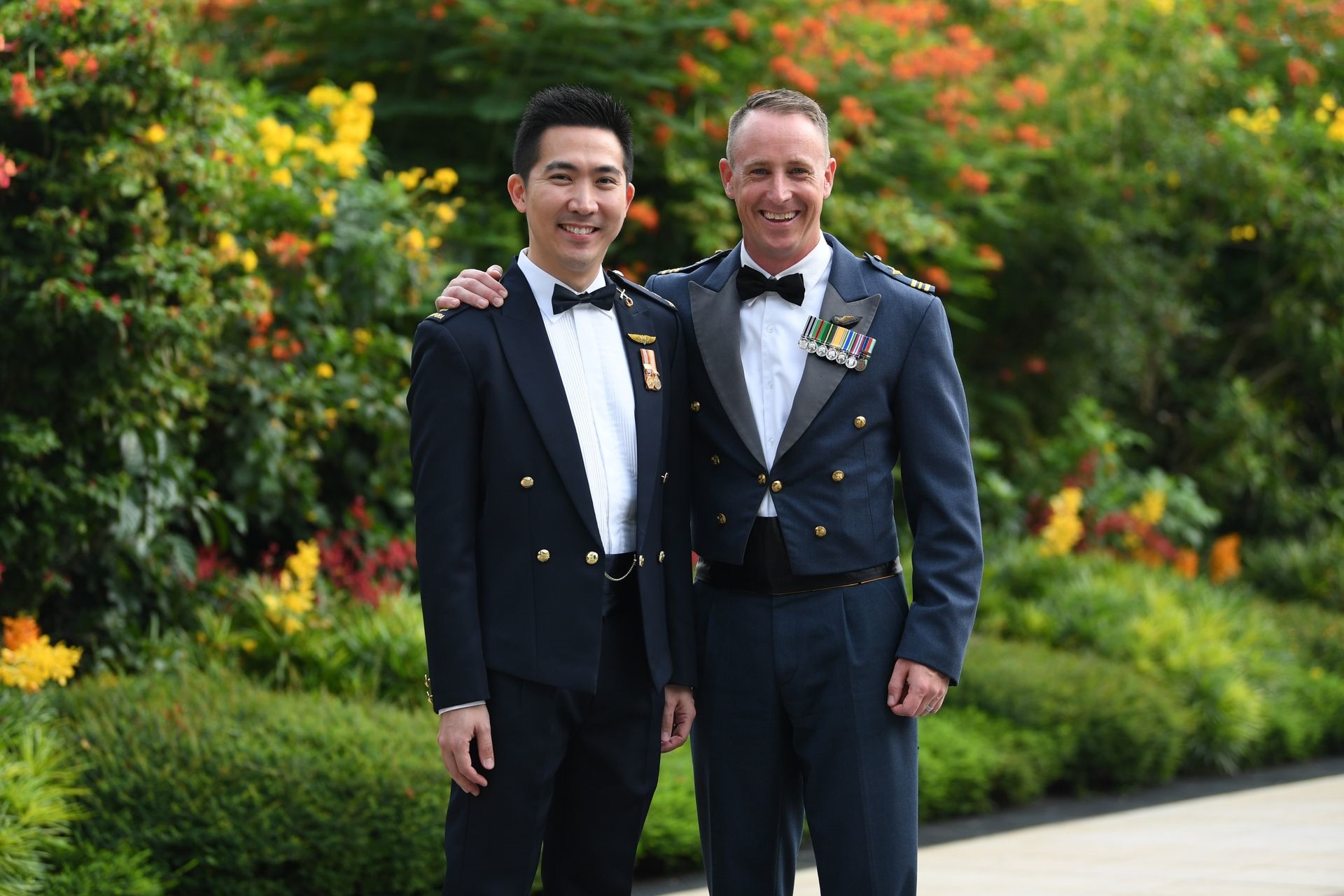