A run to remember my brothers

As part of his training, 2LT (NS) Rohan runs 6km to work every day.

Completing a 6,400km relay run in 49 days is no easy feat. But it's nothing compared to the pain of seeing a friend battling cancer and eventually succumbing to it.

"Martin was always talking about how lonely he was 'cos he was either in the isolation ward or one filled with old people, and there was no one he could talk or relate to," recalled 2LT (NS) Rohan.

At the time, the 24-year-old was studying in the United States (US). That did not deter him from visiting Martin several times a week whenever he was in Singapore.

While they were not best friends during their full-time National Service (NS) days, those visits brought them closer.

"You've got that bond being batch brothers together in NDU. And when someone whom you've suffered with gets sick and passes away, it has an impact on you," said the Platoon Commander from the Underwater Demolition Group in NDU.

Suffering together: NDU trainees going through the “Cold Treatment”, where they are submerged in ice-cold water, during Team Building Week. [File footage]

After Martin's passing in 2018, 2LT (NS) Rohan chanced upon the Ulman Foundation, a US charity which supports young adults with cancer, and decided to sign up for the Ulman 4K for Cancer relay run which will take place later this year. ("4K" stands for 4,000 miles, which is about 6,400km)

There are five 30-person teams running this year. Over the 49-day period, each individual runner will cover a total distance of about 880km, and help to spread awareness for young adults battling cancer. They also have to raise a minimum of $4,500 in support of young cancer patients.

2LT (NS) Rohan's decision to participate in the programme was further affirmed when news of another cancer-stricken batch mate, Elliot Soh, reached him. He passed three days later, in November 2019.

"Elliot only told a few friends about his condition and when we received the news, it was to say that he wouldn't be able to make it.

"He was studying in the United Kingdom then, so we decided to record good-bye messages for him. But by the time the video was edited, he had already passed and never got to see it."

As an NDU trainee, then-Private Rohan (far left) had to go through gruelling physical and mental training such as enduring cold sprays after the “Cold Treatment”. [File footage]

Home away from home

Having lived in Indonesia his whole life, 2LT (NS) Rohan only moved back to Singapore two weeks before he enlisted in 2014. NDU thus became 2LT (NS) Rohan's only real home in Singapore, and his unit and batch mates became his family.

For almost a year, they bonded through tough times and suffering. They were constantly pushing themselves beyond their physical limits, especially during NDU's Team Building Week (more infamously known as Hell Week).

"Nearing the end of Team Building Week, there was a moment we were kneeling in the sea and just holding hands," recalled 2LT (NS) Rohan.

"We were squeezing each other's hands to encourage each other, and we were yelling and crying; it was a very raw and emotional moment.

A love for running

Being in NDU also started his love for running.

"The more I trained, the faster I became and I realised that it was something I enjoyed and was good at," said 2LT (NS) Rohan.

When he was in midshipman school during full-time NS, he would run 80 times around the parade square whenever he had a break.

Today, the research officer from the Agency for Science, Technology and Research (A*STAR) runs 6km to work every day. He will also clock another 8km during lunch or about 13km after work if he has the time. This is on top of a 12 to 16km speed training twice a week and a Sunday run of up to 35km. Each week, he averages about 70km.

While he is physically prepared for the relay run come June, he knows that it will be mentally tough as the route occasionally comprises long stretches of the same scene. But the training at NDU has taught him to never give up.

"You learn that it's ok to be uncomfortable, for things to hurt and you can just keep going. It's mind over body."

As a running ambassador for the programme, he will also stop at various towns, do community outreach, work with cancer hospitals, meet patients and help spread the message and garner support for the Ulman Foundation.

"Every day, we will dedicate our run to someone by writing their names at the back of our legs or wrists to remind ourselves why and who we are running for. It can be our friends and loved ones to patients whom we meet along the way, so it's very meaningful."

2LT (NS) Rohan plans to take on a 6,400km team relay run across 49 days in memory of two batch mates who succumbed to cancer.

It is also a movement that 2LT (NS) Rohan hopes to bring back to Singapore: that there are young Singaporean adults battling cancer and who face challenges most people don't realise.

For instance, the Ulman Foundation offers cryopreservation of a patient's genetic material as chemotherapy has a possibility of destroying one's fertility.

"It's building an awareness that this is something that we need to think about and deal with - that we can learn from the experts and bring the message here."

2LT (NS) Rohan is also participating in Relay for Life 2020, a 100km overnight relay run organised by the Singapore Cancer Society on 15 Feb, together with a team from A*STAR.

"This is how I will first be connecting with the organisation and I'm hoping that this is a start to something that can improve the lives of young adult cancer patients." 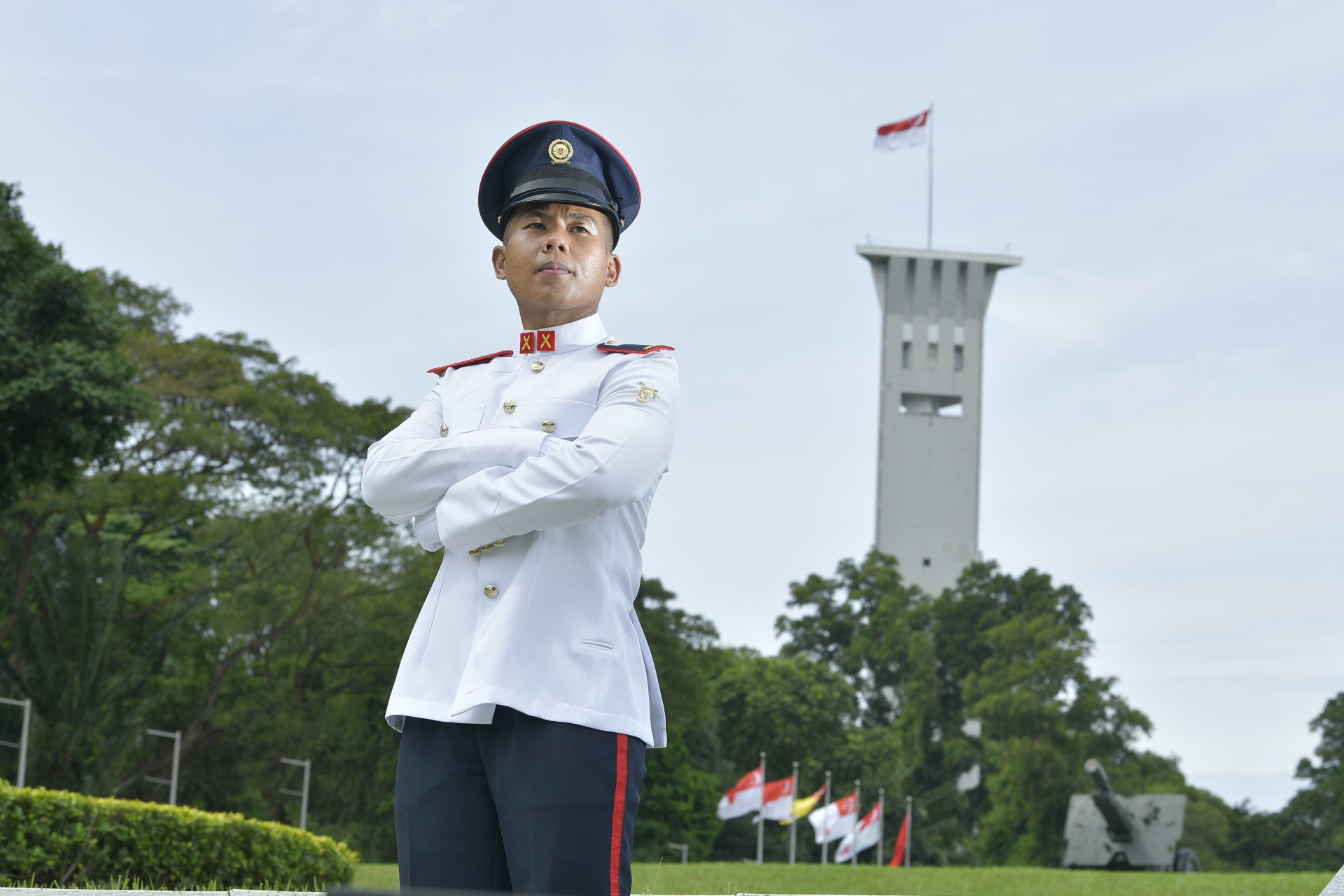 Shaping up to be an SAF officer
PEOPLE
08-Dec-20 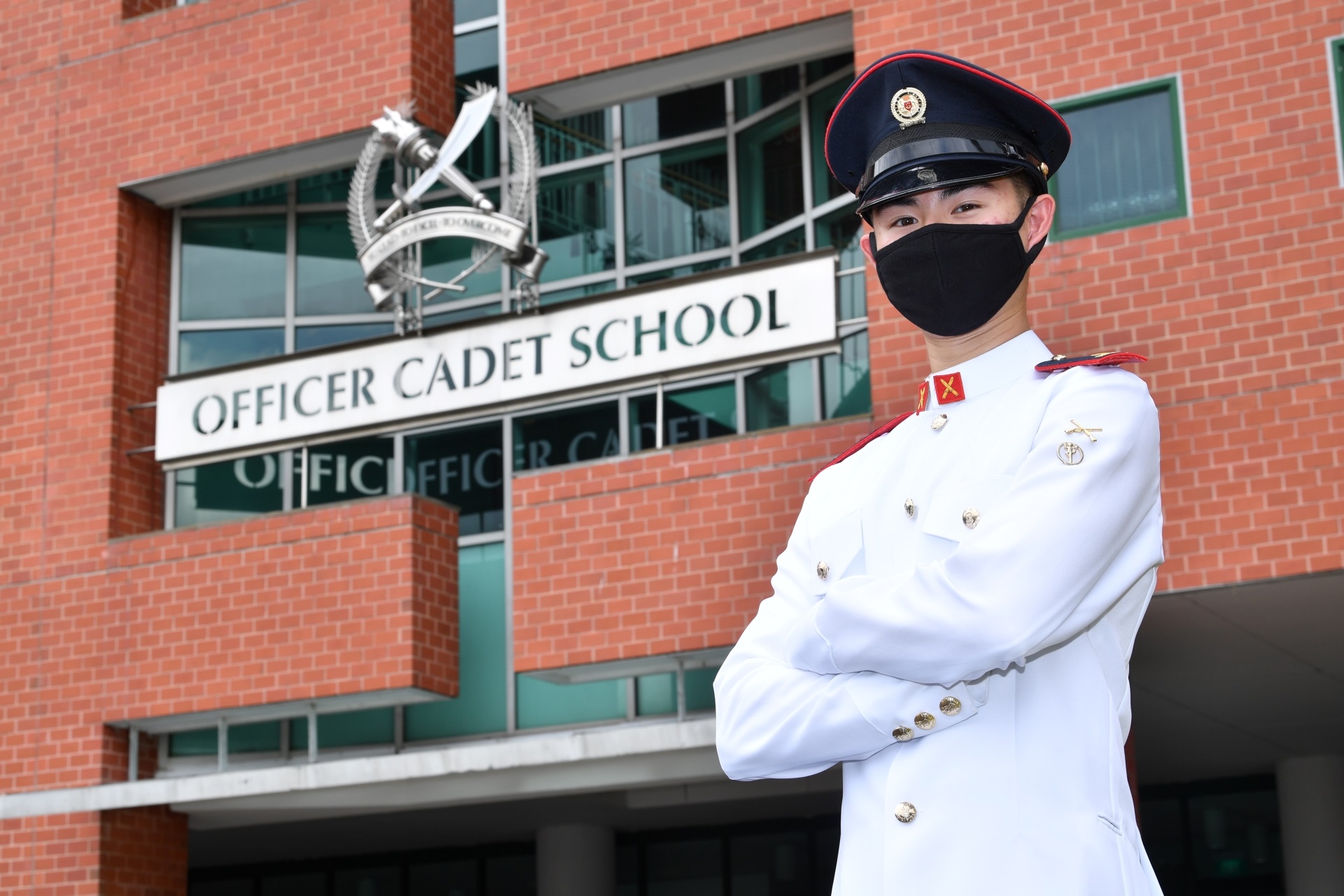