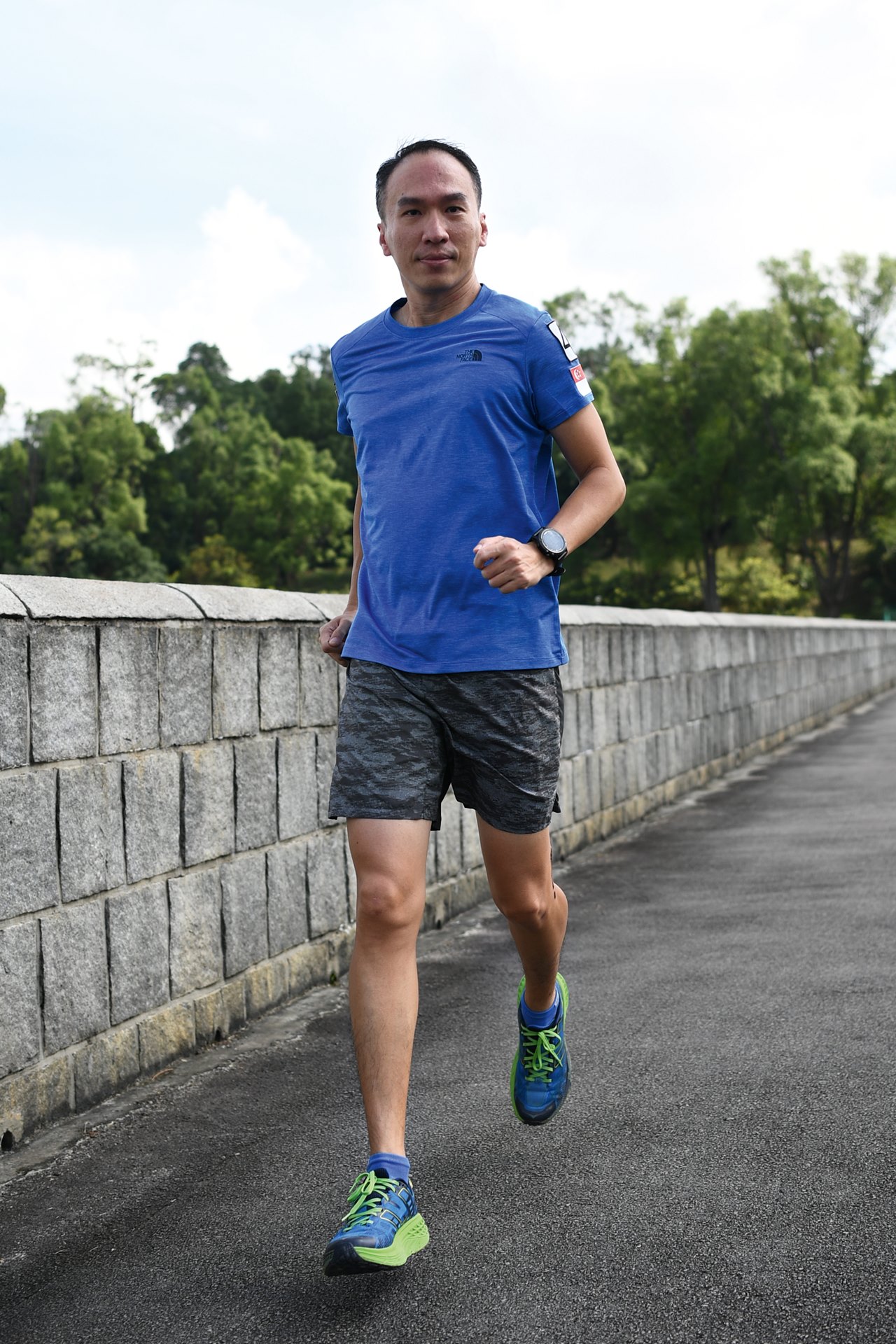 He raced 250km across the Gobi Desert to raise funds to help fight the illness that took his wife.

Jason Wong's world crashed in 2012. His wife, Rosalie, was gone — in just six months after being diagnosed with Pulmonary Hypertension (PH), a condition of increased blood pressure in the blood vessels of the lungs.

After her passing, Mr Wong shut down emotionally. Although he still went to work and took care of his then-five-year-old daughter, he was just going through the motions.

To distract himself from his grief, he picked up running with support from his friends. In 2013, he joined a running group which trains marathon participants.

That kick-started his racing journey. Over the next four years, he ran in several local and overseas marathons, including a 100km race in Australia.

In March 2018, he took on his toughest racing challenge yet — a 250km ultramarathon across the Gobi Desert to raise funds for PH Singapore, a support group for PH patients and their families.

"(When my wife was ill,) there was nothing I could do. It made me feel very guilty and I wanted to do something for other PH patients and their families," said Mr Wong, a senior engineer working in a multinational corporation in the semiconductor industry.

But none of the progressive training he did in Singapore could prepare him for the harsh conditions of the Gobi Desert in Mongolia. For one, the weather was a killer — the days were scorching and the nights were cold. Mr Wong also needed to carry a 13kg load throughout the seven-day race.

"It's a self-supported race and you have to carry your own essentials like food, clothes and sleeping bag. The only supplies you get is water."

The race was done in stages, and participants had to complete a certain distance each day, reach the campsite by night, then start again at 8am.

On the first day, Mr Wong made the mistake of running 30km with his load, causing immense shoulder pain. Towards the later part of the race, he also injured his left Achilles tendon. This led him to over-compensate with his right leg, which eventually injured the bones in his right foot.

Nevertheless, he pressed on. "I'm well aware of the PH patients' suffering and I kept reminding myself that I have a promise to fulfil; no matter how painful, I have to take one step at a time and finish each stage."

For his efforts, he eventually raised more than $8,000.

Running across the grassland plains during the 250km Gobi Desert race.
Mr Wong (second from left) with his NS mates during his last In-Camp Training in 2014.

"The trainers demanded a high standard of proficiency and efficiency from us. We were put through long hours of drills to ensure that we were able to operate swiftly, safely and effectively — in total darkness, on both land and water — for the raft and bridge construction," recalled the 43-year-old, who completed his NS cycle in 2014 as a 2nd Sergeant.

The camaraderie among his fellow course mates was what kept him going then.

"Knowing that I made it through that (tough training back then) gave me the confidence that I should just hang in there and push on during hard days.

"I kept reminding myself of that — after my wife passed on and during the race."

Mr Wong, Rosalie and Rachel during a vacation at Hong Kong Disneyland in 2011.

It may have been more than six years since his wife passed away, but Mr Wong still gets a little emotional when he talks about her.

However, he's holding on to the happy memories and focusing on more important things at hand, like coaching his daughter, Rachel, for her Primary School Leaving Examination.

He has also become more positive and embraced a healthier lifestyle. It is with this new confidence that he intends to take on a 250km race in the Atacama desert in Chile next year.

"What doesn't kill you makes you stronger and I find that very true after surviving the darkest period of my life," said Mr Wong.

"I'm glad I made it through and I'm looking forward to a better future."