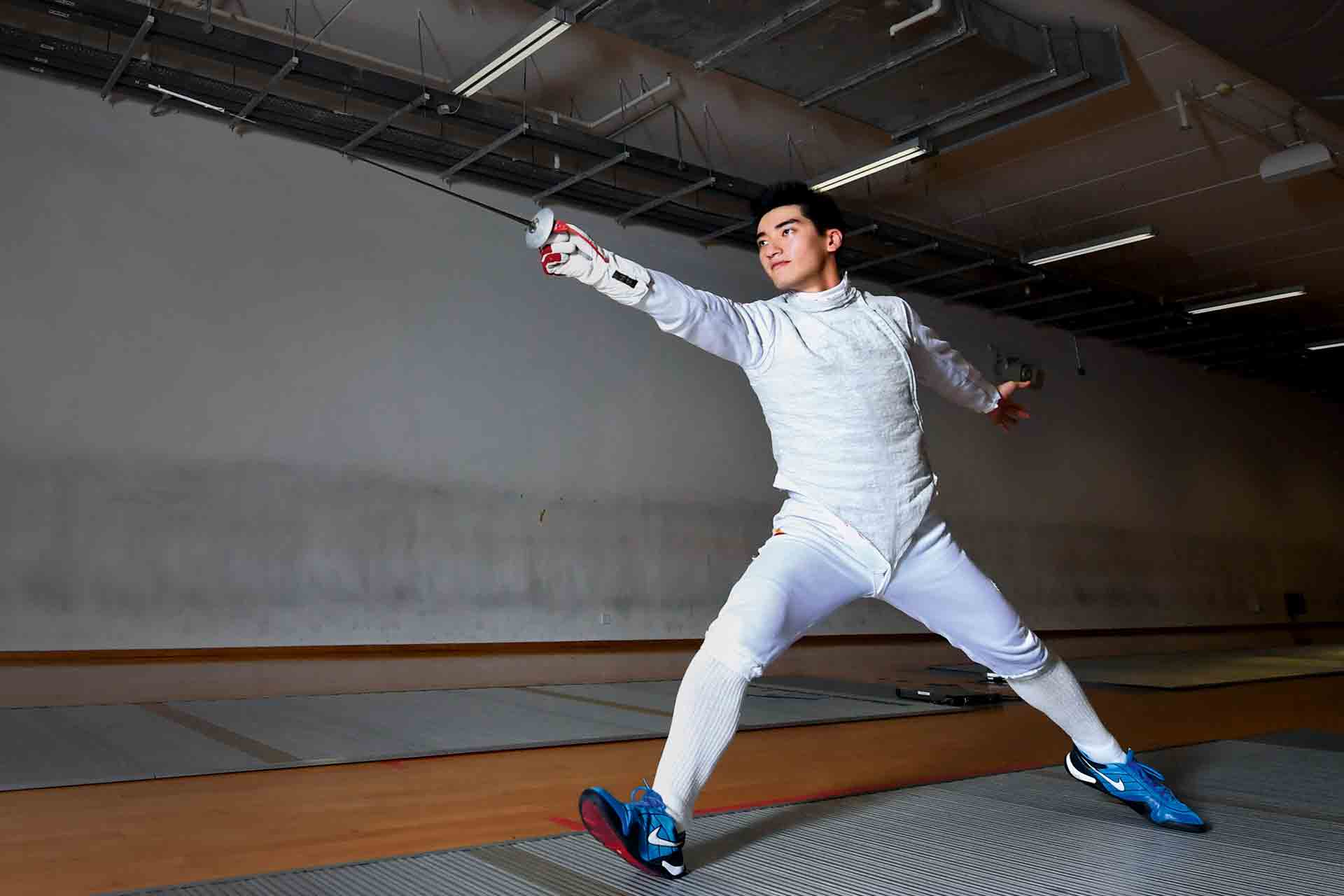 When I was a kid, I was really into Star Wars — I wanted to emulate the Sith Lords and Jedi Masters. I started fencing when I was six. I love the feeling of sword fighting; it's where I can be creative and perform unconventional moves. I like to entertain the crowd with a beautiful hit and make them go, "Wow!"

The 2017 SEA Games was like no experience I'd ever had. My heart was beating faster than normal. Every time I scored against against a local player, I would get booed, and when he scored against me the whole crowd would cheer. In the semi-finals, I was winning when I tore my ligament. I received a joint third place. But it's a life lesson — better to gain experience while I'm young so that I know how to deal with similar setbacks.

My Basic Military Training (BMT) mates were the best. I went to BMT with a cast on (because of my torn ligament). My buddy would help me with walking. After my cast was removed, I returned the favour. Whenever I left Pulau Tekong to get my foot checked, I would paste a piece of paper on the table as a "shopping list" for my buddies to fill up. Some had difficulties with Standard Obstacle Course stations, and I would try to teach them how to clear them.

Now that I'm in NS, my training time is more limited. But my superiors allow me to attend training, so I go three to four times a week. In the mornings, I do my own physical training in camp. When I got into Officer Cadet School (OCS), I was allowed to go for competitions too. Now I'm a Forward Observer (FO) Trainer at the Armour Training Institute, where I train Operationally Ready National Servicemen from the Artillery Formation attached to other units in calling for fire.

The best thing about being an athlete in NS is that you're constantly doing physical activities, so your fitness will improve. I did a physical fitness test during my SEA Games preparation period, when I was supposed to be at my peak, and one right after OCS. My left-hand strength had become as good as my right hand's during the SEA Games, when I was training Monday to Saturday, morning and evening sessions. I'm faster, sharper, stronger and more agile now.

Quitting was never on my mind, but I once thought of taking a break. In 2015, I qualified for the SEA Games in Singapore. But because I was young and inexperienced, the national coach replaced me with an older fencer. At that point I thought, screw it, I wasn't going to try and qualify for competitions anymore. But my teammates, parents and school were very supportive, so I continued to do what I could. I was eventually ranked first in Singapore for under-17s, and fifth in the world. It's still the boys' national record. I went from "I want to stop fighting" to "I'll fight to prove you wrong and show that I'm actually worth it".

"I try to be a lighthouse for the younger fencers — by doing my best in both NS and my fencing career — to show that NS and sports can go together."

My parents actually went to Malaysia to watch me fence (at the SEA Games) without telling me. They've always let me go for overseas competitions by myself because they want me to be independent. This time, they stood at the back stands and I didn't even know they were there until the end of the competition when my team manager told me to go thank them. They are definitely my biggest fans!

As I do my best in NS while I continue fencing, I hope that more athletes will take this path and do their part for NS but also continue with their sport, instead of giving one up for the other.

Feature
African-Singaporean on his way to becoming an officer
PEOPLE
04-Aug-22
Next Article:
Last Updated on 01 Mar 2019