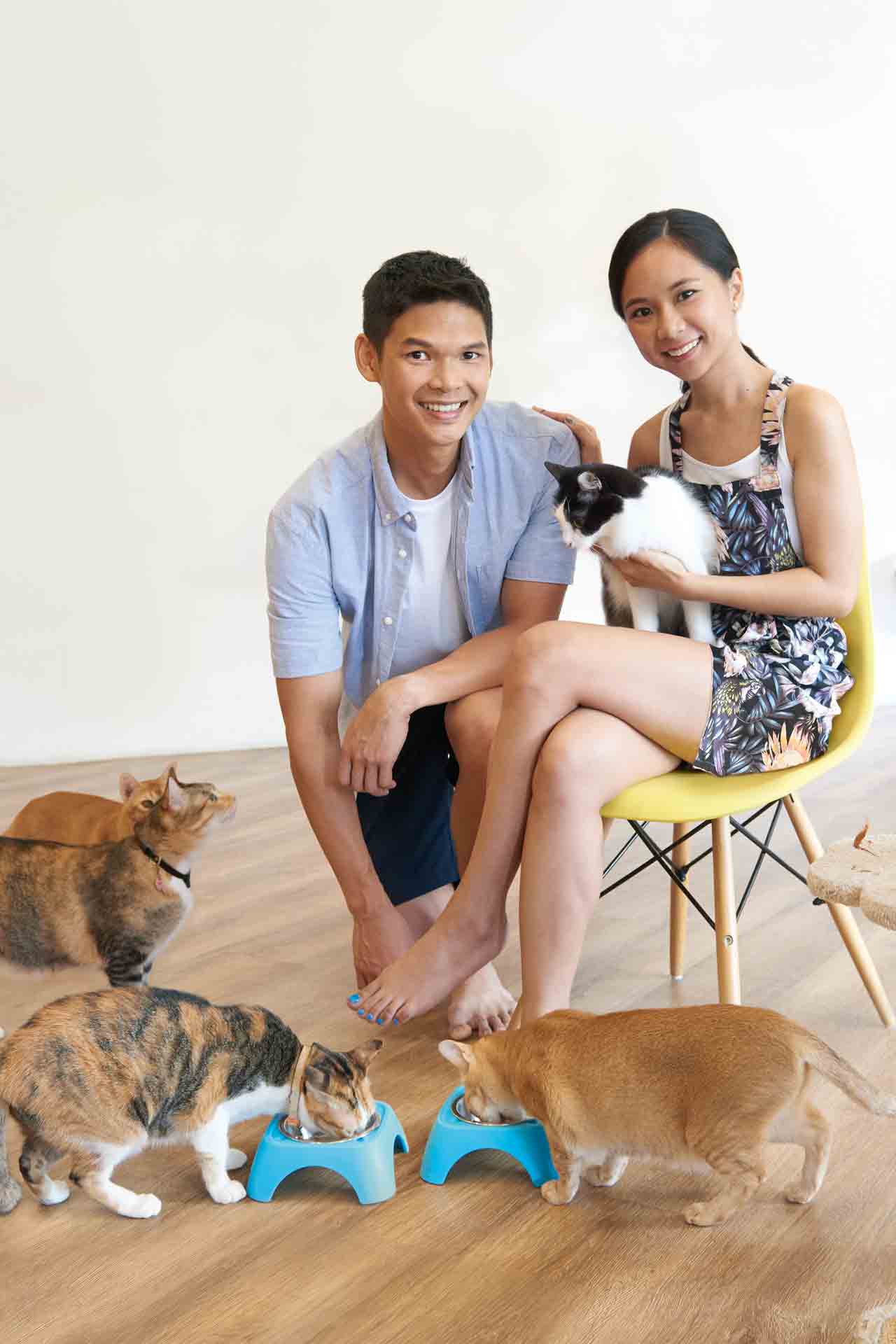 Major (MAJ) Charles Eu and his girlfriend Geraldine Leong are cat lovers. A new cat-themed attraction? The pair, who met online two years ago, would have likely visited it before — they have been to the Cat Museum which shuttered in June 2018, as well as many adoption centres.

It was no surprise, then, that Ms Leong decided to adopt a cat when MAJ Eu was away for studies as it reminded her of him.

MAJ Eu joined the Singapore Armed Forces in 2008 during his second year of National Service, where he served as a Platoon Commander in 40th Battalion, Singapore Armoured Regiment.

Today, he is a Staff Officer in the Systems Integration Office, where he works closely with defence engineers from the Defence Science and Technology Agency and DSO National Laboratories.

"I manage future projects for the Army," explained MAJ Eu.

"I enjoy working with the engineers and seeing how technologies are being developed to improve the Army's future capabilities."