All ice on her

Tennis, swimming, track and field — Ms Alexandria Wong has been a sports enthusiast since she was a young girl. But it is the sport of ice-skating that she loves most.

Besides being captain of her school skating teams, she was crowned National Champion at the 2016 Singapore National Figure Skating Championships in the Adult Masters Category.

In 2016, she took on a new challenge as a Defence Executive Officer for Sports Promotion and Development at the Singapore Armed Forces Sports Association. "I've always been athletically inclined, so being able to reach out to various units through sports was really rewarding."

In May this year, she moved on to a new role in the Naval National Servicemen Branch where she is involved in identifying servicemen for professional courses as well as promotion.

"I've always wanted to be in a career where I can help people to achieve greater heights. Knowing that I'm contributing to an aspect of our country's defence makes it even more fulfilling for me."

Although she relishes her current job, she still dreams of performing on the ice. "I might decide to compete again, but we'll see how that goes!" This mum runs faster than you
PEOPLE
20-Mar-20 Military Expert (ME) 4 Andrew Ho and ME3 Devarajan give tips on the art of darts. He may be nearing 60, but veteran squash player and manager of the SAFSA team 1st Warrant Officer (1WO) Roger Ho is still fit to serve. 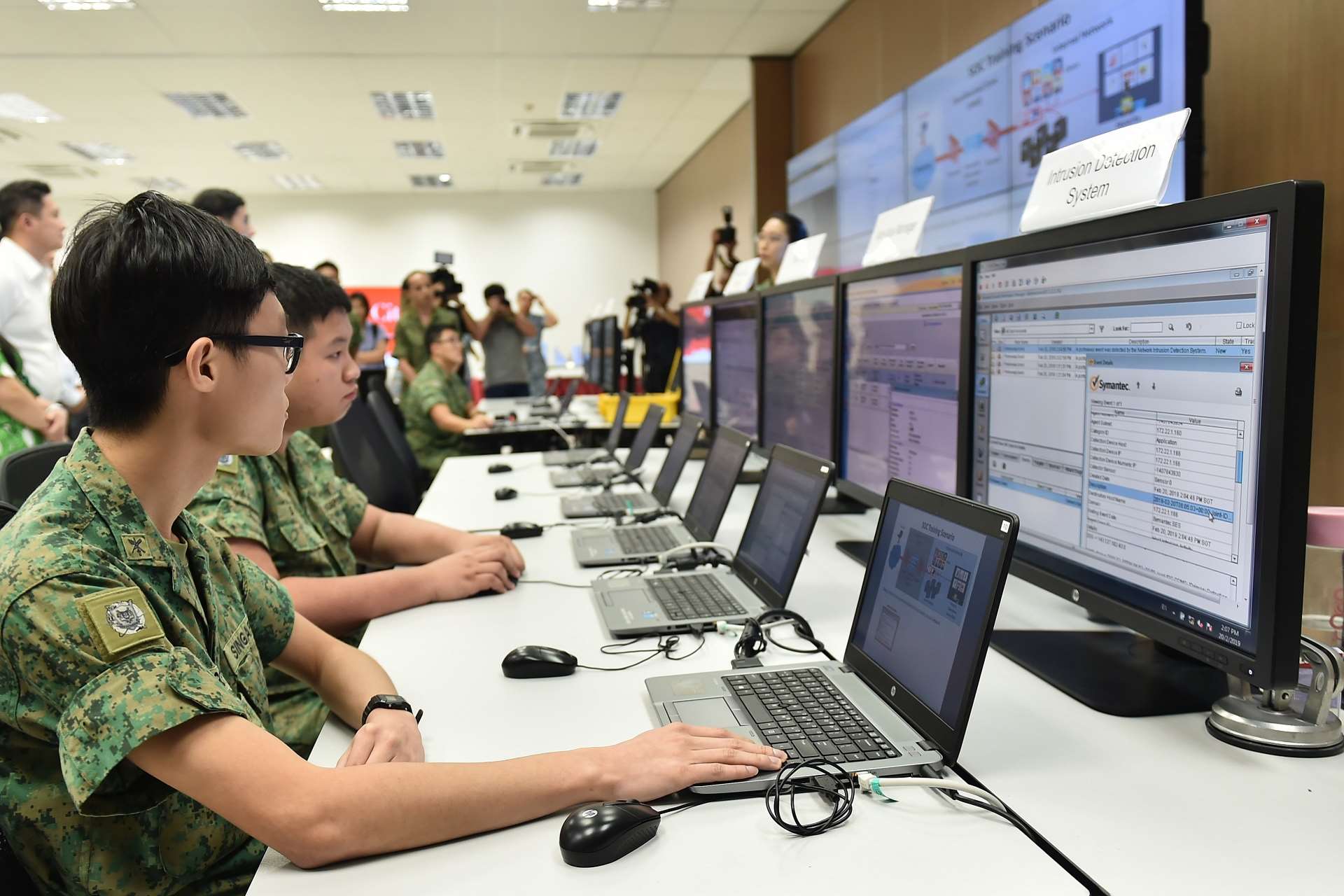 Cyberspace is the new fifth domain of warfare and the Ministry of Defence (MINDEF) is pulling all stops to boost its cyber defence capabilities.