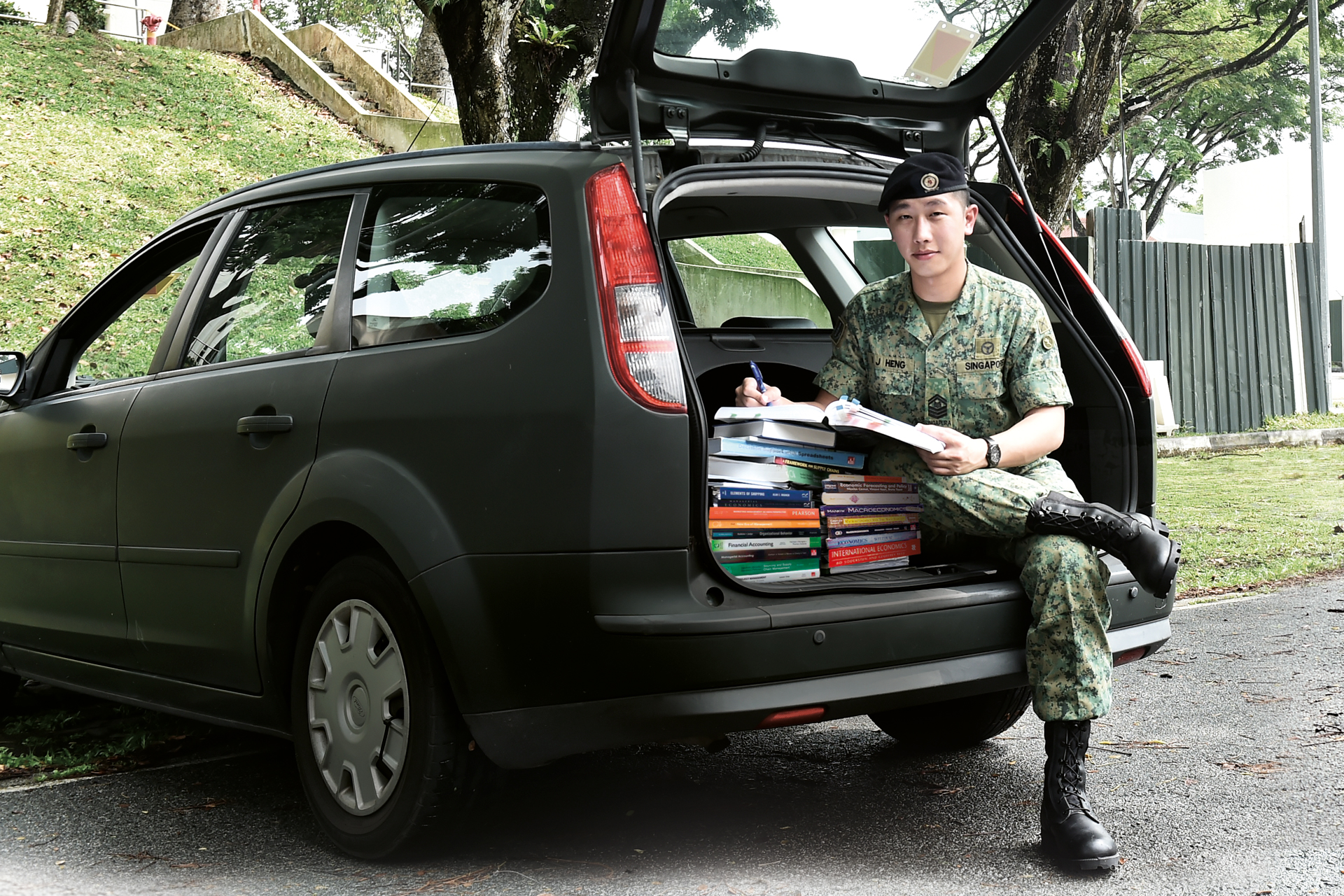 Of all the memories of his late father, Staff Sergeant (SSG) Jason Heng dug up one of an ordinary weekday night some eight years ago.

"It was late when I got home - he was sitting in the living room and asked me to come over," he recalled.

The elder Heng, the owner of a small painting business, was worried about his son's future. "He told me the reason he set up his company was because he was afraid I would have nothing to live on."

Ever the rebellious teen, SSG Heng was the black sheep of the family. While his brother - three years older - had a degree and a job, he could barely make it through his studies in the Institute of Technical Education (ITE).

No one would have guessed that down the road, SSG Heng would trade his devil-may-care attitude for discipline - choosing to take on a diploma while working and even finishing top of his course.

Slow and steady
Back in ITE, SSG Heng was always late for school, early for breaks and submitted his assignments just in the nick of time.

Though his father urged him to pursue further studies, he was unwilling and opted to join the Singapore Armed Forces (SAF) in 2011. It was a move that turned out for the good.

"After signing on, I actually had more discipline," said the Transport Leader with 1st Transport Battalion. "I think my dad was slightly relieved because he saw my behavior change."

"It was a shock," SSG Heng said. "It was devastating and we had a hard time coping for the next year."

Not long later, his brother was posted overseas for work. With just him and his homemaker-mum living together, SSG Heng was jolted to the realisation that he needed to buck up.

"I started thinking about my dad's biggest wish for me - to have a fulfilling future.

"I thought maybe I should do something to make him proud and build a better life for my family."

With encouragement from his ex-lecturer at ITE College West, as well as Senior Minister of State for Defence Dr Mohamad Maliki Bin Osman, for whom he is an SAF-assigned driver, SSG Heng decided to take on the challenge that he had long avoided.

In 2015, he enrolled into Ngee Ann Polytechnic to study for a Diploma in Business Practice (International Supply Chain Management).

SSG Heng (far right) with his mother (second from right), brother (far left) and friend, who all supported him when he took on part-time diploma studies.

On the right track
Balancing work and part-time studies was anything but easy. As a Transport Leader, the 26-year-old SSG Heng trains Full-time National Servicemen on various vehicle platforms. His work also involves supporting various administrative and operational jobs.

He is currently based in Bukit Panjang Camp where he supports the despatch of personnel and documents. He also holds a secondary appointment as a driver for Dr Maliki, hence working hours can be irregular with late nights from time to time.

"I would go for evening classes after a long day's work feeling very tired. I dreaded homework and projects," recalled SSG Heng.

But with a resolve to take his studies seriously, SSG Heng went all out, diving into research and case studies. His hard work paid off by the first semester, where he scored three straight As.

Assured that he had what it took, SSG Heng continued to push himself.

A particularly stressful period was when he had to work during the annual Shangri-La Dialogue in 2016 and 2017, which coincided with his examinations.

"It was tough because we moved around a lot between different places and our working hours were long… I had to find time to revise whenever I could."

While his mother used to nag at him to do his homework in ITE, she was now nagging him to get enough rest.

SSG Heng finally completed his 2.5-year diploma course this March. As if the certificate was not reward enough, he also earned the ST Logistics Prize, reserved for the top student of the course.

His mother was doing the laundry when he broke the news to her. "She just turned to look at me and said 'Oh, okay'. But her grin really told me everything - I could feel that she was very happy and proud of me."

SSG Heng insists that his diploma is just the beginning of his learning journey. This May, he was offered a spot in the Singapore University of Social Sciences, where he will pursue a Bachelor of Science in Logistics and Supply Chain Management.

"I must improve my skills and knowledge to value-add to the SAF," he said. 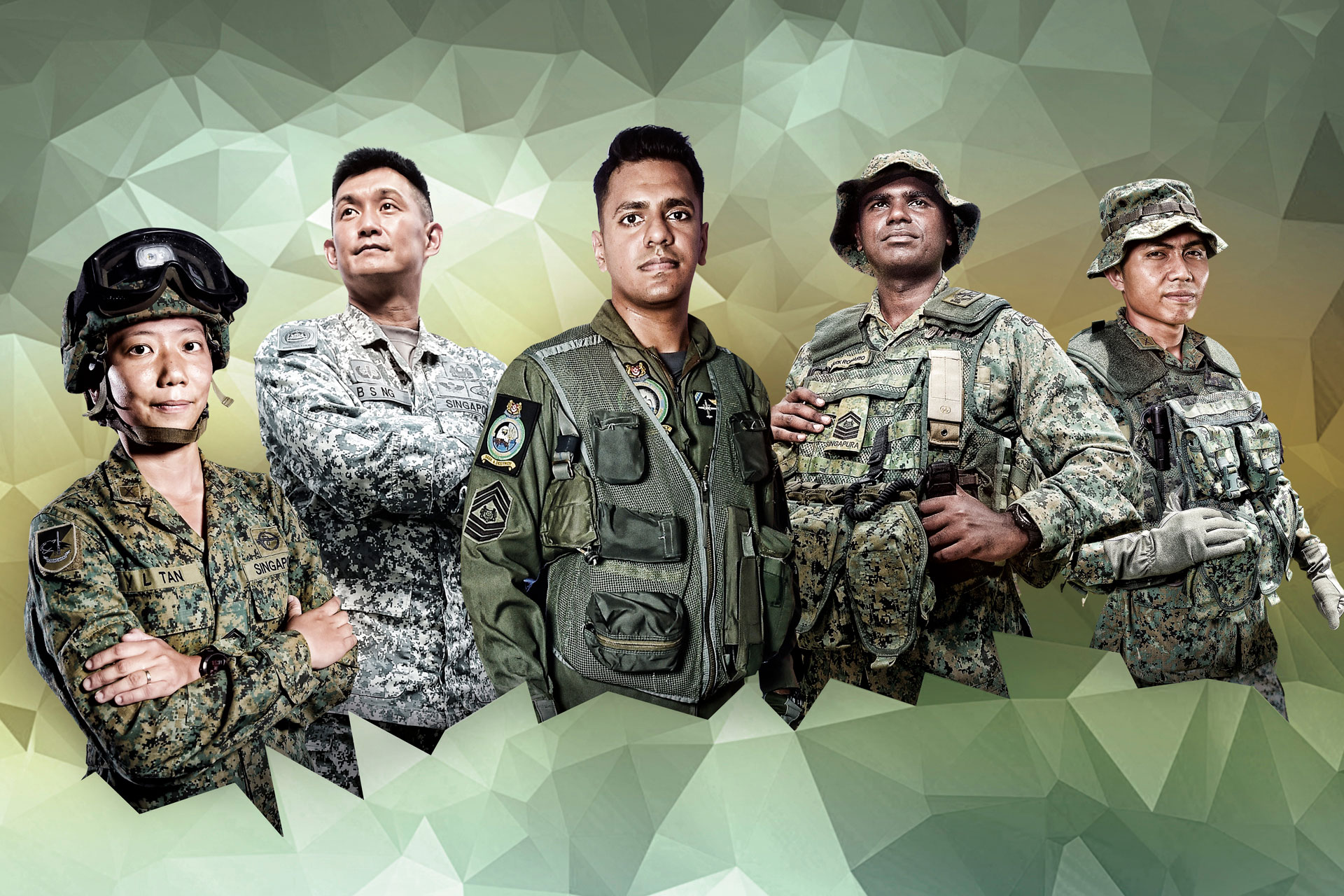 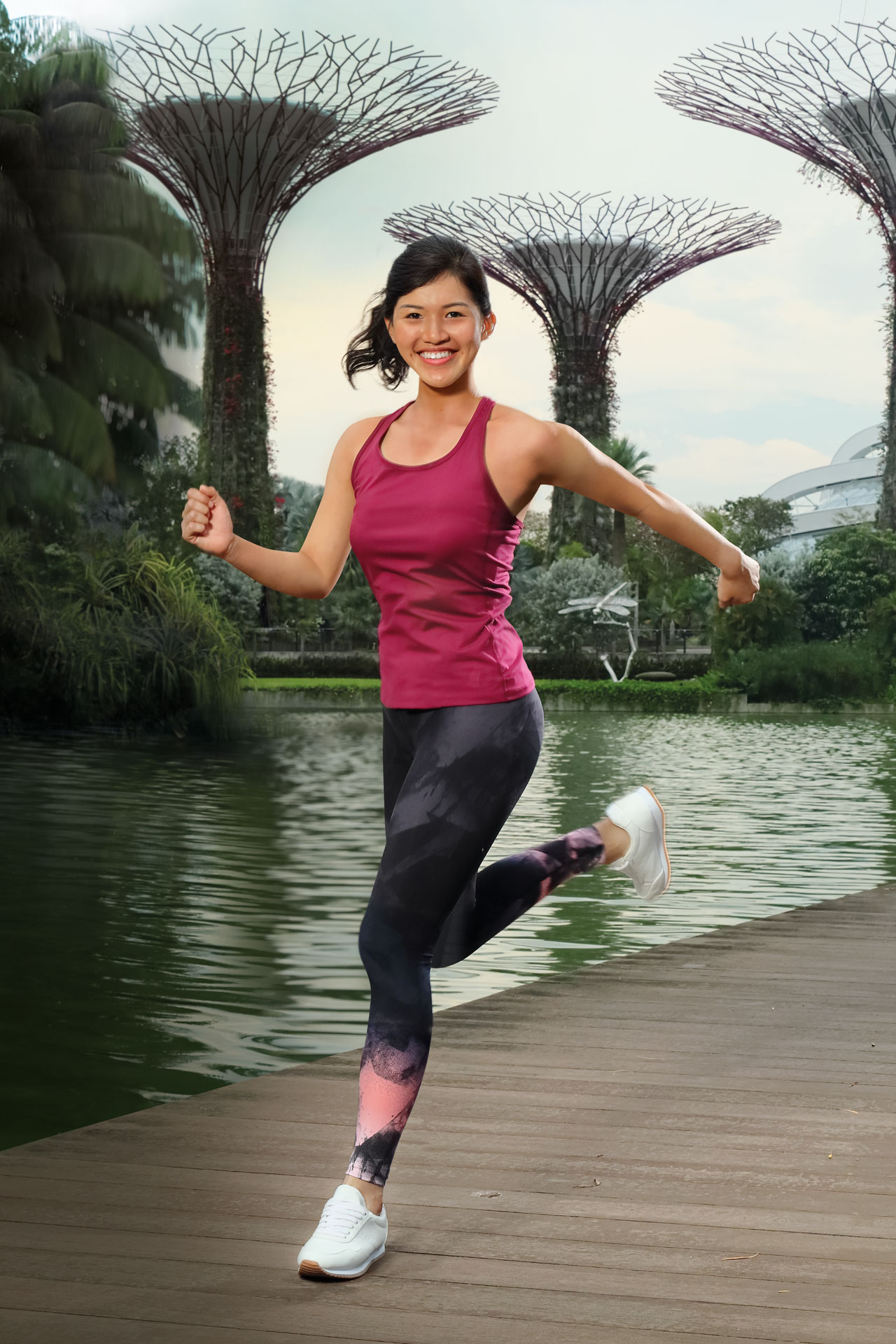 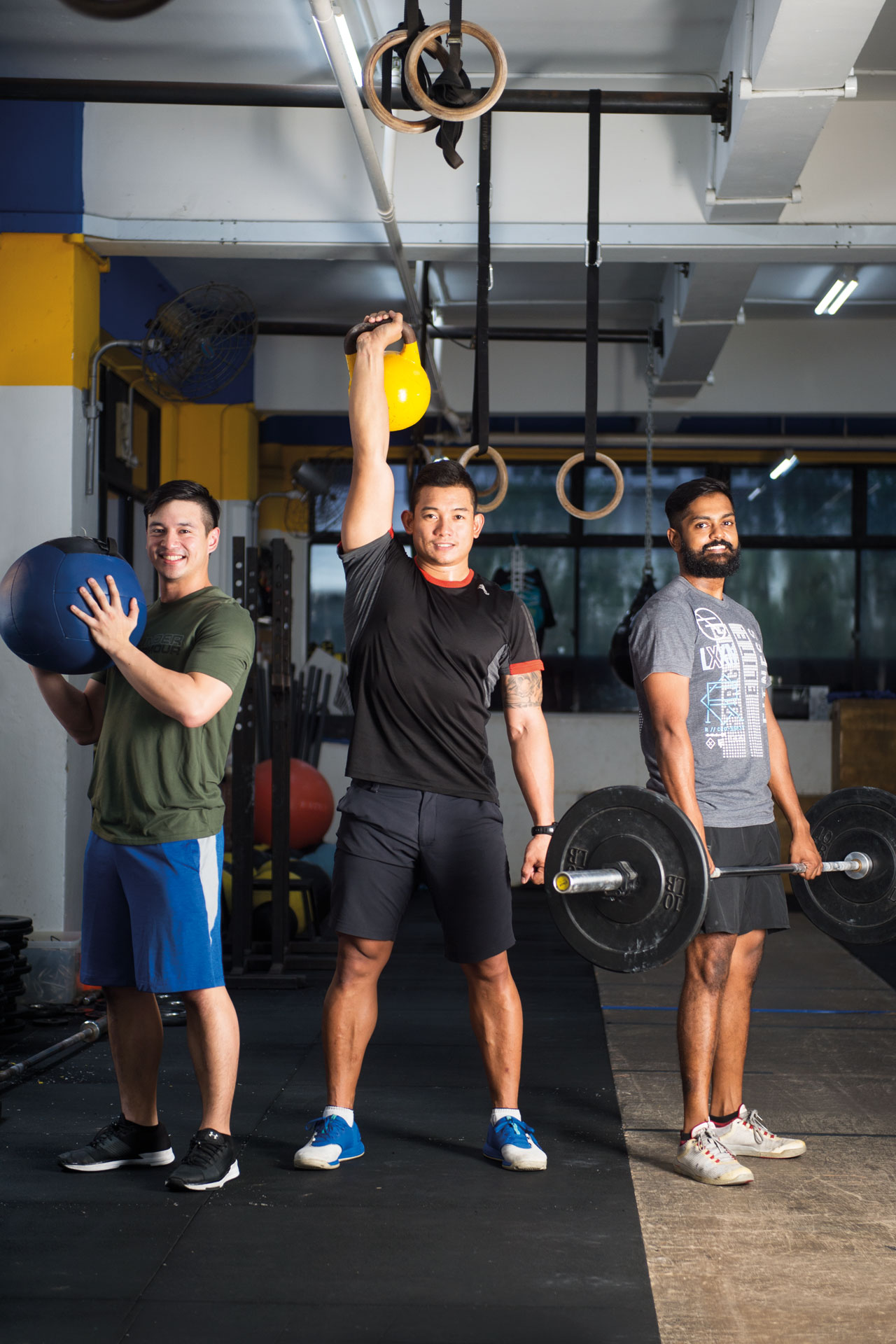 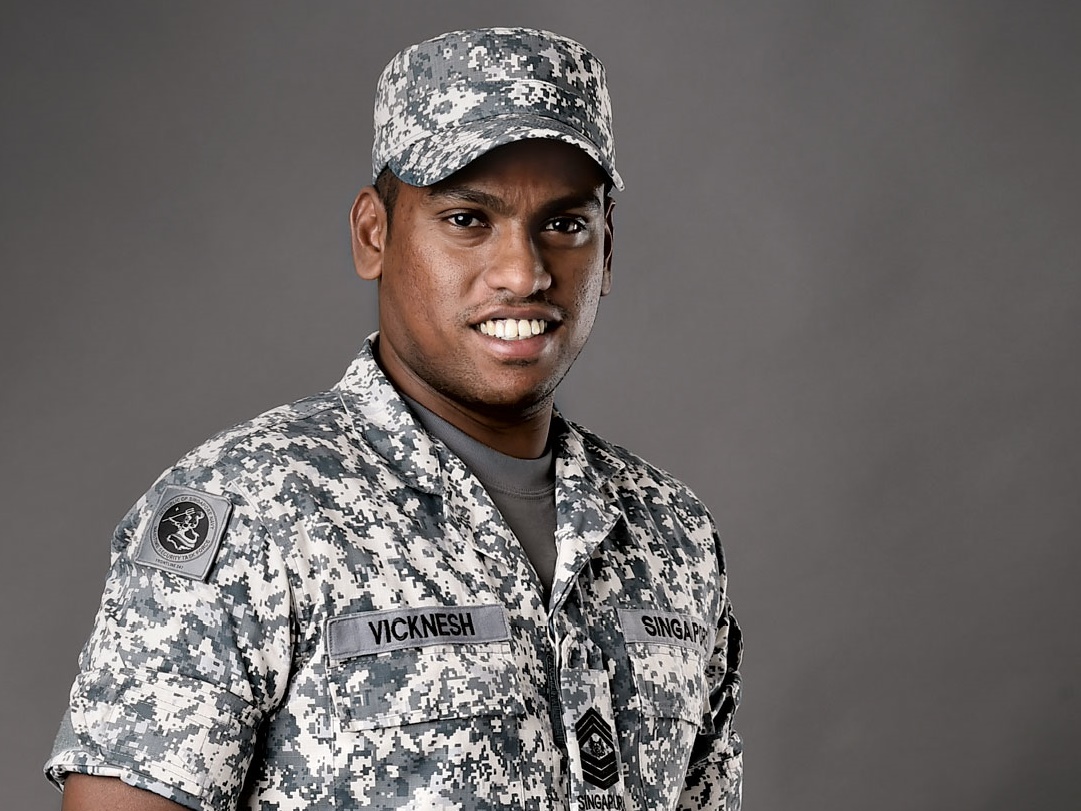 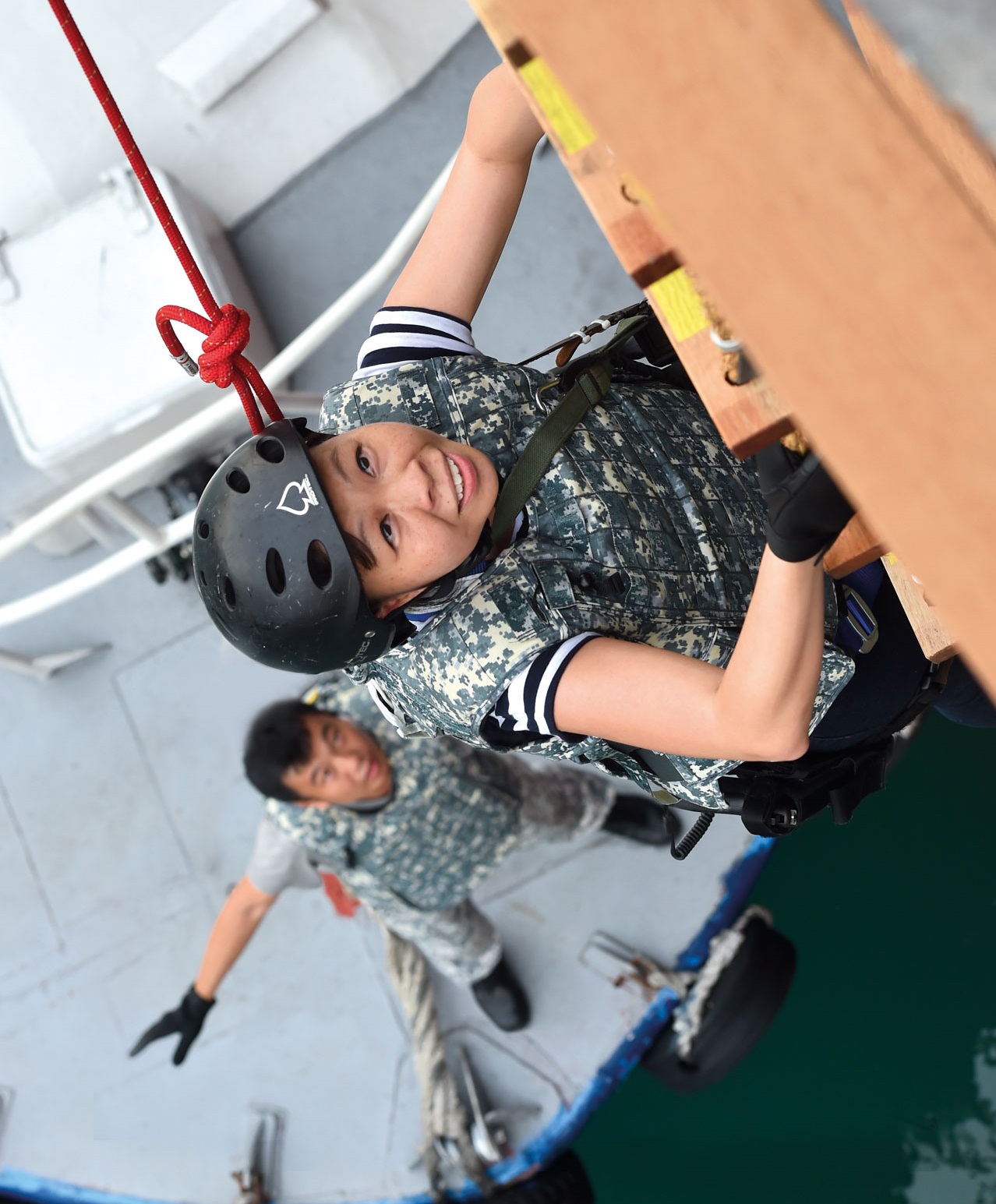