English 华文
Soldiers from the Singapore Army and US Army working together in urban operations during Exercise Tiger Balm.

They make a run for the nearby building, taking out adversaries who put up a fierce fight.

With the foothold building secured, Terrex Infantry Carrier Vehicles from the Singapore Armed Forces (SAF) roll in. Troopers swiftly dismount from the fighting machines and swoop in to capture the rest of the buildings in the area.

Infantrymen dismounting from the Terrex to launch an assault on adversaries in the building.

Elsewhere, another company of Singapore Army soldiers is gaining ground. They make their way into the final battle location – a four-storey "hotel". Two Terrex vehicles stand guard along a pathway leading to the building, providing firepower to create a safe clearing for the US troopers to cross.

Once inside, soldiers from both forces work together to take down all their enemies. With the building secured, the area is successfully defended.

Singapore Army infantrymen (centre & right) charging through an open door as a US Army soldier covers them.

This was the field training exercise scenario played out at Exercise Tiger Balm, held in Singapore from 6 to 17 Jun.

This year marked the return of the longest-running bilateral exercise between the Singapore Army and US Army in physical form after a two-year hiatus. Due to the pandemic, the exercise was cancelled in 2020 and held virtually in 2021.

As part of the integrated urban operations exercise held at the Murai Urban Training Facility (MUTF), the US Army's Stryker Combat Vehicles operated together with the Terrex vehicles under the ambit of the Combined Task Force.

The Singapore Army's Terrex vehicles providing suppressive firepower as US Army troops cross a clearing to get to their next mission objective.

The exercise was supported by the SAF's STrike ObserveR Mission team and the US Army's Fire Support Team, which carries out intelligence activities for the US Army National Guard's field artillery team.

As part of Exercise Tiger Balm, the two armies also conducted a series of command post exercises, where they planned and executed battles.

Soldiers from the Singapore Army and US Army holding discussions at the command post exercise.

Training with the US Army was a golden opportunity for the Singaporean soldiers to benchmark their skills, said Brigade 2nd In-Charge of 10 SIB, Lieutenant Colonel (LTC) Khoh Chen-Ta.

"As NSmen (Operationally Ready National Servicemen), we may only come back (for In-Camp Training) for a few weeks every year. But working with a Regular army like the US Army, we can see that our abilities and capabilities are not far behind.

"We are no less committed or well-trained, and we are able to execute the missions required of us. I see my team's commitment to National Service (NS), and their performance gives me even more confidence," said the 45-year-old.

LTC (NS) Khoh was encouraged by his team’s commitment to NS and their level of competency.

The return to a face-to-face exercise was a welcomed development, said LTC Abu Bakar, Commanding Officer of 5 SIR.

"During COVID-19, we underwent some exercises that were (virtual). But with those, you lose the human factor and human touch (which limits) how well you can build relationships.

"Being able to (conduct the) exercise with them again physically makes a very big difference. So I'm really glad that the exercise is back and that we can see each other again," said the 36-year-old.

LTC Jacob M. Cross, Battalion Commander of 1-23 IN, agreed that the return to physical bilateral training had been a long time coming.

Said the 41-year-old: "We've looked forward to this for a long time (because) it gives us a great opportunity to operate in a new environment and learn from our partners.

"Training with the Singapore Army has been outstanding. They are professional, incredibly disciplined, technically proficient, and they've been gracious hosts."

The troops had also successfully met their training objectives. He explained: "Through the exercise, we've been able to focus on the three components of our training together, namely the human component, the procedural component and the technical component." LTC Abu Bakar, Commanding Officer of 5 SIR, brought his son Adam to his unit for some hands-on with the Standard Obstacle Course, camo cream and the SAR 21 in the last of this year's PIONEER Kids series. 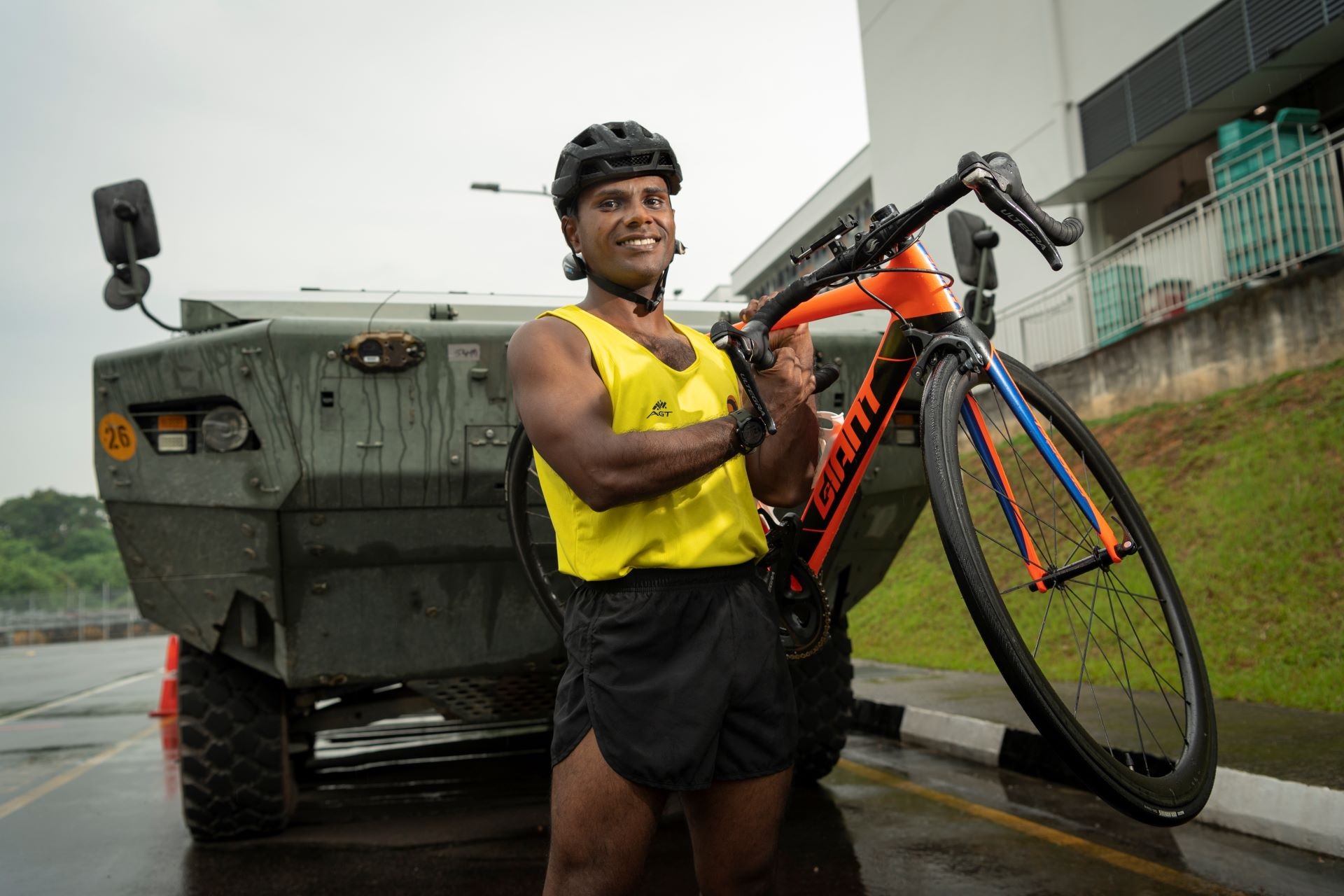 Find out how SSG Isaac Restan went from obese to fit and eventually scored full marks for IPPT in 2020 and 2022, in the first of our 100-pointer IPPT series.