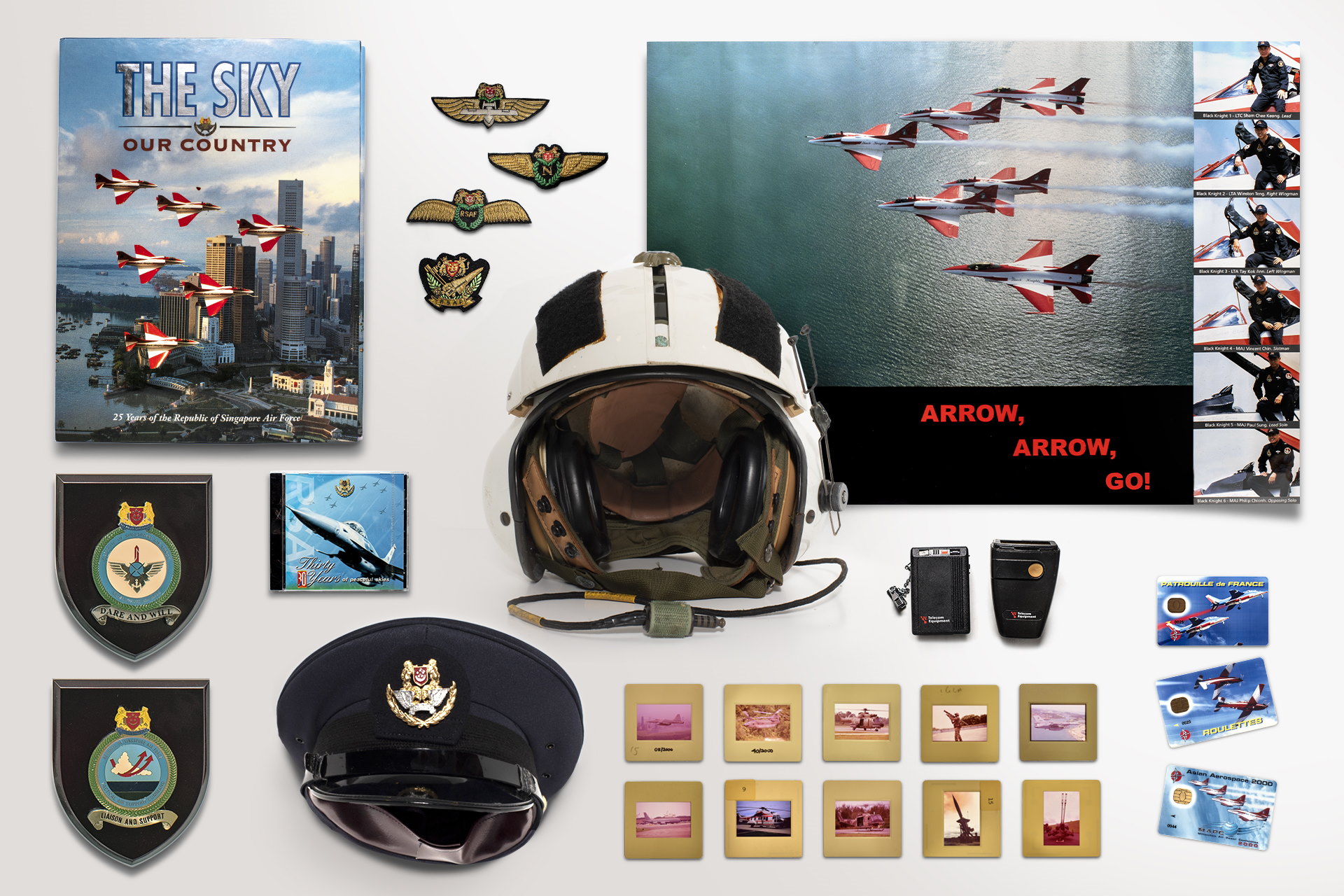 Jetting Into the RSAF's Past

Some of the 33 items that were sealed in the time capsule two decades ago to mark the RSAF's 33rd anniversary.

Here's a look at some of these nostalgic items!

This United States-made helmet was used by the pilots and aircrew of the RSAF's second-generation helicopters, which included the AS-332 Super Puma, the Bell 212 and the UH-1H.

Both the Bell 212 and UH-1H have since retired from service, while the Super Puma will be progressively replaced by the RSAF's new H225M medium-lift helicopter.

07734 – do you remember this code? #ifyouknowyouold

To teenagers in the early 1990s, owning this was the pinnacle of cool. But in the RSAF, the humble pager served a very important operational purpose: it was used to activate and call back service personnel when there was an emergency.

In the days before mobile phones, this device was the main mode of contact when one was out and about. RSAF personnel would be activated via such pagers, which would typically show the unit phone number for them to call for information about their mission.

RSAF personnel used to have different brevets for different uniforms. The colourfully embroidered fabric badges were used on the more formal No. 1 and No. 2 uniforms while the metal badges were meant for everyday use on the No. 3 uniform. Some of these brevets have since changed.

There were also different brevets for different ranks: the officers wore gold wings while non-officers (such as Aircrew Specialists) wore the silver ones. Today, everyone from the RSAF family dons a gold brevet.

Before the 3rd Generation transformation, the RSAF was structured according to the air bases. These plaques represent (clockwise from top left) the RSAF; Air Defence Systems Division; Tactical Air Support Command; Air Force School; Paya Lebar Air Base; Sembawang Air Base; Changi Air Base and Tengah Air Base.

Look into these slides and you'll feel like you're literally looking back in time. Unlike film negatives, these slide films captured the positives of photographs. To view them, you had to insert them into a slide projector and project them onto a screen.

A framed photo collage of MG (Ret) Ng (top row of photos) placing the items into the time capsule on 22 Mar 2001.

A trip down memory lane: MG (Ret) Ng (far right) unveiling the items inside the time capsule together with MG Khong (second from left). 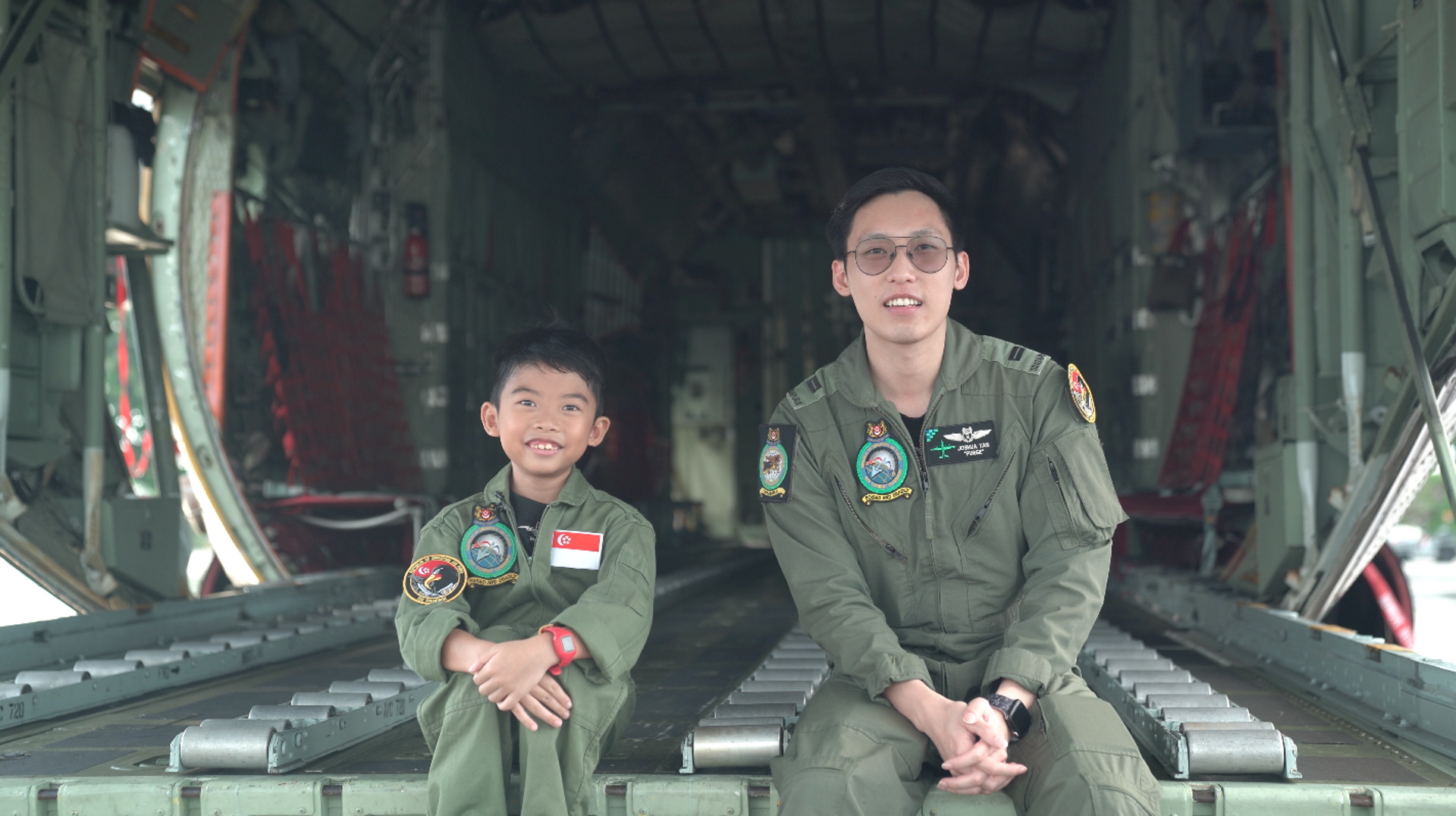