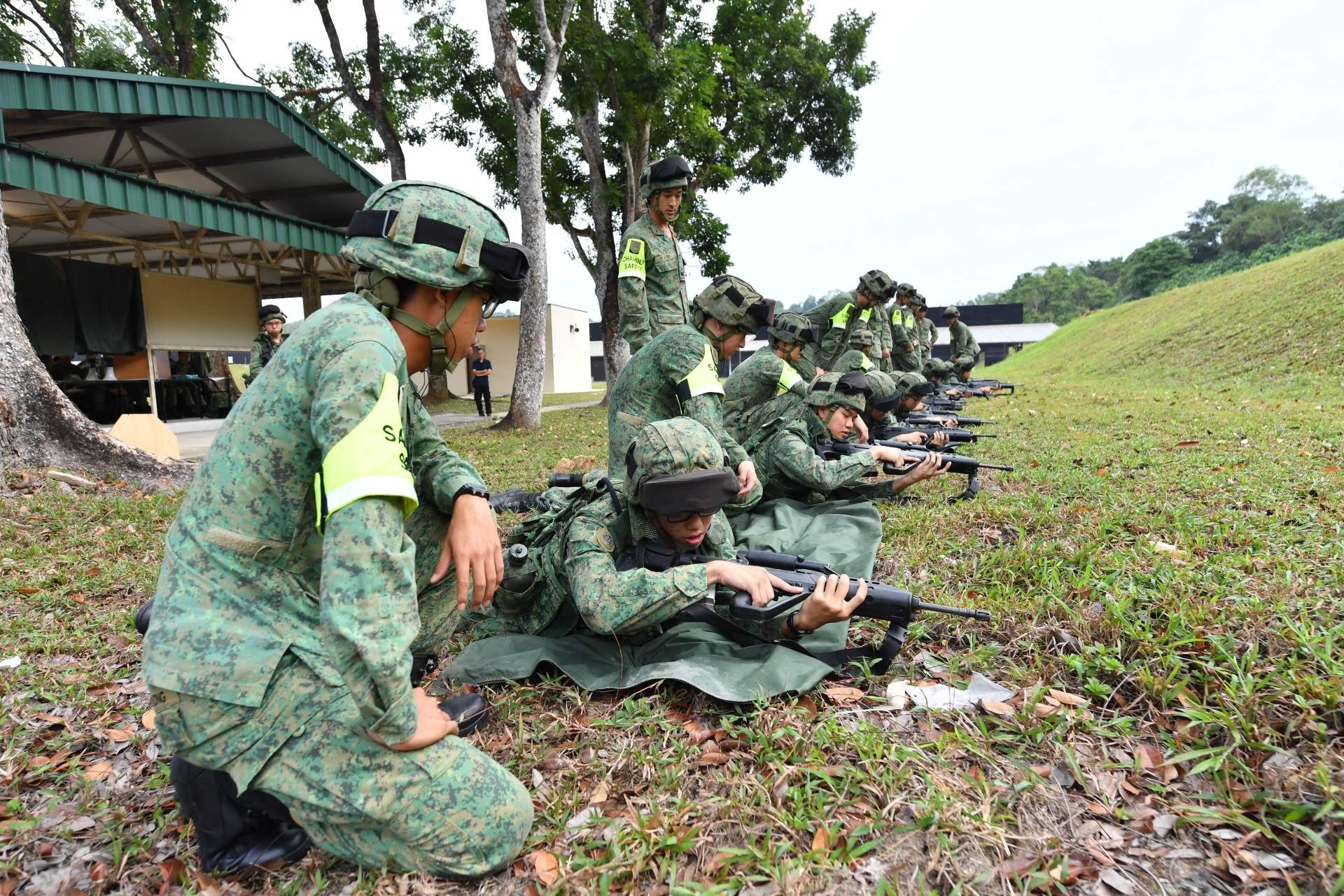 To enhance training safety, there will be mandatory inspections of all field training conducted by the Army, said Senior Minister of State for Defence Heng Chee How.

This was one of several initiatives announced by Mr Heng at the Committee of Supply debate in Parliament on 1 Mar, when he was giving an update on training safety and National Service (NS).

"Commanders have comprehensively reviewed safety management plans and the overall training tempo… The Army will also ensure 100 per cent inspection of all high risk and field training," he said.

This means that all high-risk as well as field training will undergo safety inspections at the unit level, formation level or by the independent Army Safety Inspectorate (ASI), whose role is to assess the safety and operational readiness of Army units.

Previously, inspections were only mandated for high-risk activities but not for field training that were not classified as "high risk", such as section-level tactical drills.

"Safety inspections is one of the mechanisms to ensure that the ground units are complying with safety regulations…(and also a) chance to check the competencies of the personnel involved," said ASI Head, Colonel (COL) Tong Yi Chuen.

The mandated inspections will "enforce compliance to safety regulations by our ground units and commanders," said COL Tong, who was addressing the media during a random inspection on 41st Battalion, Singapore Armoured Regiment (41 SAR) at Pasir Laba Camp on 28 Feb.

While the ASI focuses on the safety management system, it is the Inspector-General Office's job to ensure an enduring safety culture, said newly appointed Inspector-General Brigadier General (BG) Tan Chee Wee, who was also present.

"To a large extent, what we are trying to do is connect the policy level and the system level to the behaviour on the ground…(to see if) there is a gap between policy, doctrine and implementation and (how) to reduce it," said BG Tan.

In his speech, Mr Heng highlighted that the set-up of the Inspector-General Office enforces safety practices at the highest level to ensure that command emphasis on safety is consistently applied. "We will not only address individual incidents, but (also) seek to enhance training safety at every level of responsibility."

On harnessing technology to enhance safety, the Singapore Armed Forces (SAF) is working on a mobile app that will allow servicemen to inform safety officers as well as alert each other on possible safety hazards.

The "SafeGuardian" app will provide a platform for servicemen to snap photos of workplace hazards and share them instantly. The app will begin trials at naval bases this March before being implemented to the rest of the SAF in phases.

The Ministry of Defence (MINDEF) also has a slew of initiatives to show support and encouragement to its national servicemen.

From 1 Mar, Operationally Ready National Servicemen (NSmen) will no longer have to inform the MINDEF Notification Centre when they travel overseas for less than six months.

This does not compromise operational readiness, as they still need to apply for an Exit Permit before travelling for six months or longer, said Mr Heng.

Additionally, NSmen with relevant expertise in fields such as nursing and info-communications can now be deployed to these roles earlier in their training cycle, instead of having to complete their full 10-year training cycle before converting their role.

A new "SkillsFuture@NS" initiative will also be launched to offer more courses to Full-time National Servicemen (NSF) and help them transit to higher education or into the workforce.

Under the scheme, NSFs will be able to use their $350 worth of credits to take about 3,000 courses (including courses on data analytics and cybersecurity), up from just 200 online courses. These courses can then be used to obtain credit exemptions from relevant diploma or degree programmes.

Also announced was a new digital repository, "NS Memories", to allow servicemen to access official photographs of themselves and their buddies online. For mothers, wives, sisters and friends of NSmen, a camp similar to the Women's Boot Camp held in 2018 will be held this year. The first camp saw 103 women selected from over 1,000 applicants to get a taste of military life.

In concluding his speech, Mr Heng said: "The success of NS is measured by the peace safeguarded and maintained – day in, day out, year after year.

"With a strong and resilient NS system that enjoys wide and deep public support, we can continue to be confident about Singapore's future."

On the cyber front, Senior Minister of State for Defence Dr Mohamad Maliki bin Osman emphasised the importance of Digital Defence, with "digital" being the new battlefront of today.

"In the age of the internet and social media, the resilience of Singaporeans will be tested through attacks from the digital front," said Dr Maliki at the Committee of Supply debate in Parliament on 1 Mar.

"Only if everyone plays a part – the Government, businesses, communities and individuals – can we make Digital Defence a part of Singapore's DNA, and keep our defence total," he said. Digital Defence was added as a sixth pillar to the Total Defence framework at this year's Total Defence Day on 15 Feb.

MINDEF and various Government agencies are working together to build up security to strengthen cyber defence systems, noted Dr Maliki. There are also efforts to equip individuals – MINDEF is working with the National Library Board to hold information literacy workshops for recruits at Basic Military Training, aimed at training them to deal with online falsehoods.

For students, the "Guardians of the City" strategic card game has been updated to include cards on combating digital threats, such as protecting personal data and using strong passwords. Students who have played the game felt it helped them better understand these threats and how they can play a part, said Dr Maliki.

While efforts are ramped up for Digital Defence, the other aspects of defence remain as important, he said.

"The multi-faceted threats of today mean that (in order) to keep Singapore strong, we need a collective effort where everyone plays a part and take action across all six pillars of Total Defence."